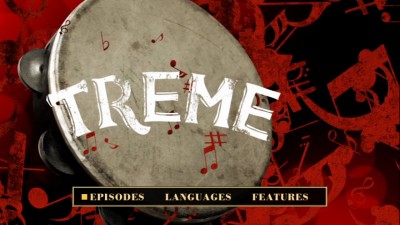 The show picks up in 2007, over two years since Hurricane Katrina, with the citizens of New Orleans still rebuilding but maybe seeing the possibility of real progress. Janette (Kim Dickens) is coming back from New York and partnering with an eager moneyman to open a new restaurant. Annie (Lucia Micarelli) is looking at a management deal and record contract following the death of her friend and the popularity of the song they wrote together. Sonny (Michiel Huisman) is clean and considering marriage. Davis (Steve Zahn) has turned his ups and downs as a musician into a possible opera and a record label. Opportunities abound. Even outsiders are getting in on the action. Nelson Hidalgo (Jon Seda, a perfect new-money boor) has come from Texas to set up shop and get some of that government cash to demolish and rebuild water-damaged homes.

I've written before, both in my reviews of the second and the final seasons, of my love of the way Treme mimics real life. The characters work and love and create with the same open-ended commitment as most of us go about our day to day. Each season is more about a segment of time than it is about conventional fictional arcs. That said, of the four years this exceptional series was on the air, Treme: The Complete Third Season is the one with the most plot. Specifically, in addition to the individual pursuits of the characters listed above, crusading lawyer Toni Bernette (Melissa Leo) is teaming with principled police detective Terry Colson (David Morse) and investigative journalist L.P. (Chris Coy) to continue her efforts to right wrongs done in the name of Katrina and expose police corruption. This season, she targets a specific cop, and Colson goes to some extreme measures to make a point. They also start dating. This provides a fairly strong throughline beginning to end. 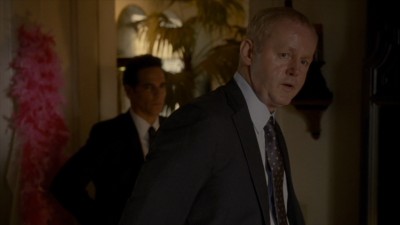 Of course, the major draw of Treme continues to be the culture and the music that makes New Orleans what it is. There is Davis' opera and Annie's fiddle playing, but each episode also has scenes in clubs and bars where real musicians play themselves and their music. Also, sax player Antoine Batiste (Wendell Pierce) has taken to teaching at the high school, and he gets involved with showing the younger generation the old ways. You may not think you like New Orleans jazz, but trust me, Treme will give you a taste for it.

On the more serious side, LaDonna (Khandi Alexander) is still dealing with her assault the year before, and it affects her work and her marriage. And big Indian chief Albert (Clarke Peters) discovers that he is sicker than he thought. The life changes bring them together when LaDonna opens up her bar for his tribe to rehearse for Mardi Gras, a staple of Treme.

Treme: The Complete Third Season is, unsurprisingly, another excellent cycle of episodes, and crucial to the series as a whole in how it sets up the fourth and final season. It's not necessarily the best place to start if you've never tried the show before, but it's essential to the whole, which now comes off as one giant, sprawling movie. The kind of ensemble production Robert Altman only dared dream of. 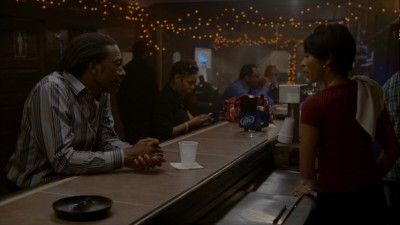 Video:
All ten episodes are included on four discs, shown in their widescreen aspect ratio, available to play one at a time or back-to-back via "play all." Resolution is excellent, with good color timing, matching the show's high-definition broadcasts.

Sound:
The soundtrack is given a great 5.1 audio mix, with emphasis placed on making the music come alive. Dialogue is easy to hear, and there are no discernible glitches.

A French dub is also provided in 5.1, and there is a Spanish 2.0 track. Subtitles are also available in all three languages. This includes English Closed Captioning, as well.

Extras:
HBO packaged Treme: The Complete Third Season in a handsome folding box, giving each disc its own tray and also including a handy episode guide with story title, writing credits, and director credits. 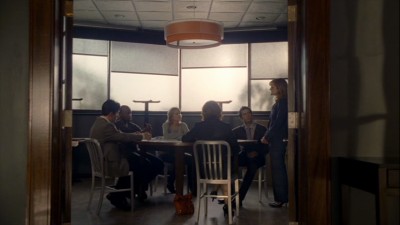 Five audio commentaries are included, covering half the episodes, featuring cast and crew, including creator David Simon; writers Anthony Bourdain, Eric Overmyer, and George Pelcanos; and cast members Khandi Alexander, Rob Brown, Clarke Peters, and Wendell Pierce. There are also scene-specific commentaries re;ated to the musical numbers, featuring music experts Josh Jackson and Patrick Jarenwattananon. There is likewise a feature that gives you more information about the music through an on-screen interface during the episodes, should you so desire.

Three different featurettes focus on David Simon, the real-life chefs who appear on the show, and New Orleans musical legacy the Neville Brothers.

FINAL THOUGHTS:
Highly Recommended. Treme: The Complete Third Season is the pivotal and perhaps best cycle in the highly missed television drama. This season focuses on the usual cast of characters, but with an emphasis on life changes and trying to get back to normal...and all the travails that can bring. HBO had a real winner on their hands with Treme, it's sad that it couldn't keep going, but at least it will be available for new audiences to find and enjoy in excellent DVD sets like this one. 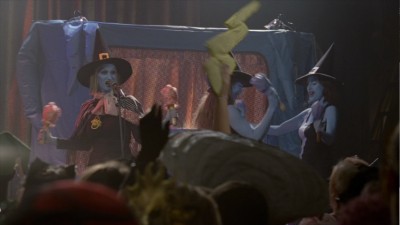