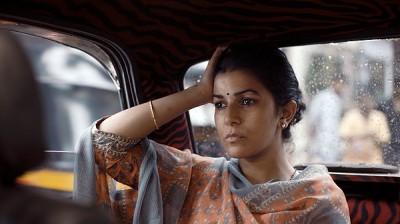 Romance has always been one of my favorite genres. Lately, though, the people who make romantic movies tend to miss more than they hit. The cookie-cutter rom-coms and Nicholas Sparks adaptations keep coming; Cupid keeps loading up the cinematic arrows, but his vision appears to be blurry.

The Lunchbox is a refreshing change of pace. The Indian drama relies on genuine characters and grown-up emotions to stoke the passions of romance, rather than meet-cutes and cloying dialogue. It's a story about falling in love that seduces the audience at the same time as its characters inadvertently seduce each other.

First-time film actress Nimrat Kaur stars as Ila, a married mother of one. Every day, Ila makes lunch for her husband (Nakul Vaid), which she then hands to a specialized delivery service that distributes hot meals to workers all across the city. Fed up with her spouse taking no notice of her or her efforts, Ila is trying out a new recipe in hopes the quality will shock her husband into pay attention. It's the exact wrong time for something to go awry, but that's exactly what happens. Somewhere, instructions got mixed up, and the special food is dropped by the desk of another man. Saajan (Irrfan Khan, Life of Pi) is an accountant one month away from retirement. A widower, Saajan lives a solitary existence, cut off from other people. His lunches normally come from a cheap restaurant service. He immediately notices the difference. 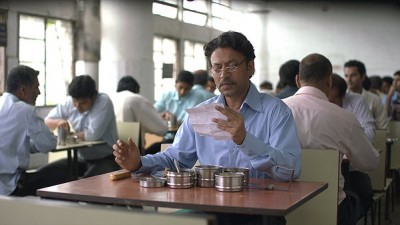 Ila catches on pretty quick that her food is going to the wrong place, but instead of correcting the mistake, she sends Saajan a note with the next day's repast. She is hoping that whoever is getting the lunches will appreciate what its intended recipient never has. Saajan answers her letter, and their correspondence becomes a daily occurrence, each eagerly awaiting the delivery of the lunchbox to find out what the other has to say.

It's a simple premise, and director/co-writer Ritresh Batra smartly keeps it that way. The story stays almost exclusively with its two main characters, observing how their lives change as their correspondence grows more personal with each passing day. Saajan begins to come out of his shell, while Ila's newly opened eyes allow her to see how bad things have gotten in her marriage. A few unforeseen developments give the woman new reason to want to get away from her husband and start over, and the question begins to arise: can she and Saajan meet and make a go of things together?

I won't say much more than that, there are actually a few surprises in store for the audience. All I will say is that Batra stays smart right up until the end, avoiding genre clichés or easy resolutions. The real story here is how these two potential lovers reveal themselves, and how the narrative invites us to take part in this intimacy. Both Ila and Saajan are very real people who find happiness in their shared travails. He offers her wisdom and experience, and she offers him the warmth that has been missing since his wife passed. Both Khan and Vaid give fantastic performances. They mainly work in isolated space, keeping their letters close to their chests, sharing very little with those around them. Also quite good in the film is Nawazuddin Siddiqui as Saajan's replacement, an over-eager, cagey individual who unwittingly nudges Saajan toward reclaiming his life.

The Lunchbox should find the heart of most romantics. Its pleasures are subtle, yet rewarding, and Ritresh Batra offers a tantalizing glimpse into the everyday culture of modern-day India. Though not as overt as other movies that use cooking and food as a way to embrace life (Big Night, Like Water for Chocolate, Babette's Feast, etc.), there is much to be gleaned from how carefully Ila chooses and prepares each day's offering. At the very least, you're going to leave The Lunchbox craving Indian food. If you choose to indulge your hunger, hopefully you'll also have someone you can invite along to satiate that craving with you. 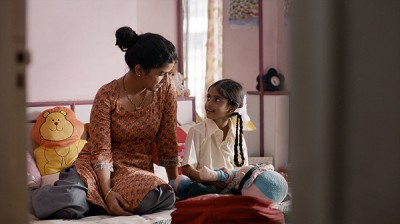