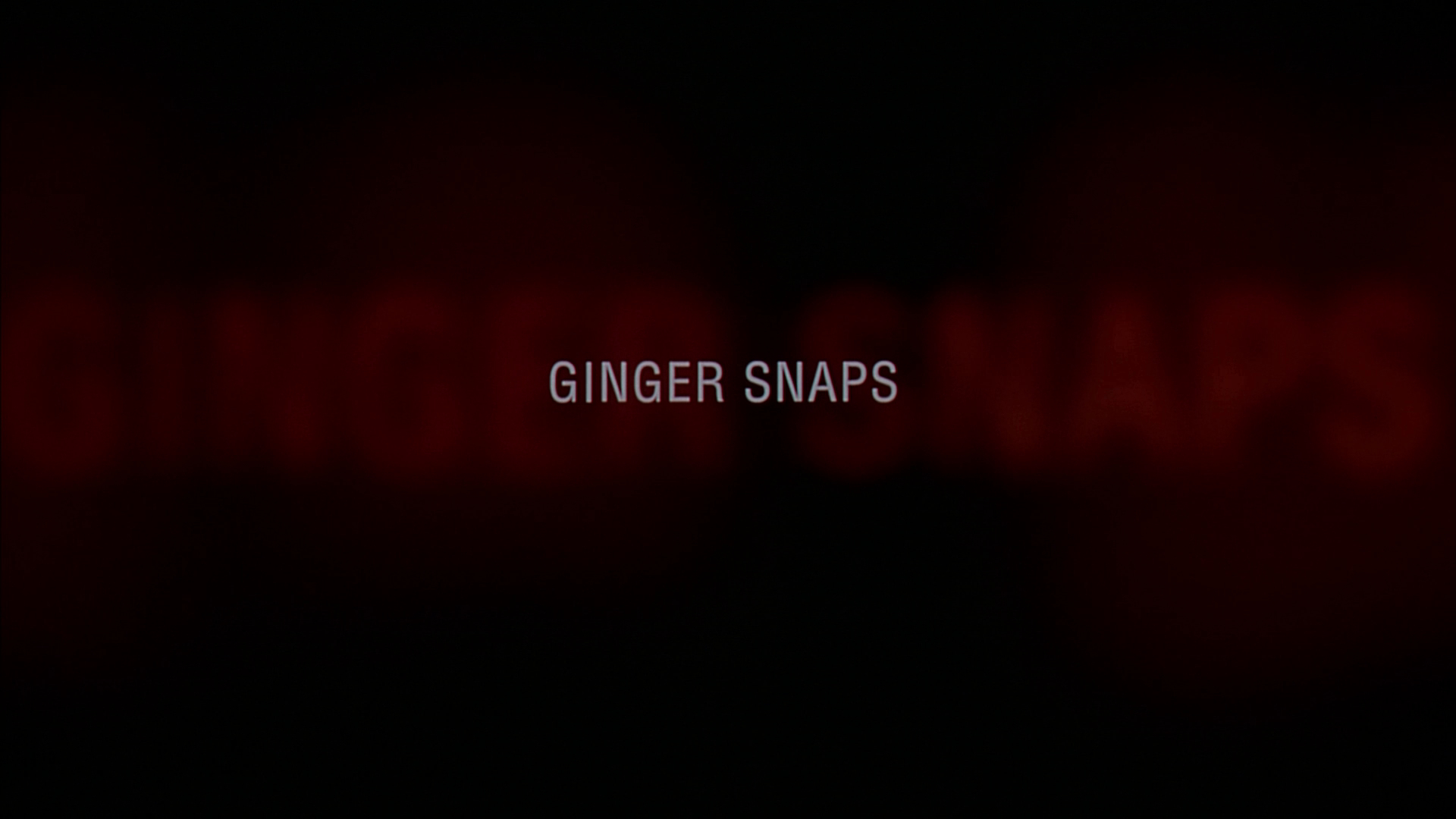 One of only a small handful of good werewolf horror films, Ginger Snaps upends tradition with its two strong female leads and atypical character interactions. John Fawcett's whip-smart, darkly comedic thriller uses lycanthropy as a metaphor for puberty, and is anchored by two great performances from Emily Perkins and Katharine Isabelle. At once effective entertainment and an exploration of teenage angst, Ginger Snaps is the rare film that treats its young characters as more than walking stereotypes. There are some nifty practical effects scattered throughout, but the film works because it concentrates on story and characters instead of battering its audience with digital effects. Fawcett and his cast clearly love the horror genre, and they made something special here.

The opening credits unspool over gruesome images of murders, accidents and suicides, each involving Brigitte (Perkins) and Ginger (Isabelle) Fitzgerald. Fawcett initially tricks his audience into believing the sisters have a suicide pact, but soon reveals that the girls embrace the macabre and shoot the faux deaths for a school project. The Fitzgerald sisters are not like other girls. Dark, moody and sarcastic, Brigitte and Ginger roam the schoolyard without concern for peer pressure or the expected interests of teenage girls. Each displays a beyond-her-years realization that high school politics do not carry into the real world. Ginger is more traditionally attractive and outgoing, while Brigitte is less mature in age and personality. Pets in the girls' quiet neighborhood keep getting mauled by an unseen creature, and Ginger is attacked and bitten by a wolf-like monster while walking through the woods. Ginger's wounds rapidly heal, but she soon has her first period and begins acting aggressive and overtly sexual, much to the horror of Brigitte. 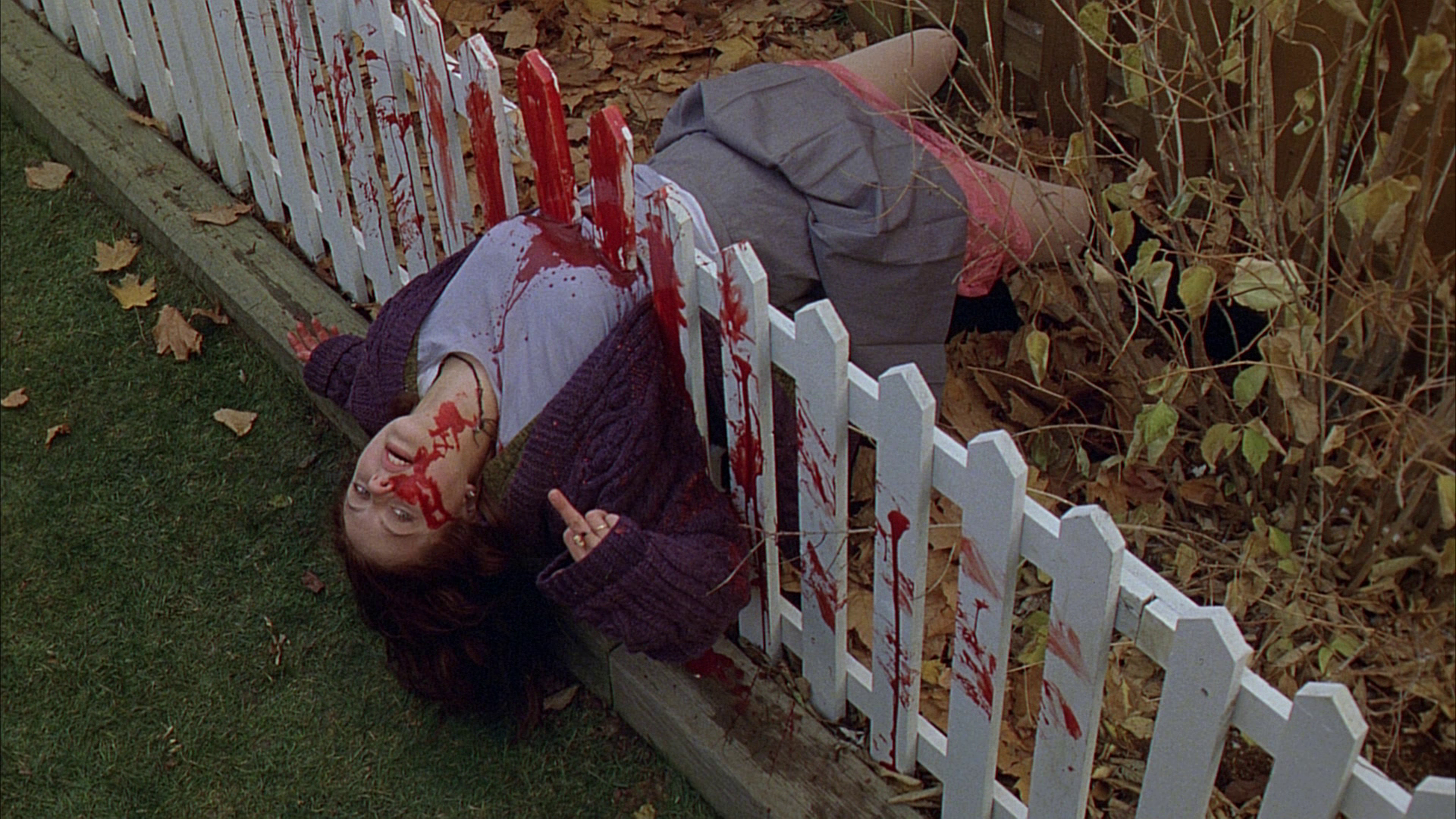 Poor Ginger does not know whether her menstrual cycle or the highly concerning animal attack is to blame for her new personality. Brigitte asks "cherry chaser" classmate Sam (Kris Lemche) for help, since he also saw the creature before hitting it with his van, and Ginger becomes more difficult to control. Ginger Snaps does a number of things successfully: The first is managing to buck the trend of awful werewolf movies. Sure, there are good ones like An American Werewolf in London and The Howling, but the list stops there. This is quite a good werewolf horror film, however, with some neat practical effects, gory kill scenes, and plenty of related humor. The lycanthropy/puberty metaphor is also used effectively. I cannot recall a movie that tackles the issue for females in quite the same way. Ginger Snaps is not content to bank on this crafty connection and go home, and also plays the clever card of portraying Ginger as far more desirable to men than she imagines. She wraps young Jason (Jesse Moss) around her finger, reels him in, and spits him out with giant werewolf wounds.

Fawcett and Karen Walton's script is frequently deadpan funny: "The words 'just' and 'cramps;' they don't go together," Ginger snaps. Brigitte and Ginger trade pointed jabs throughout the film, but none of the dialogue feels forced or anachronous. This is how teenagers talk to each other, not how some 50-year-old man thinks they talk. The girls' mother, Pamela (Mimi Rogers), is an interesting character, and between the lines of feigned exasperation and affected affection are hints of abuse and neglect. At minimum, Pamela is woefully out of touch with reality and provides some cringe-worthy laughs. There are some stock characters, too, like a pervy guidance counselor (Peter Keleghan) and the bitchy, popular-girl bully (Danielle Hampton). These are purposely cardboard, as Ginger Snaps only uses them as props to be eaten. 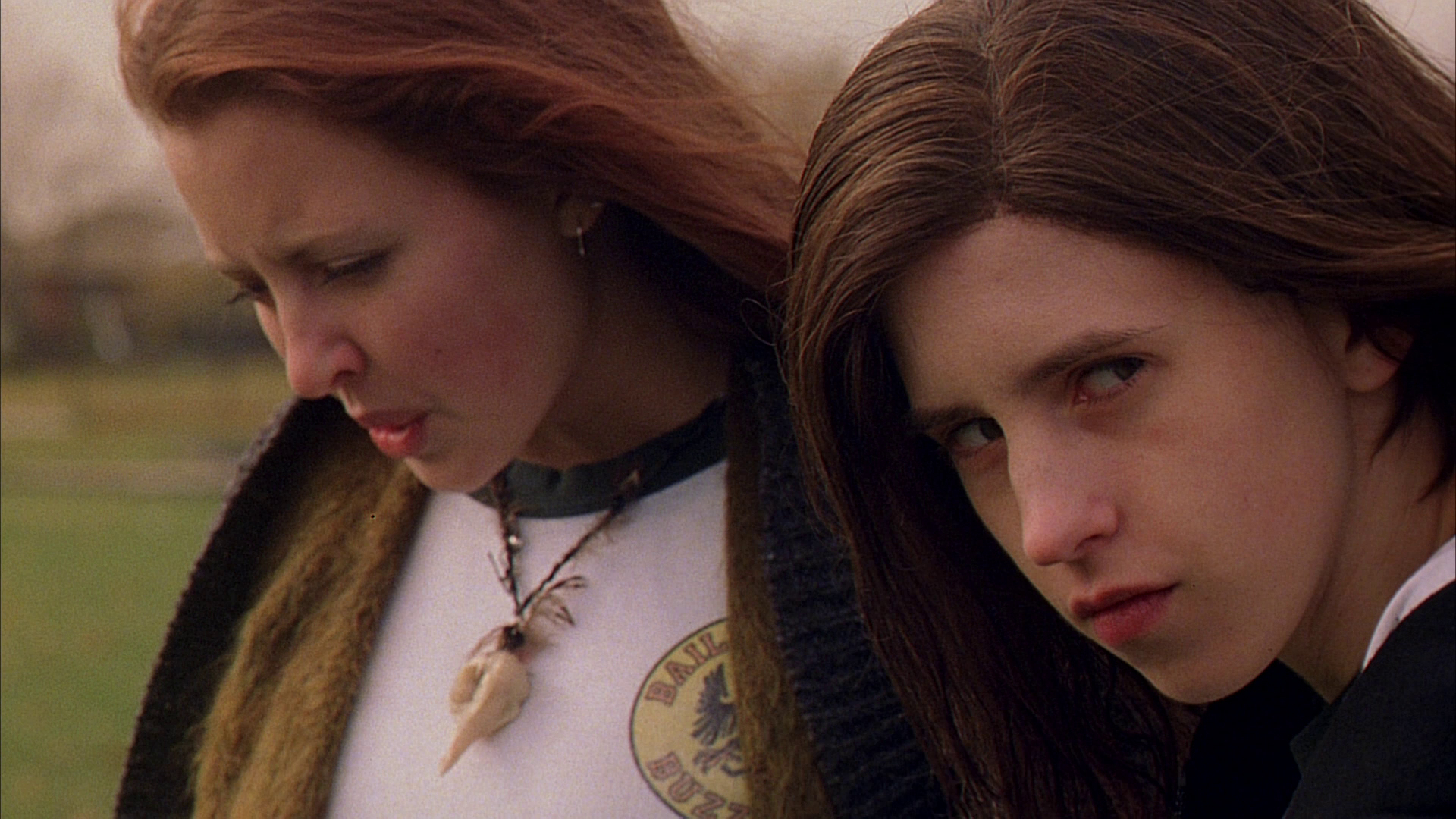 The finale runs into more familiar territory, but I enjoyed seeing Ginger in full beast mode. Most interesting is Ginger's relationship with Brigitte, which remains somewhat in tact despite her drastic transformation. There is tough love here, and these interactions make Ginger Snaps unique. We have not seen much of Perkins or Isabelle since this film, which is understandable given its low-budget origins and initial box-office failure. They play off one another well, and their performances really sell this film. Fawcett's direction and familiarity with genre trappings are impressive, and he is doing quite well as a TV director for shows like "Orphan Black". Ginger Snaps is the rare effective werewolf horror film, complete with strong characters, an interesting story and plenty of wit. The film has mass appeal, and genre fans who have yet to see it are in for a treat.

The film makes its Blu-ray debut from Shout! Factory, and the 1.78:1/1080p/AVC-encoded image is more than acceptable. This is a very low budget film, so it will never have the flash and polish of a $200-million blockbuster. That said, the HD image displays plenty of fine-object detail and has strong depth of field. There is some fairly heavy grain, and I am pleased to report that I noticed no digital scrubbing or obtrusive edge halos. The overall color scheme is not exactly vibrant, but the blood reds of the climax are bold and nicely saturated. Black levels are good, with only minor crush. I noticed some minor print damage but nothing too terrible.

The 5.1 DTS-HD Master Audio mix expands the sound field and provides some nice surround support for the action effects. The thumping paws of the wolf and its hot breath rolls around the room. Glass shattering and lockers shaking awakens the subwoofer, and directional dialogue is frequent. Effects, score and dialogue are all nicely balanced without distortion. A 2.0 DTS-HD Master Audio mix is also included, as are English subtitles. 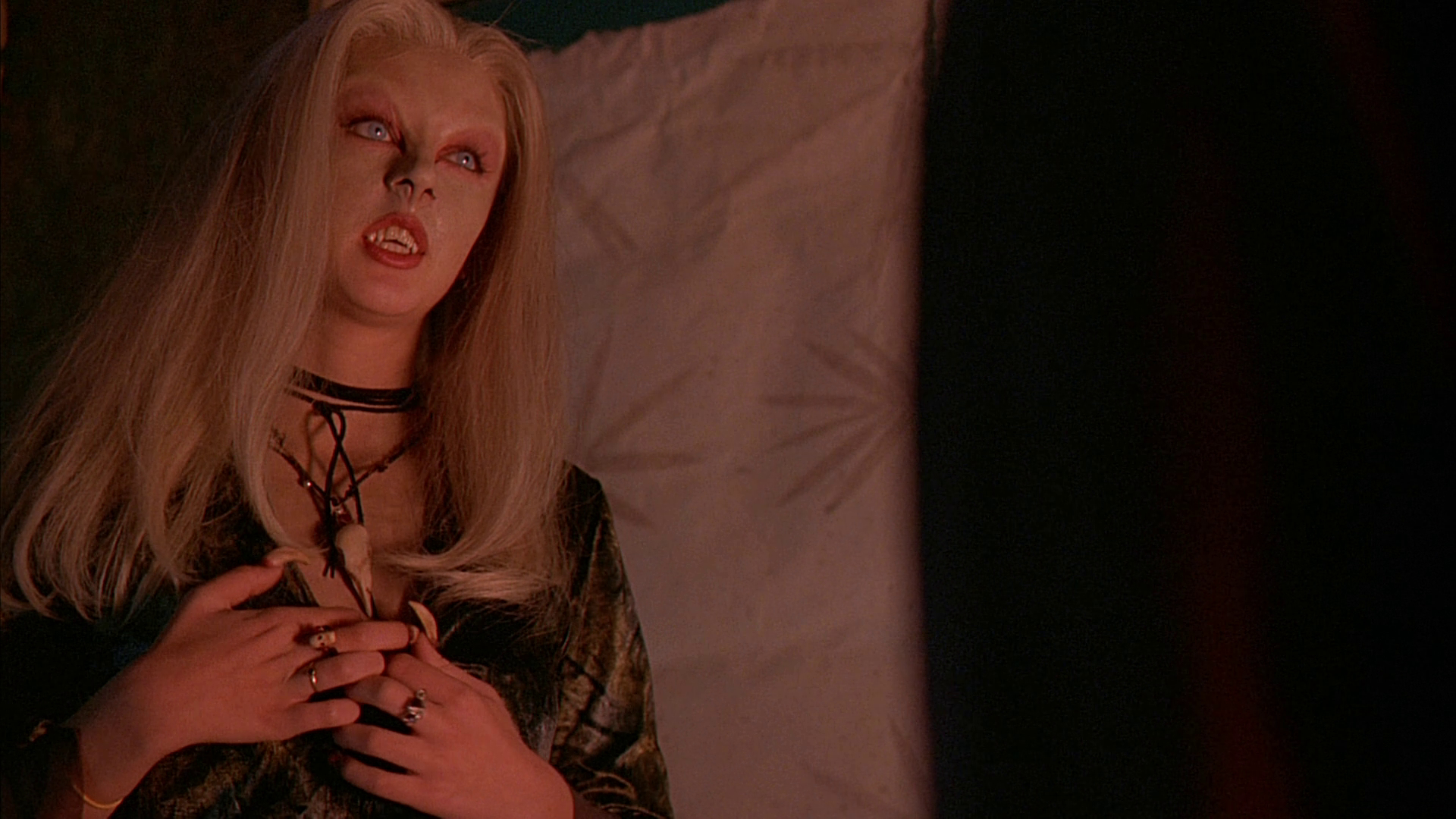 This two-disc "Collector's Edition" from Shout! includes the Blu-ray and a DVD copy of the film. The discs are housed in a standard Blu-ray case. The artwork is reversible. A newly commissioned image adorns the front; the original poster art is on the back. The slipcover replicates the new artwork. There are numerous extras; some newly created:

Darkly funny, with strong performances and exciting terror, Ginger Snaps is the rare werewolf horror film that actually works. Director John Fawcett's indie benefits from its no-nonsense leading ladies, Emily Perkins and Katharine Isabelle, and the film is more than a metaphor for puberty. The director and his cast clearly appreciate the horror genre, and fans shouldn't be disappointed by Ginger Snaps. Shout! Factory grants the film its Blu-ray debut, with a good technical presentation and numerous supplements. Highly Recommended. 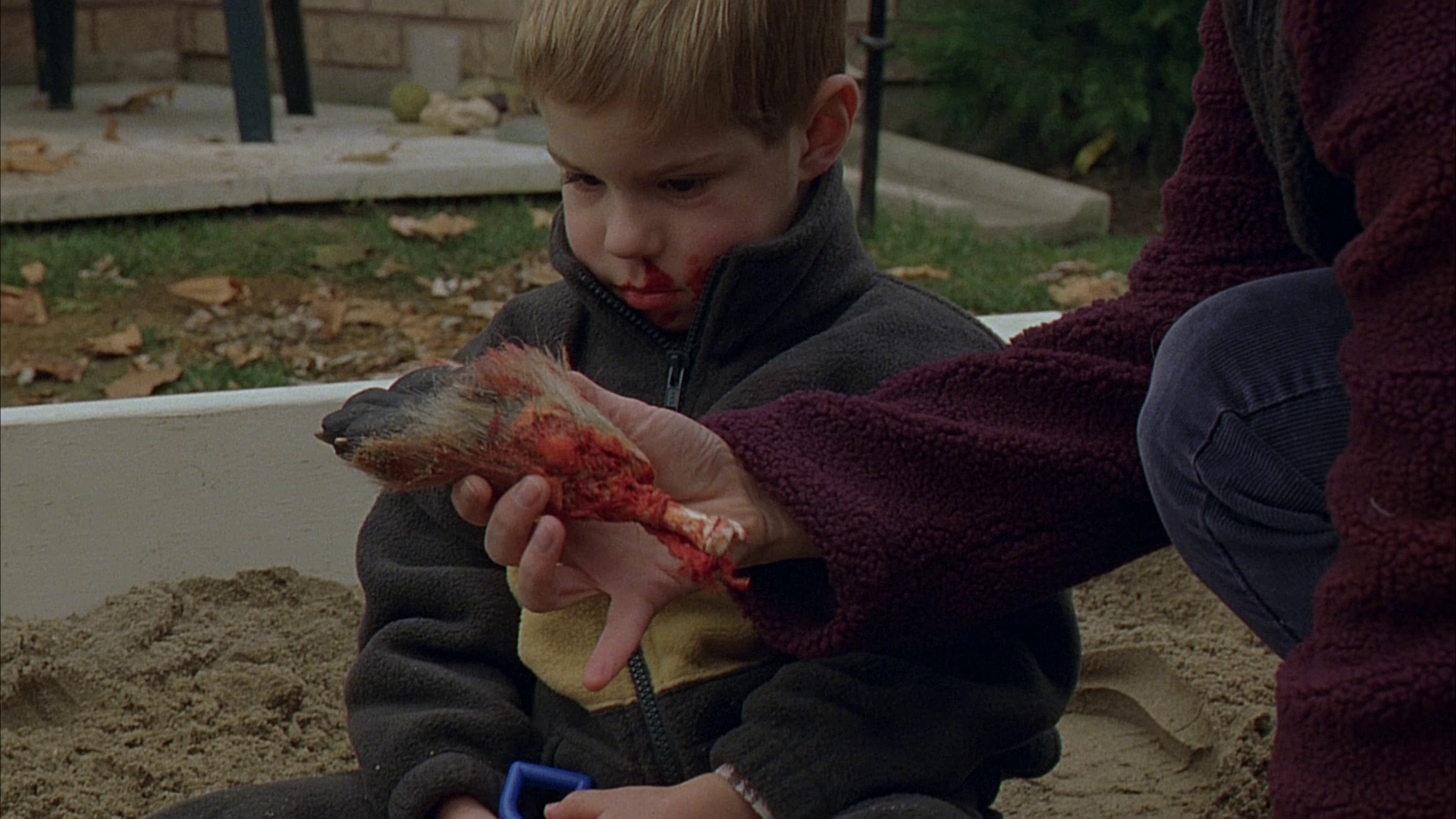 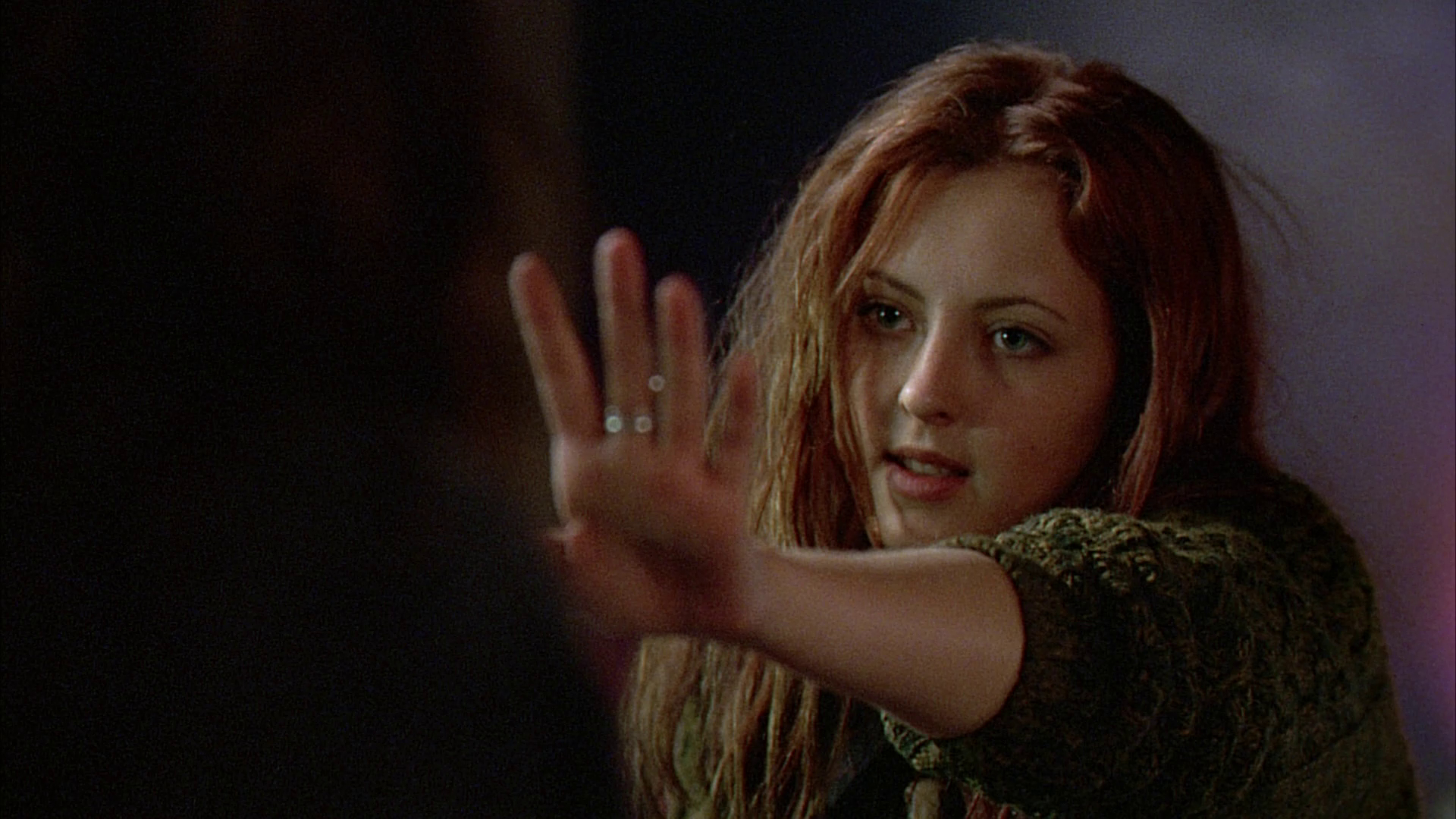 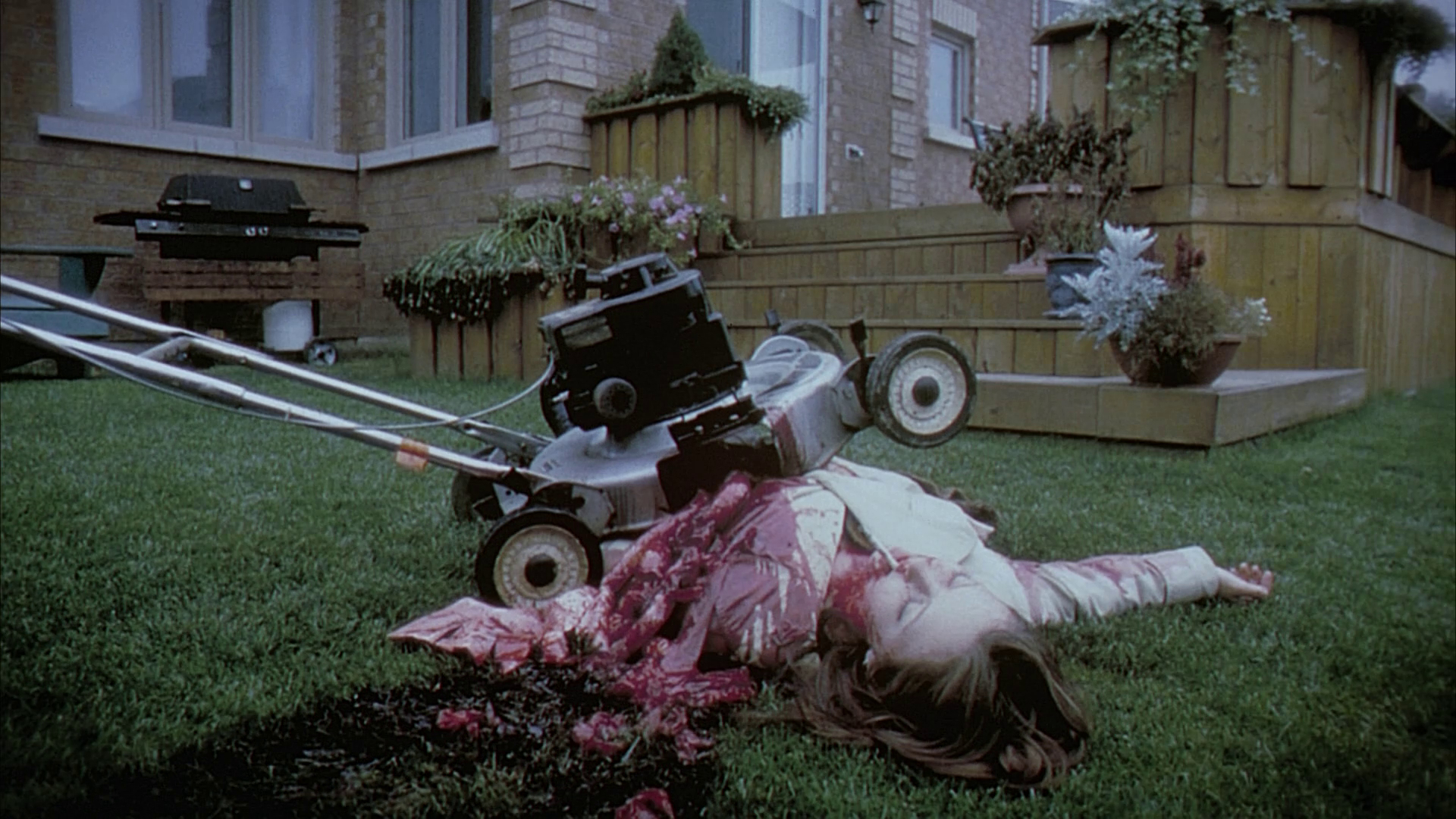 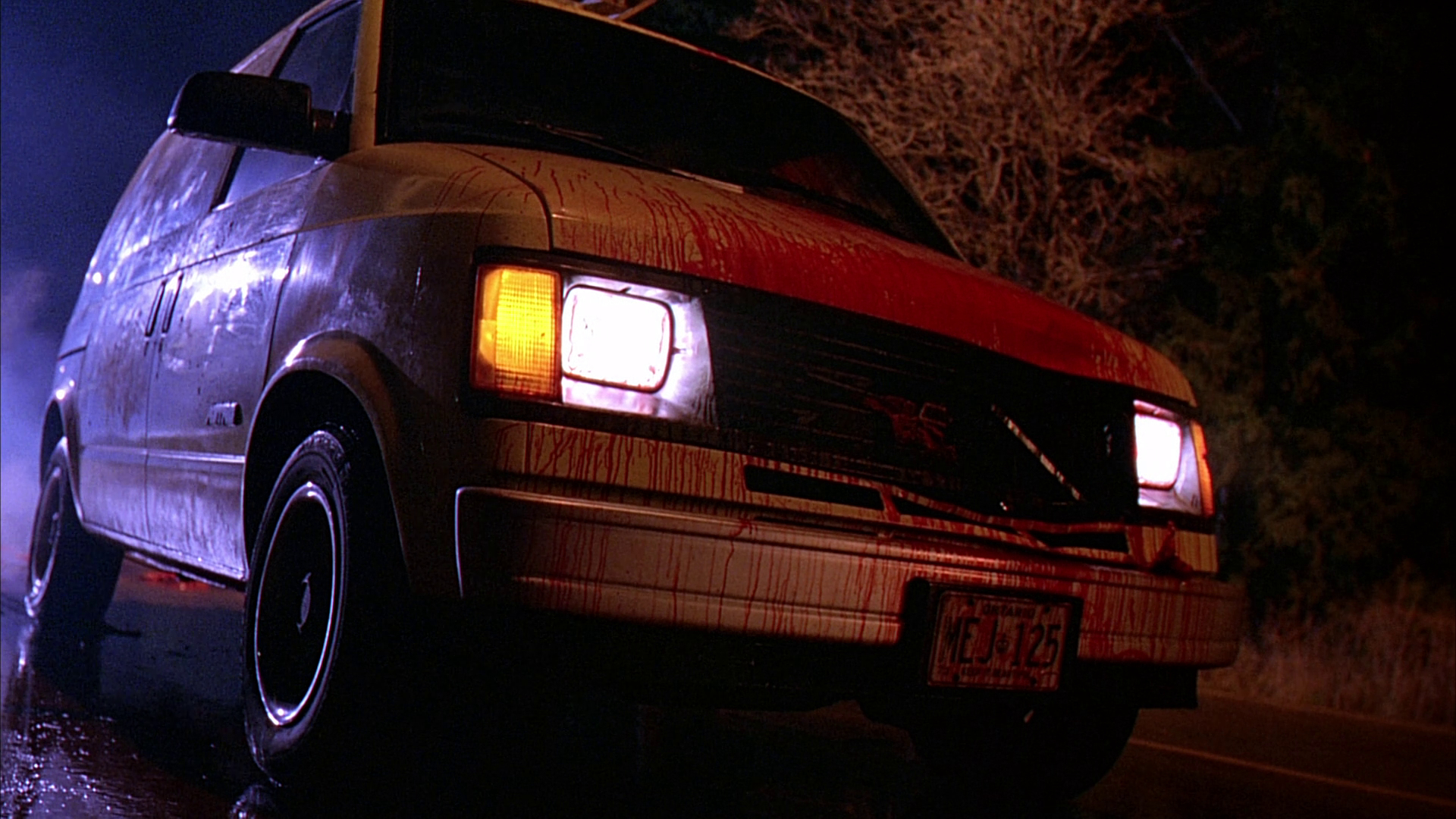 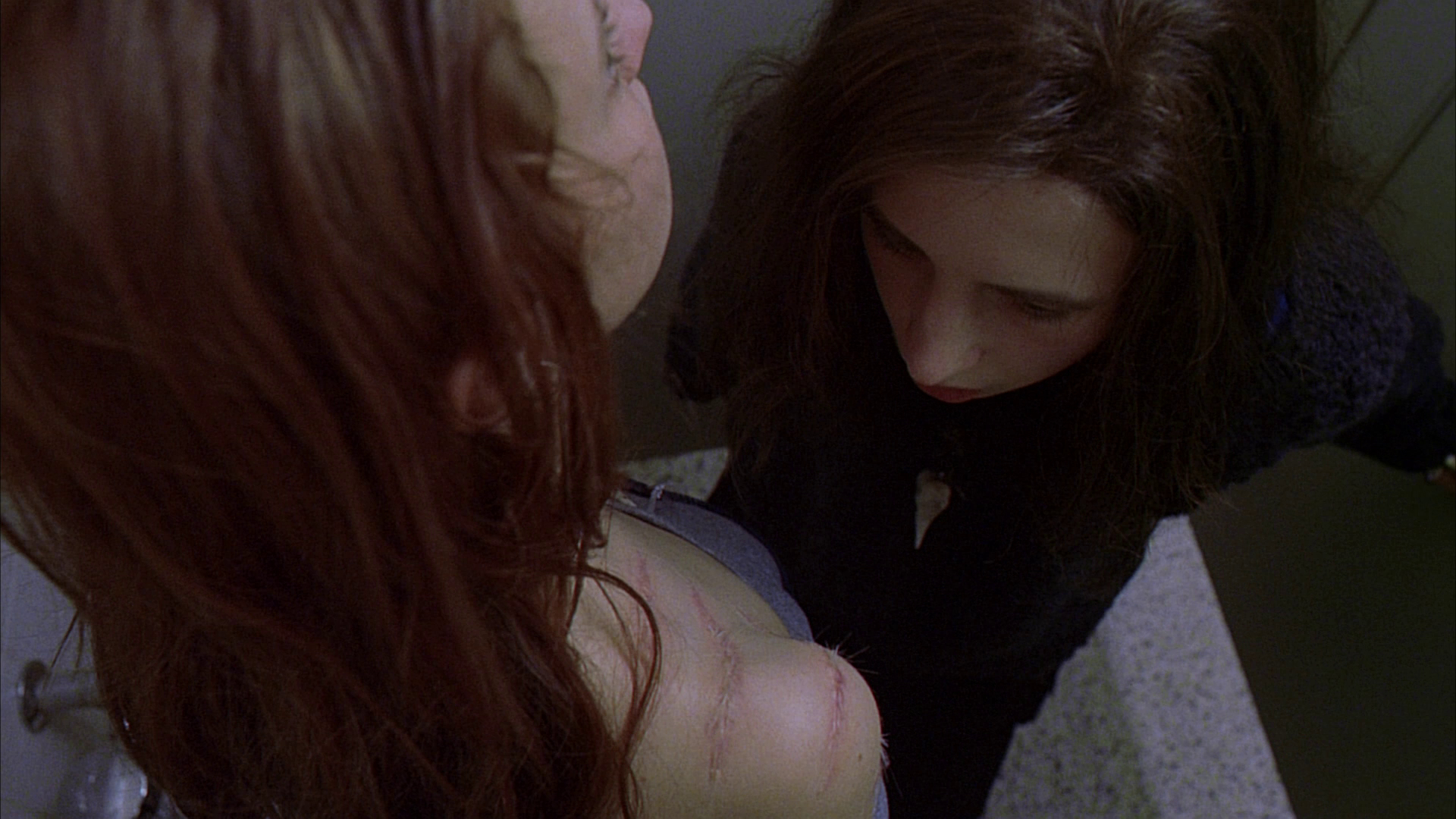 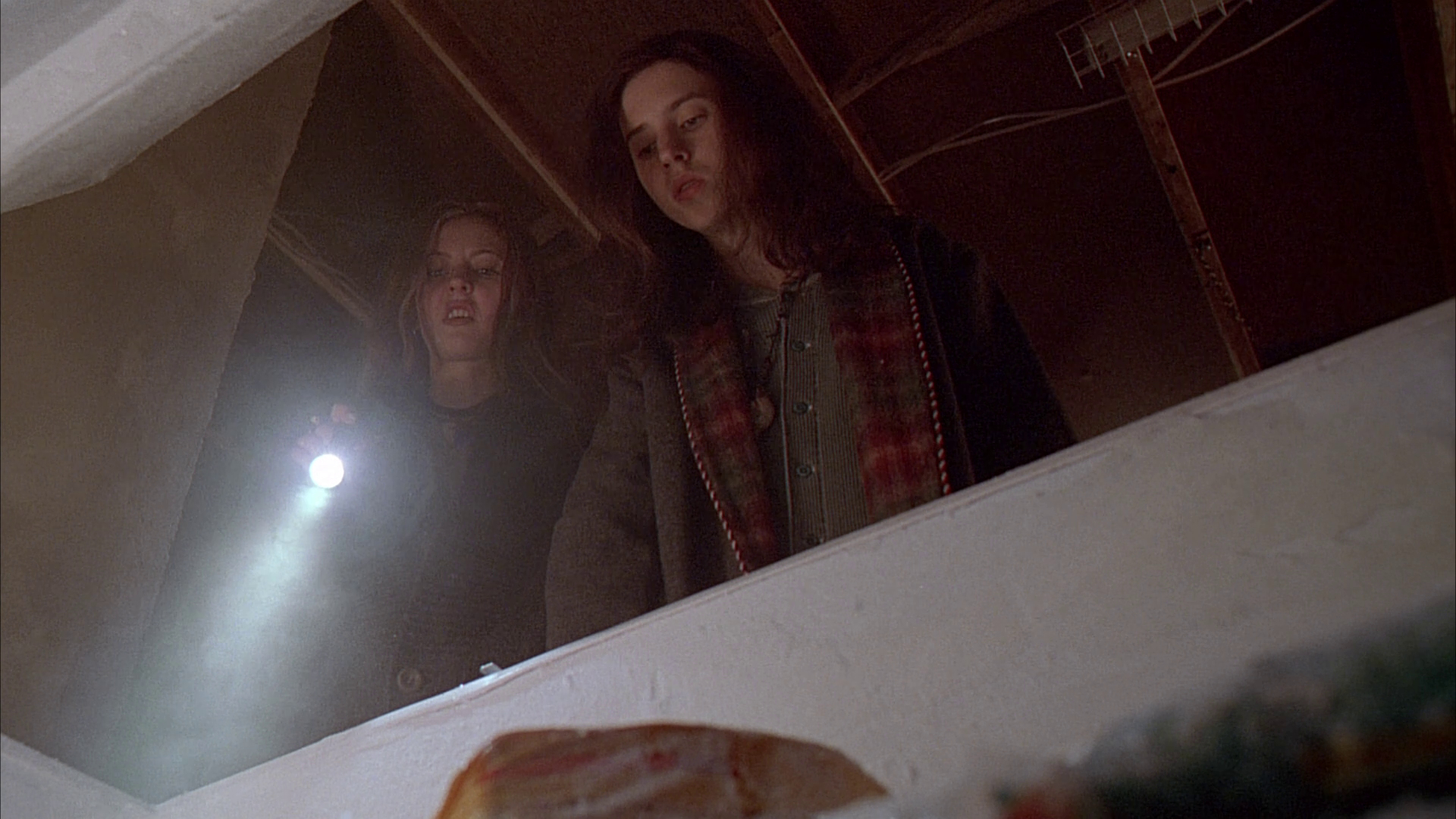 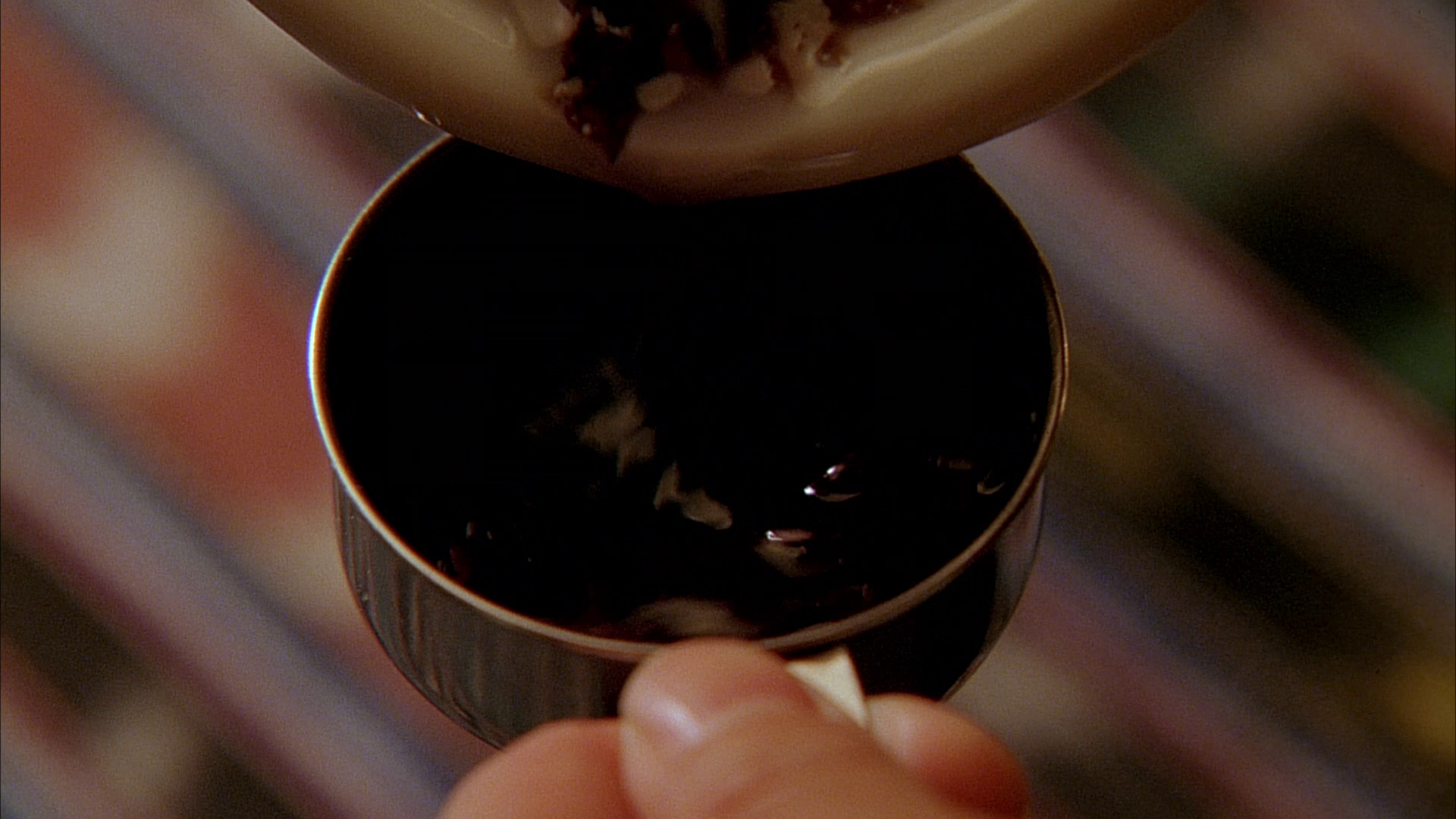 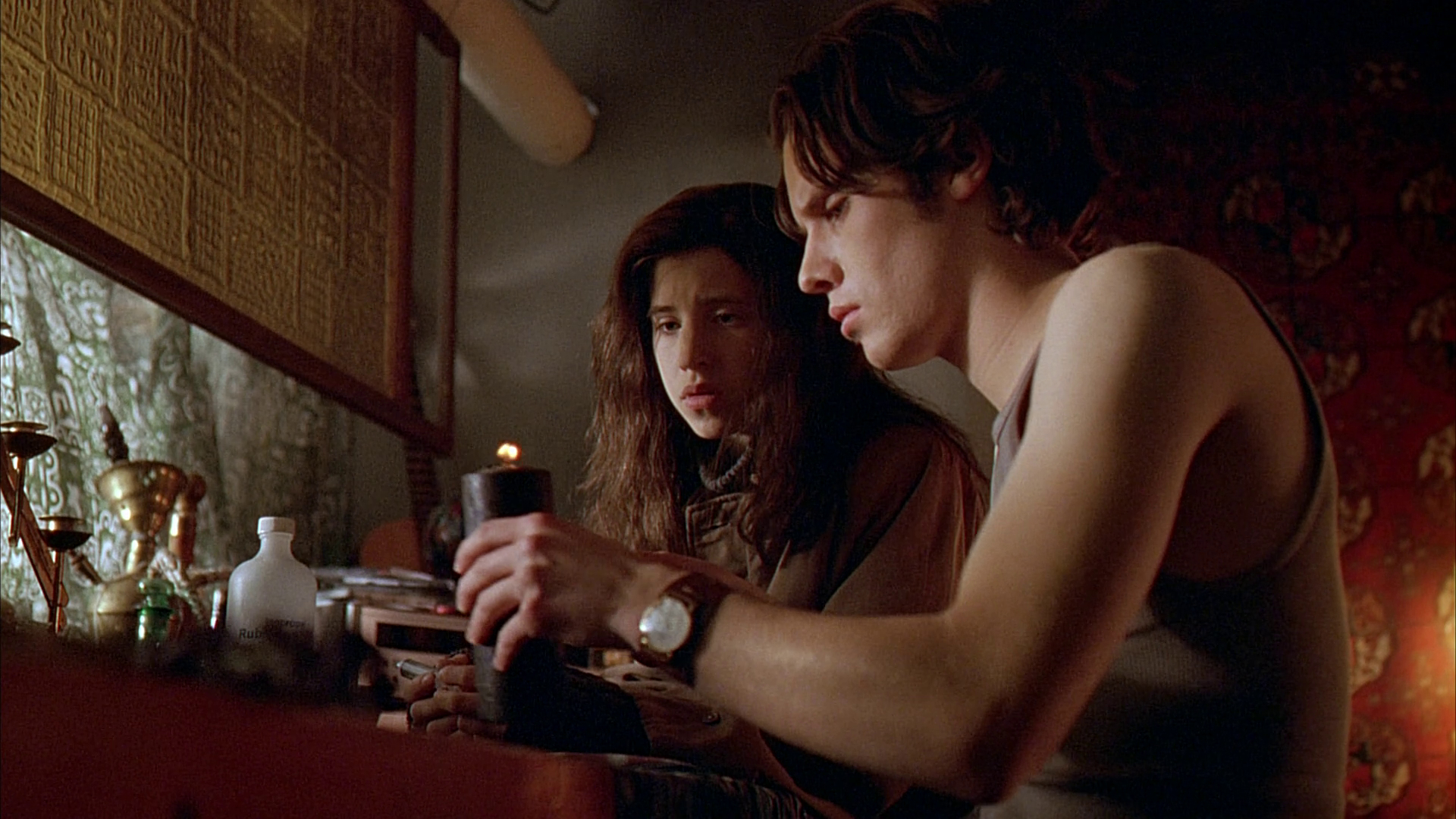 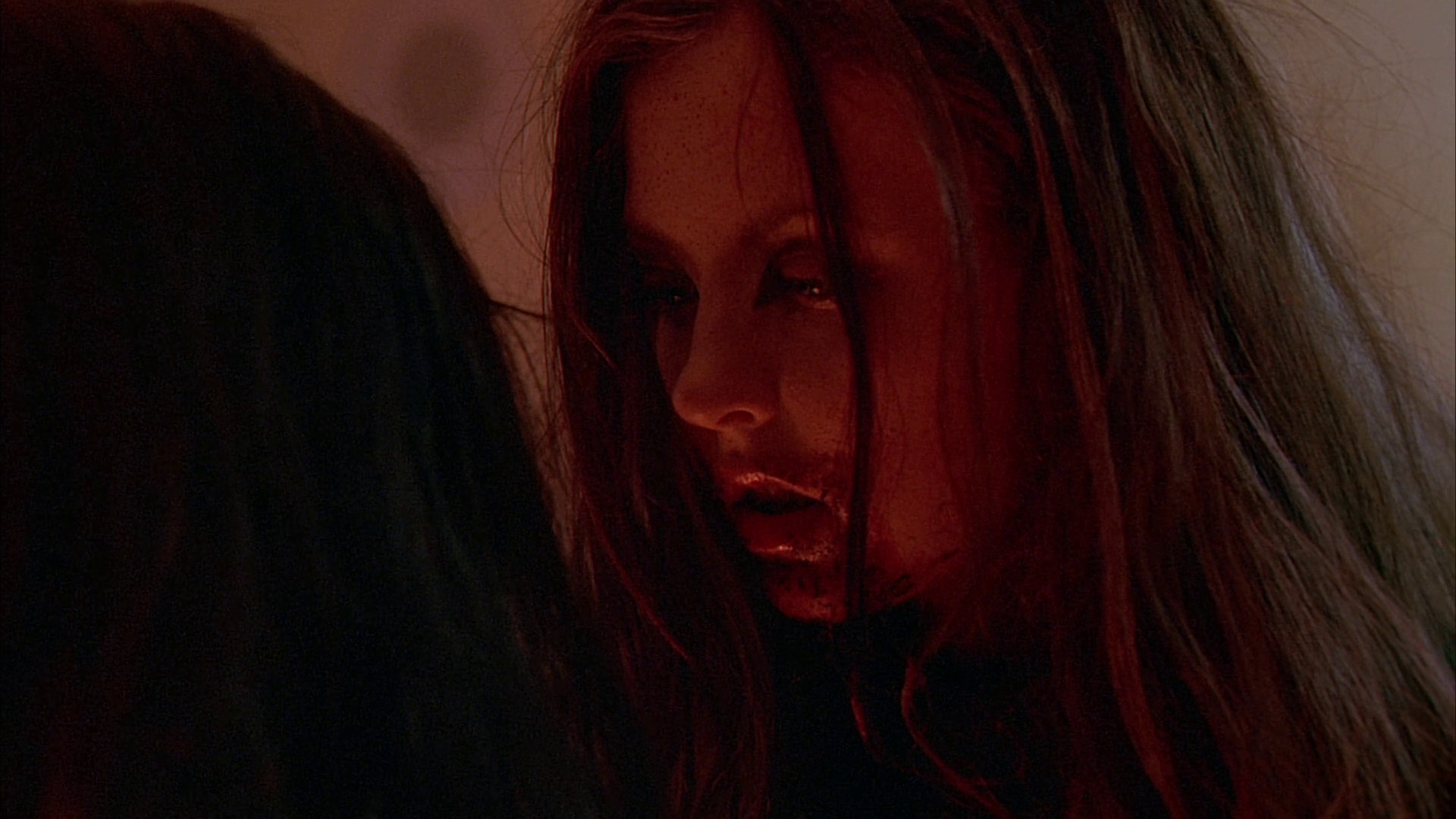 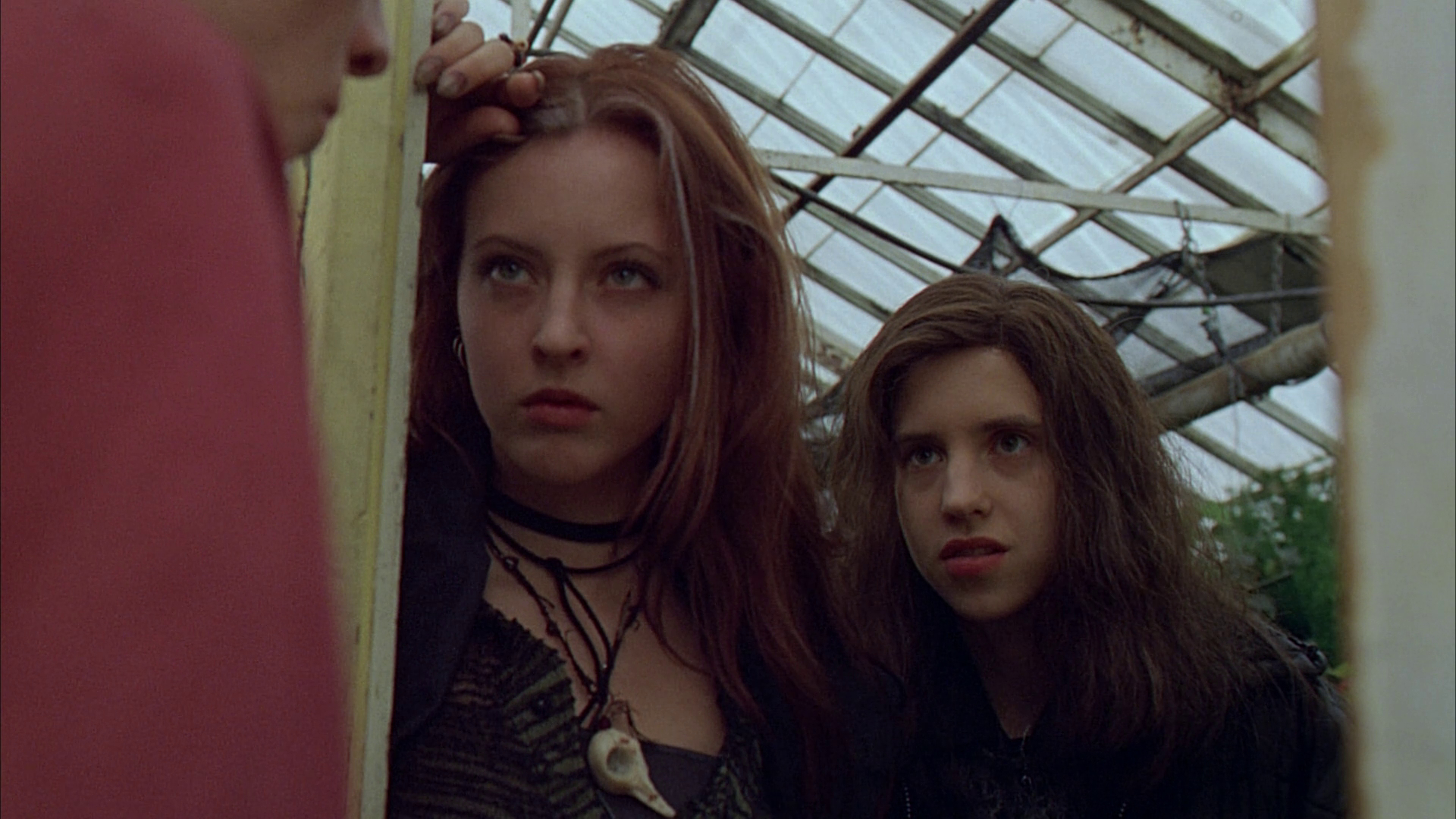 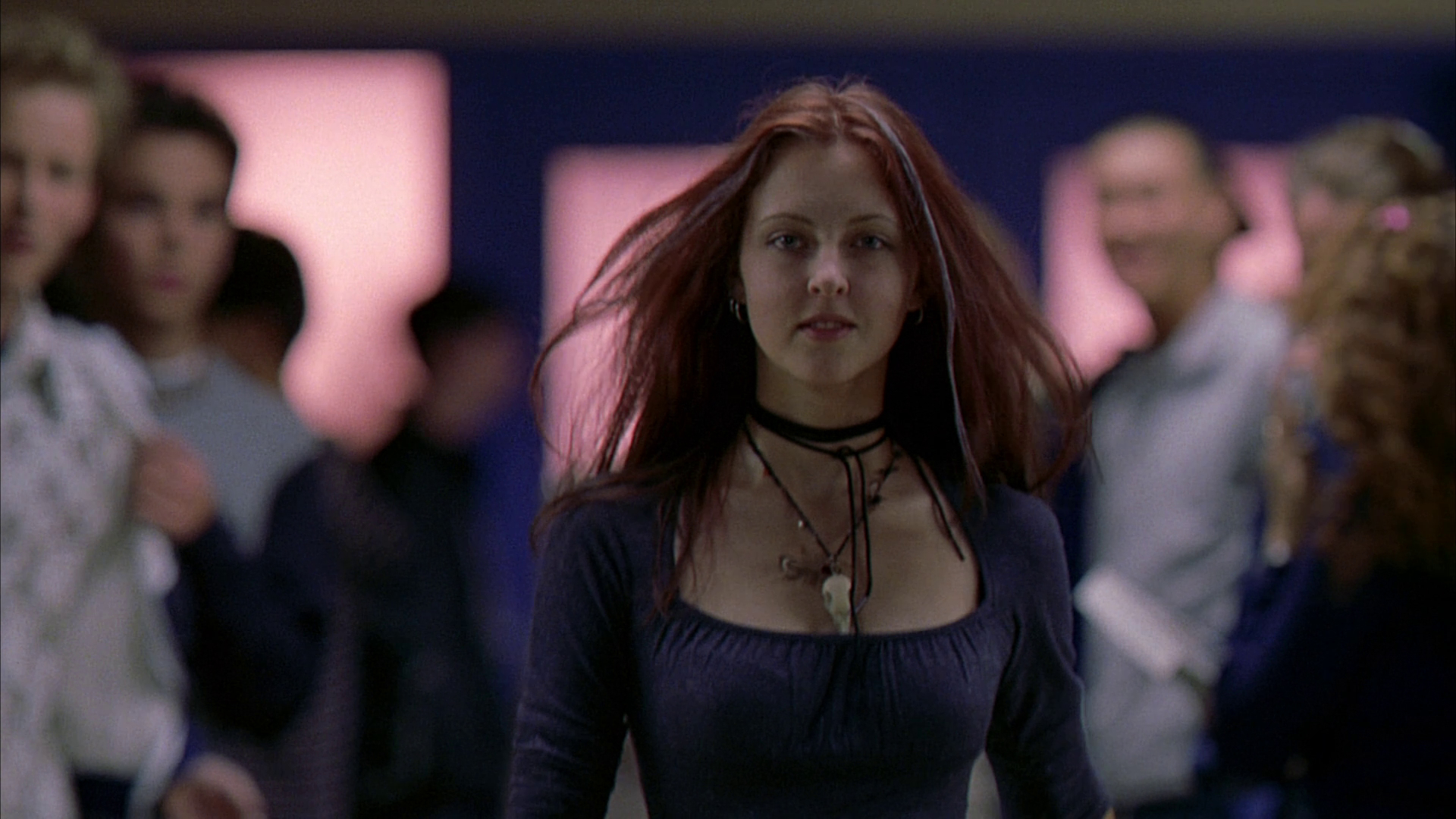