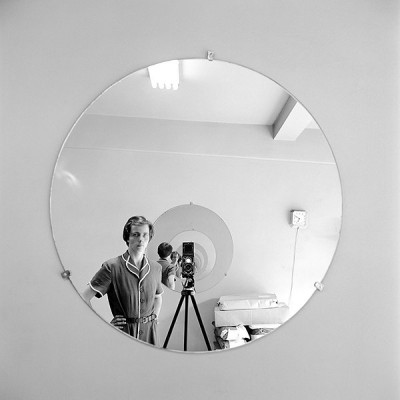 An artist's life is often one of solitude, and so it should generally be of no surprise when one spends much of their time locked away honing his or her craft. It's also not odd if one hides the work, never sharing it with others. That's more tragic. What is odd is when that person leads an otherwise social life, capturing her art in public places, never disguising the fact that she's making it. Why then hide one's light under a bushel?

Or in the case of Vivian Maier, in musty garages and abandoned storage units. It's a question that is at the heart of Finding Vivian Maier, a documentary about discovering the woman's work and the difficult task of tracking down the artist responsible for thousands of unseen photographs.

The story begins not with Maier, but with John Maloof, who co-directed Finding Vivian Maier with Charlie Siskel. Maloof tells about the fateful day he bought a box of negatives at an auction. While at first his onscreen presence comes off as yet another modern documentarian confusing himself with the subject, it quickly becomes obvious that the object of Maloof's search is so elusive and unknowable, and her circumstances so unique, the story of how this unfolded is just as intriguing and important as the answers Maloof uncovers. A chance Google search led Maloof to Maier's obituary, which then led to two men whom she had nannied. They had maintained Maier's storage unit up until her death, and they gave Maloof access. From there, the detective set about piecing together the narrative.

He had also already begun posting Maier's photographs online, and the response had been overwhelmingly positive. Maier was a street photographer whose work spanned decades, and whose sense of style and chosen subjects put her on par with other photogs like Diane Arbus, of whom she could have been a contemporary. Finding Vivian Maier shares a good deal of these snaps--subjects range from street people to children to garbage cans and beyond--as well as reels of 8mm footage. Most of those were of children she was taking care of, and in one strange instance, a kind of investigative report where Maier retraced the steps of a murder. Here was a woman who worked so out in the open, she even interviewed people with a little tape recorder. Those who knew her knew she was up to something, so the query remains: why did she keep it all to herself?

Finding Vivian Maier is careful with how it engages with this question, as well as the issues surrounding it that Maloof must confront as Maier's unintended curator. Can he be presumptuous enough to serve as the late artist's editorial eye? Would she even want to be uncovered in this way? For a notoriously private person, certainly some of the tales that emerge about her would have caused her distress. Finding Vivian Maier doesn't shy away from some of the darker aspects of her personality, including suggestions of mental illness and abuse. Her life prior to nannying remains murky. Conjecture reigns over truth in a lot of cases. There is even disagreement over whether or not her French accent was real or an affectation.

Why Finding Vivian Maier works is it never feels like an intrusive exposé. Maloof and Siskel aren't specifically seeking the salacious details. They just want any details. For the filmmakers, and for the people they found that knew this special woman, honoring Vivian is of utmost importance. At that, Finding Vivian Maier succeeds mightily. Had the filmmakers failed to show the right pictures, or had they not shared enough, they'd have risked making the documentary feel like it was much ado about nothing, that they were using Maier as a subject simply because she was obscure and nothing more. By letting her life's work take precedence over her life, this is not an issue. Finding Vivian Maier will leave you both fascinated and inspired. 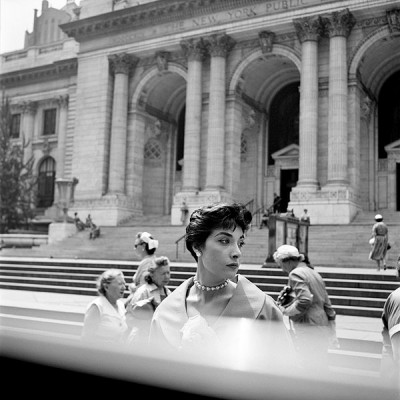