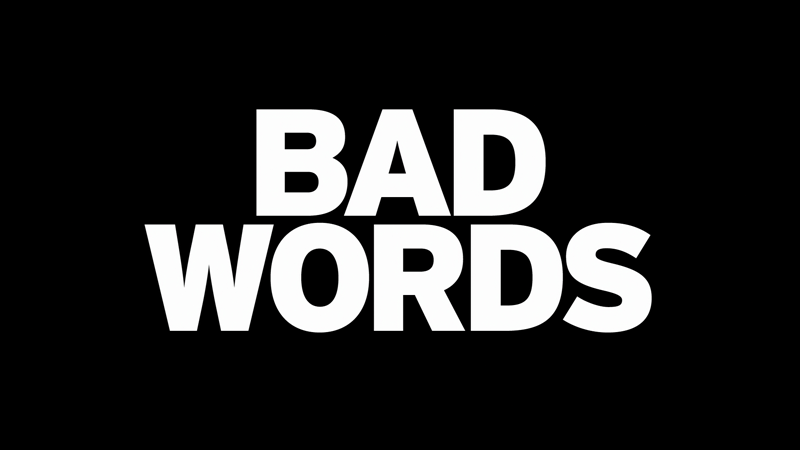 
The Movie
A full-grown man enters an eighth-grade spelling bee, and proceeds to systematically decimate his kiddie competitors with evil glee, before befriending one of the more adorable and precocious of the bunch. If that doesn't sound like the synopsis of a standard early-career Adam Sandler comedy, what does? However, Bad Words, which stars Jason Bateman as Guy Trilby, that full-grown man, couldn't be farther from a Billy Madison if it was directed by Spielberg. It is directed by Bateman though, taking his first turn behind the camera, and proving himself to be as good of a director as he's shown himself to be as an actor.

Guy, for some reason, has been making his way through the spelling bee ranks, accompanied by a reporter, Jenny (the great Kathryn Hahn), with his eye on making it to the national competition. A 40-year-old proofreader, he has all of the spelling ability he needs to win against 10-year-olds, but to ensure his victories, he engages in psychological warfare with the youngsters, resulting in some of the film's funniest moments. Kids get away with a tremendous amount in life, mainly because there tends to not be genuine consequences for them, so to see an adult cut them to ribbons for even the slightest of slights, and sometimes for no reason at all, is a darkly wonderful thing. 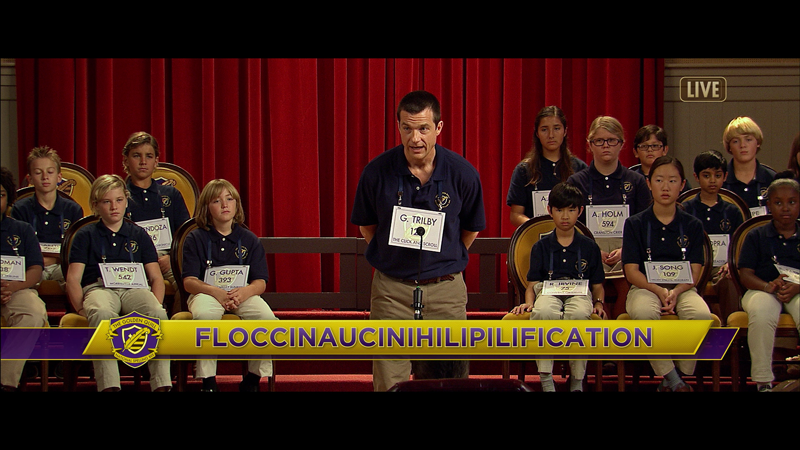 Along the way, Jenny is trying to learn more about Guy, in order to write a great article about him, especially the motivation for his spelling-bee quest, but things seem to get in the way, including an inability to tell Guy "No." The only person who seems to connect with him is Chaitanya (Rohan Chand), an impossibly sunny 10-year old who's also competing at the national spelling-bee. Through the sheer strength of his naivety and his inability to take a hint, Chaitanya breaks down Guy's defenses a bit, and learns, along with the audience, a bit about what makes Guy tick. And then...well, things go as smoothly as one might expect from a man willing to enter and dominate a children's spelling bee (with the bonus of some over-the-top shenanigans that decency should not allow to occur with a 10-year-old biy in tow.)

The progression of the plot is impressively solid, employing interesting and subtle storytelling devices, which allows some of the surprises and secrets hidden in the plot to reveal themselves at a natural pace. You may feel you know where things are going at points, but you're not likely to get too far ahead. Part of that is the script, but part of that is the performers, who, under Bateman's leadership, deliver excellent characters, including Allison Janney as the head of the bee, Philip Baker Hall as the bee's founder and the always-great Rachael Harris as a wonderfully angry spelling-bee mom, but Chand is just perfect as the wide-eyed Chaitanya. This part took just the right performance to work, and Chand delivers it: not too cute and perfectly natural, yet with a positivity that's otherworldly. Of course, Bateman is the uber-believable core of the film, with Hahn serving well in pushing forward the plot and grounding Guy, but it's hard to imagine it working without Chand. 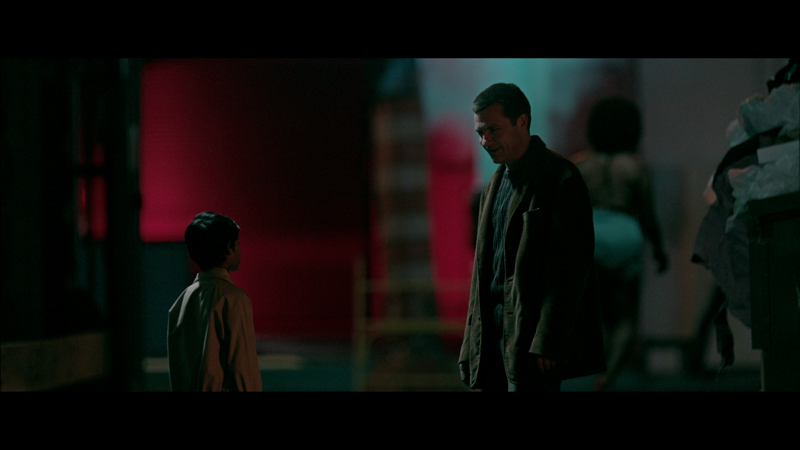 The Disc
This film arrives in a two-disc set, with a Blu-ray disc and a DVD, in a standard-width, dual-hubbed BR keepcase, with an embossed slipcover that repeats the cover art. The Blu-ray features a static Universal menu (the curve one), offering the option to watch the film, select chapters, adjust languages and check out the extras. Audio options include English DTS-HD Master Audio 5.1 and Audio Description 2.0 while English, English SDH, French and Spanish subtitles are available.

The Quality
Bad Words looks terrific in this 2.40:1 1080p, AVC-encoded transfer, which translates the film's warm palette beautifully, especially in the spelling-bee scenes, while the street scenes at night show off the quality of the black levels and some of the harder, yet not harsh colors. Though the film favors a softer look overall (with the exception of the spelling-bee scenes, which are intended to look like sharp television video), the level of fine detail is very high, and the image is sharp where it is appropriate, while there are no issues with digital distractions. This is a fine-looking film.

The 5.1 DTS-HD Master Audio track is clean and clear, which is the key for a film focused on dialogues. There's not a lot of action in the film, but what is there benefits from some emphasis in the surrounds, which otherwise are occupied with effective atmospherics and enhancement of the music (as well as some off-screen voices, like a particularly nice audience gasp at one point.) The low-end is evident mainly with the harder parts of the soundtrack, and a few sound effect hits.

The Extras
A feature-length commentary by Bateman, who is enthusiastic, yet low-key, offers up plenty of information about the production, on a very in-depth level, which shows just how much thought Bateman put into every element of the film, including the music, the characters and the editing, while also criticizing and thinking out loud about several of his choices along the way and obsessing about details. If you want an insightful view of how a movie is made, this is the track to check out.

A quality featurette on the making of the movie, "The Minds and Mouths Behind Bad Words", runs 10:37, and features interviews with most of the main cast and screenwriter Andrew Dodge, along with plenty of on-set footage. There's a lot of good stuff in here, especially the footage of a sex scene that's even funnier than what's in the movie.

Seven deleted/extended scenes are also included on this disc, and they are the very definition of extended, as most reveal lines that would have been heard if scenes had ended a beat later, while another shows unnecessary moments between two points in the film, while yet another is a version of a scene that's scene in a montage, just in full, with the dialogue. A better name for this material is "examples of quality editing". 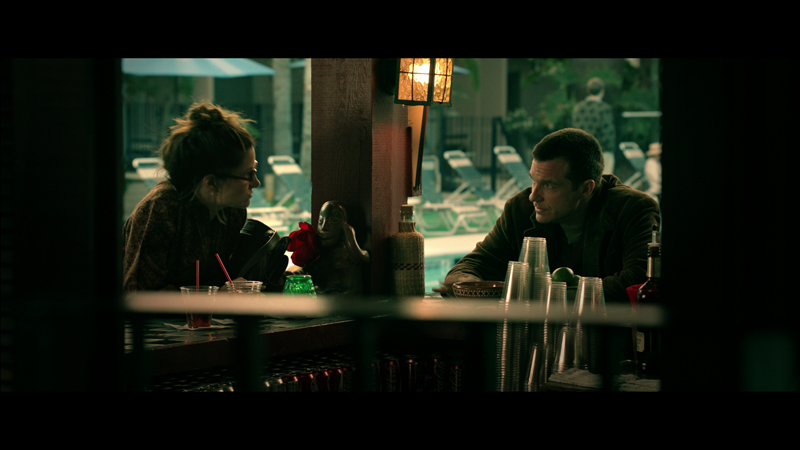 The Bottom Line
What could have been the foundation of a high-concept comedy in the vein of an Adam Sandler film, became a smart, touching and darkly comic film--a gem of a directorial debut for Bateman, with fine performances all around. Presented in excellent quality, and with a small group of solid bonus features, it's a classic comedy for adults, with small touches of outrageousness.