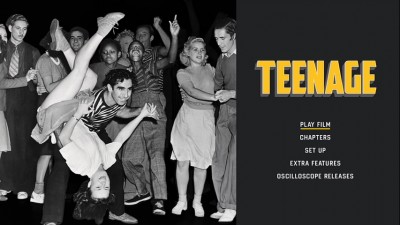 The 2013 film Teenage is basically a documentary as collage. Directed by Matt Wolf, who also assembled the narrative with writer Jon Savage (Joy Division), Teenage cobbles together archival footage, photographs, and artful re-creations to create a timeline following the emerging teenage class and youth movements throughout the 20th Century. Set to period music and actors reading from actual diaries written by adolescents in England, America, and Germany, it shows how youths went from jumping straight into the work force at the turn of the century to establishing what we now see as the young adult years while also influencing politics and culture.

Some matters are seen as frivolous. There are, of course, the flappers and Jazz Age partiers, but as the filmmakers trace teen life through the decades, they show how music and dancing broke through racial lines and tore down prejudices. This wasn't just important in America, but also for Germans like Tommie Scheele, who saw music as a way to rebel against the growing Nazi party and the other kids joining the Hitler Youth. Likewise, the Hitler Youth was just one of many teen organizations around the world, which also included the Boy Scouts, and wasn't the only avenue for younger people to go to war. Teenage sees the introduction of American culture to Europe when teenaged soldiers crossed the oceans to fight in World War I as a significant sea change in adolescent life. 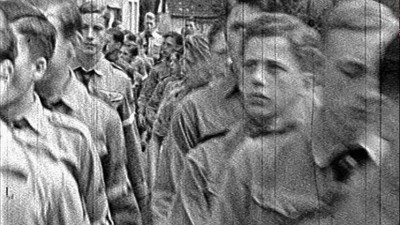 The editing here is slick and appealing, moving swiftly through the decades and covering the various concerns that still affect teens to this day. Drinking, sex, and establishing one's identity are common themes, as is rescuing the future from the destructive past. Turns out new generations have always resented the state of affairs left by their parents and other old folks. What's nice about Teenage is it takes that point of view seriously, and it shows how international events affected youngsters looking to make their own way in the world. The various diary entries are read by actors like Jena Malone (Donnie Darko), Ben Whishaw (The Hour), and Jessie Usher (When the Game Stands Tall) and are chosen for their poignancy and forward vision. New ways of thinking and the will to stand apart brings change. This would most surprisingly lead to a "teenage bill of rights" and the more commonly recognized youth movements starting in the 1960s. Though the film ends with a shot of 1970s punks, Teenage basically stops when the term "teenager" becomes a real thing in post-War America.

Teenage is interesting, if not particularly deep. At a scant 77-minutes, it largely just skates over the surface of its different ideas, never spending too much time with any one group or individual. In some ways, it feels more like a good start than a complete picture. Even so, if the topic sounds appealing and you like looking at alternative historical timelines, Teenage enlightens and entertains. 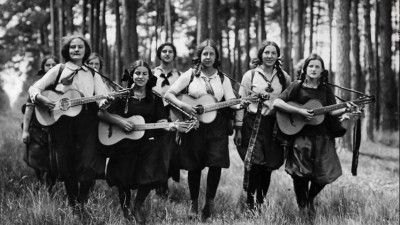 Video:
Teenage is presented in its original 1.78:1 aspect ratio. The overall picture quality is fantastic, creating a consistent look between the various source materials, so that even the older and more weathered clips fit nicely with the new footage. Resolution is sharp, and color values are excellent.

Sound:
Two audio options to choose from: English in 5.1 surround or in standard 2.0 stereo. The two-channel mix is actually fairly forceful, working the front speakers and getting quite loud. The multi-channel set-up is more nuanced, using the music to create an ambient effect while keeping the narration at the forefront.

Extras:
Bonus features begin with a full-length audio commentary by the film's director, Matt Wolf, and producer Kyle Martin. Wolf is also in the 16-minute featurette "Dreaming Documentary: Making Teenage", alongside writer Jon Savage and executive producer Jason Schwartzman (yes, the actor from Rushmore). It's essentially an explanatory piece: "this is why we made it."

Jon Savage also writes an extensive essay printed on the interior of the DVD packaging.

A second featurette, clocking just under 16 minutes, is called "On the Set with the Bright Young People" and it goes behind the scenes of the re-creation of the British youth segment.

Perhaps of most interest to film fans will be the quartet of archival films showing teenagers throughout cinema history, including the 40-second silent short "Pillow Fight" filmed by Thomas Edison in 1897, and two later silent films, "Boy Scouts in Michigan" (1920, 6:43) and "Chicago Swing Jamboree Newsreel" (1938; 55 seconds). Finally, there is one sound feature from 1941, "NYA in Wartime," a nearly 6-minute color newsreel about youngsters helping the war effort. These are all films dug up during the research done for the main feature and are seen excerpted in Teenage.

There is also a theatrical trailer, as well as trailers from other Oscilloscope releases.

FINAL THOUGHTS:
Recommended. Though I would have liked to see the film go deeper, Teenage is a lively documentary exploring the emergent youth culture and how it shaped the 20th Century. Crossing oceans and borders, it examines how differing and similar perspectives affected teenagers in during times of strife and war and the way music and other concerns led to social change. Put together with rare archival footage, and narrated using actual diaries from the periods covered, Teenage shows a timeline for an aspect of history ready to get its due. 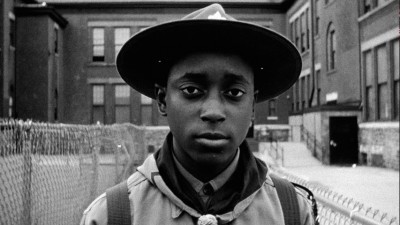