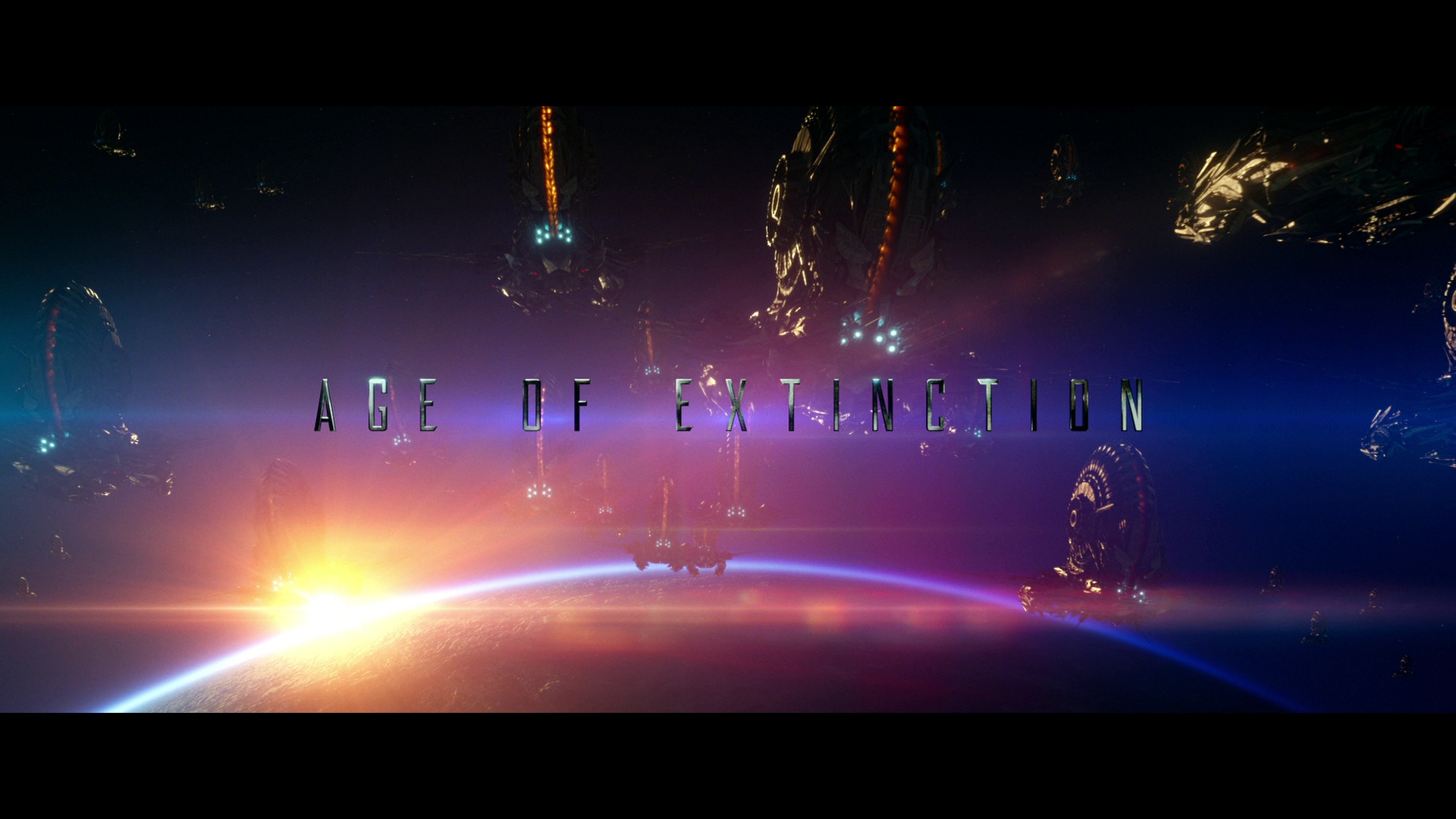 After the monstrous success of his first Transformers trilogy, Hollywood outlaw Michael Bay parted ways with star Shia Labeouf and began a new chapter in his franchise, dialing back the explosive action and addressing the pacing and character development issues that plagued the three earlier films. Just kidding! Transformers: Age of Extinction delivers the Bay-hem in spades, runs almost three hours and is again written by perpetual twelve year old Ehren Kruger. If you have seen any of the earlier films, you already know whether or not this is worth your while. Mark Wahlberg joins the cast and gives an agreeable performance, and the action is on a ridiculous scale. There are dull moments in the third act that should have been corrected, and this style of Transformers is getting a little stale. Still, the Blu-ray is reference quality and provides HD satisfaction even when the film falters.

The United States Government no longer supports the Autobot/military alliance, and a shady CIA unit dubbed Cemetery Wind is responsible for hunting down the Decepticons hiding on Earth. Blue-blood inventor Cade Yeager (Wahlberg) struggles to support his daughter Tessa (Nicola Peltz) without a steady paycheck, but discovers a rundown semi-truck cab in an abandoned theater that turns out to be a heavily damaged Optimus Prime (voiced by Peter Cullen). Optimus reveals that the CIA is using Deception bounty hunter Lockdown to kill the Autobots, and helps Cade and Tessa escape a Cemetery Wind ambush. They rejoin Autobots Bumblebee, Hound, Drift and Crosshairs, and discover that multinational corporation KSI has recreated Transformium, the unstable metal found in Transformers. This leads KSI head Joshua Joyce (Stanley Tucci) to create his own warriors from Deception leftovers, including deadly Galvatron. 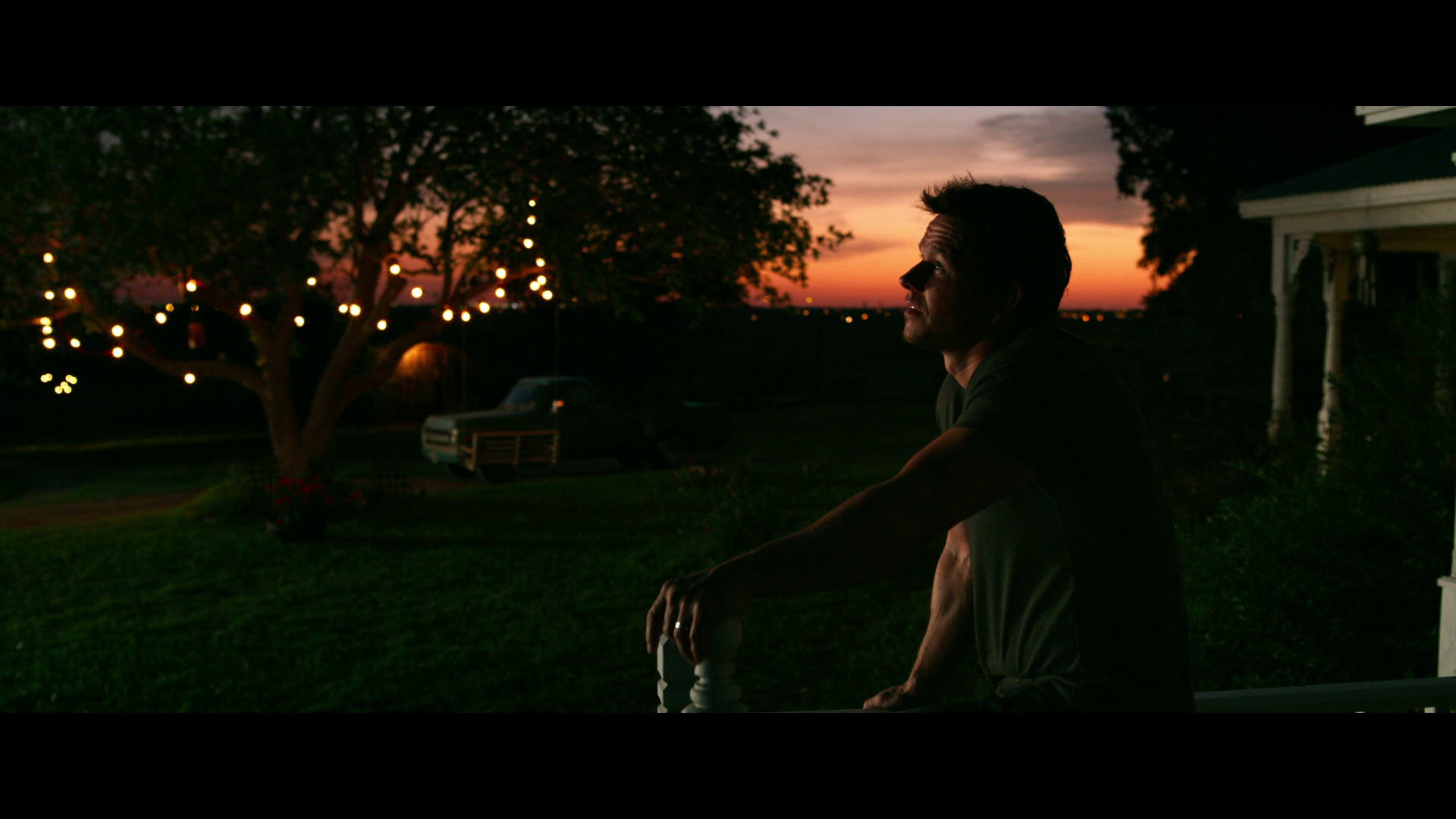 As expected, Bay creates a film on a bigger scale than his last outing, Transformers: Dark of the Moon. The practical sets and action sequences are absolutely immense, and Bay again shoots heavily in Detroit, which doubles for Hong Kong. An early explosion apparently brought a practical effects wizard out of retirement. The slow-motion blast and scattering cast is a definite "Fuck You" from Bay to his critics, and the director speaks at length during the Blu-ray's bonus features about making films his way. Hell, I am not sure another director could have ever pulled off the kind of giddy action Bay has in his Transformers films. It takes a director with youthful energy and way too much confidence to make a project like this work. Critics continue to shit all over Bay's filmmaking, but audiences turn out to spend billions. It sounds to me like Bay is doing his job.

My biggest problem with Age of Extinction isn't the forgettable human characters or Bay bombast, it's that the Transformers themselves are getting a little stale. When I first saw Transformers, I was amazed by the technical wizardry and seamless integration of effects and live action. All the moving parts fascinated me. That initial amazement fizzled a bit in subsequent films. Watching Megatron, Optimus and the other Transformers fight has always been fun, but there are only so many ways Bay can shoot them body-slamming each other into buildings. Where Pacific Rim has human pilots to draw the action closer, Transformers always leaves viewers to spectate. This makes it easier to tune out the mayhem, and my eyes certainly glazed over a couple of times in Age of Extinction. I was pounded into submission. 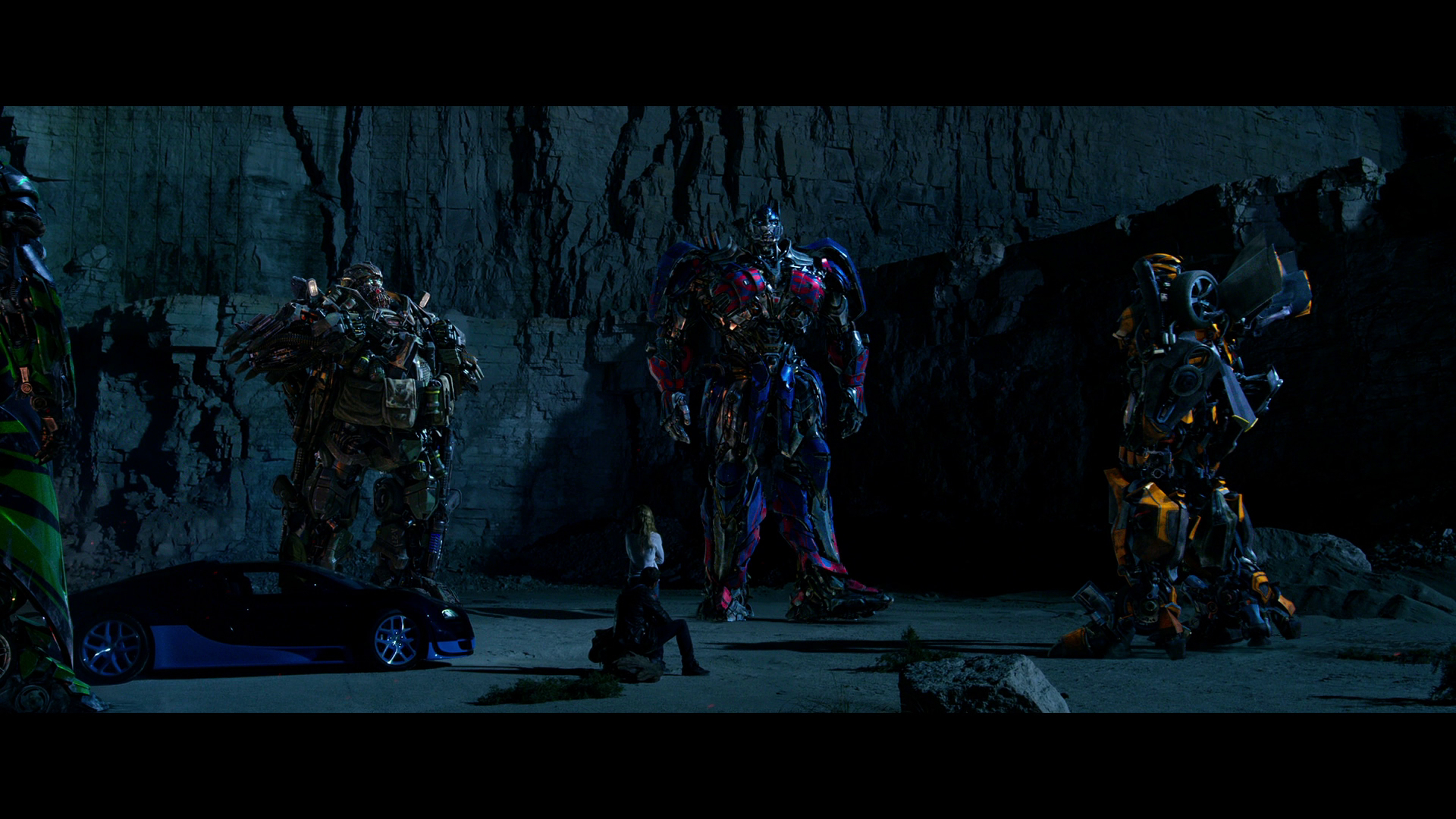 These films have always been pretty funny, and, while Kruger's writing will not be winning any awards, it has improved from the Mudflap/Skids jive-talking nonsense of Revenge of the Fallen. Tucci is always funny in tense situations, and comedian T.J. Miller gets some laughs as Cade's borderline annoying best friend. Wahlberg is a different - but not necessarily better - lead than Labeouf. He gives a committed performance here, and makes the often-throwaway dialogue sound believable. I like that Bay and company made Cade a single dad, and Peltz's Tessa is surprisingly not annoying. Her onscreen boyfriend Shane (Jack Reynor) is not terrible either, and this mismatched band of human characters plays well with Optimus and the Autobots.

The first hour, set at the Yeager homestead in Texas, is my favorite. I enjoyed watching Cade and Tessa meet Optimus and flee from Cemetery Wind. Scenes on Lockdown's imposing prison ship are also good, but Age of Extinction starts to drag in Hong Kong. After what seems like the climax, the action nearly stops as Cade, Joyce and rogue CIA agent Harold Attinger (Kelsey Grammer) fight over a powerful Transformers weapon. By the time the real climax arrives on the back of the Dinobots, I was checking my watch. This was intended to be the first film in a new trilogy, but there are rumblings that Bay is tired of making these films. You would have to convince me that a non-Bay Transformers is worth watching (really!). I hope the director sticks with the franchise, but continues to tackle smaller projects like Pain & Gain. Perhaps he could bring some of that creative passion to Transformers instead of relying on a huge budget and effects to fill the theater. 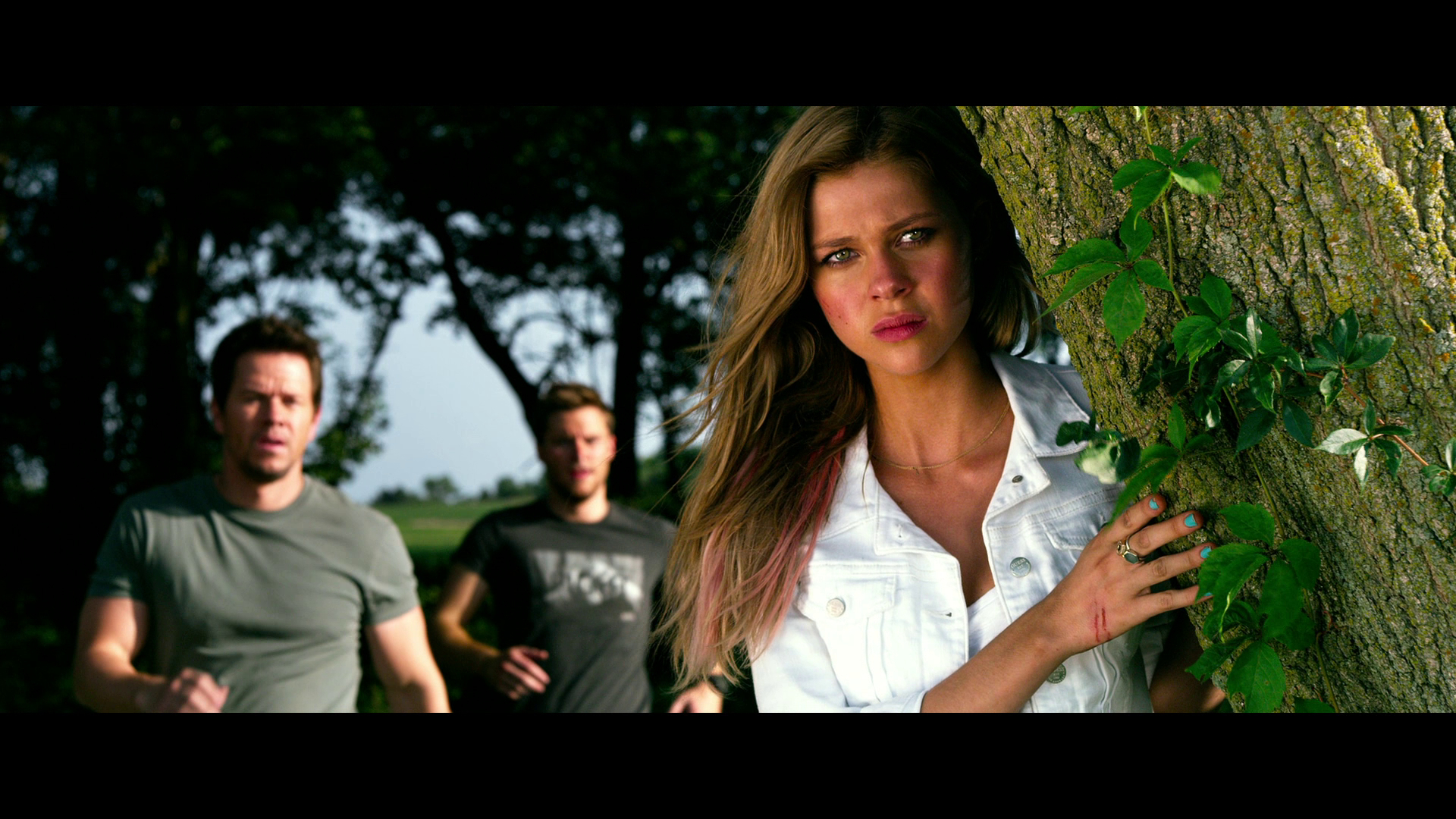 The 2.40:1/1080p/AVC-encoded image looks ridiculous. Ridiculously perfect. As more and more studios continue to skimp on technical presentations and push the digital platform, Paramount again proves willing to release top-notch physical media. Thank you for that, Paramount. Say what you will about Bay, but the man makes some great looking films. Between his direction and Amir Mokri's cinematography, Age of Extinction delivers beautiful, miles-deep landscapes, searing lens flares, and impressively epic framing. The transfer is sourced from both digital and traditional film stock, but it blends the two seamlessly. Detail is impeccable; close-ups reveal every bead of sweat, smudge of dirt, streak of oil, and moving Transformer part. Wide shots are crystal clear and never waver. Forget about compression artifacts; the 165-minute film gets its own dual-layer disc and a very healthy bitrate. This is what us home theater junkies might call "HD porn." The film just pops from beginning to end. Bay blows out the contrast in some scenes, but his bold colors never bleed. Black levels are strong, and shadow detail is impressive. Sharpness and texture are perfect, and a fine layer of grain unspools with the film-sourced material. The only very minor technical issue is some shimmering on a building or two.

This is the first Blu-ray ever to feature Dolby Motherfuckin' Atmos, a new audio presentation making its way to high-end theaters that uses overhead speakers and an extended surround spread. I do not yet have equipment capable of reproducing a true Atmos experience, but this mix and the accompanying 7.1 Dolby TrueHD soundtrack are amazing on a standard surround system. I spoke of waking the neighbors in my Transformers: Dark of the Moon review, and Age of Extinction is similarly immersive. Watching this movie really makes the case for intricate sound design. Every surround speaker is used to further the action. Transformer smack downs rumble the LFE and roll through the sound field. Gunfire, crumbling buildings and general Bay-hem surround the viewer and throw them amid the action. Range is outstanding, and quieter, dialogue-heavy scenes are every bit as impressive as louder scenes. The song-heavy soundtrack is dispersed nicely over the entire soundscape. Clarity is exceptional, even in the most chaotic scenes, and I never had to reach for the remote to turn the mix up or down to hear the dialogue or mute the action. English, Spanish, French and Portuguese 5.1 Dolby Digital mixes, a 2.0 English Discrete Dolby Digital mix, and an English DVS track are included, as are English, English SDH, French, Spanish and Portuguese subtitles. 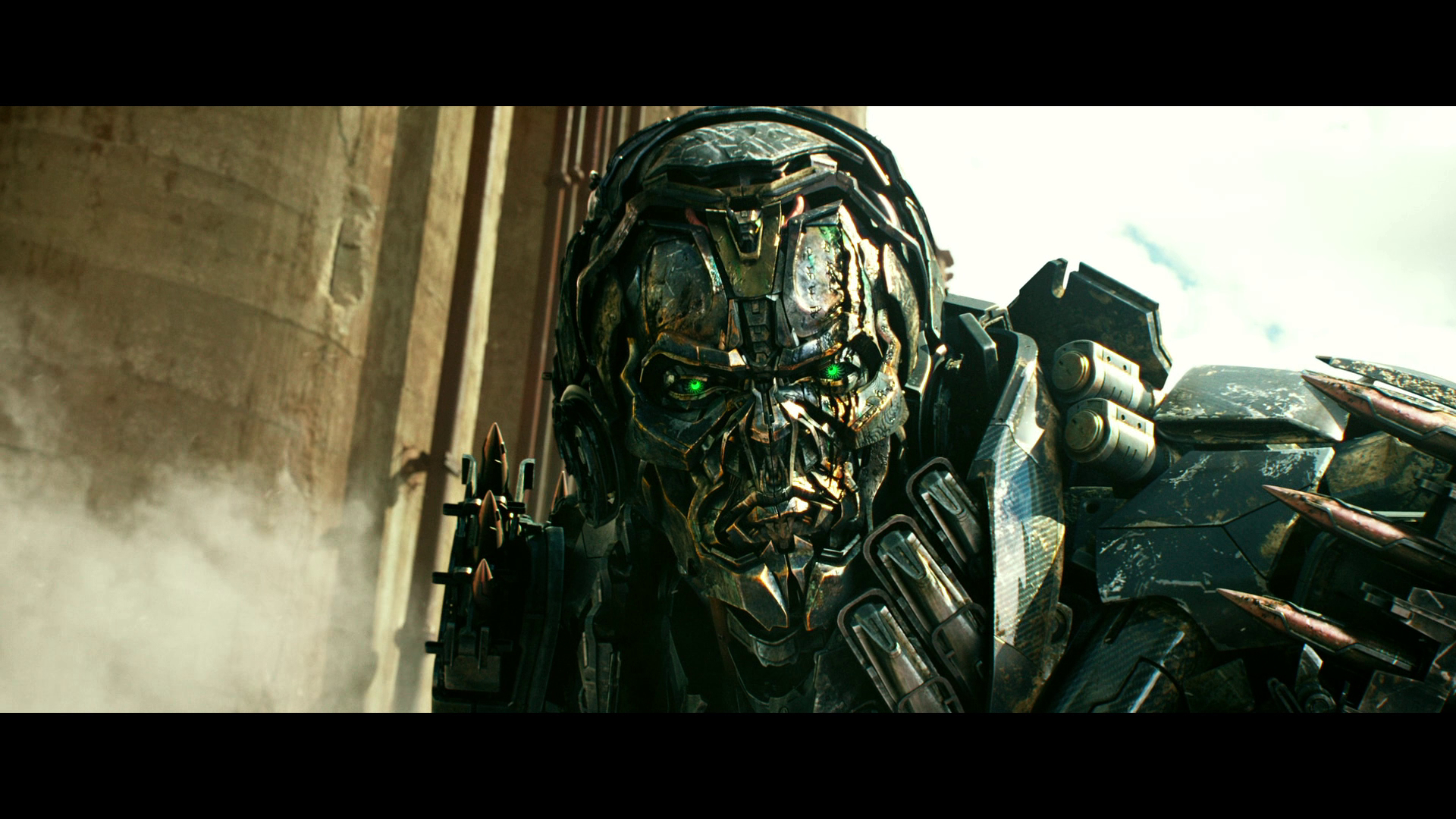 This 2D "combo pack" from Paramount includes three discs: A Blu-ray for the movie, a Blu-ray of extra features, and a DVD copy of the film. There are codes to redeem both iTunes and UltraViolet Digital HD copies. The discs are housed in a hinged Blu-ray case, which is wrapped in an impressively shiny and embossed slipcover. I scolded Paramount for splitting up bonus features as retailer exclusives in my review of Star Trek Into Darkness. The studio also avoids the dreaded double-dip here. Where Dark of the Moon got a barebones release and a Limited Special Edition, Age of Extinction gets a loaded release out of the gate. There are several hours of features:

In no way will Transformers: Age of Extinction appeal to viewers that already hate the franchise. Michael Bay returns to direct this massive, 165-minute action spectacle, and Mark Wahlberg steps into the lead alongside Optimus Prime and the Autobots. This fourth outing suffers from some of the same character, narrative and pacing problems that plagued earlier films, but Bay continues to deliver the type of grand-scale action that audiences love. The Transformer battles are not as fresh as they were seven years ago, but I enjoyed the new human characters, with Stanley Tucci and Kelsey Grammer joining in supporting roles. I want to give Paramount props for delivering an amazing Blu-ray package. As some studios move toward digital-only offerings, Paramount again proves adept at delivering an amazing presentation on physical media. They've also listened to the criticism about skimpy bonus content, too, and Age of Extinction receives a healthy platter of extra features on this first release. Recommended. 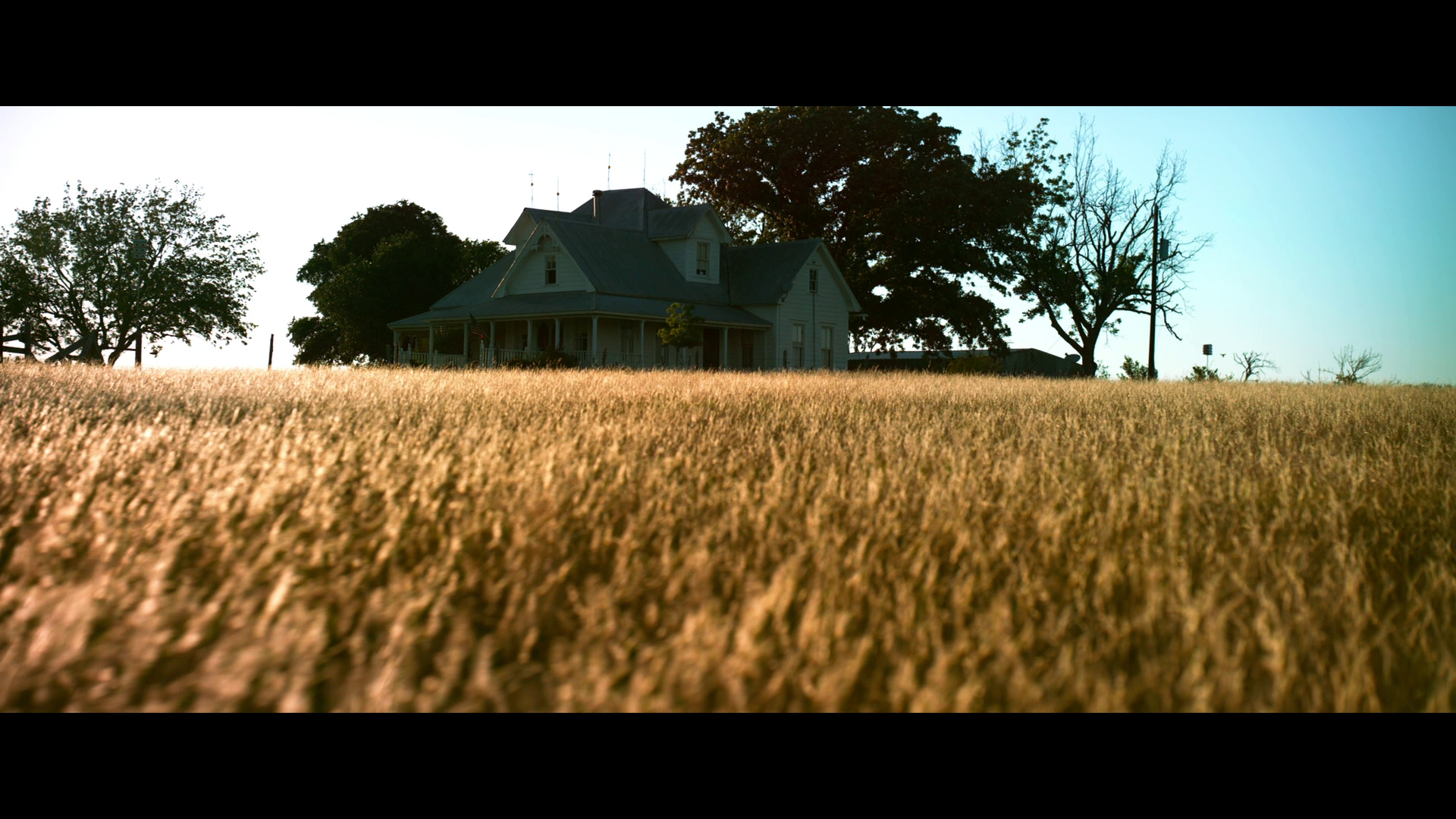 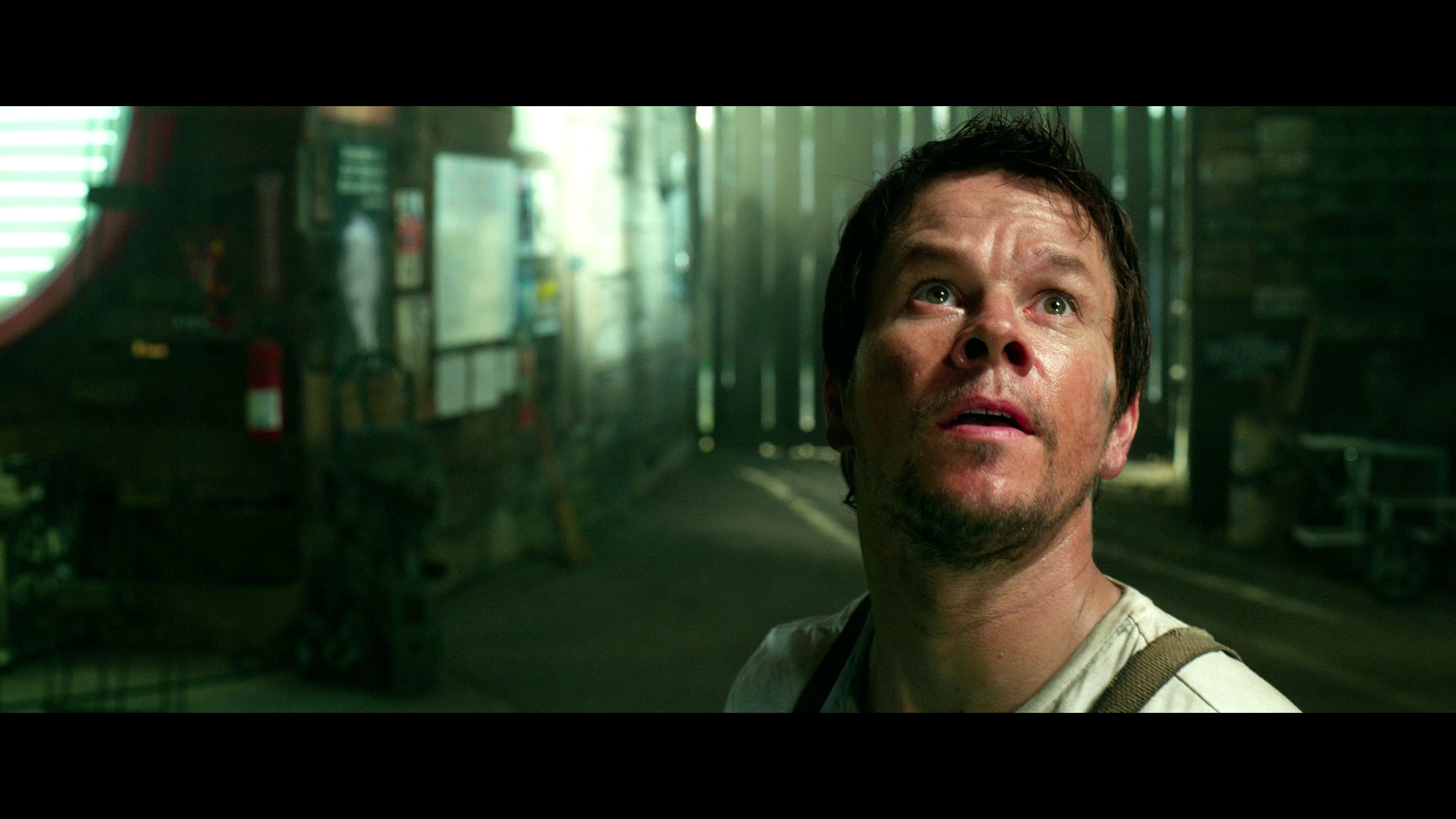 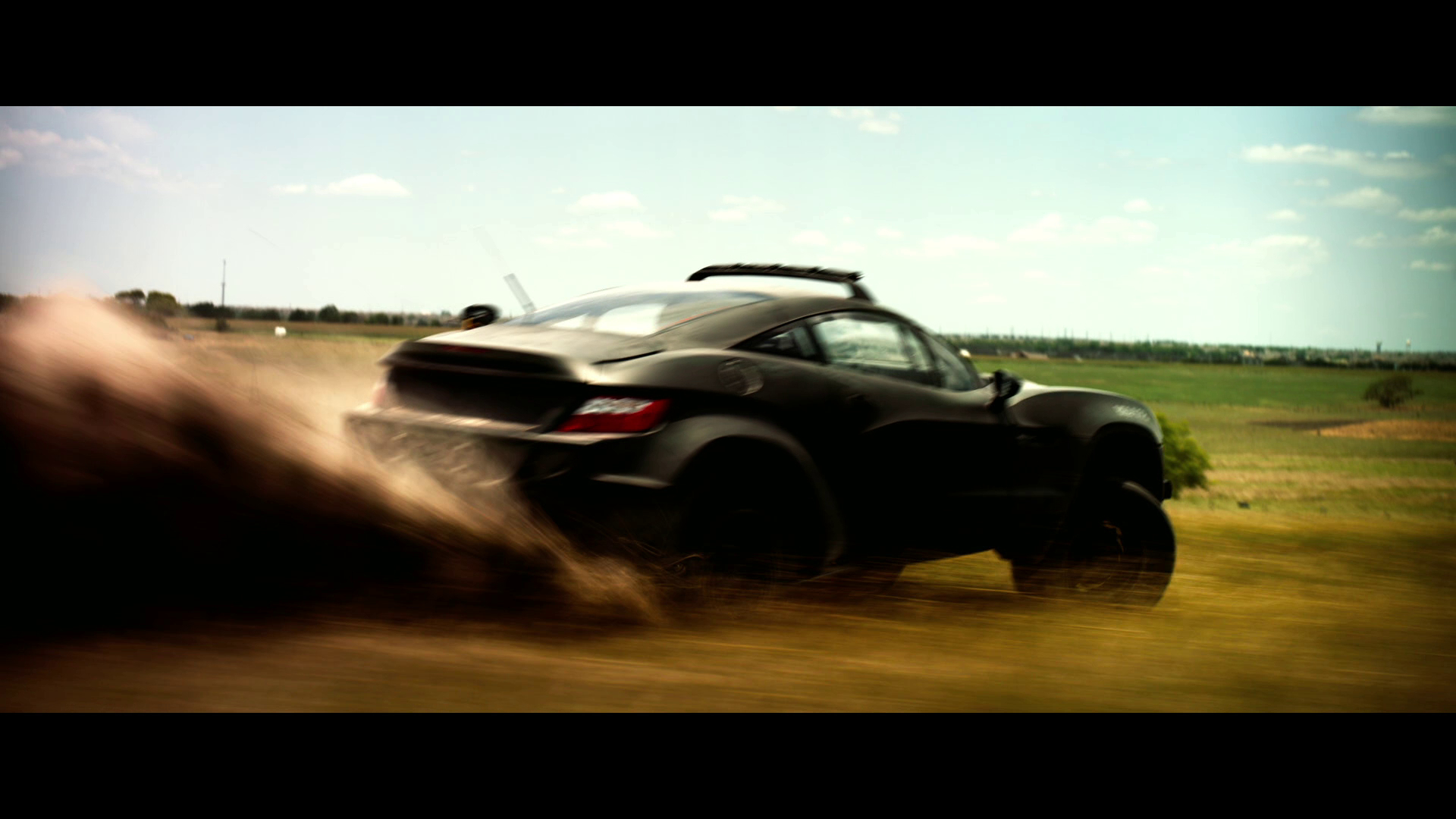 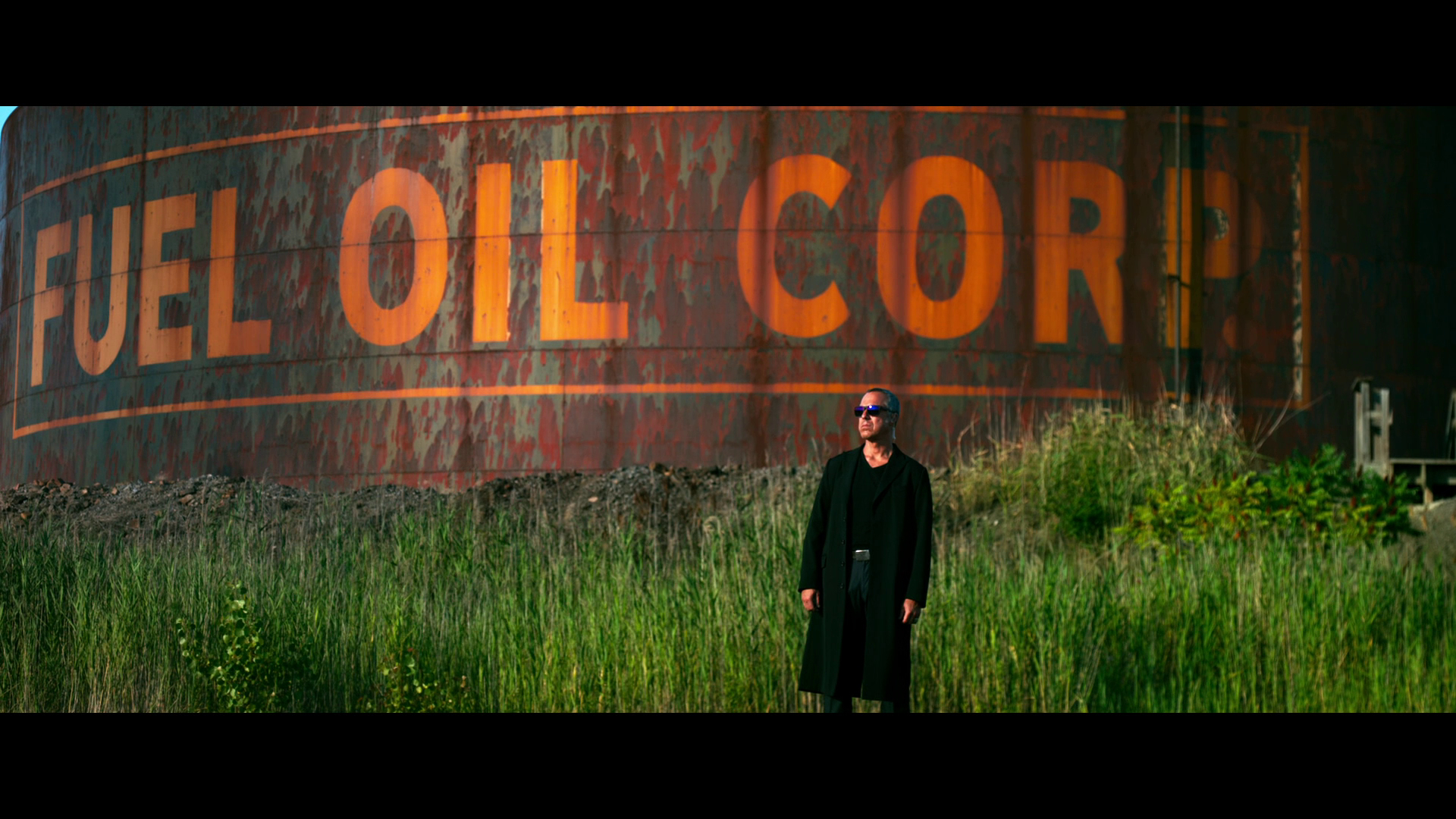 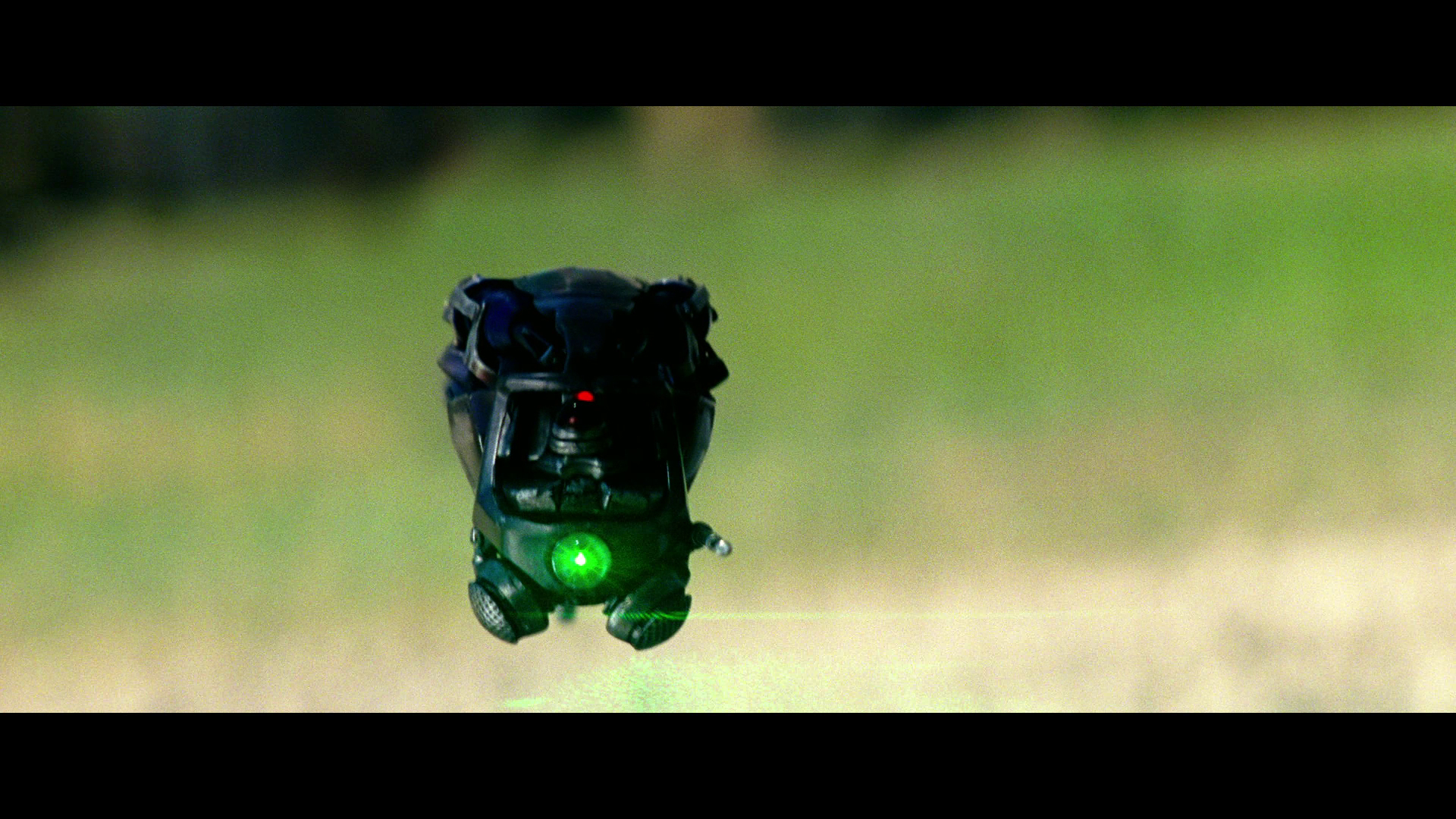 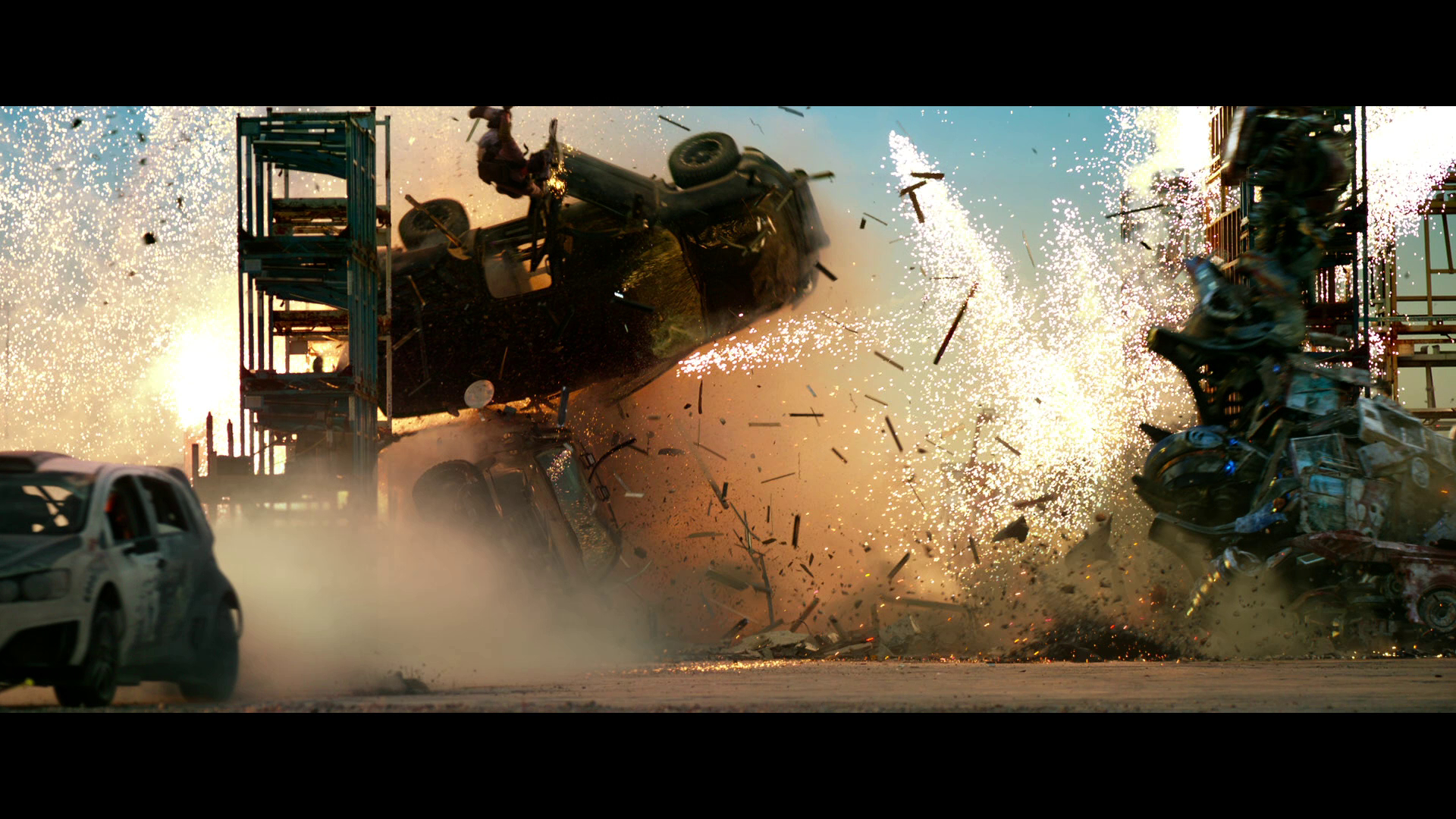 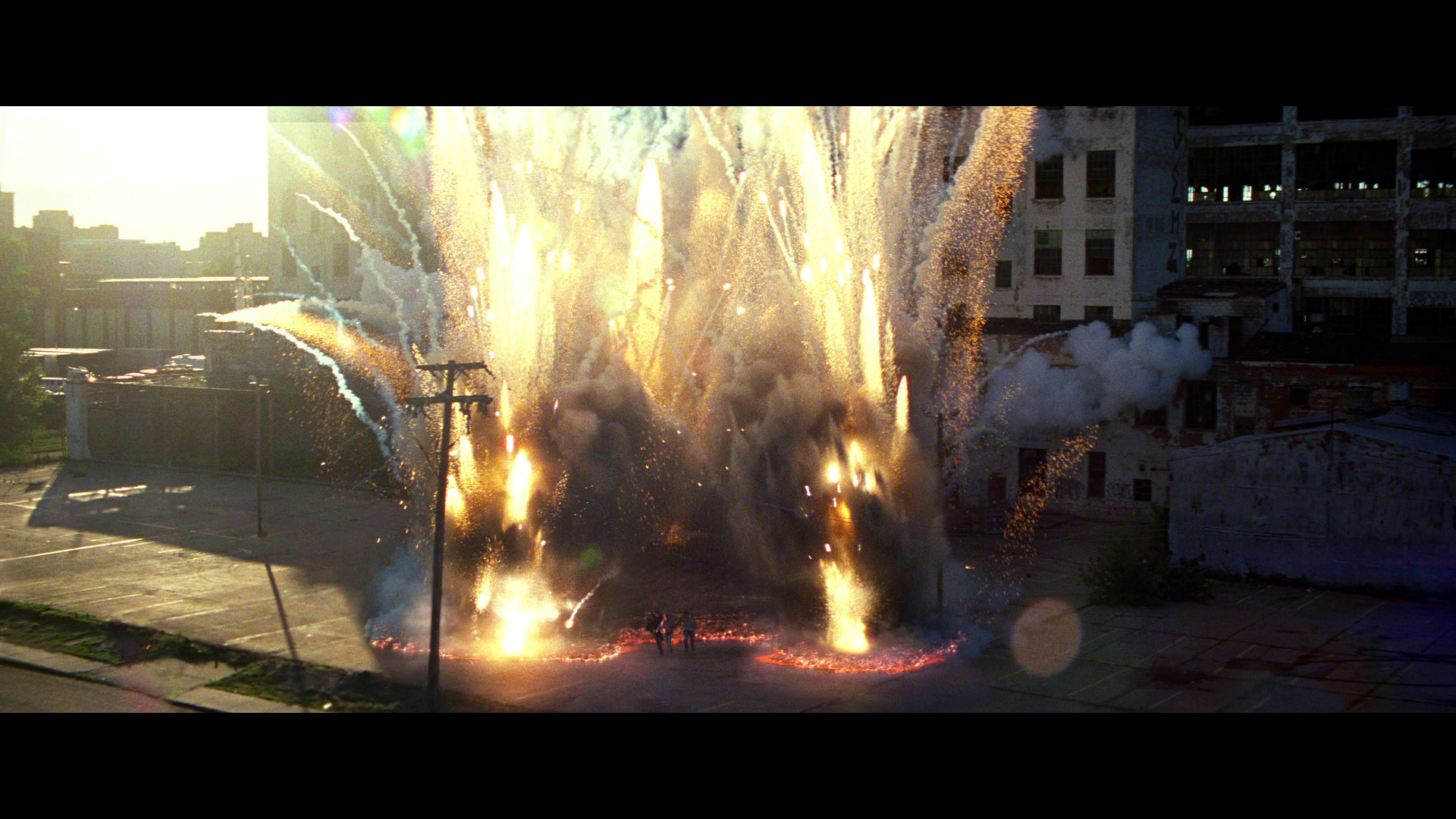 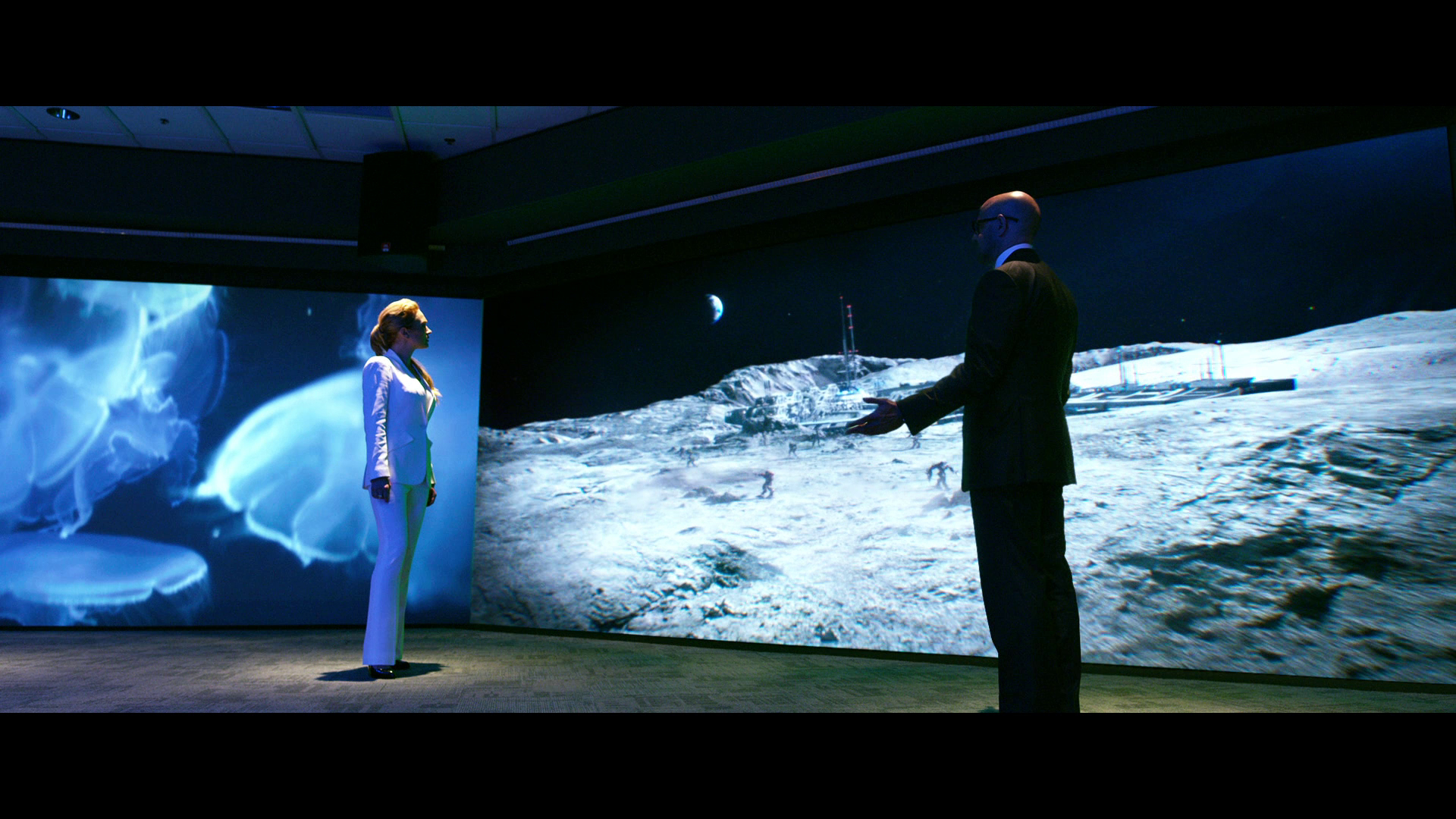 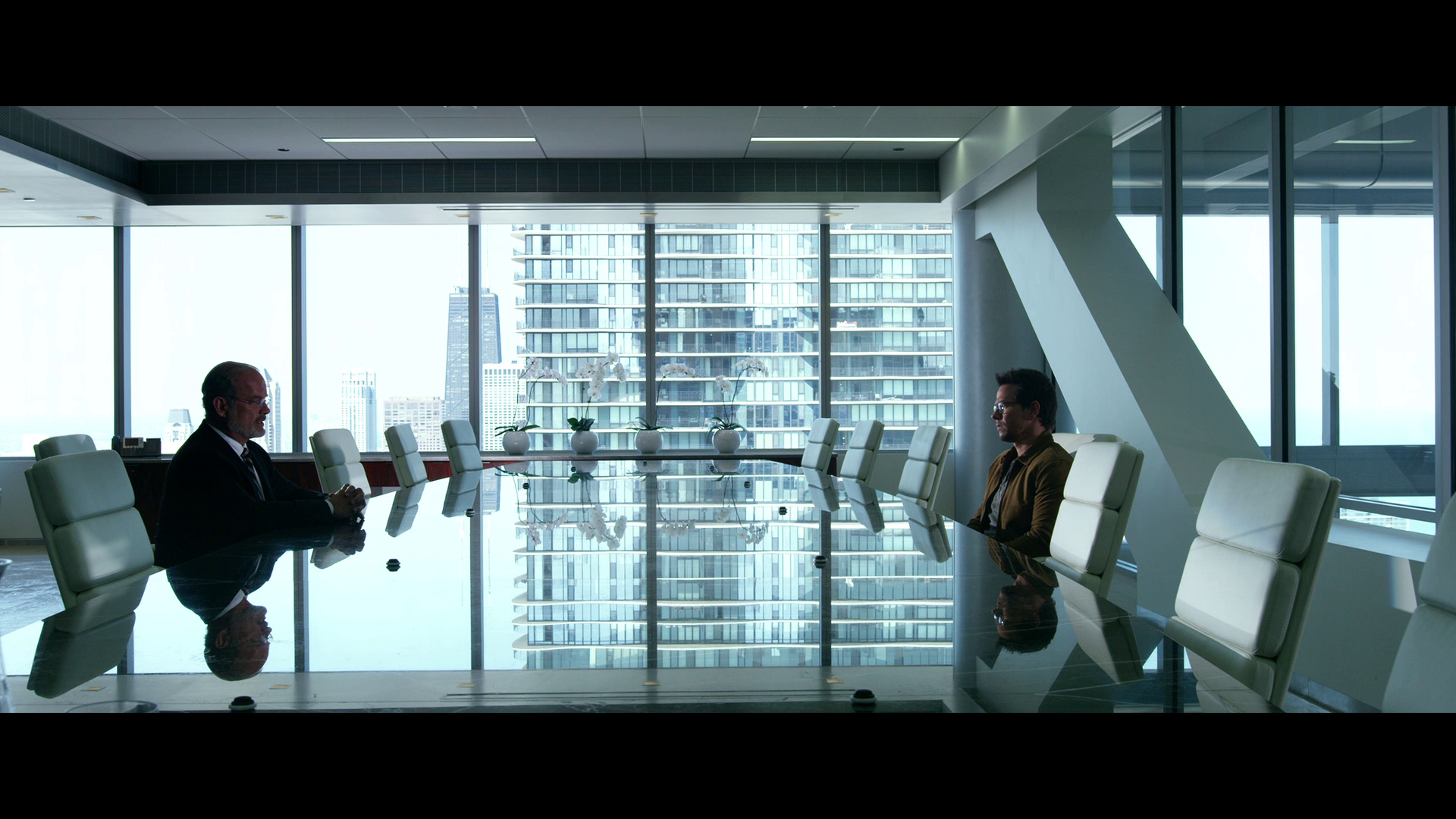 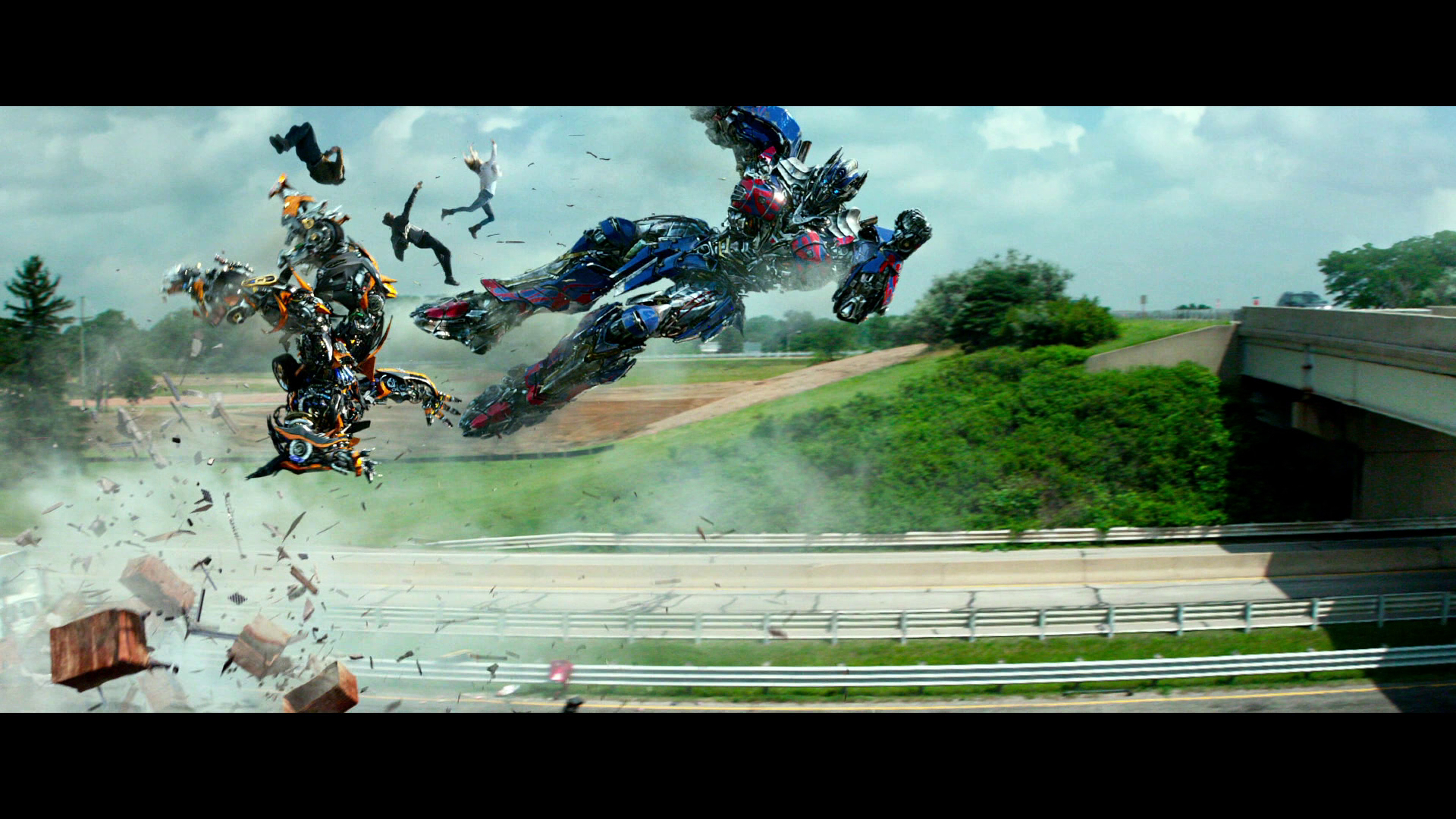 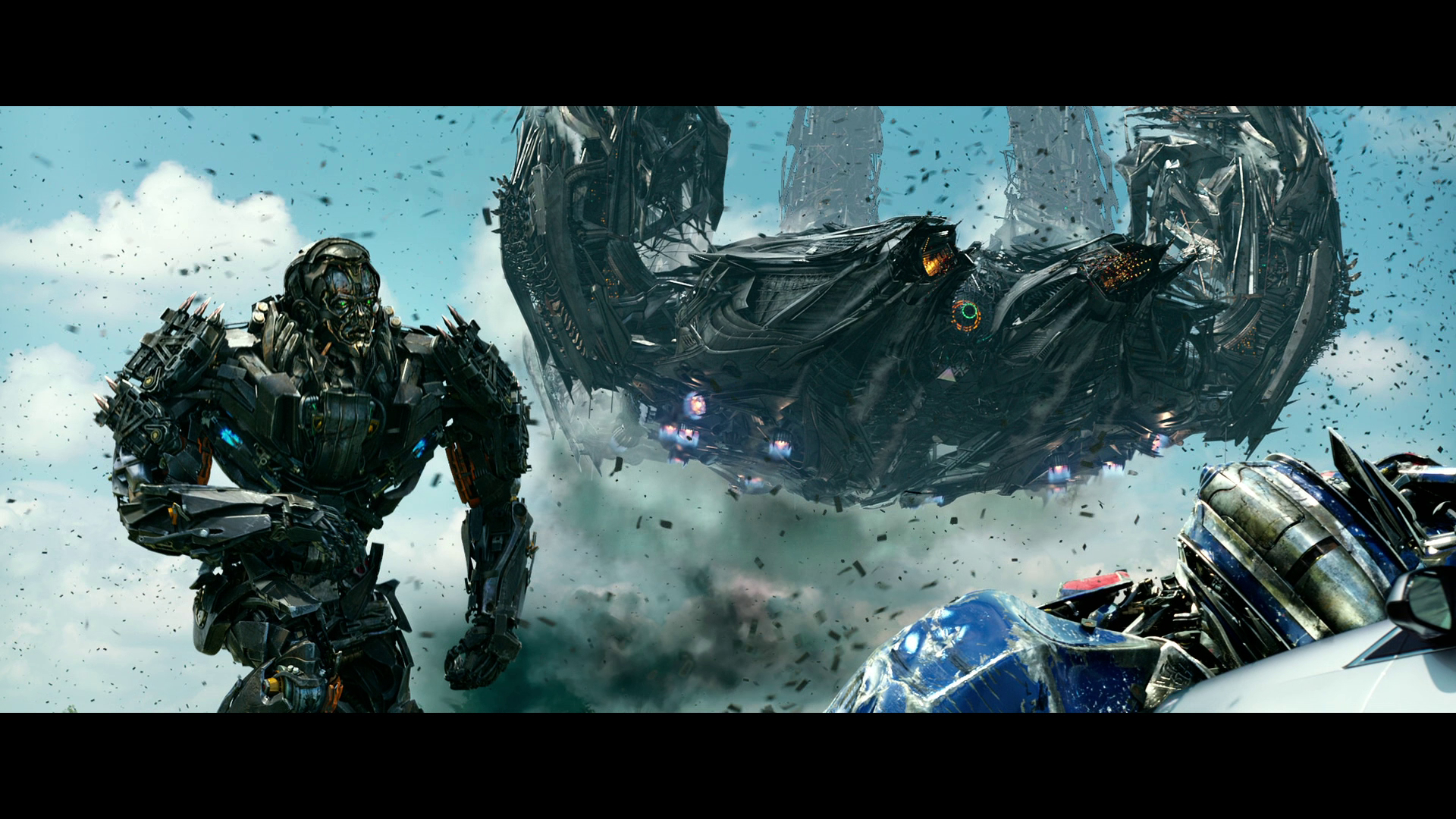 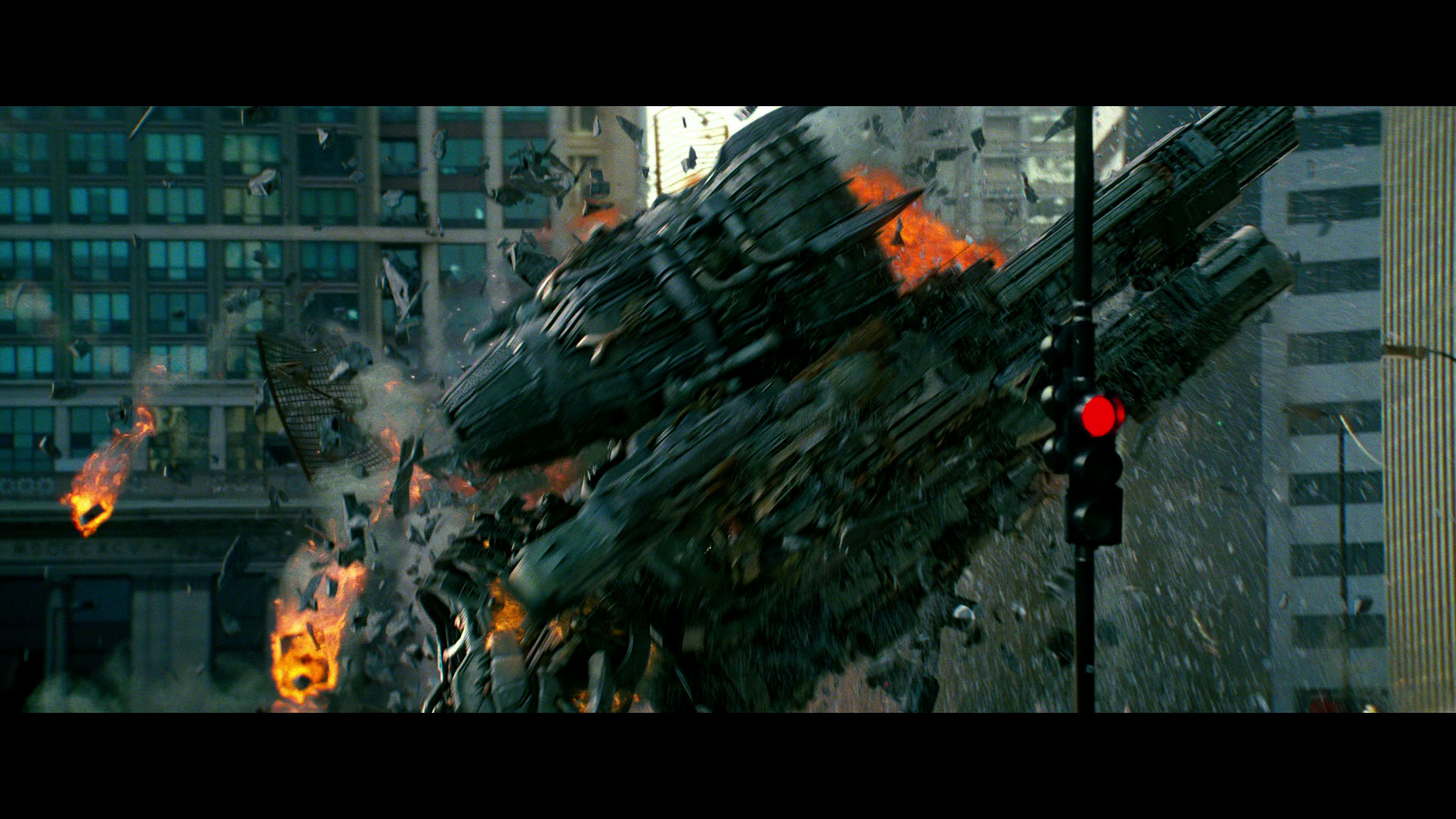 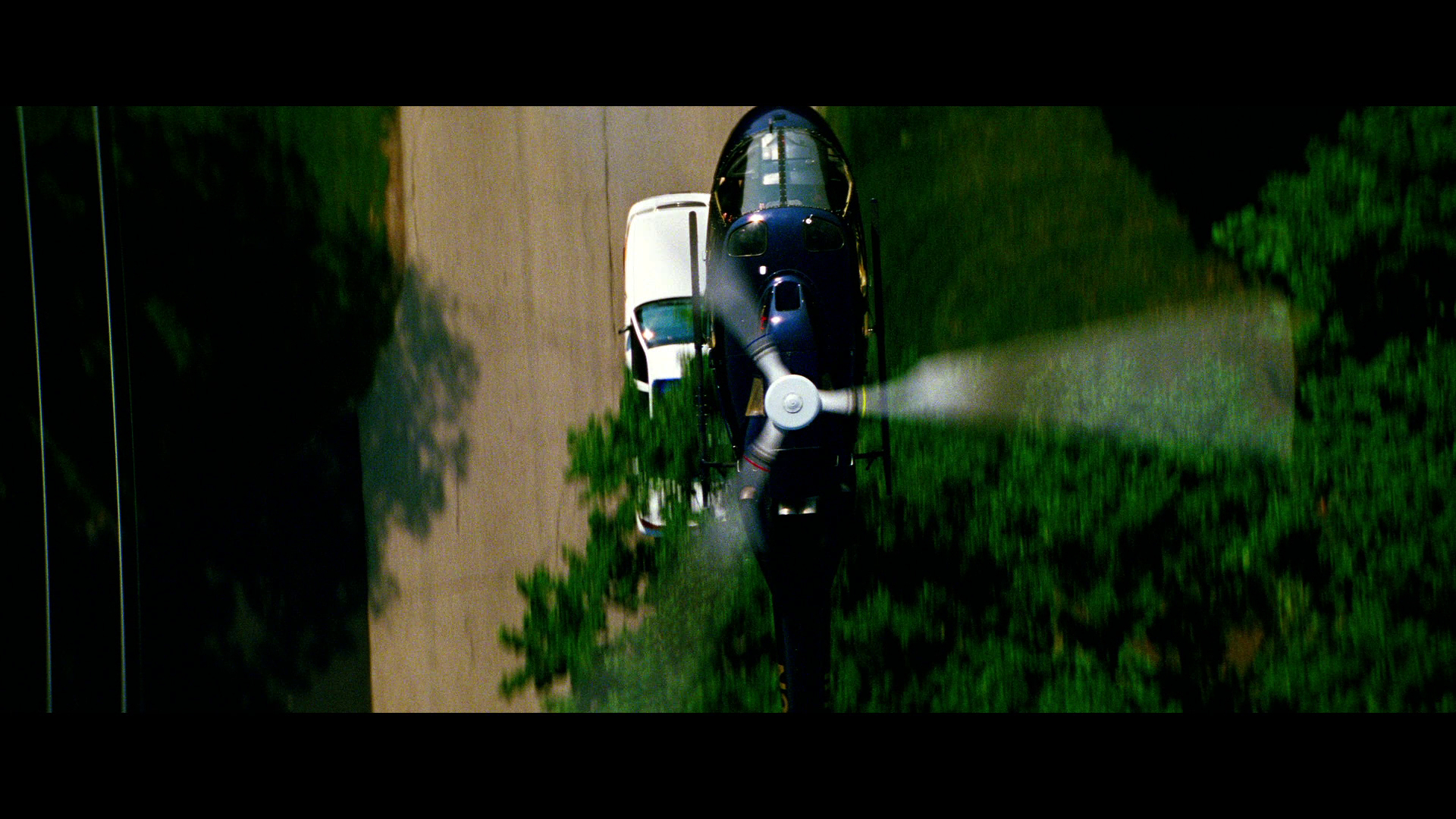 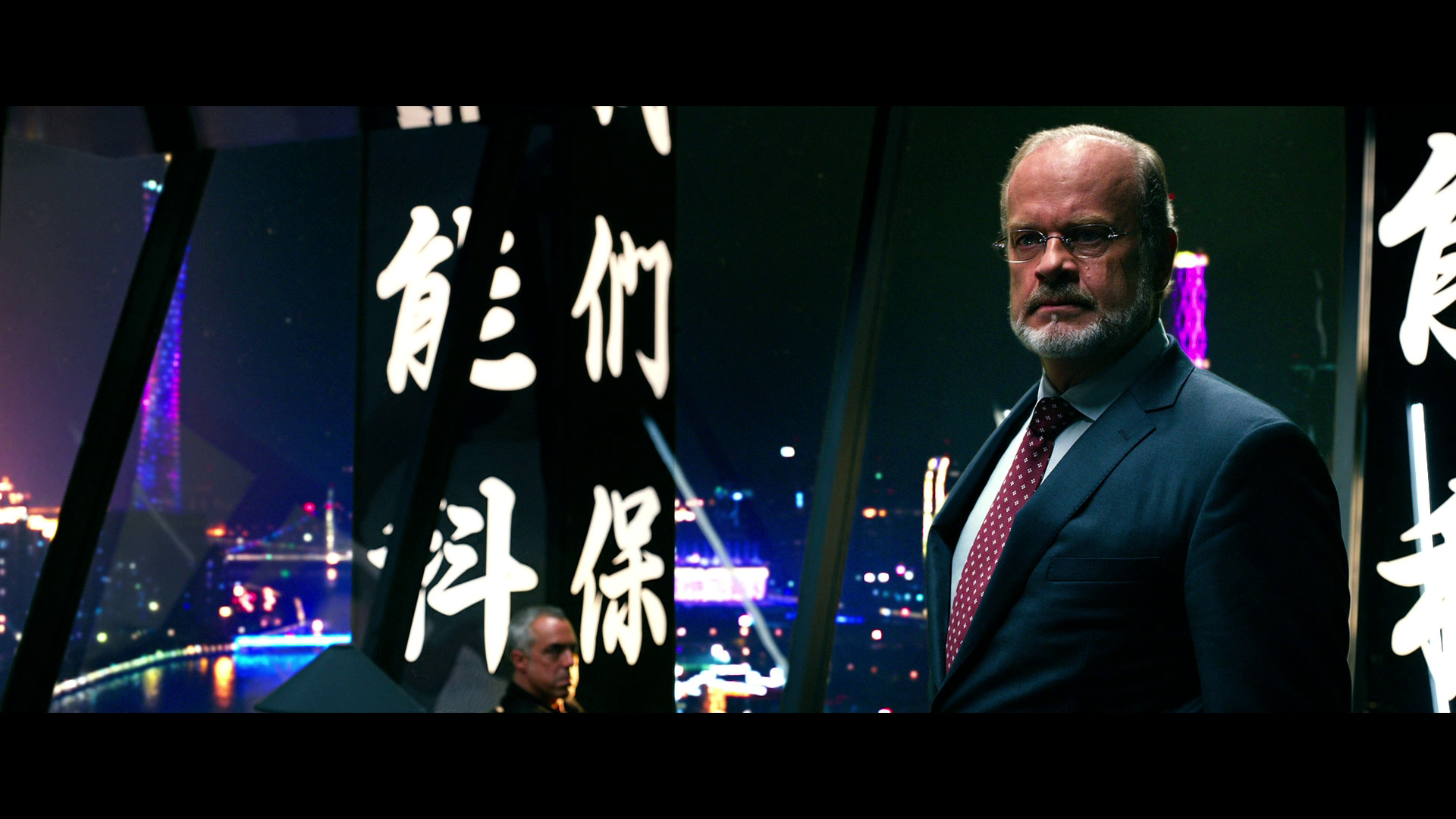 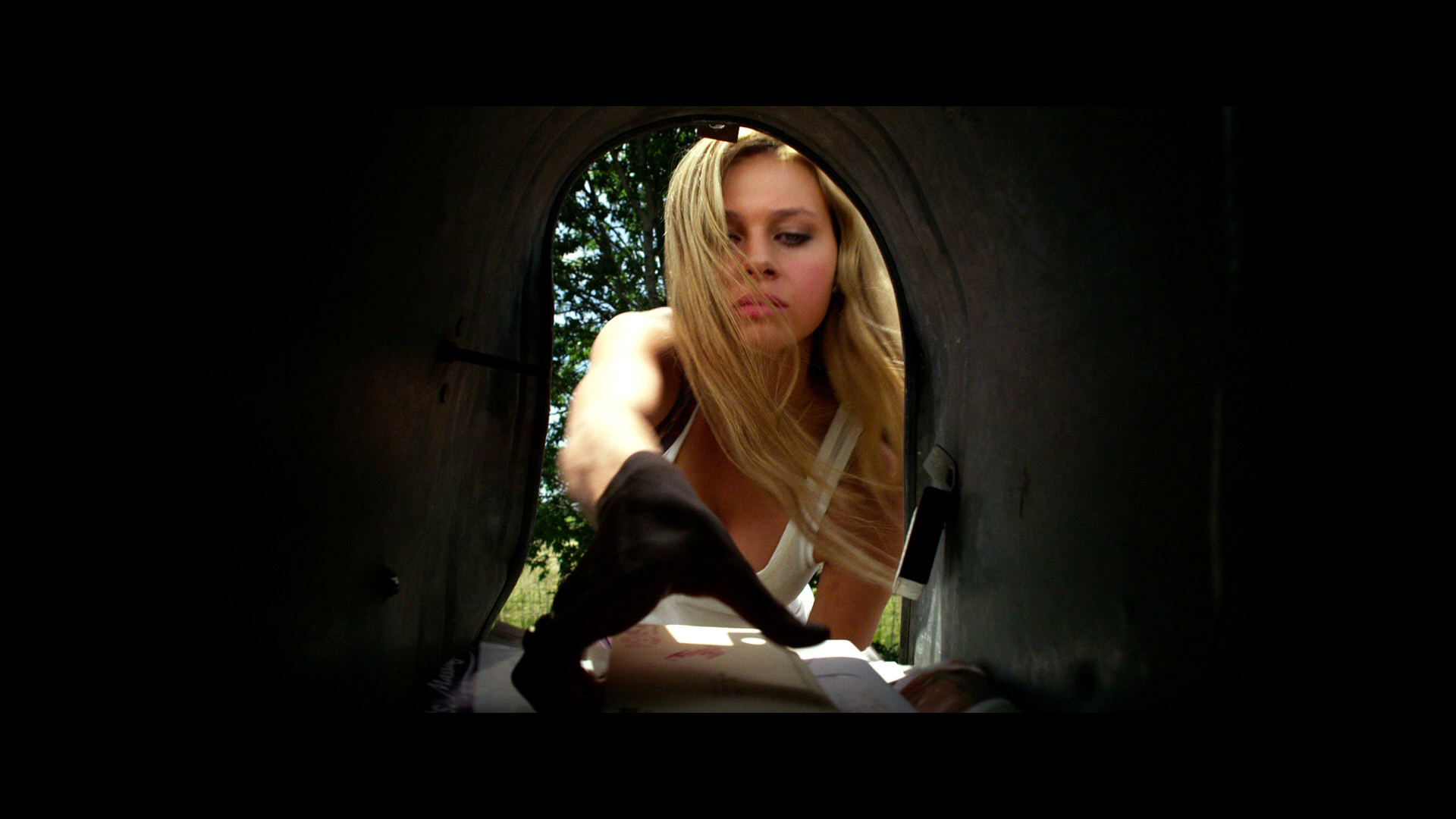 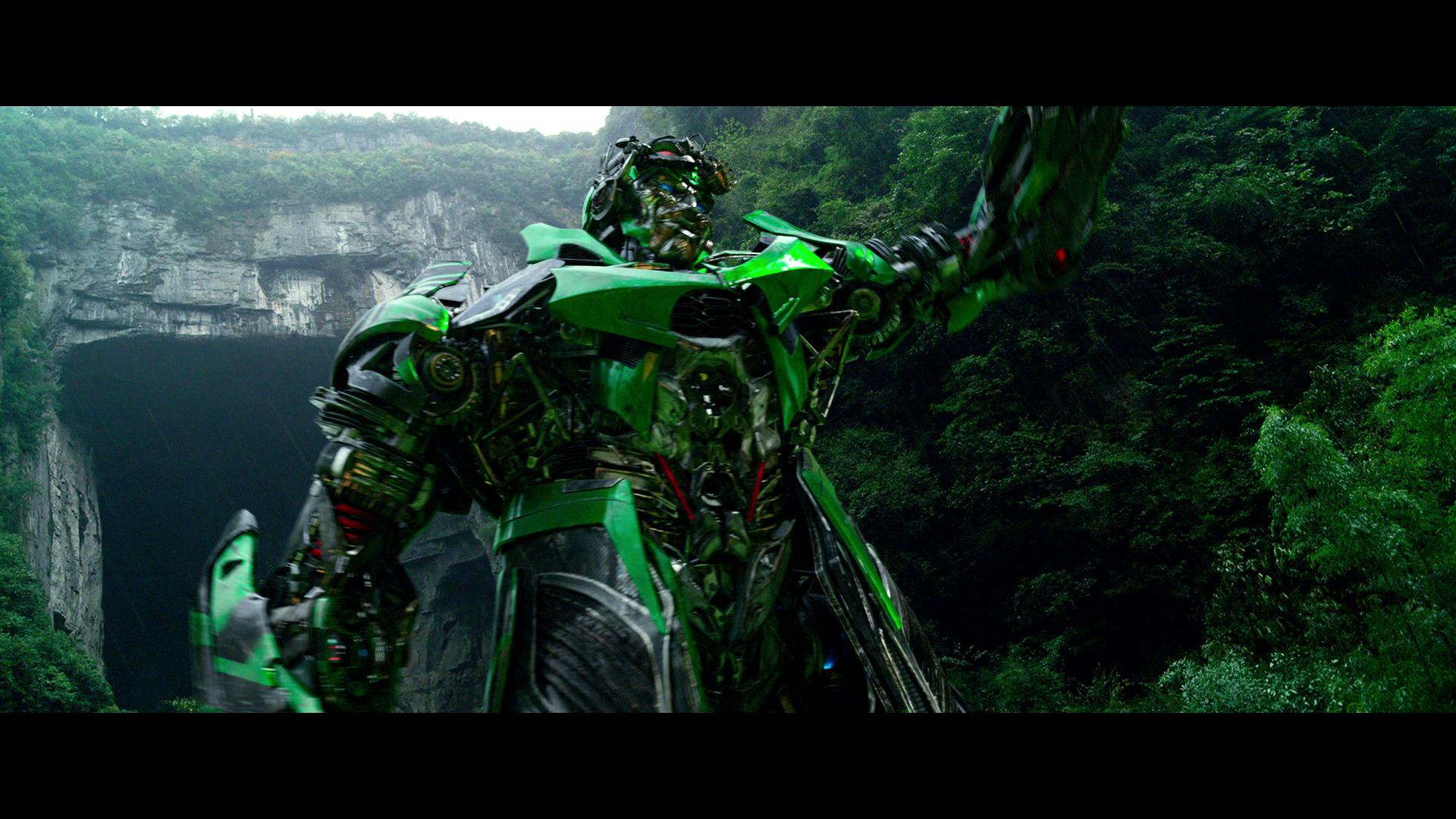 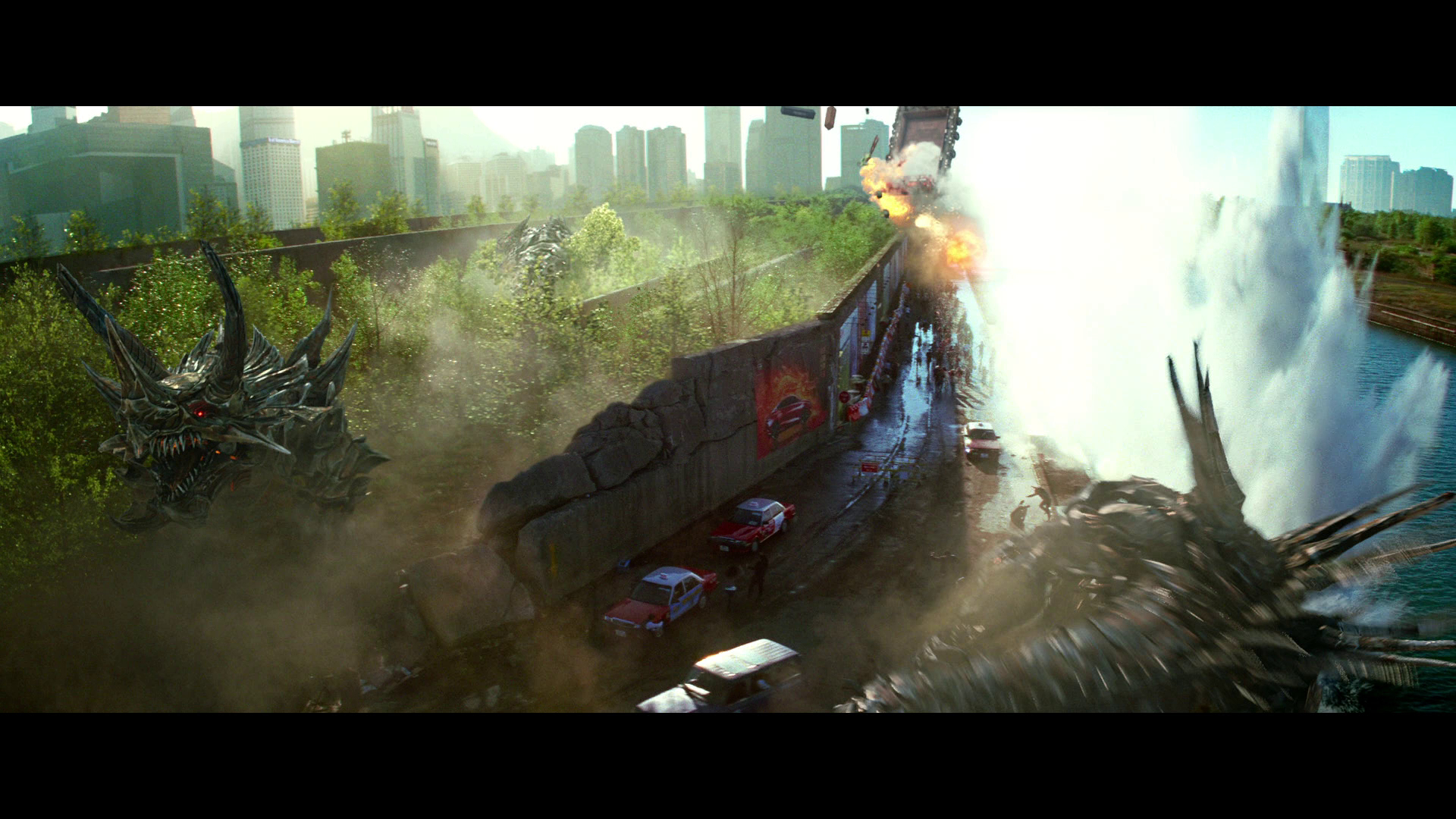 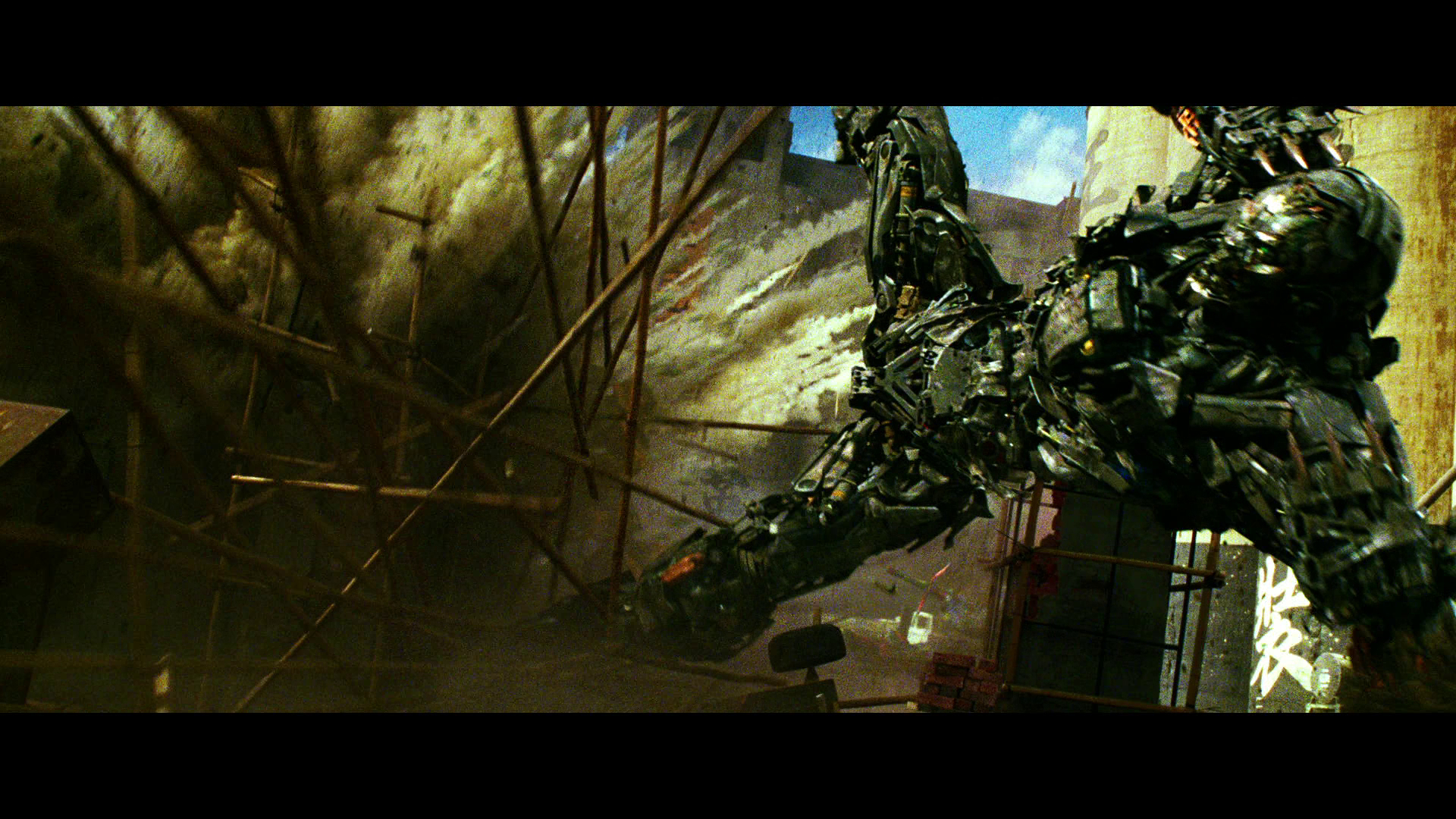 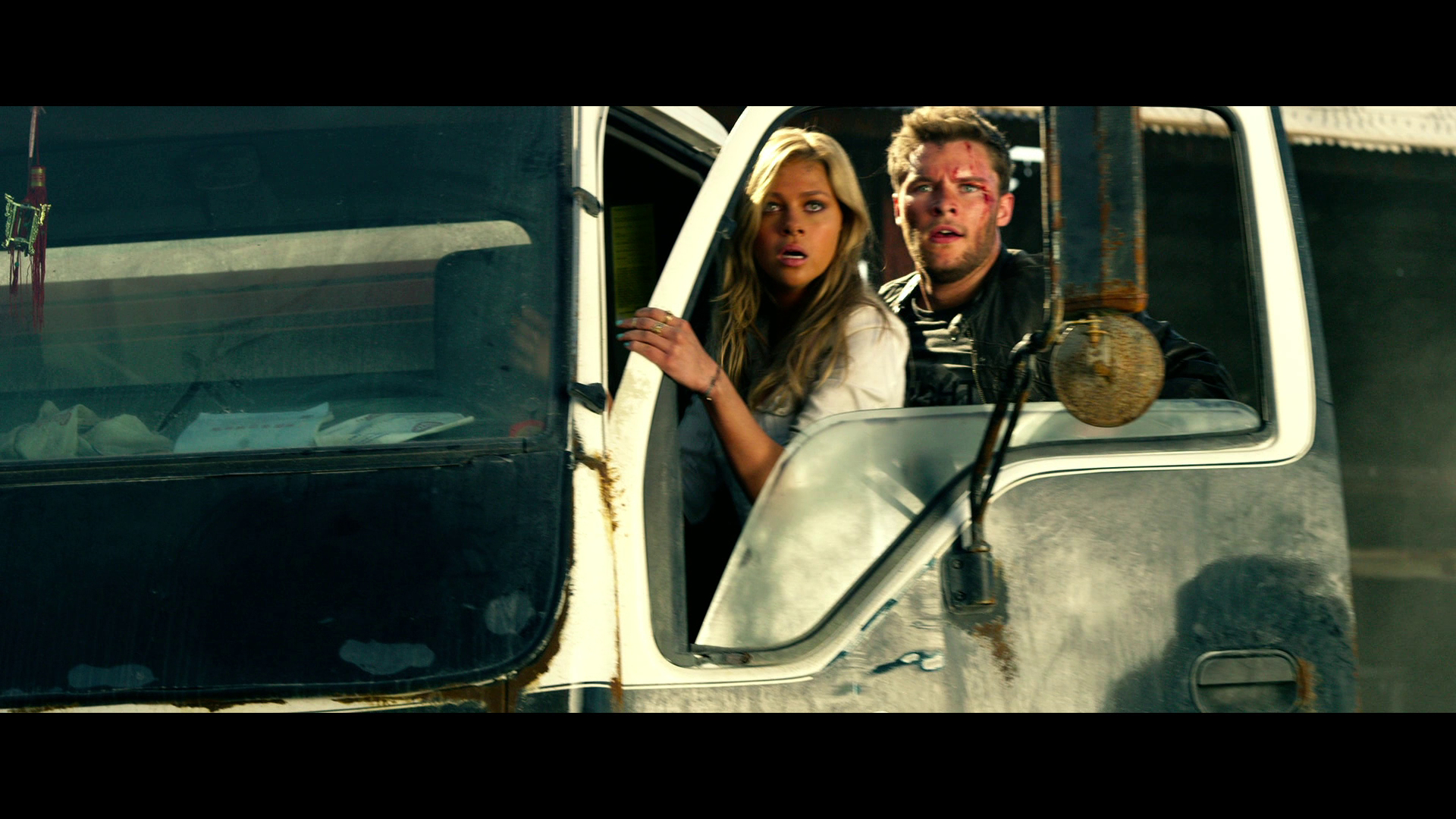 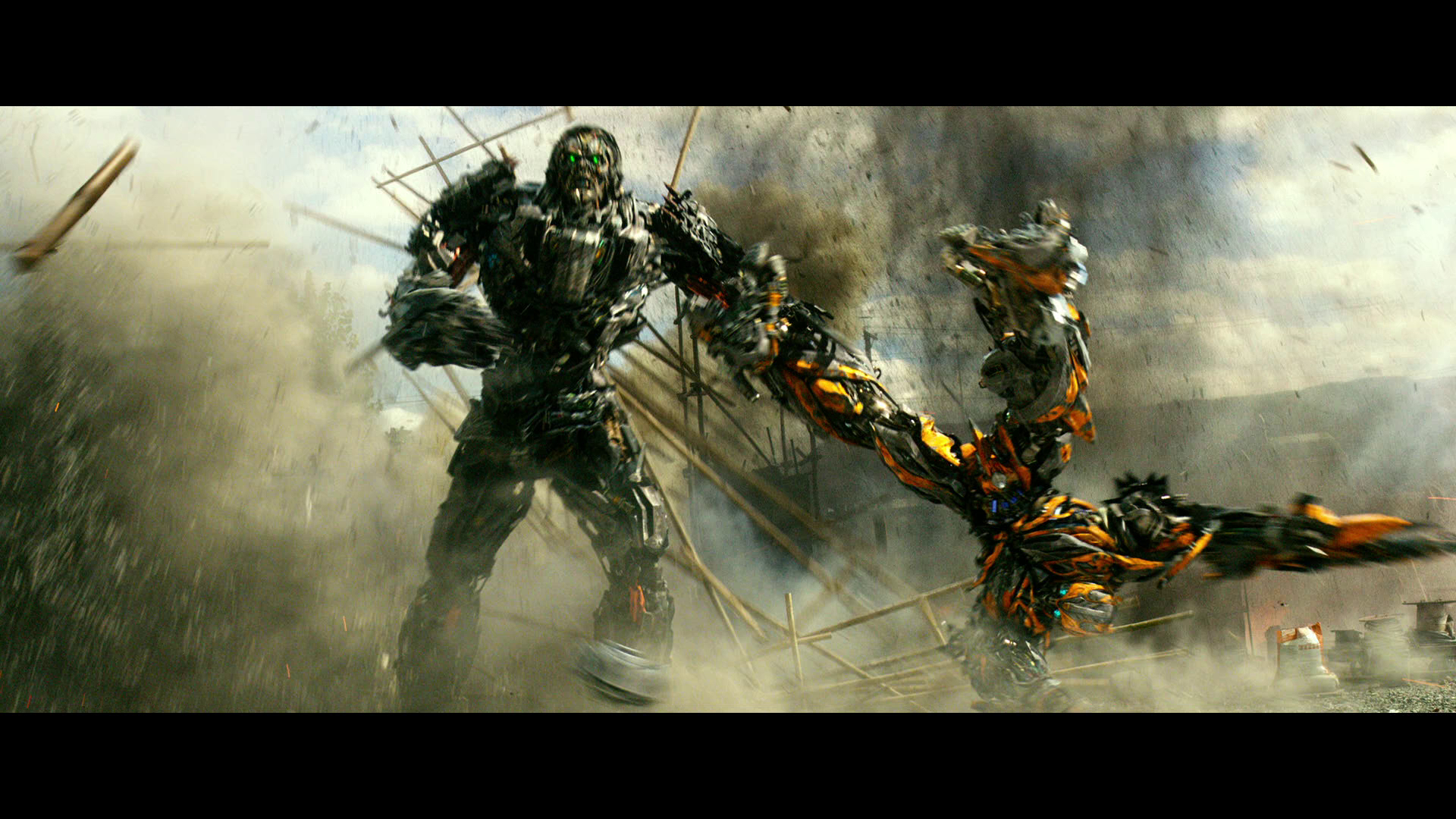 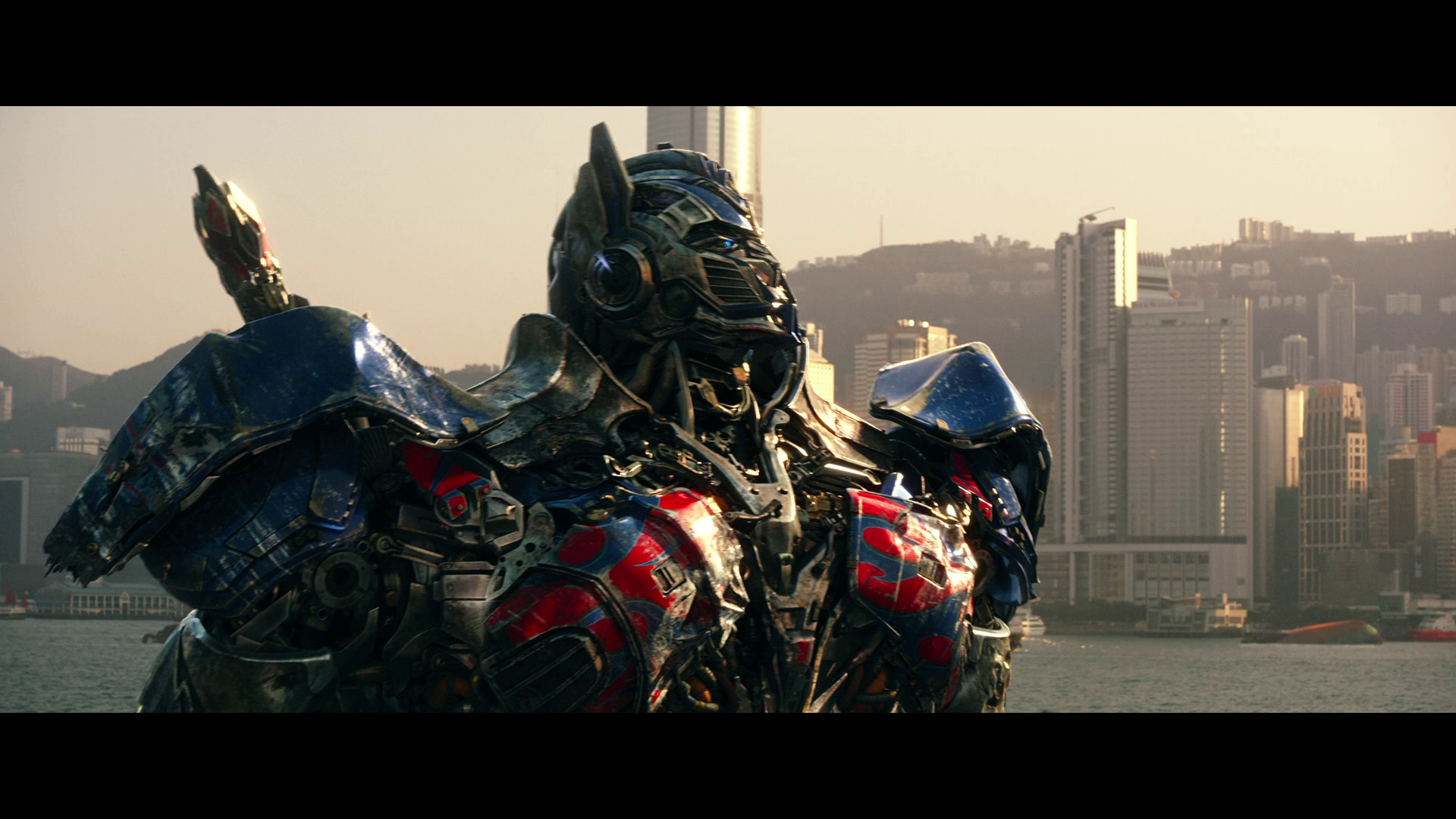 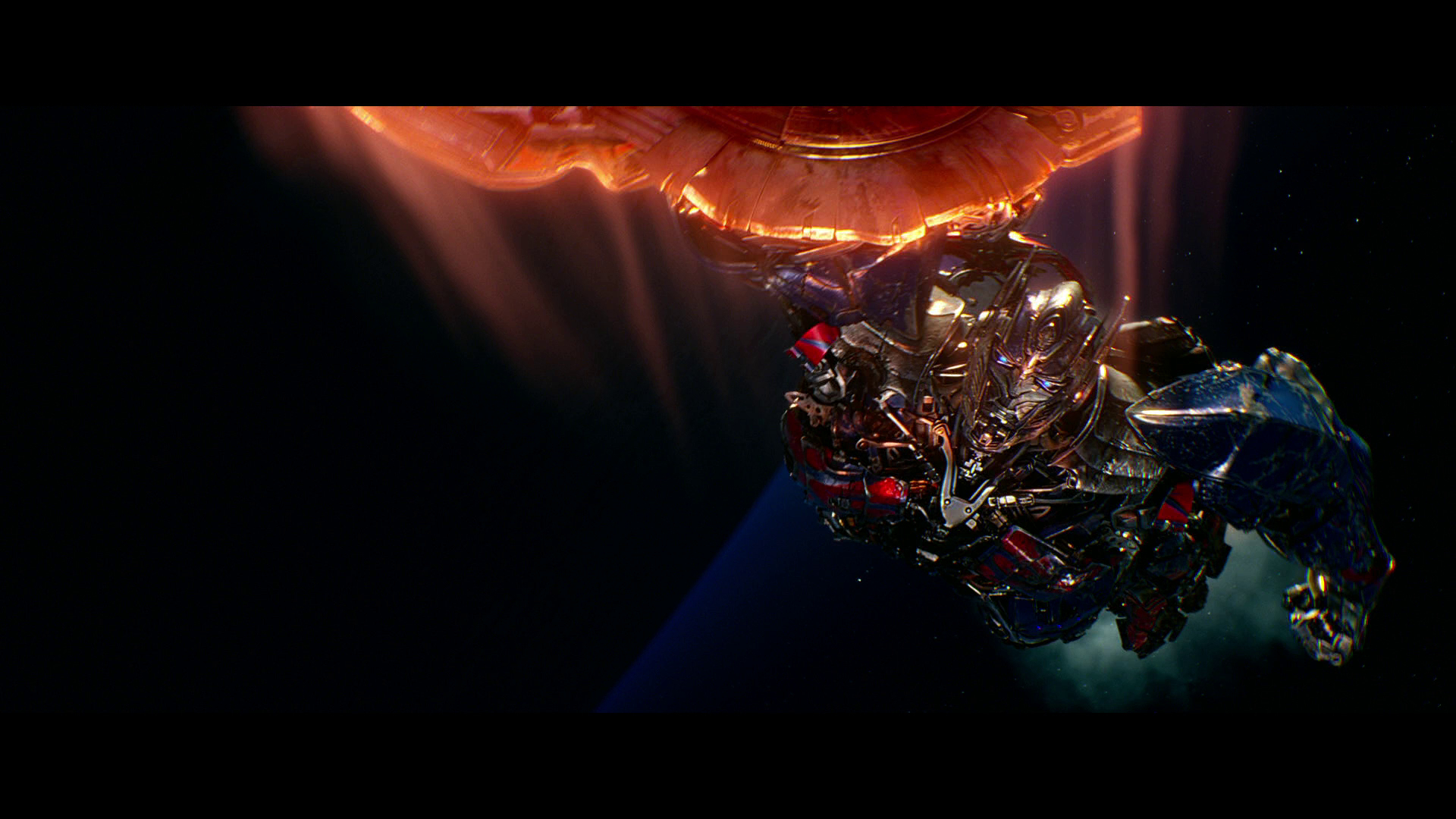