Guardians of the Galaxy (3D) 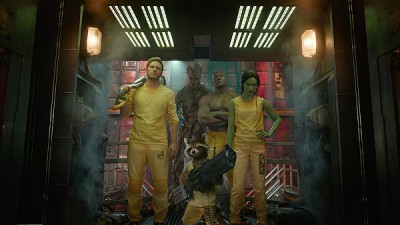 It's been a pretty good summer for movies so far, so even if the promise that the most fun I'd have in a multiplex this season was going to be because of a talking raccoon and a semi-verbal tree had turned out to be an elaborate prank, I'd have forgiven whoever had perpetrated the joke. The good will was already there.

The fact that it isn't a joke and Guardians of the Galaxy is as stupendously enjoyable as it is means that 2014 should go in the books as the year the summer blockbuster delivered, even if the audiences weren't always sure which way they should look (Edge of Tomorrow > Trans4mers in all ways except box office receipts). It's the year where the most unlikely candidates ruled the day (movies about trains in a frozen post-apocalyptic world, a study of a boy's life filmed over 12 years, etc.). So, why not an obscure Marvel Comics property featuring characters even a lot of fanboys have never heard of? Sure, bring it on!

Guardians of the Galaxy stars a loosely shaped band of intergalactic scoundrels who go from being bad guys to heroes despite their own penchant for greed and self-preservation. Amongst them is a cosmic kidnapping victim who goes by Star-Lord, a terrible alias, which is why most folks call him by his Earth name, Peter Quill (Chris Pratt, Parks and Recreation). Stolen from his parents in the movie's prologue (and also Guardians of the Galaxy's only bad sequence; shame it's the very first), Quill has become a spacefaring thief and scavenger. He has recently struck off on his own, betraying his adopted crew to sell a mysterious metal orb and pocket the profits. This action sets off reverberations, angering the orb's intended recipient, a brutal thug called Ronan (Lee Pace, Pushing Daisies), and landing a rather large bounty on Quill's head. Ronan dispatches one of his minions, Gamora (Zoe Saldana, Star Trek), to get him the object. Blows are exchanged. Chris Pratt manages the physicality with a surprising ease, while also making it okay for those of us sick of Andy Dwyer to like the perfomer again. Zoe Saldana is at her most badass, continuing to prove that she should be the star of her own action franchise. (She was the only thing good in Colombiana). Further complications arise, however, when her efforts are derailed by the presence of the aforementioned raccoon and tree. 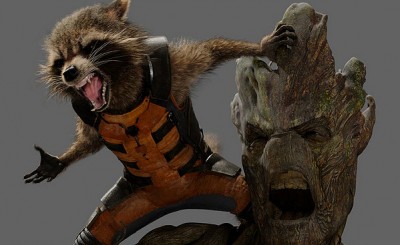 Rocket Raccoon and Groot (voiced by Bradley Cooper and Vin Diesel, respectively) are misfit bounty hunters who intend to collect on Quill's head. Rocket is a violent little bastard who is the product of some sinister experiments, and Groot is a kindly wood creature who comes from parts unknown. These two steal the movie, I promise you. Cooper's vocal performance has a glee and abandon I'd like to see from him in the flesh, and those who remember how Diesel tugged at our heartstrings doing similar work in The Iron Giant will be pleased to have him work his magic here, too. Groot can only say one phrase, "I am Groot," and like Woo shouting out a certain obscenity when talking to Al Swearengen in Deadwood, how he says it is indicative of its meaning. The computer effects team for Guardians easily bests even Dawn of the Planet of the Apes for creating believable, fully realized creatures that simply should not be.

The four bad guys tussle on a peaceful planet, and end up arrested. It's in prison that they find their fifth Guardian, a shirtless bruiser called Drax the Destroyer (wrestler Dave Bautista) who has a grudge against Gamora's former employer. He agrees to stave off killing her and go along with their prison break if it means they'll take him to Ronan. And so an unlikely group of heroes is born. 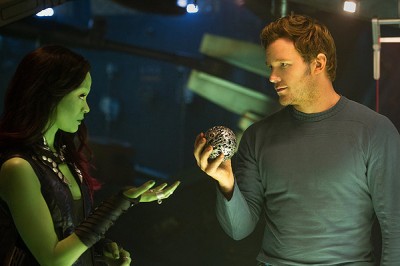 The basic plot of Guardians of the Galaxy, which was co-written by Nicole Perlman and director James Gunn (Slither, Super), follows the Guardians as they first try to keep the orb out of Ronan's hands and then, after they simultaneously lose it and discover what it really holds, get it back before he begins a path of destruction across the universe. The main genre is more adventure than sci-fi, and the tone lighter and more comic than a lot of recent superhero movies, but that's what makes Guardians of the Galaxy so refreshing. An easy comparison is to Serenity, but Gunn is more irreverent toward your usual space opera. Peter Quill is more of a smartass than Malcolm Reynolds, and his crew more eclectic. Drax is from an alien race, for instance, that can only process language in the most literal sense, he does not understand metaphors. The combination can be priceless. 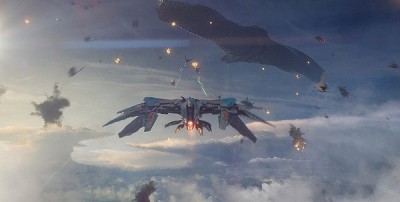 Likewise, the action is grander and more exciting. Guardians of the Galaxy is actually one of the few movies where 3D makes sense. Gunn has created bright outer-space landscapes, the neon spaceships standing out against the dark universe, allowing for incredible depth of field and a ton of detail for effects fans to drink in. It reminds me of Pacific Rim in that the director and his production team are not afraid of color, there is no need to have a bunch of dark shadows out of fear of not being taken seriously. Which shouldn't be a concern from a film that doesn't take itself too seriously anyway. The script remains light even as it grapples with its more dramatic themes, like the value of friendship and doing the honorable thing even when it would be easier to look the other way. Gunn doesn't completely eschew the recent Marvel formula of grand finales featuring large objects banging together at the peril of puny mortals on the ground below, but there's a lot less of the overwhelming destruction here. In fact, the final battle is meant to prevent said destruction, almost as if in answer to Zack Snyder's apparent prejudice against any freestanding building, as witnessed in last summer's Man of Steel. Heroes put themselves in harm's way, it's not just about bashing the other guy's face in and breaking his neck.

That all being said, it's not the action or the effects that really make Guardians of the Galaxy such a winner, but the camaraderie of the main heroes. Though writers Dan Abnett and Andy Lanning are credited with the source material (and look in the closing credits for the creator credits for the different characters), this Guardians of the Galaxy has a dynamic that should be familiar to anyone reading the current Brian Michael Bendis-helmed comic book series (with art by Steve McNiven, Sara Pichelli, and Francesco Francavilla, among others). Largely, awesome fight scenes balanced out by wisecracking humor, arranged in such a way that every player is important. How they get along is just as important as how they get things done, and their friendship grows alongside our own affection for them. It's why the audience will cheer when the end title promises that the Guardians will be back. Their movie leaves the viewer feeling up, rather than beleaguered and fatigued, and we'd be crazy not to want more. 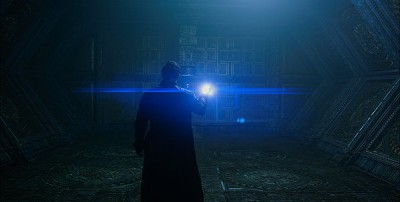