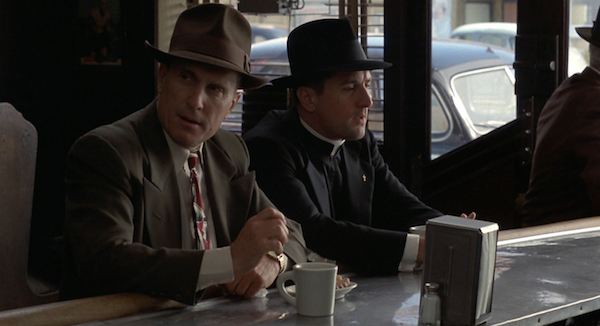 1981's True Confessions is one of those many films that has tremendous talent involved (both behind and in front of the camera), was pretty well-received upon release (though not exactly a hit), and still has managed to drift into obscurity. It's not a lost masterpiece, but True Confessions is a welcome time capsule of an era where character-driven dramas could still be produced by a major studio, even as blockbusters were coming to the fore.

Robert Duvall and Robert De Niro appear in this late-'40s-set story as Irish-Catholic brothers -- an incongruity that is certainly distracting at first but gradually becomes less so -- named Tom and Des Spellacy. Tom is a working-stiff homicide detective, while Des is a wheeling-and-dealing monsignor, working his way up the Los Angeles diocese. They both find themselves crossing paths with big-time racketeer Jack Amsterdam (a perfectly cast Charles Durning). Amsterdam wants to be a big man in the public eye, so his construction company has been making deals with Des and the Church to build schools and the like. Tom is sickened to see Amsterdam making these plays for mainstream acceptance since Tom has a history back in his rookie cop days of running money for Amsterdam. Tom drops hints to his brother about Amsterdam's continued involvement in underworld activities, and Des quietly tries to ditch the Irish mob boss.

True Confessions was written by novelist-screenwriter-spouses John Gregory Dunne and Joan Didion (based on Dunne's novel) and there is a patient, novelistic quality to the way it unfolds. For the first twenty minutes or so, the film feels a bit meandering, as it lays out the setting and web of relationships that will come into play later, though it becomes downright gripping once those relationships are tested and strained. Director Ulu Grosbard (Straight Time) excels at creating a naturalistic atmosphere for the actors to exist within, while Owen Roizman's cinematography echoes Chinatown's sun-baked vision of bygone Los Angeles. It's the kind of filmmaking that allows one to enjoy discrete scenes, just based on the quality of work on display, but then unintentionally leads viewers to the question, "Is this actually going anywhere?"

The answer eventually, of course, is yes. Duvall and De Niro are so good at playing their characters' emotions close to the vest that it can be hard to see them changing as the story goes -- which might be why Dunne and Didion have given both characters a kind of moral guide: for Tom, a former prostitute pal named Brenda (Rose Gregorio) and for Des, a mentoring past-his-prime monsignor, Seamus Fargo (Burgess Meredith). Both of these supporting characters find themselves squeezed out of their own game; Brenda took a prison rap for Amsterdam years ago and now is destitute, while Monsignor Fargo can't adjust to the new normal of the Church-as-Real-Estate-Developer so he is essentially kicked out of the diocese. The destinies of these side characters are presumably giving Tom and Des food for thought, even if their actions don't explicitly reveal this -- at least not until the flash-forward at the end, when both characters have followed their consciences.

True Confessions is kind of a slow burner; it improves as it goes and grows more powerful upon reflection after the credits have rolled. For fans of the two leads who are otherwise unfamiliar with this film, it's certainly worth checking out. 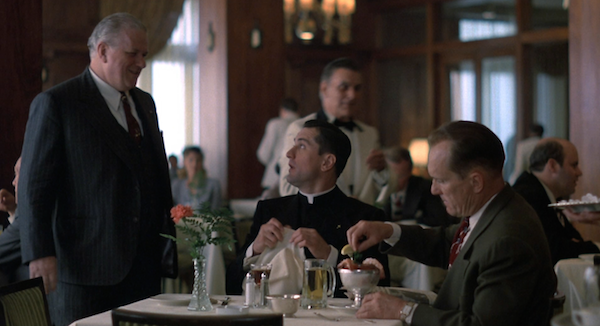 The Video:
The AVC-encoded 1080p 1.85:1 transfer is well done. Apart from some dirt and scratches here and there, and a few select shots where age has caused the color to fluctuate slightly, the images are clean and stable. The structure of the film grain is intact. The clarity and color reproduction is excellent.

The Audio:
The DTS-HD MA 2.0 audio is not flashy, but it boasts great fidelity with no apparent damage to the soundtrack. Georges Delerue's sparsely utilized score provides a nice sonic counterpoint to the drama. Optional English subtitles are included.

Special Features:
Just the oddly fast-paced theatrical trailer that crams in pretty much every dramatic high point from the film.

Final Thoughts:
True Confessions is a unique film, and certainly one that deserves greater recognition. Hopefully this new Blu-ray (bare-bones as it is) will make the film's audience a little larger. Recommended. 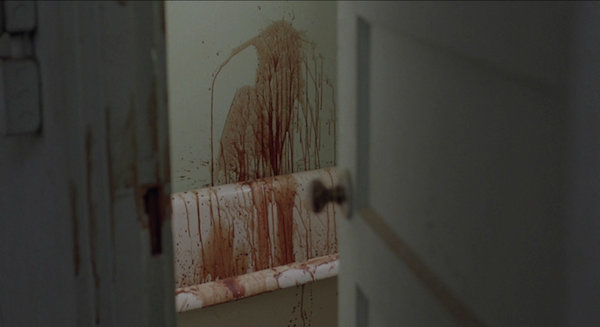