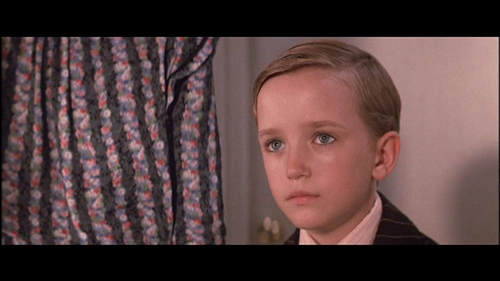 The Australian domestic drama Careful, He Might Hear You evokes hazy memories of seeing it one afternoon on broadcast TV, a few years after its 1983 release. Out of diaphanous, pan-and-scan images emerged a story involving an angelic little boy being shuttled between two households, a beautiful, eccentric rich lady, and a shipwreck. The movie's lush period setting and kids'-eye point of view shared a lot of similarities with 1979's The Black Stallion, which was a favorite at the time. Since I had forgotten most everything else about it, Scorpion Releasing's DVD edition of the film was a welcome sight.

Based on a novel which drew upon writer Sumner Locke Elliot's own childhood, Careful, He Might Hear You centers on a six year-old boy (Nicholas Gledhill) whose bohemian mother died shortly after his birth. Going by the name of PS (as "a postscript to her ridiculous life"), the boy lives happily with his nurturing Aunt Lila (Robyn Nevin) and Uncle George (Peter Whitford) in a working-class household in 1930s Sydney. Doted upon by Lila's quirky sisters Agnes (Isabelle Anderson) and Vere (Geraldine Turner), PS appears to have a relatively normal life - until his posh Aunt Vanessa (Wendy Hughes) arrives from England. Acting on a court order signed by the boy's drunken father, Logan (John Hargreaves), PS is ordered to spend weekdays at Vanessa's lavish estate, a stark contrast to Lila and George's humble home. On the misguided notion that he'd be better off as a docile little gentleman, the icy, imperious Vanessa sets PS on a strict regimen of etiquette and piano lessons and days spent at private school filled with bullies. Although she has the best intentions for PS, it emerges that the neurotic, manipulative Vanessa is using the boy to get back with his father, Logan, whom she's infatuated with. A bitter court battle ensues between the two feuding aunts, Lila and Vanessa, which only helps PS discover that he can be as conniving and manipulative as the adults trying to decide his fate.

For a film with all the lavishness of a typical Oscar-bait picture, Careful, He Might Hear You gets incredibly intimate with its characters, making it one of the few movies about child custody battles to give the subject some dignity. The haughty Aunt Vanessa, superbly played by Wendy Hughes, manages to elicit some sympathy for her plight even as her compromised mental state drives the custody case further afield. Similarly, the sweetness of Robyn Nevin's Lila becomes embittered as the story intensifies. John Hargreaves has a few excellent scenes as PS's father, gracefully going from boisterous to repentant in rapid time. I also enjoyed Peter Whitford's vulnerability as George, the working-class man who attempts to keep the family together after being laid off and experiencing a humiliating defeat in the local Labour Party election. Nicholas Gledhill has one of the film's biggest burdens as young PS, who appears in just about every scene. For being so young, he does pretty well - contributing a few moments of genuine spontaneity and an intelligence which never seems precocious. He also nicely handled PS's gradual transformation, going from innocent victim in his aunts' shenanigans to being a canny, indifferent manipulator. In addition to the great acting, the film authentically evokes '30s Australia with detailed production design and fantastic costumes.

Director Carl Schultz wraps Careful, He Might Hear You in hazy, mesmerizing setups which often place the camera at a low level appropriate for a child. Like Night of the Hunter, the movie gently stresses the fact that children often know more about their surroundings than they let on. Usually it doesn't work when a filmmaker tries that point of view; in this case, it makes what could have been a standard-issue family drama into a lovely, vivid experience. 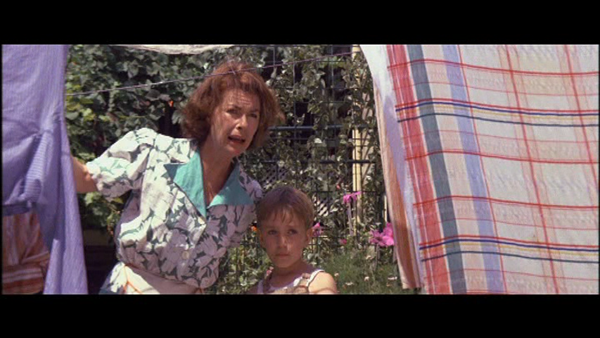 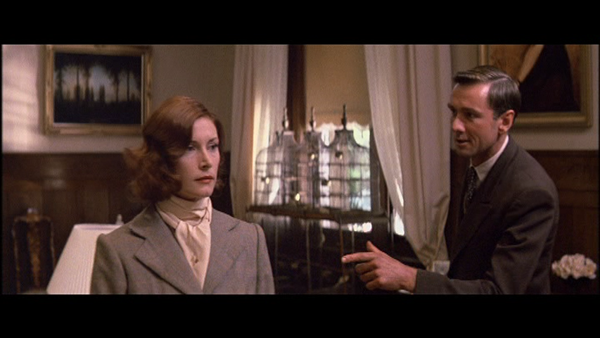 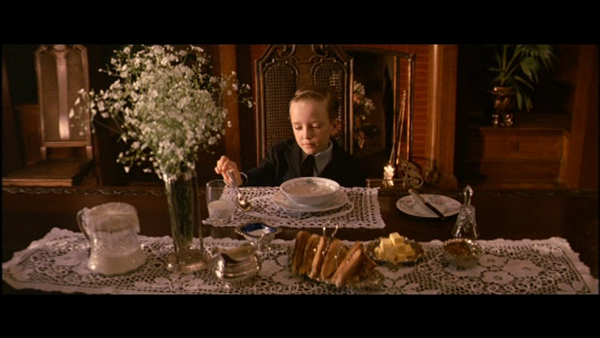 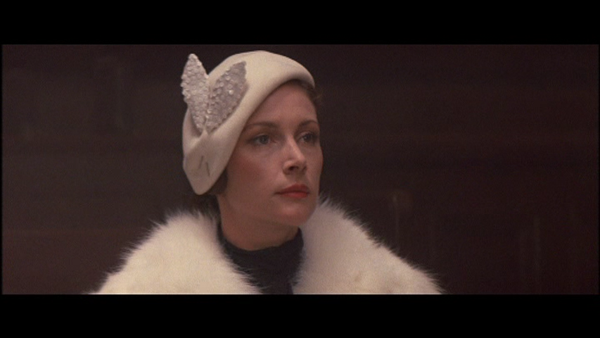 Scorpion Releasing's DVD edition of Careful, He Might Hear You is given a nice visual treatment befitting the film's lush production values. The letterboxed widescreen 2.35:1 image looks a little on the grainy side. Given its age the film, however, they found a relatively clean print with few instances of dirt and specks. Although there were a few high-contrast scenes where jagged edges appeared, the mastering job well-preserves the movie's soft photography and attractive, muted color palette.

The film's English-language mono soundtrack is a simple, pristine-sounding track with clean dialogue and few instances of flaws or aging. The musical scoring seemed too insistent and loudly mixed, although that flaw was likely in the original film as well. No subtitles or alternate audio tracks are provided.

Scorpion has included several nifty bonuses on this edition, appended from the 2007 Australian Special Edition DVD. The 74-minute making-of A Child's Journey from the Page to the Screen details all aspects of the film's production, including interviews with producer Jill Robb and actors Wendy Hughes and Nicholas Gledhill. The piece also includes fascinating archival interviews with author Summer Locke Elliot, whose own tormented childhood formed the basis of the film's source novel. The Elliot footage comes from a 35-minute, 1985 production done for Australian television, which is also included on the disc in its entirety. A Photo Gallery and Trailers for other Australian films on Scorpion Releasing round out the bonuses.

The dreamlike, sensitively done 1983 Australian drama Careful, He Might Hear You seems to have been another fascinating film which has fallen through the cracks over the years. The story of an orphaned boy caught in a bitter custody battle between his two differently-tempered aunts sounds like fodder for the Lifetime TV network, but it's immersive cinema with an absorbing script, fantastic performances and a real empathy for childhood. Highly Recommended. 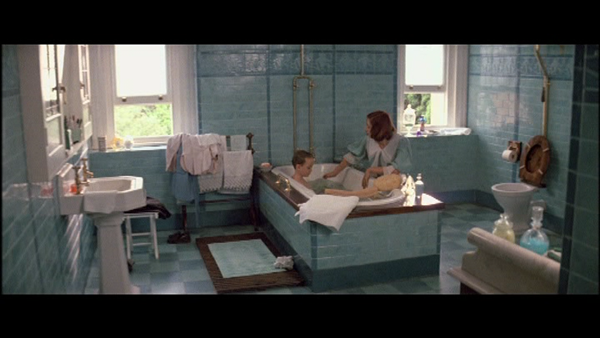 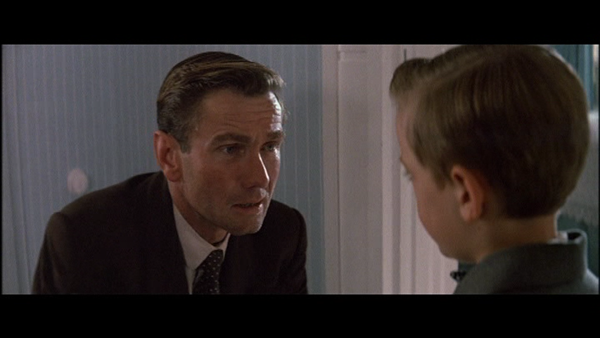