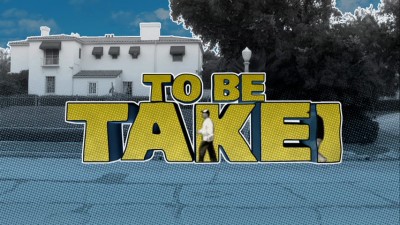 
The Movie
Before sitting down to watch To Be Takei, I thought about Howard Stern. At least for me, it was as a part of Stern's radio show that Takei, decades after his greatest show-business success as Sulu on Star Trek, re-emerged as a star, with a sound drop of his bass-heavy "Oh my" becoming a frequent punctuation to the studio action. So it was amusing that the film starts with Stern, and uses an interview he conducts with Takei as a throughline and as comic relief, as the host offers his irreverent take at several points along Takei's tale. However, in the end, this is Takei's show, and it's a fascinating one at that.

If Takei had never done anything but star in TV and movies as the helmsman of the Enterprise, his legacy would have been cemented forever, thanks to the Star Trek franchise's rabid fan base. This documentary certainly doesn't ignore this factor, showing Takei at a comic convention meeting his fans and interviewing co-stars like William Shatner (with whom he seems to share a strangely antagonistic relationship), Leonard Nimoy and Nichelle Nichols. But he has a long resume in popular entertainment, particularly important due to his position as one of the earliest highly-visible Asian actors, a part of his life that allows the film to explore the concept of racism in mass media, the effect his visibility had on fellow Asian-Americans (including the new Sulu, John Cho) and the compromises Takei had to make to achieve his success. 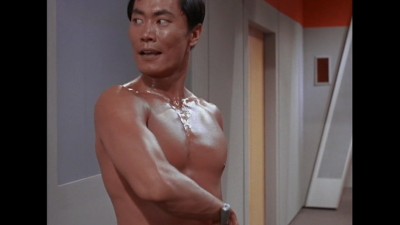 Race didn't only affect Takei in his professional life, but in his personal life as well, an element the film delves into effectively, as he talks about his time in an Arkansas internment camp following Japan's attack on Pearl Harbor and the start of World War II. Considering the treatment of black Americans for decades to follow, this kind of this should be no surprise, but it's still shocking to hear how Takei and his family, along with many other Japanese-Americans, were ripped from their homes and placed behind barbed wire for no reason other than their ethnicity. It makes perfect sense then that the experience would remain a big part of his life, as the film shows in looking at his participation in political elections and the musical he develops about the camps.

Social issues are a big part of Takei's life, and the film spends a good amount of time on one of his personal causes, marriage equality, a movement that finally allowed him to marry his long-time partner Brad, who gets some time in the spotlight here as well. Through interviews, and even some animation, we learn about how Takei came to understand his sexuality (including his first homosexual encounter), how he handled that part of his life in a less-enlightened time and the budding romance with his eventual husband. There's also a good deal on how Takei became an icon to the equality movement (partially from taking on basketball pro Tim Hardaway's hateful words) and how his involvement helped spark his pop-culture renaissance (including his popular Facebook account.) And, of course, the story of his wedding revives the contentious sparring with Shatner. The movie, like this incident, sums up Takei's life quite well: Star Trek, love and a sense of humor. 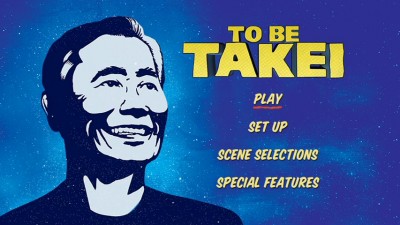 The Disc
To Be Takei arrives on one DVD, in a standard keepcase. The static, anamorphic widescreen menu offers a choice to watch the film, select scenes, adjust the set-up and check out the special features. There are no audio options, but subtitles are available in English SDH and Spanish.

The Quality
The anamorphic widescreen transfer looks very nice and has a decent level of fine detail, though it's often not as sharp as other films of recent vintage, with the exception of the animation, which is cleaner and more vivid than the rest of the movie. The archival footage, of which there is much, looks very clean though, and there are no notable issues with compression artifacts.

The film's Dolby Digital 5.1 track is the kind of clean documentary presentation you'd expect and want from such a film, though the surround sound is limited, with the front side speakers being far more engaged than the rear, which only really kick in when score is present. As with most documentaries, the low-end isn't a large presence, but the overall presentation is solid and clear.

The Extras
Almost 32 minutes of deleted scenes (made up of 16 segments) are available to check out, mostly in the one- to two-minute range (though two combine to run over nine minutes long. The content is all over the place, from Takei rising a horse to him being dressed in a formal kimono, along with the story of his wedding proposal and footage of him interacting with his fans. There's more pure Brad in these pieces, giving you more insight into him, but it's mostly a grab-bag of Takei time. 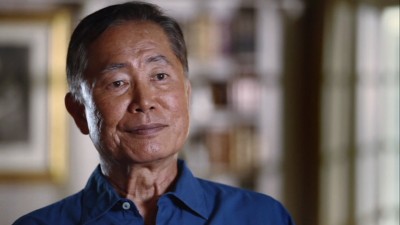 The Bottom Line
To Be Takei is an interesting mix of stories about a very interesting man, one who is quite well-known, even though his life has mostly evaded public knowledge to this point. A bit Zelig-like, as he is involved in some major American social issues over his years, Takei is always engaging and the film strikes a fine balance between telling the more serious elements of his life and emulating the lighter side of his personality. The DVD looks and sounds fine, and throws in a potpourri of Takei miscellania, making it an interesting two-hour journey for anyone who's a fan of the original Mr. Sulu.