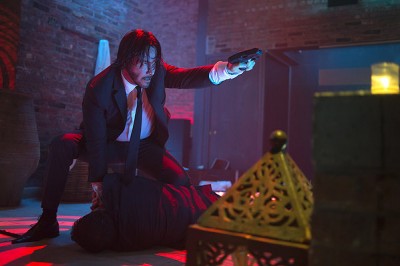 "Who is John Wick?" is a question you likely found yourself asking when you saw the ads for the new Keanu Reeves movie. If you're like me, you fired up IMDB to see what the film was based on. A series of books like Jack Reacher? An older action franchise like The Equalizer? Or maybe Keanu had found some obscure comic book? After all, he was the first on-film Constantine.

The answer is none of the above. John Wick is a wholly new creation, that rare beast of Hollywood that is neither a remake nor a reboot nor an adaptation. It's the simplest and most ingenious marketing. The filmmakers, most of them stepping into their specific roles for the first time despite experience elsewhere, want you to be intrigued by this mysterious figure. Even within the movie, where he appears like Clint Eastwood's famed Man With No Name, fully formed, a past and a reputation seemingly intact. All of the characters in the movie know him, they are all scared of him; only the newbies, like the rodent-like son of a Russian mobster (Alfie Allen, Game of Thrones), are baffled by his presence.

Who is John Wick? He's one supreme bad ass. Code named "Babayaga," or "Bogeyman." He is indeed played by Keanu Reeves, and at the start of the picture, he is retired from any criminal activity--though the quiet life he left his old career behind for has recently fallen apart with the death of his wife (Bridget Moynahan). Her final gift to John is a little puppy named Daisy, a new object for his affection, a comfort in his grief. It and his vintage Mustang are all John has left, and when the sleazeball mafia man comes to his house to steal the car and then kills the dog out of spite, the one-time hitman/enforcer retrieves his guns and goes seeking revenge. 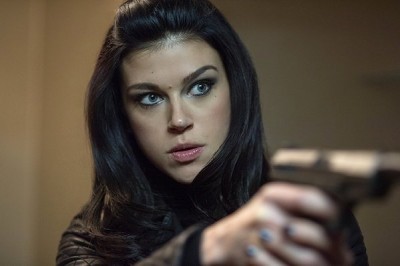 What follows is a fast-paced and extremely entertaining action flick. John Wick is the latest in a recent spate of old-men-seek-vengeance vehicles for aging action stars, like the aforementioned Tom Cruise and Denzel Washington movies, or any number of choices Liam Neeson has made since the first Taken. I don't think I'm going too far out on a limb, though, to say that John Wick is my favorite of any of these. It takes itself the least seriously while still being very serious about the action genre. The filmmakers have fun without ever winking at the audience. They are the most comfortable in these unpretentious shoes, inspired by old-school shoot-'em-ups as much as new-school video games, polishing up John Woo-style violence with a modern crime sheen. Outside of its persistent heavy metal soundtrack, John Wick's aesthetic is fresh and shiny, favoring clear action and impressive stunts, simultaneously not at all skittish about blood but never reveling in it either. It's tastefully brutal.

John Wick is the brainchild of screenwriter Derek Kolstad, who is relatively new to the game, and a couple of veteran stuntmen, Chad Stahelski and David Leitch, who have jointly stepped into the director and producer roles. Together, they bring their considerable experience to a movie that values physical action over dialogue and digital trickery. Unsurprisingly, Leitch has been on the team for most of the Wachowski movies, and Stahelski has been Reeves' stunt double for decades. The trust that the actor has in his directors is evident, as well as their understanding of who Keanu Reeves is. 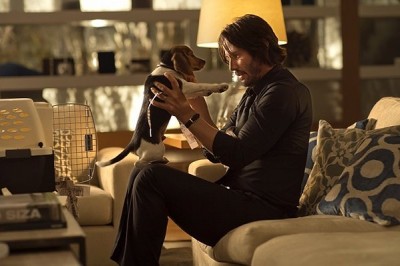 Because the key to John Wick's success is how well it capitalizes on Reeves' penchant for quiet. Like Eastwood before him, Reeves' presence is enough, he need not speak to communicate his threat--a skill that has maybe allowed the performer to be undervalued by audiences and filmmakers alike. He never fails to be convincing in John Wick, regardless of what he is doing, be it sitting and brooding, pulling back to plan, or killing an entire room full of bad guys. When he finally releases his rage verbally, the primal echoes are deafening. This is a man who has felt every moment, who has harbored the hurt and even stoked it like a precious fire. And hell, you can't blame him. They killed his dog!

While the general plot and the overall intention of John Wick is fairly rudimentary genre stuff, Kolstad's script is remarkably clever when it comes to the inner workings of the criminal underworld that John Wick operates in. There are lots of great touches, from how bodies are disposed of ("dinner reservations") to the currency the crooks all deal in. Assassins and thieves congregate at a safe-haven hotel called the Continental, where Johnny Law will never peek in and any official business is strictly frowned upon. Deadwood's Ian McShane is predictably marvelous as the hotel manager, one of many small roles that are smartly cast. Willem Dafoe (The Grand Budapest Hotel) and Adrianne Palicki (G.I. Joe: Retaliation) both stand out as John Wick's peers, though their hit style and motives are vastly different, and Michael Nyqvist (the Swedish Girl with a Dragon Tattoo) gives us a fun twist on the big boss. He is practical, often nonchalant, and yet utterly ruthless.

Which also describes John Wick as a whole. It's practical in its approach, yet nonchalant about its own agility as an action film, while also delivering time and again, scene by scene, so the audience is never bored and never forgets who is in charge.

Because that's who John Wick is. The one in charge. 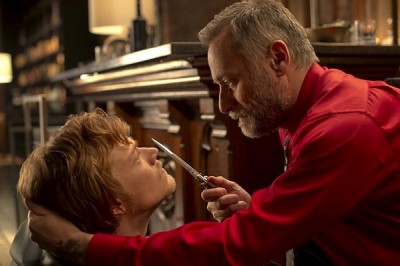