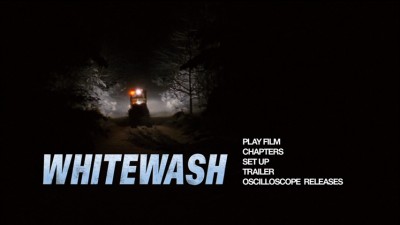 The Canadian crime film Whitewash is essentially a confined-area drama set in a wide open space. Thomas Haden Church (Sideways) stars as Bruce, an alcoholic snowplow driver who, at the start of the movie, runs over a man with his plow. It's first thing in the morning, the rest of the town is asleep, and so no one sees him take the body of Paul (Marc Labréche) and bury it in a snow bank. Rather than continue to cover his tracks, in his haste to get away, Bruce ends up getting his plow stuck in the snow deep in the woods. There he remains trapped, unable to take the plow back, afraid to otherwise answer for where he's been and why the missing man's car is parked outside of his house.

And so Emmanuel Hoss-Desmarais' tale begins to unravel, as a stranded Bruce must figure out how to survive while also wrestling with the guilt of what he has done. He remains in the plow to stay warm, but that requires fuel. He also has to get food. Each time he ventures out for supplies, he puts himself at risk. At the same time, Hoss-Desmarais is revealing Bruce's relationship with Paul, as well as both men's histories, through carefully timed flashbacks. Not all is as we assume from their early encounters, nor is the actual killing as straightforward as we might suspect.

Thomas Haden Church has mostly made a name for himself through smartly chosen supporting roles, and it's nice to see him step out on his own here. Whitewash's script is a character actor's dream: at least half is just Haden Church by himself mulling over his actions and doing something to stay alive. The performer does a good job drawing the camera in his direction. He shows a clear purpose even when not speaking. This is not a case of a guy just going through the motions, each task has meaning, even if it's just to generate frustration.

It makes for a fairly engaging drama, even if something still feels like it's missing. Hoss-Desmarais has a talent for extraneous detail--Bruce's late wife makes eyeballs for dolls, for instance--but too many of them are arbitrary, not really contributing to the whole. Bruce's eventual fate doesn't measure up to much; Whitewash is little more than "The Tell-tale Heart" without the inquisitive police officers. The moral quandaries are interesting and the staging manages to entertain, but it's all kind of forgettable at the same time. 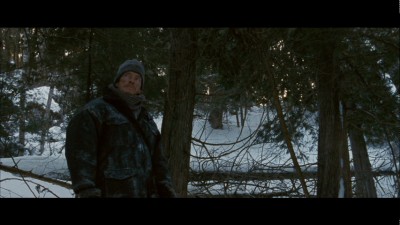 Video:
The widescreen 2.35:1 transfer has nice colors and decent resolution, with a filmic grain that adds to the cinematic quality of the feature. Shadows look good, and the print is free of blemish.

Sound:
There are two audio options, 5.1 and 2.0, with the multi-channel mix providing a bit more atmosphere, particularly for the scenes when the lead is alone with his guilt out in nature. Though not fully immersive, the sound design at least gives you the sense of being on your own in the wild yourself, even though you're just sitting in your chair at home.

Extras:
The original theatrical trailer, alongside other Oscilloscope trailers.

FINAL THOUGHTS:
Recommended, though only just above a rental. Whitewash is a one-time deal, its simple drama not really demanding multiple views. Still, for that single watch, there is enough to keep the casual viewer entertained. Thomas Haden Church is excellent and the straight-ahead narrative rarely dilly-dallies. It's just that the sum of these parts don't make for that earth-shattering of a whole. 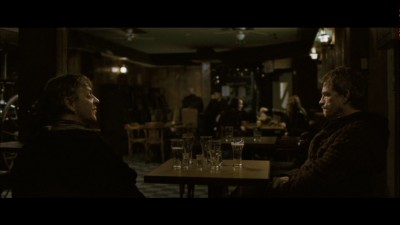