NOTE: The photos that accompany this review are taken from various internet sources and do not necessarily represent the quality of the Blu-ray under review. 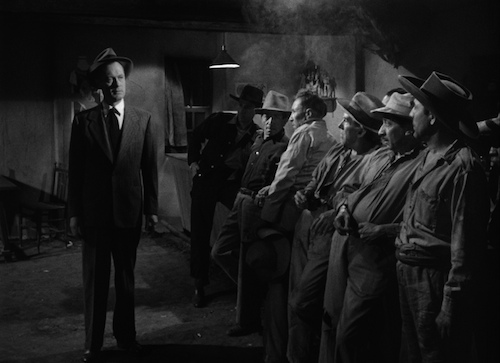 Lucky Gagin, a gruff American with a grudge, is first glimpsed in the opening moments of director Robert Montgomery's 1947 film Ride the Pink Horse getting off of a Greyhound bus in the Southwestern border town of San Pablo. Played by Montgomery himself, Gagin resembles any number of film noir anti-heroes, in that he is a macho stoic who keeps his thoughts and plans to himself.

In a technically brilliant three-minute-plus tracking shot by cinematographer Russell Metty (who would later pull off a far grander bordertown-set tracking shot over a decade later in the opening for Orson Welles's Touch of Evil), we carefully follow Lucky's actions as he arrives at the bus station. He sits on a bench, then opens his suitcase to reveal a pistol and a check. He quickly sticks the pistol in his jacket and puts the check in a bus locker. We continue to follow Lucky's movements as he walks over to a gum machine, buys a pack, sticks a piece in his mouth, chews and sticks the softened-up gum to the bus locker key, adhering the key to the back of a nearby framed map. We then follow Lucky as he steps out into the daylight and asks for a nearby hotel. The shot is so well-executed that it immediately creates curiosity and anxiety about what Lucky is doing in a succinct and economical way.

There is a lot about Ride the Pink Horse that is sneakily but effectively manipulative. The script by Ben Hecht and Charles Lederer (Kiss of Death), based on the novel by hardboiled dame Dorothy B. Hughes, sets up a lot of stock genre expectations and manages to subvert most of them. As we watch Lucky stake out his prey, figuring out his hotel room number by asking to have a blank letter left in his mailbox for him, we get the impression that our protagonist's pretty clever. When Lucky goes up to that room, punches out the room owner's assistant, and leaves a message with his girlfriend that "Shorty's friend" is looking for him, we get the feeling that's he also pretty mad and pretty ballsy. But the cracks in Lucky's facade immediately start to show when he is confronted with a G-man named Retz (Art Smith), who knows who he is because he is also after Lucky's mark: a big-fish racketeer named Frank Hugo (Fred Clark). Retz, of course, would prefer Hugo is left alive to serve time rather than have Lucky take him out in retaliation for his killed partner Shorty. To Lucky's credit, his plan (which I won't elaborate here) is less blatant than just intimidation and murder, but unfortunately it turns out to be barely better thought-out than that.

There's a giant fiesta about to occur in San Pablo, so Lucky is forced to scrounge a place to sleep while he waits for his plan to fall into place. He seeks out a Mexican bar, where he is told he might find a room with a local. As he walks in the door, the place goes dead silent. At the suggestion of a forthright bar patron named Pancho (the Oscar-nominated Thomas Gomez), Lucky buys a round of drinks for the bar to lighten the mood. This effectively turns the tide, but an uneasiness remains. Maybe it's the way that the bartender continues to look uncertainly at Lucky, or maybe it's just that nobody does anything nice for anybody in these movies without a darker ulterior motive. In another pleasant subversion of expectation, Pancho turns out to be just what he seems: a modest fellow who enjoys a good time and is exceptionally loyal to the people he likes. At the end of the night, Pancho offers Lucky his cot to sleep on, near the old-fashioned merry-go-round he operates for the local kids (hence the "pink horse" of the title).

In addition to Pancho, Lucky also finds himself watched over by a Native American teen named Pila (Wanda Hendrix, whose appearance in brownface is mitigated by a fairly fleshed-out performance). She claims to have seen a vision of Lucky dead and decides to protect him. He begrudgingly lets her tag along, calling her "Sitting Bull" and making fun of her unkempt hair. While it's never fully clear why Pila just accepts this abuse, her concern for Lucky helps keep us invested in him, even when he is at his most thick-skulled and mercenary. Though the movie has a sentimental streak, the relationship between Lucky and Pila never turns corny, even when Lucky clearly starts to soften in his attitude toward this unworldly puppy-ish girl.

Thematically, Ride the Pink Horse is tremendously interesting, as it consistently upends the plans of its protagonist: in the end, neither the gun nor the check from the opening sequence serve their intended purpose. But also, just on the basic level of an entertaining yarn, director Montgomery strikes a perfect balance for the film, of tense action and thoughtful character-based scenes, ably realized by his excellent cast -- including himself, naturally. I had never heard of Ride the Pink Horse before Criterion announced they were giving it a release, but it has instantly joined the ranks of my all-time favorite film noirs. If you have not seen this film, this release is a wonderful opportunity to catch up. 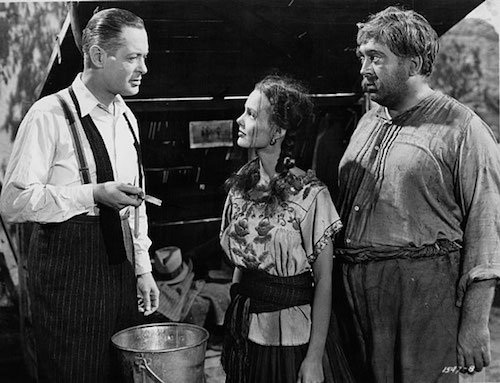 The Blu-ray
The Criterion Blu-ray comes packaged with a fold-out booklet featuring a lengthy essay by filmmaker Michael Almereyda.

The Video:
Criterion gives us a gorgeous, clean AVC-encoded 1080p 1.37:1 transfer. The fine detail is mostly crisp, and the contrast is nuanced with deep, rich black levels. There are no digital compression issues.

The Audio:
The LPCM mono audio has been beautifully restored. Despite the natural limitations of the recording due to its age, there are no significant issues with noise, pops, or hisses. The dialogue and score come through bright and clear. There is one subtitle option: English SDH.

- An incredibly informative and entertaining scholarly commentary that effortlessly weaves discussions of the themes of the film, production anecdotes, and comparisons to Hughes's original novel. If you enjoy the film, this is definitely worth a listen.

Final Thoughts:
My only previous exposure to director-star Robert Montgomery was his gimmicky Philip Marlowe film, Lady in the Lake, which was supposed to be seen entirely through detective Marlowe's eyes. I found it dramatically flat and gave up after fifteen minutes or so. Though Montgomery followed that film up with Ride the Pink Horse just a few short months later, the latter work marks a stylistic quantum leap forward for the director. Technically bold, while simultaneously lacking pretension, Ride the Pink Horse overturns genre conventions without neglecting to tell a compelling story. Criterion has also so thoroughly spiffed up the image and sound on the film as to make this particular presentation irresistible. Highly Recommended. 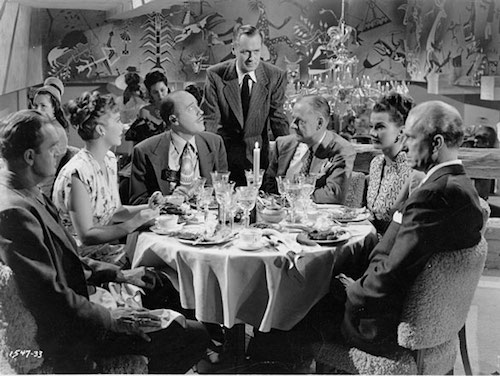