You're The Worst: The Complete First Season 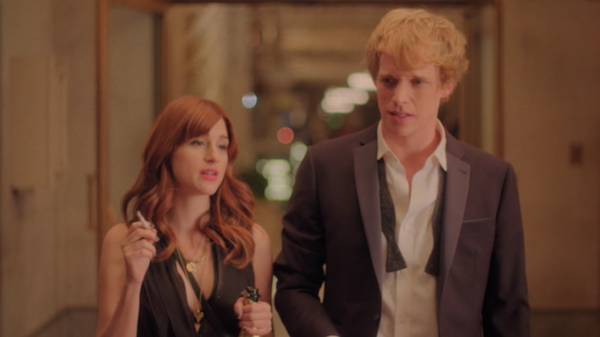 Jerks need love too. In a nutshell, that is what the FX network's snarky new romantic sitcom You're The Worst is telling us. Created by Weeds writer Stephen Falk, the show poses the question, can two misanthropic, unromantic, commitment-phobic people be together in a relationship and make it work?

Yeah, probably. After all, the personalities of our lead characters Jimmy (Chris Geere, Waterloo Road) and Gretchen (Aya Cash, The Wolf of Wall Street) may superficially resemble Jim Jefferies, the blunt and selfish lead of another FX sitcom, Legit (R.I.P.), but their casual cruelty and self-centeredness seems to be a carefully cultivated defense mechanism, protecting hidden gooey centers of sensitivity. Jimmy and Gretchen are good bad people, and this first season of You're The Worst pulls off the tricky feat of making us care about the growing relationship between these two arrested individuals while letting us revel in their barbed dialogue and bad behavior.

It all begins at a wedding. Jimmy's ex Becca (Janet Varney) is marrying the stable but dumb Vernon (Todd Robert Anderson). Jimmy, following bad ex-boyfriend protocol, gets into a shouting match with the bride at the reception and gets thrown out by Vernon and his bros. Standing outside, Jimmy runs into Gretchen, who is friends with the bride's sister, Lindsay (played by Kether Donohue and initially dubbed "Fat Lindsay," although only in Hollywood entertainment would the well-proportioned Donohue count as "fat"). They are both fairly drunk and quite easy on the eyes, so they share a smoke, some heated banter, and eventually Jimmy's bed. (Though the show stops short of full-on nudity, it consistently features the most explicitly mimed sex acts this side of HBO.) There are several go-rounds in the sack -- punctuated by horrifying personal anecdotes the pair feel comfortable sharing because they know this encounter is a one-shot deal -- and then Jimmy tries to kick Gretchen out. However, she is tired and stubbornly refuses to abide by his "no sleepovers" policy. When Jimmy's combat-vet, ex-drug dealer roommate Edgar (Desmin Borges) sees that Jimmy has let a girl spend the night, he knows that something is different with this one.

Jimmy can't see it that way. A published but poorly selling novelist, our man is somewhat in denial that his life is a mess, and he is completely unable to admit the value of extending his time with Gretchen past one drunken sex-filled night. Fortunately, Gretchen, who works as a PR rep for a bratty rapper and has dude-like habits, sees the value: if they hang out again, then there can be more sex-filled nights. Their relationship escalates in fits and starts, with Jimmy trying not to fall into what he sees as traps (giving Gretchen a key to his place, swearing off sex with other people) while Gretchen tries to play it cool and not seem too needy. The joke, of course, is that they are both needy but also both so damaged by past experiences that they frequently sabotage the good thing they have going by wanting to seem like they don't care. 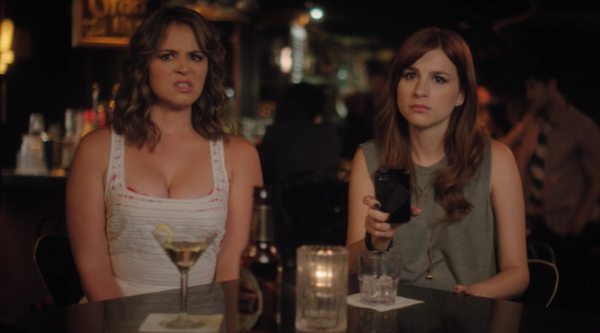 The arc of this first season is basically about the main characters realizing that the aspects of their personalities that make them toxic to others, make them perfect for each other. The writers nicely counterpoint this trajectory with the married lives of the couples around them. Jimmy and Gretchen may do awful things, but the show suggests that they have an authenticity that makes their bond stronger than these poor doomed marrieds. Becca and her new husband Vernon are on such wobbly ground that Jimmy nearly succeeds in committing adultery with Becca -- something he attempts as payback against Gretchen after she slept with an old lover... which was originally payback against Jimmy for sleeping with an actress he was interviewing. (Hey, I said they were authentic, not healthy!) Lindsay is similarly dissatisfied with her rich but boringly nerdy husband Paul (Allan McLeod). Both Becca and Lindsay seem to have sold out in the name of increased status, but it doesn't seem to be doing the trick.

While You're The Worst touches on plenty of interesting social and romantic topics, it nonetheless works better when it doesn't take itself too seriously. Late in the season, Falk and his writers try to delve more deeply into the characters' backstories to give their choices more dramatic heft. It's a little too much. The entire cast is already so effortlessly great in their roles that they effectively communicate these aspects all the time. Already they are frequently called upon to play out broad, typically sitcom-y situations while never losing sight of the more grounded reality from which their characters are supposed to have sprung. Desmin Borges is particularly great in this respect, since he essentially plays a stock goofball sidekick -- but one who is legitimately having mental illness issues. When he talks about his character's PTSD, he can seem ridiculous but there is no doubt that that character is truly suffering.

Much like the beloved-but-cancelled series Happy Endings -- which You're The Worst resembles rhythmically (all that snappy banter) if not tonally -- the chemistry of the ensemble is key to the show's success. Geere and Cash were not on my radar before (looking at their resumes, I must have seen them in things but then forgot), but they are so phenomenally funny and appealing as romantic leads that they will definitely be in big things from here on out. Donohue and Borges are perfect as dutiful sidekicks with fleshed-out personalities, making them more than two-dimensional quip machines.

A second season of You're The Worst is in the works, so time will tell if the show manages to maintain its tricky balance of snappy, bleak humor and slightly sentimental romance without veering too dramatically into one direction or the other. I certainly hope they do because these ten episodes alone prove that the show has the makings of a cult classic. 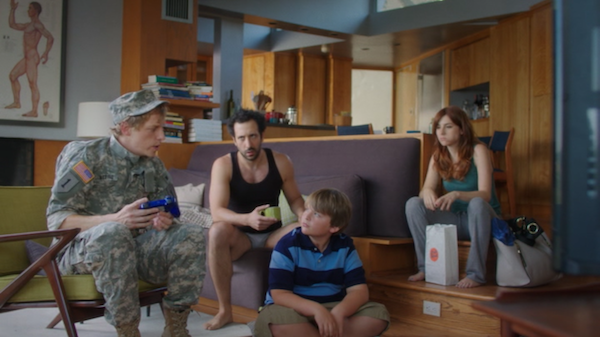 The DVD
Like most of their new TV releases, Fox has put out You're The Worst on DVD-Rs (2 discs, with five episodes per disc). Normally I don't have a knee-jerk reaction against DVD-Rs, but in this case, I was disappointed to find that one of the discs had two different unplayable sections of about a minute each that I had to skip over. (No dirt or damage was apparent on the disc itself; I tried to play these sections on a few different players.) I'm not going to assume that all copies have this same issue, but it's worth mentioning. Caveat Emptor.

The Video:
Now comes the part where I bemoan the fact that this show should be presented in glorious HD on a wonderful Blu-ray: it should. Great, now that that's done I can discuss the DVD's widescreen 1.78: 1 image. Colorwise, it looks great like a new TV show should. Detail is strong for an SD presentation, but many shots are peppered with subtle noise (fortunately, no giant blocks).

The Audio:
The Dolby 5.1 audio is A-OK for a talky sitcom. Inevitably, the surrounds are mostly given play during transitional music cues. No subtitles or captions.

Final Thoughts:
You're The Worst is just pure fun to watch. The cast is smart and appealing. The humor is edgy and often tasteless, but this is a show that embraces sitcom formula as much as it subverts it. Clearly, the creators just want to make a satisfying show. And so far, they have. Highly Recommended. 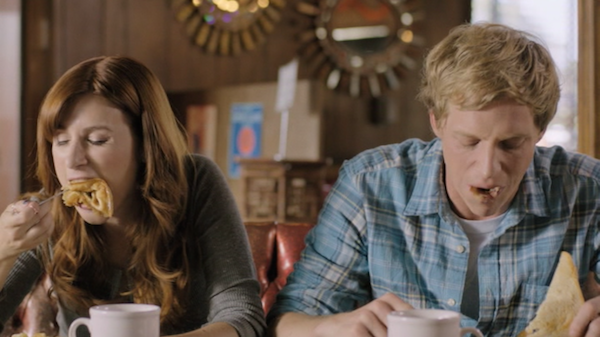