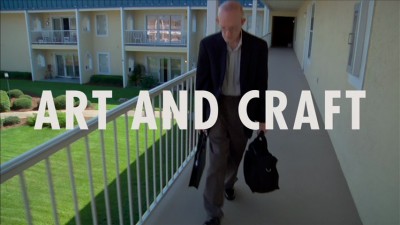 
The Movie
If Art and Craft took place in the Marvel Universe, Mark Landis would undoubtedly be one incredible villain. His back story, which includes mental illness, religion, family strife and obsession, would make for one fascinating bad guy. However, in reality, which is where directors Sam Cullman and Jennifer Grausman worked in putting together this documentary, Landis is much less of a menace, even if some might consider him something of a criminal. Landis is an incredibly talented forger, who creates beautiful facsimiles of classic works of art, falsifying not only the images but the materials and techniques. But rather than selling the paintings, he would donate them to museums, where they would unknowingly be displayed as originals. It's a great story full of gray areas and Landis is a terrifically interesting character.

Powered by a subplot featuring Matt Leininger, an art expert who's obsessed with stopping Landis' 30-year forgery spree, the film unfolds Landis' life by following him through his daily activities. This includes his artistic endeavors, his fraudulent behaviors (like pretending to be a priest) and meeting with his case workers, whom he is required to talk with to continue receiving the medications that keep his mental illness in check. However it's in his own timidly-spoken words, while he is interviewed by the filmmakers, that we get the most insight into his world, especially his relationship with his mother. If he got up after telling his story and checked on the woman he kept in a hole in his basement, it would not be shocking in any way. 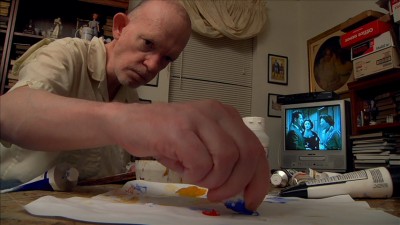 Instead, we get to watch and learn as Leininger tracks Landis' exploits and the art world reacts to him. The amazing thing about the whole story is that technically Landis isn't doing anything illegal. In fact, if his name was Banksy (and hey, maybe it is) people would probably be lauding this soft-spoken, oddly-charming southerner as a genius for making a statement about the value of originality. That the movie explores that idea, via an exhibition of Landis' copies, and doesn't instantly cast Leininger as the hero, is what makes it such a well-made documentary. There's no agenda here other than revealing a great story.

In Landis, Cullman and Grausman found a ready-made star for their film, a man who is a bit like a more genteel John Waters, with an amazing origin and an equally enjoyable present, but the way the story is told makes the documentary sing, with a visual style and impressive soundtrack that makes what could have been a far smaller film into an exciting caper, while never losing sight of the need to capture the small details. Though there's some great editing at work that ups the energy, including a wonderful segment that reveals the extent of Landis' fakery, the camera doesn't avoid lingering if it catches a moment. There's a lot to like about Art and Craft beyond its intriguing subject. 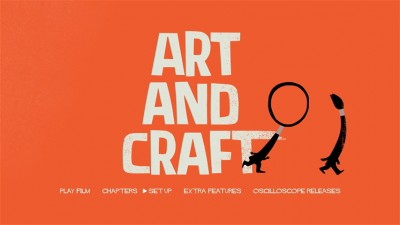 The DVD
Packaged in an attractively-designed, slipcased, four-panel cardboard folder with a slot for the disc, Art and Craft arrives on a single DVD, which offers an animated, anamorphic widescreen menu with options to play the film, select scenes, adjust the set-up and check out the extras. Audio options include English Dolby Digital 5.1 and 2.-0 tracks, while English SDH subtitles are available.

The Quality
The anamorphic widescreen transfer here is quite nice for a standard-definition release, with a rather high level of fine detail, excellent color and strong black levels. There are some source materials used in the film, including clips from older films, but they look rather impressive as well, avoiding that hodge-podge visual quality that can affect some documentaries. Overall, the look is great, with no notable complaints about compression artifacts.

The Dolby Digital 5.1 audio track offers the usual sound heard in documentaries, which tend to not feature overwhelming audio mixes. The surrounds here pick up some work handling the music (including the terrifically engaging score) and some atmospherics, usually heard in the limited crowd scenes, while the low-end presence is limited. Otherwise, it's mainly a center-channel affair, capturing the subjects' voices clearly with appropriate volume.

The Extras
The main extra is an audio commentary with Cullman, Grausman and co-director Mark Becker (recorded in October 2014.) The track does a nice job of filling in the background of the film, explaining how the documentary developed, including discussion of the filming process, the challenges they faced and how the visual design came together. The story behind the story is almost as interesting as the film itself.

Six deleted scenes are included, running 15:28, featuring an alternate ending (which was best left out), a review of letters Landis received from museums and a last-minute stop before the finale, which seems to have been left out in a nod to the narrative. A few more moments are extensions of material in the final film.

"Faux Reel: On Art and Film" (8:16) is a bit of a follow-up with Leininger and Aaron Cowan, a curator featured in the movie, as they talk about what Landis did and an exhibition of work by Landis. It's not much different that what they talk about in the film, though they do talk a bit about the behind-the-scenes stuff.

Also included is a 12:19 Q&A with Landis following the film's September 2014 premiere in New York. Recorded by a reporter attending (so the sound is slightly rough, but easily heard) it features a few light comments by Landis (and lots of laughs from the audience) as he answers questions about his original paintings, the ethics of his offers to the museums and some small personal notes. Nothing is super eye-opening, but Landis' responses are worth listening to (even if they don't deserve the raucous laughter they receive.) 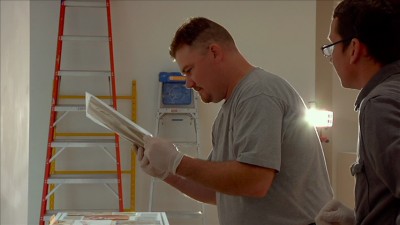 The Bottom Line
A great documentary often is the result of having a wonderful subject, and Mark Landis is certainly that, but Art and Craft is well-made, entertaining and even-keeled either way. The presentation here, with solid quality and a nice group of extras, make it one worth adding to the collection of any documentary fan.