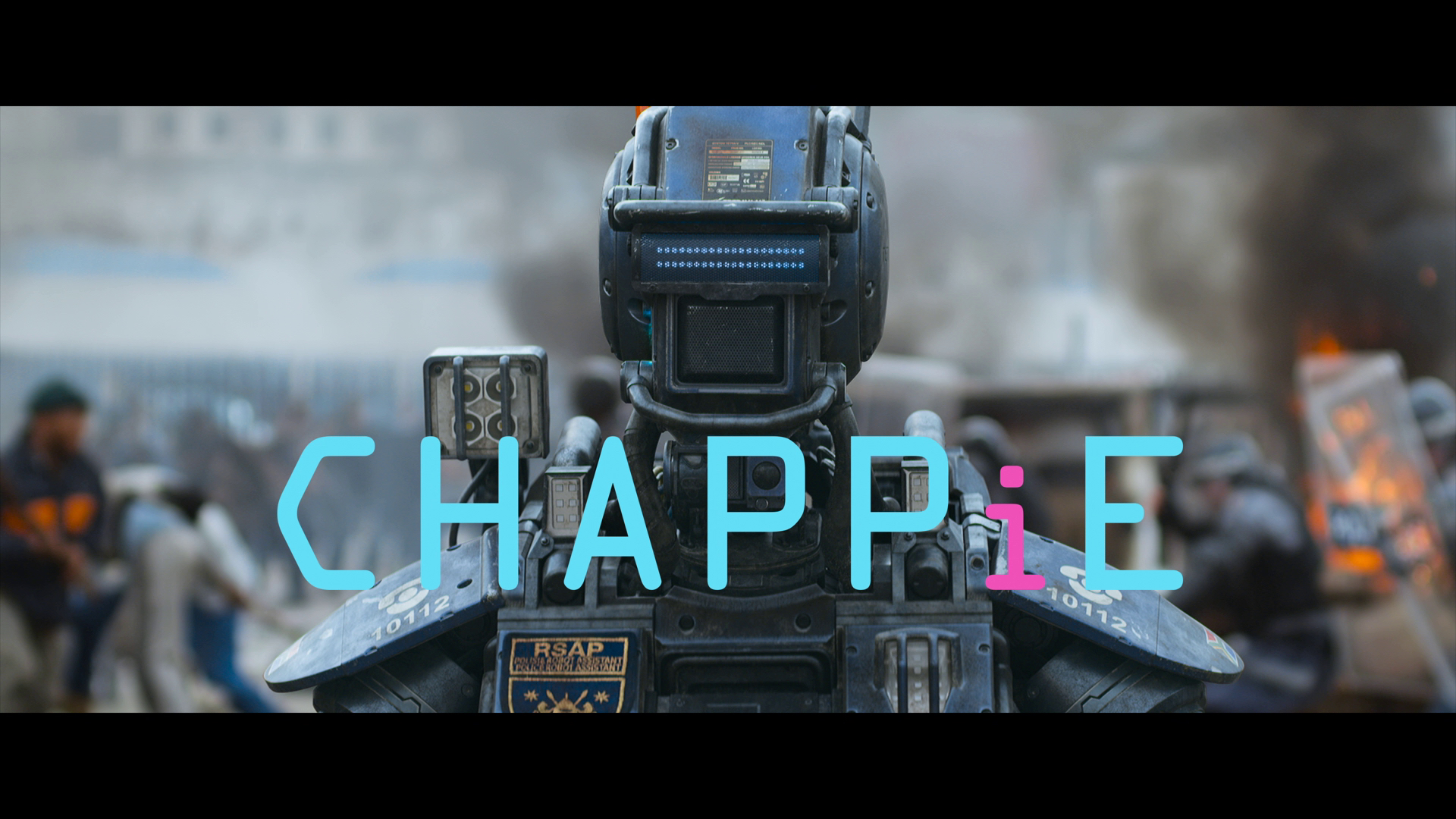 South Africa-born director Neill Blomkamp completes a thematically similar trilogy of sorts with Chappie, a glossy, effects-heavy return to Johannesburg. Blomkamp again proves a wizard of effects and the physical act of filmmaking, but Chappie is his narratively weakest film to date. Sharlto Copley, who starred in Blomkamp's revered debut, District 9, dons a motion capture suit to play Chappie, a police-issue robot with prototype artificial intelligence software. A trio of clueless gangsters captures Chappie for use in a heist, while the robot's creator, played by Dev Patel, fights to rescue him. Chappie is noisy and bombastic, with grating characters and a wandering plot. It is also beautifully filmed, humorous, and occasionally moving. Blomkamp is capable of more. Perhaps an escape from the social conflicts of South Africa is in order.

In District 9 and Elysium, Blomkamp explored racial and socioeconomic divisions in not-too-futuristic society. He again poses questions about our reliance on technology, and reveals its role in a fragmented populace. In violent, crime-ridden "Jozi," the local police force uses soldier robots to fight the gangsters looting and killing in the city. As in Robocop, these machines are designed with strict operating parameters. Programmer Deon (Patel) works for weapons manufacturer Tetravaal (the name is a nod to Blomkamp's short film that inspired Chappie) and installs prototype software on a damaged police bot, allowing it to mimic human emotion and intellectual growth. Shortly after Deon powers on the robot, it is stolen by three idiot gangbangers, Ninja (Watkin Tudor Jones aka "Ninja" of South African rap group Die Antwoord), Yolandi (Yolandi Visser, also of Die Antwoord), and Amerika (Jose Pablo Cantillo), who want it for protection in a daring heist. 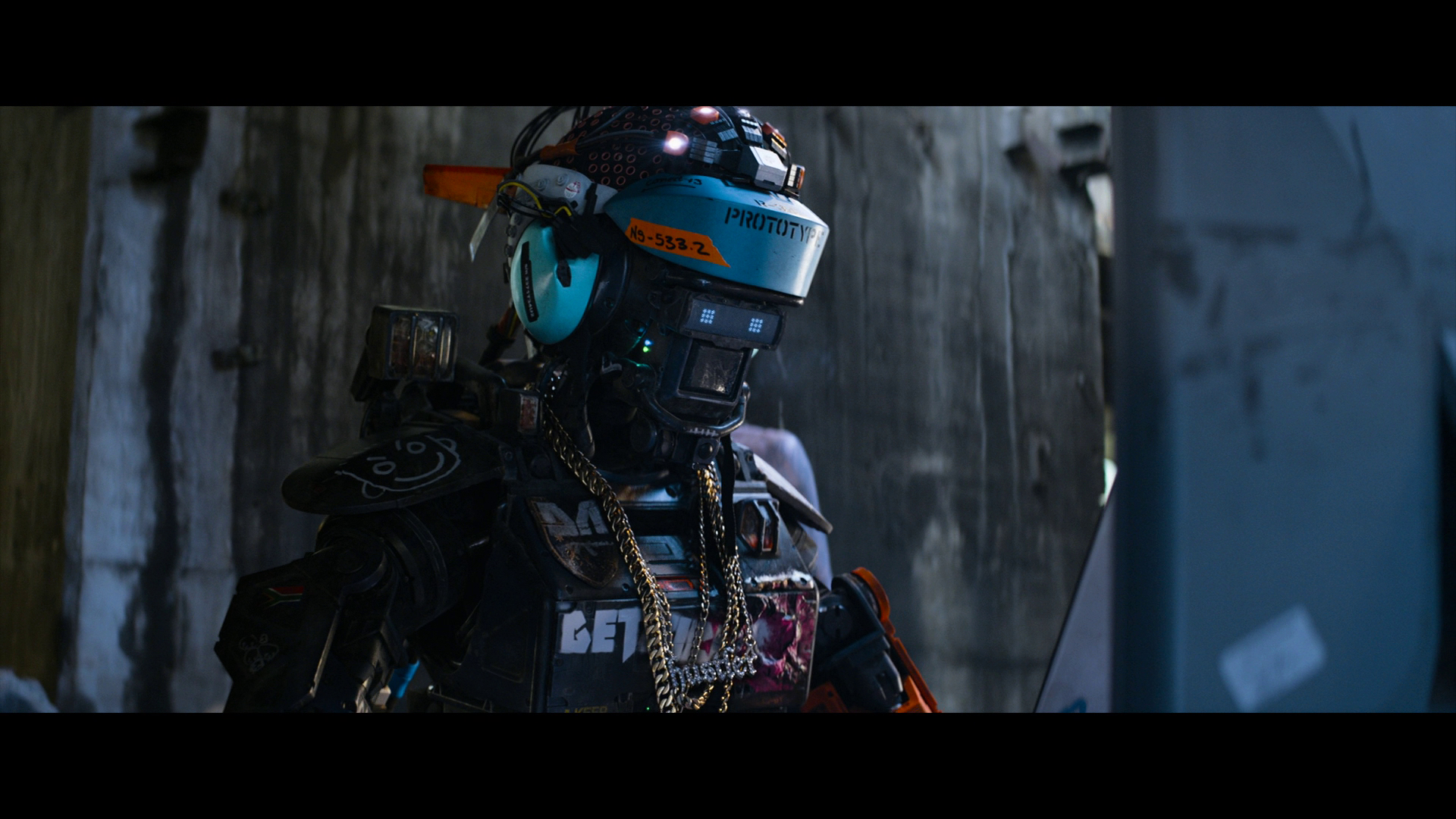 At first glance, Chappie has a really promising premise, and I hoped Blomkamp was poised to explore the moral and practical questions of artificial intelligence. Unfortunately, Chappie ends up being a bit boorish, and Blomkamp fails to tackle these bigger issues. Instead, he packs Chappie with grating characters and noise. Apparently inspired by Die Antwoord's music during the project's genesis, Blomkamp hired two of the group's members as actors, to mixed results. Ninja, Yolandi and Amerika are all extremely abrasive, flamboyant characters. When they showed up early on, I expected them to be the opening bad guys. They ended up staying for the next 90 minutes. Jones apparently pissed off Blomkamp during the shoot, and the director has been quoted as saying he never wants to be in the same room as the rapper again.

Copley's motion capture work as Chappie is interesting; the movements are at first appropriately clunky, then more natural as Chappie learns, but the robot's outward appearance does not mimic Copley's. Still, Chappie is a nicely realized character, and the effects blending is impressive. The robot's capture lends it two fathers: the kind, intelligent Deon and the crass, violent Ninja. Deon teaches Chappie to paint; Ninja schools Chappie to shoot "fuck mothers." Yolandi does her best to mother Chappie, and is the closest to a sympathetic character in the antagonist trio. 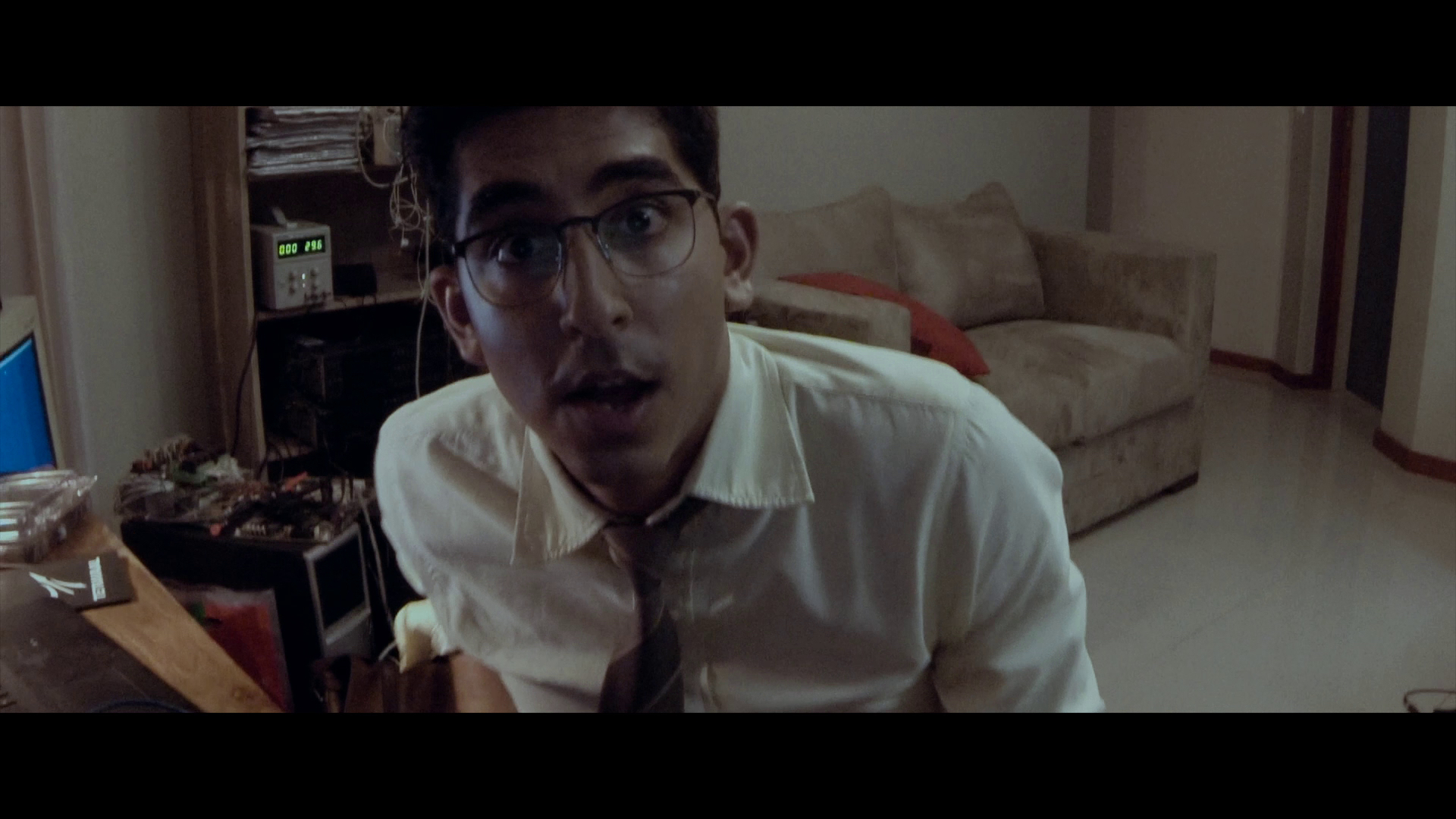 The film could have further explored its core conflict, and I think the Deon/gangster/Chappie storyline could have been improved to solely anchor the narrative. Blomkamp instead overstuffs the picture with minor characters and plot threats. Sigourney Weaver is the Tetravaal boss who adds nothing to the film, and Hugh Jackman plays Vincent, an ex-soldier waging a personal war on artificial intelligence. His character is shockingly underwritten, and I suspect the filmmakers did not know what to do with his storyline in the editing room. He is supposed to be a major adversary for Deon, but instead appears comically inept.

Although the story, from Blomkamp and District 9 co-writer Terri Tatchell, disappoints, the visuals do not. Chappie is beautiful eye candy, with gorgeous cinematography from Trent Opaloch. Blomkamp understands framing and composition, and gives Chappie a lively, driving pulse throughout. The overstuffed, news clip heavy opening reveals Blomkamp has a lot to say, but he never does. Chappie's pratfalls feel more E.T. or Short Circuit, and they do not exactly mesh with the later violence. Chappie hints at bigger ideas about sentient, loving technology and its repercussions, but that discussion is tabled for another movie. I hope Blomkamp moves away from punk science fiction and works on the storytelling for his next project. He is a talented director stuck in neutral. 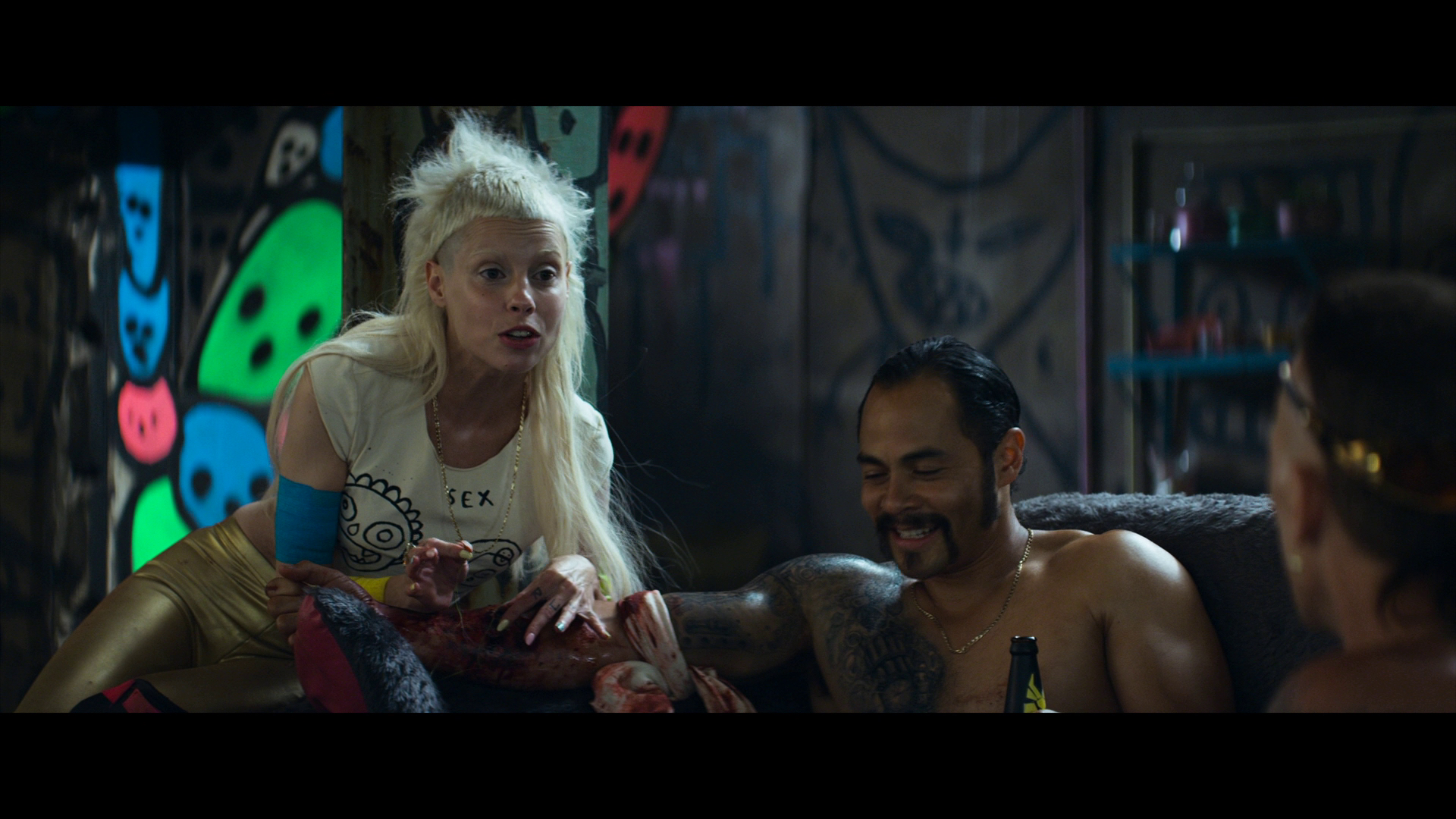 The 2.40:1/1080p/AVC-encoded transfer, "Mastered in 4K," is reference quality. The image explodes with fine-object detail, which makes the digital effects all the more impressive. Every gear, smudge of oil and colorful component of Chappie is presented in striking clarity. The gritty, graffiti-stained streets explode with texture and color. Black levels are inky, shadow detail impressive and colors perfectly saturated. Sharpness is impeccable, both in close-ups and wide shots. There are no problems with aliasing or compression artifacts. The Red Epic production has an unmistakable HD "pop," and should blow away visitors to your home theater.

The 7.1 DTS-HD Master Audio mix is similarly impressive. With a mix as hectic and busy as the film, the surrounds get quite the workout. Ambient and action effects, the rollicking soundtrack, and directional dialogue pan across the sound field. Bullets whiz, explosions roll and Chappie tumbles through each speaker. Dialogue is crystal clear, and the LFE response to certain scenes is ridiculous. A French 5.1 DTS-HD Master Audio mix and Spanish and Thai 5.1 Dolby Digital mixes are included. Subtitle options include English SDH, Cantonese, French, Indonesian, Mandarin, Spanish and Thai.

This single-disc release is packed in an Elite case, which is wrapped in a slipcover that replicates the rather hideous key artwork. Not sure who Photoshopped this hack-job cover, but it is not impressive. Extras include an Alternate Ending (5:15/HD) and Deleted Scene (1:30/HD). From Tetra Vaal to Chappie (7:30/HD) explores the world of the film and its ties to Blomkamp's other work. Jozi: Real City and Sci-Fi Setting (15:03/HD) is a great, fly-on-the-wall look at filming in Johannesburg. Blomkamp reveals that he grew up near the shooting locations, some of which are in dangerous parts of town. Chappie: The Streetwise Professor (9:31/HD) explores the title character, and We Are Tetravaal (5:53/HD) is a brief piece on the cast. The gangsters are the star of Keep it Gangster (7:07/HD), and we hear from each actor, and Rogue Robot: Deconstructing the Stunts and Special Effects (14:21/HD) covers exactly what you would expect. Next up are Arms Race: The Weapons and Robots (6:25/HD) and Bringing Chappie to Life: The Visual Effects (8:01/HD). Finally, you get The Reality of Robots (5:34/HD), about real life A.I.; and The Art of Chappie Still Gallery. 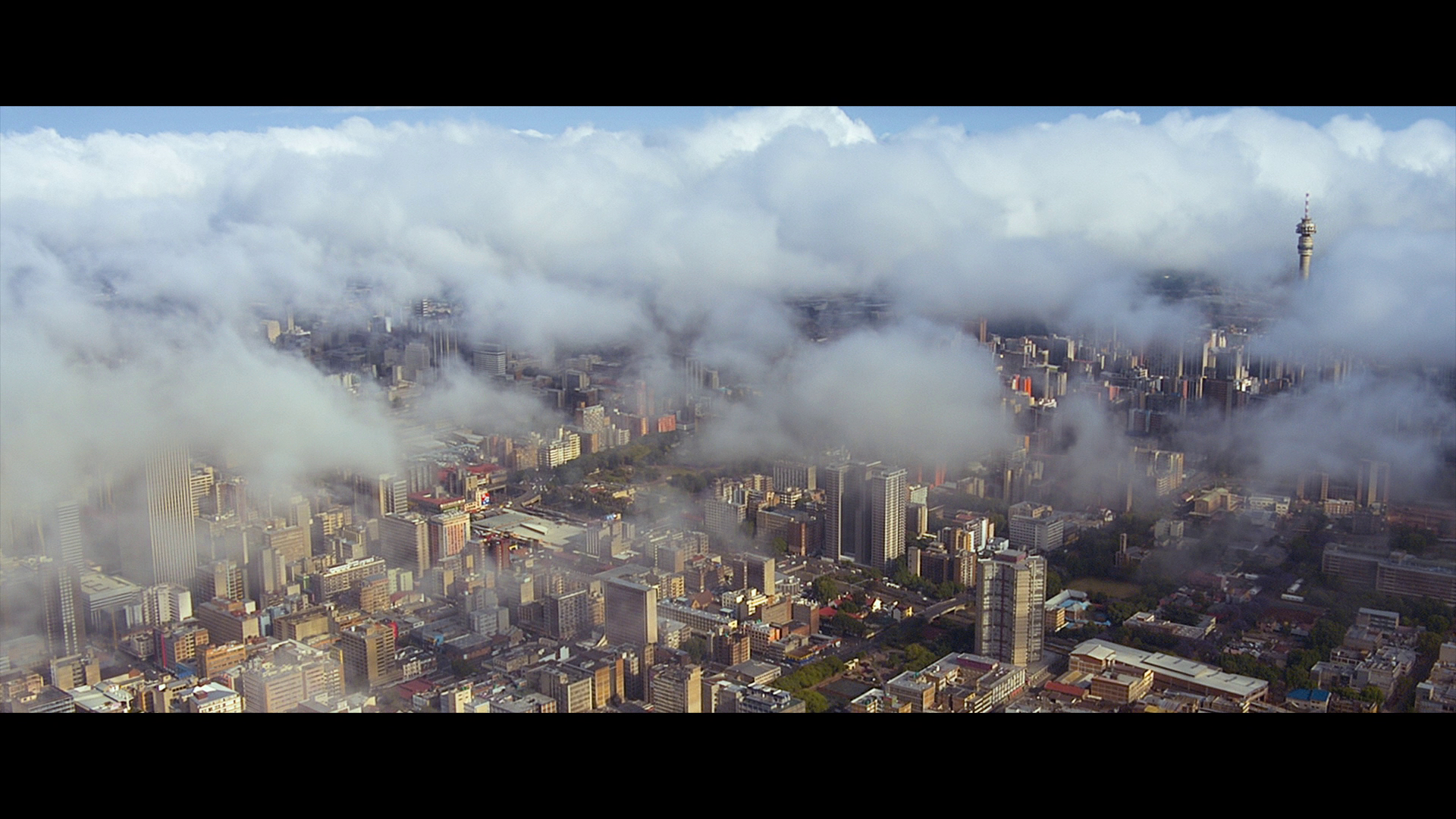 Director Neill Blomkamp has a keen eye for visual filmmaking, but his storytelling prowess needs work. Chappie follows District 9 and Elysium in a punk science fiction trilogy of sorts, but is Blomkamp's weakest film. A confused, fragmented story distracts from the beautifully realized robot Chappie, and Blomkamp teases discussion of A.I. and class warfare that he never allows. Rent It. 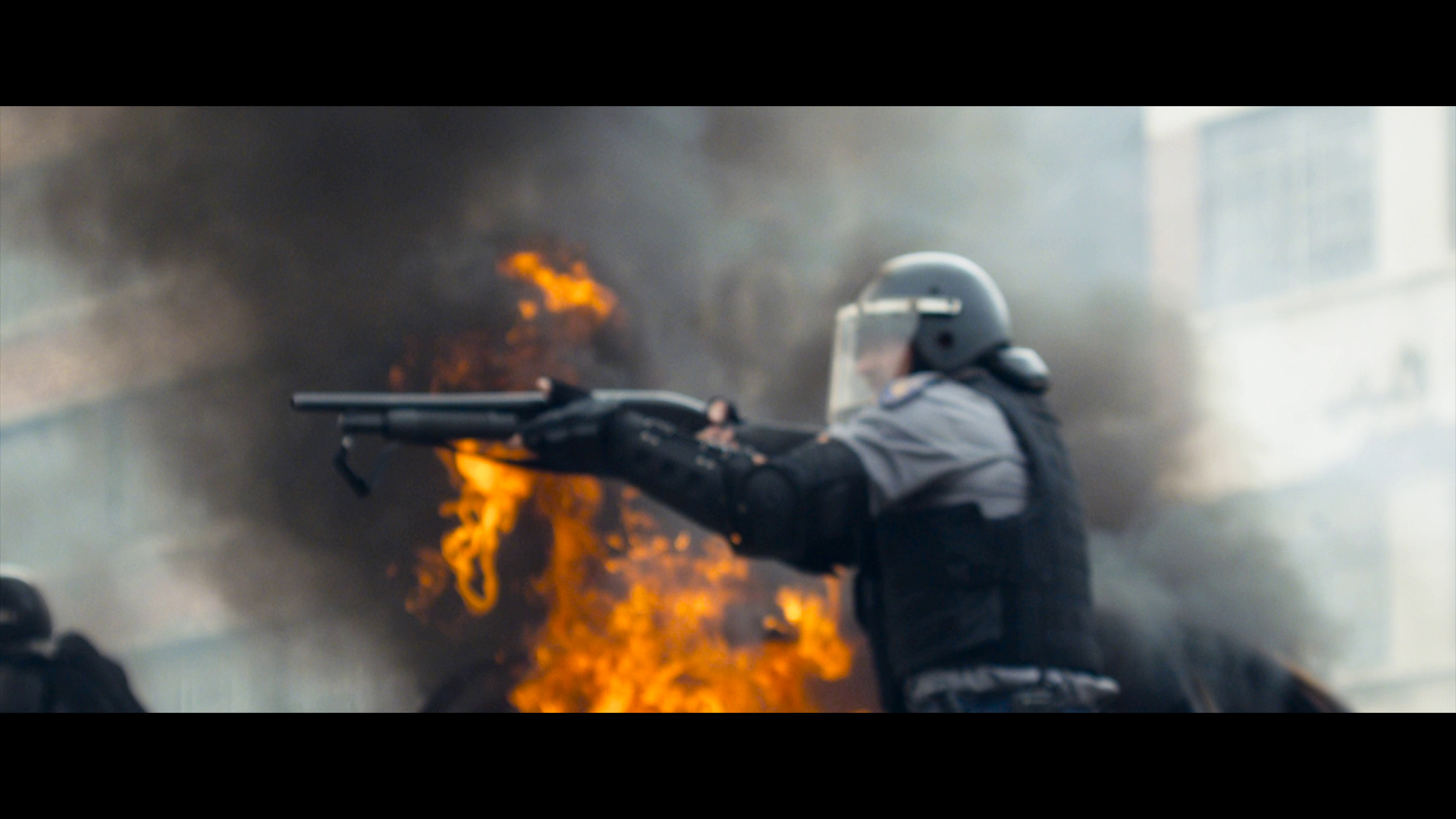 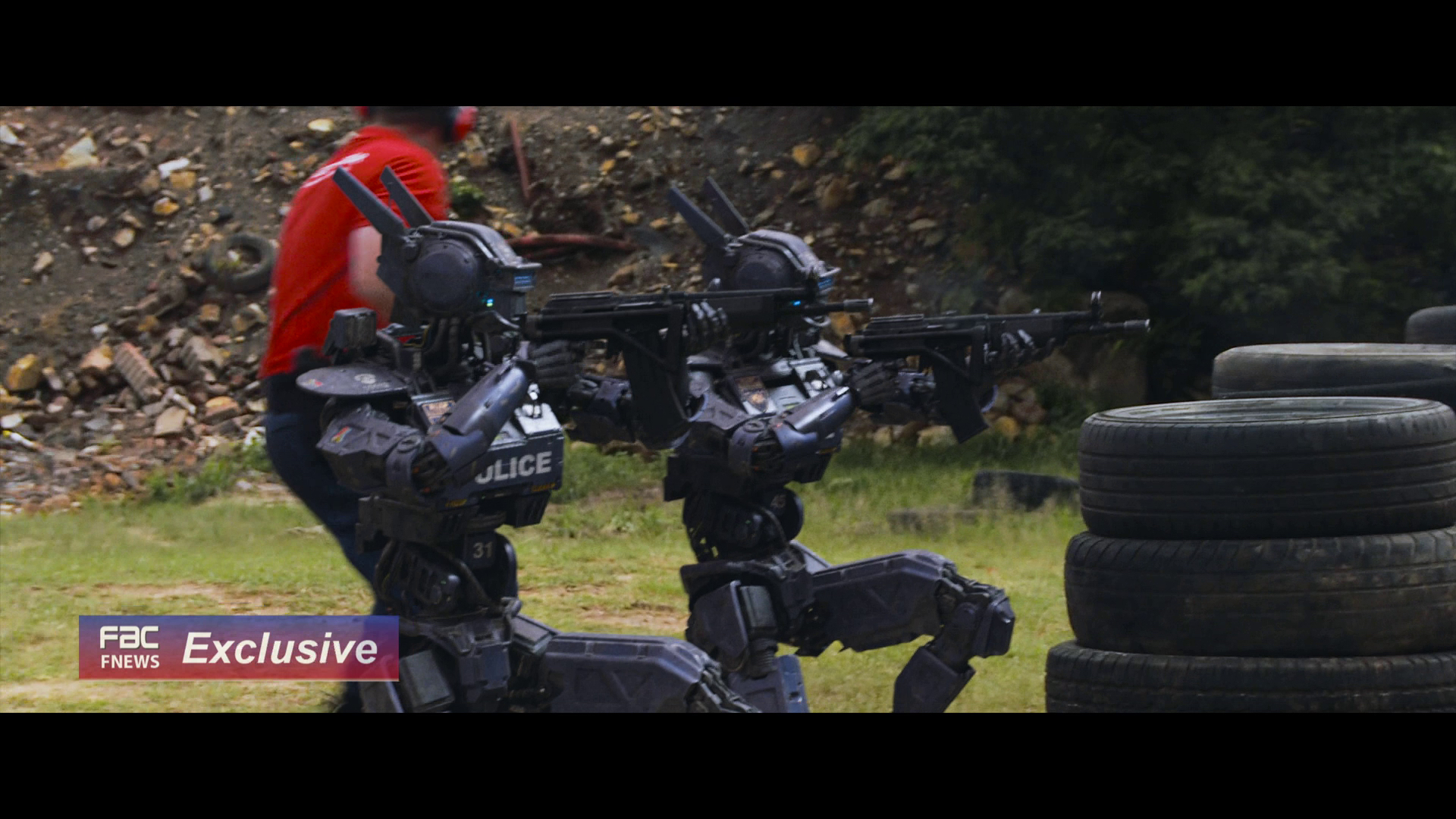 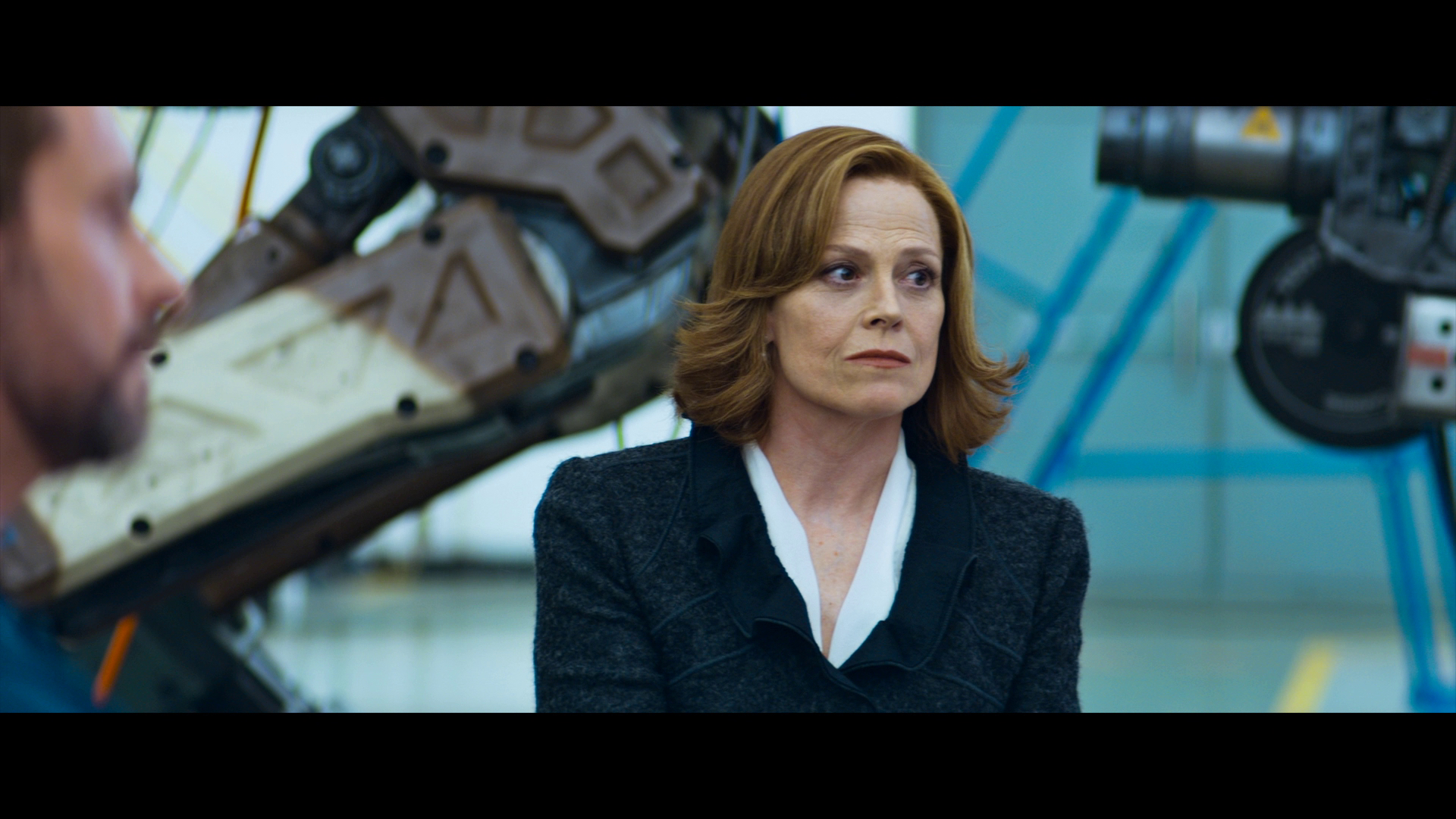 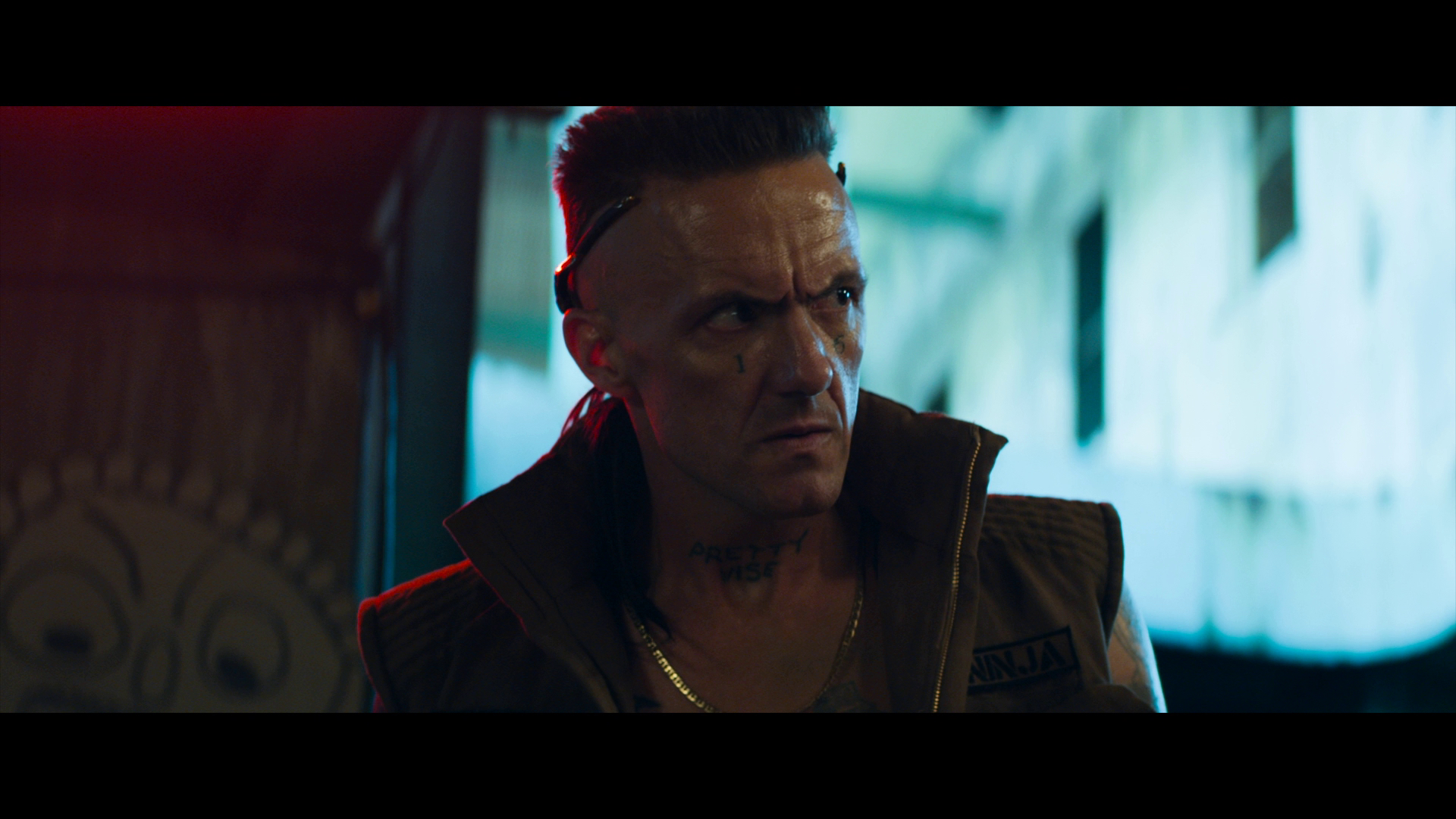 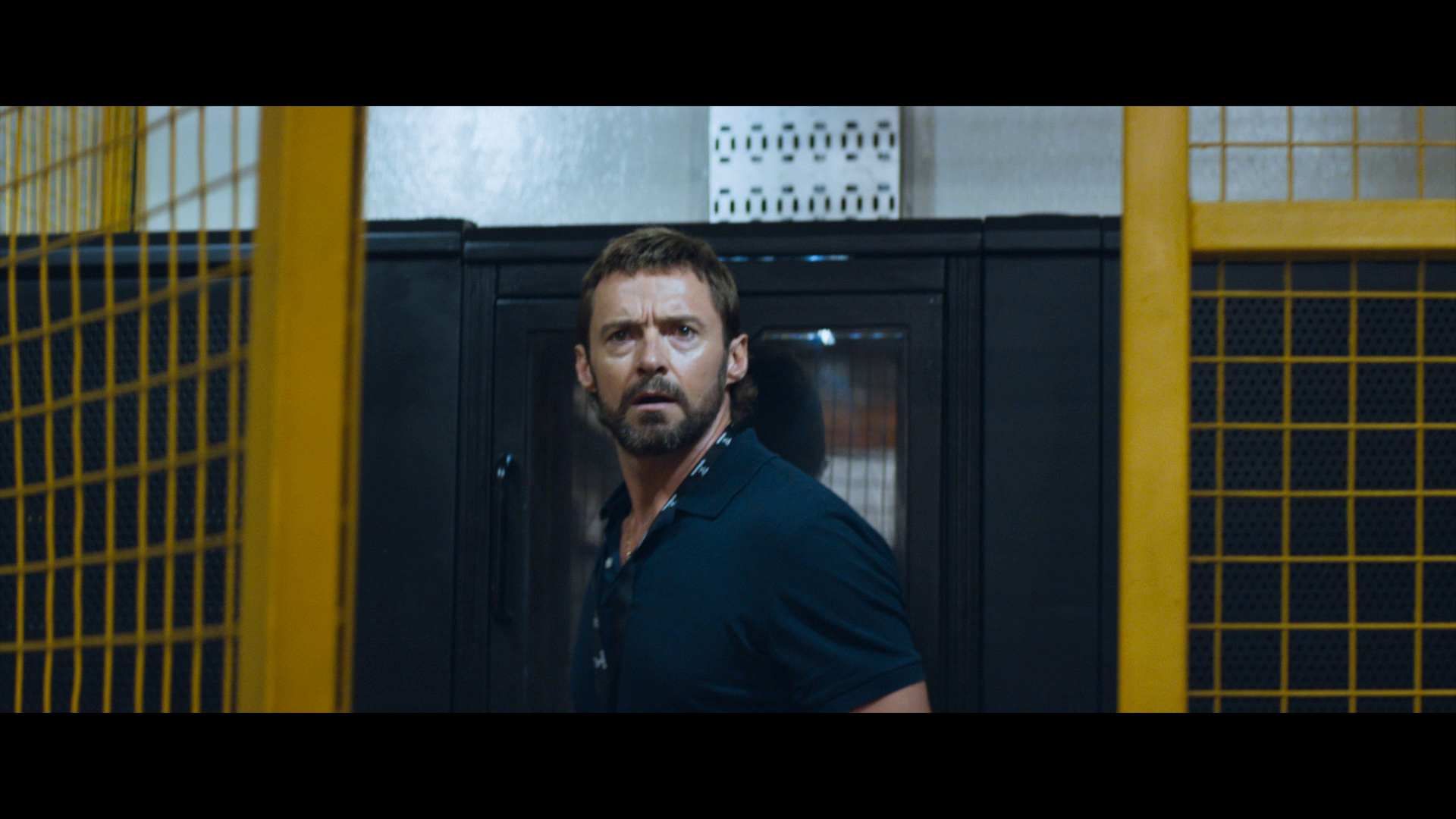 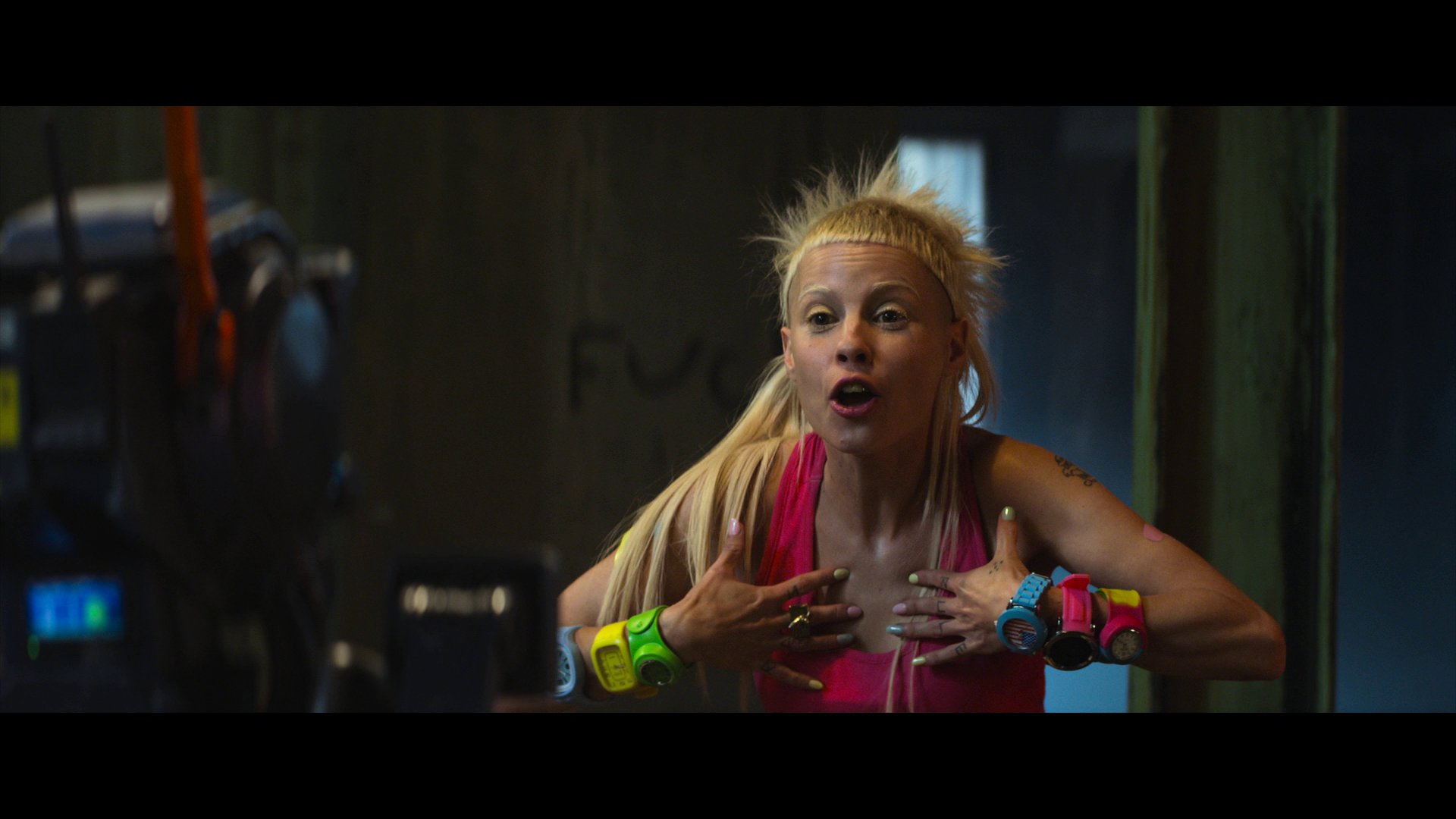 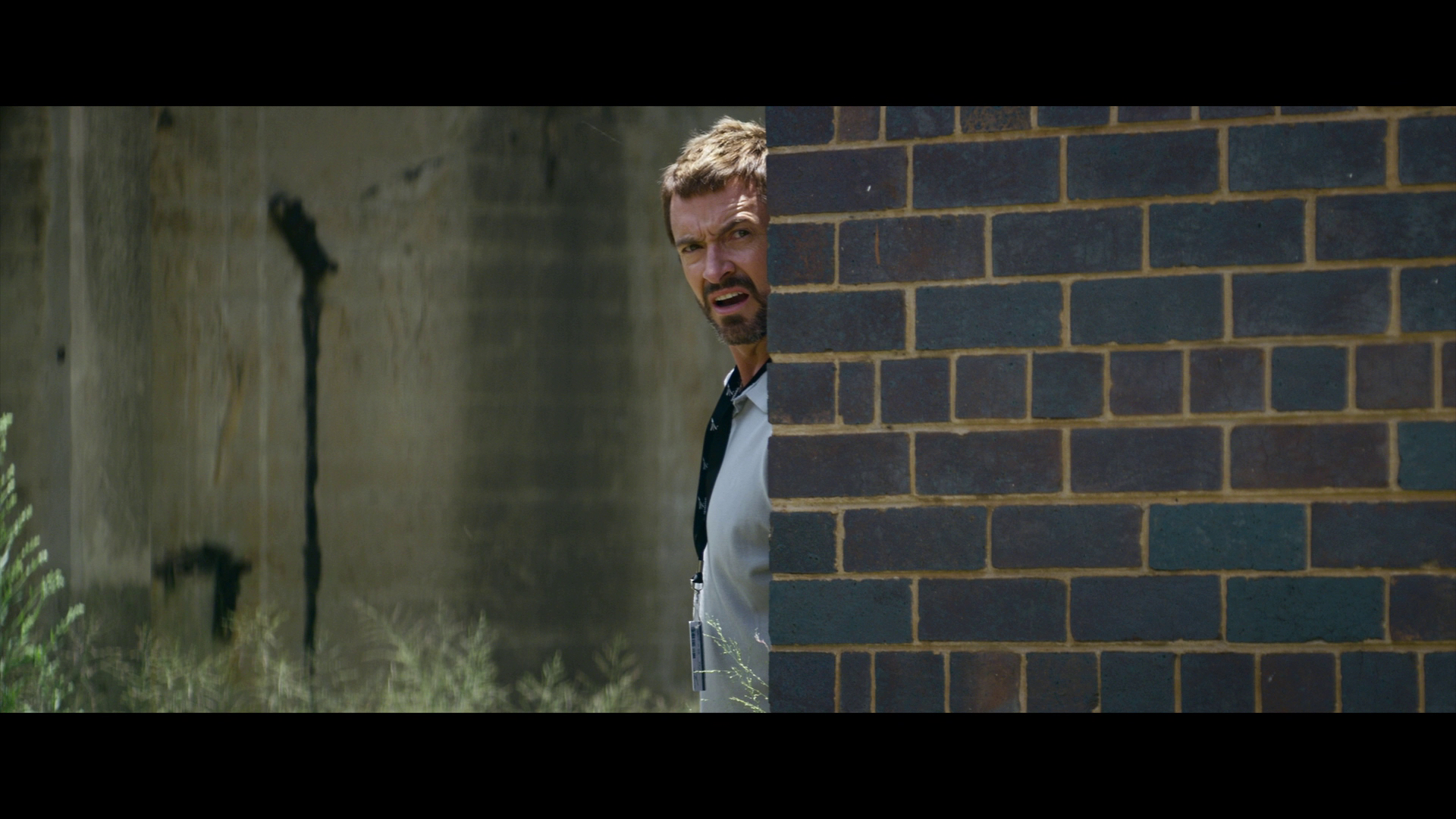 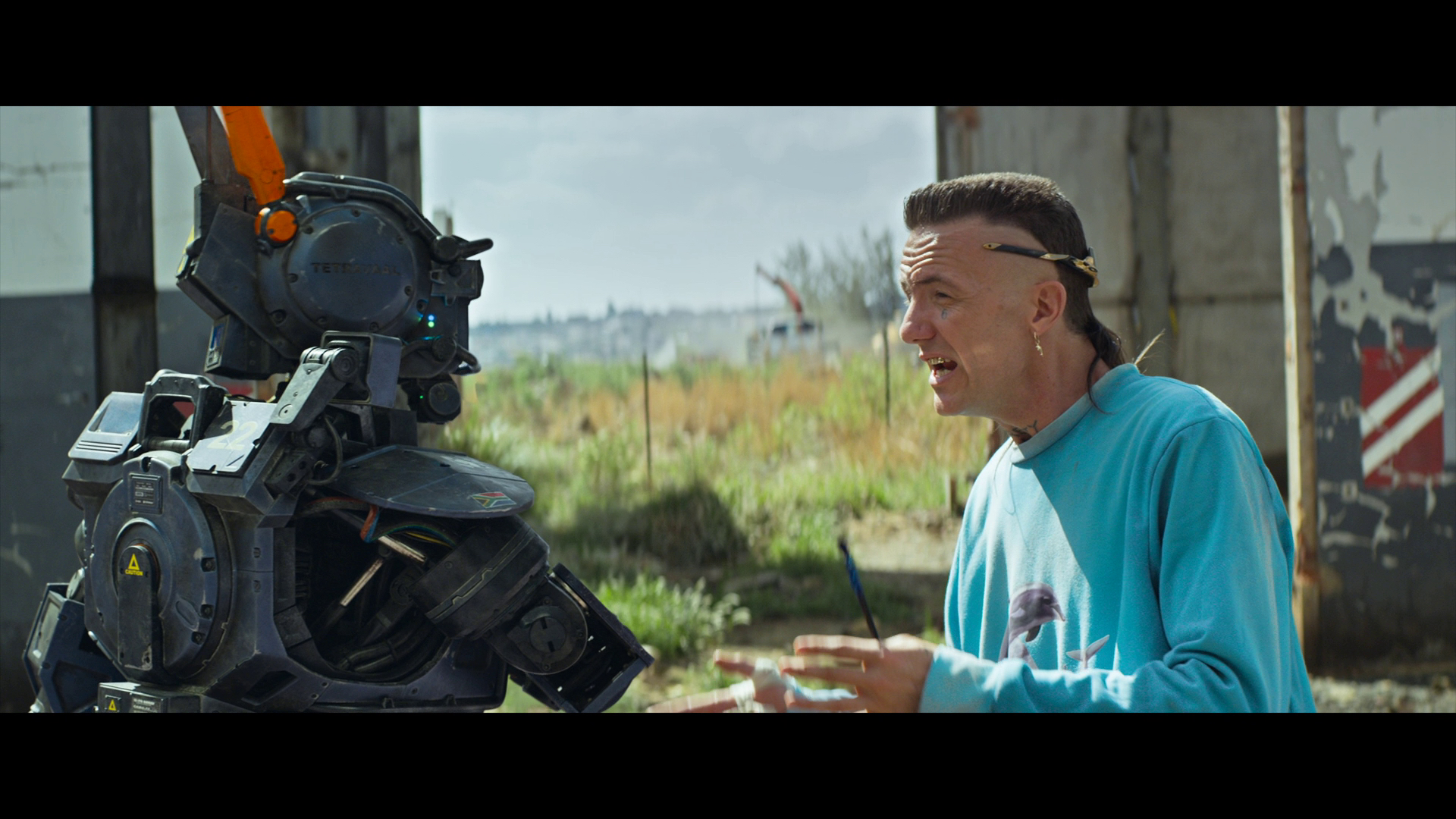 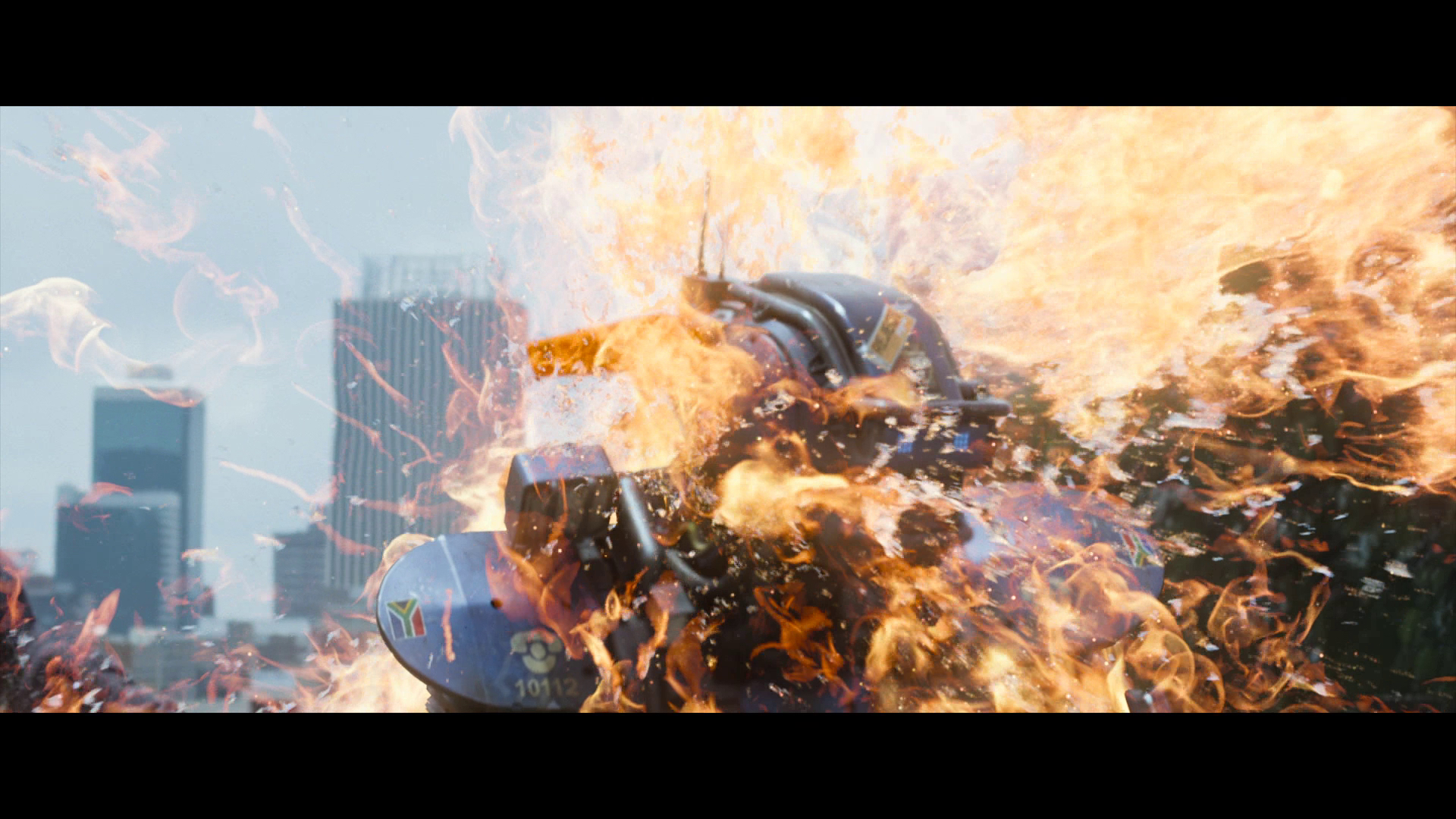 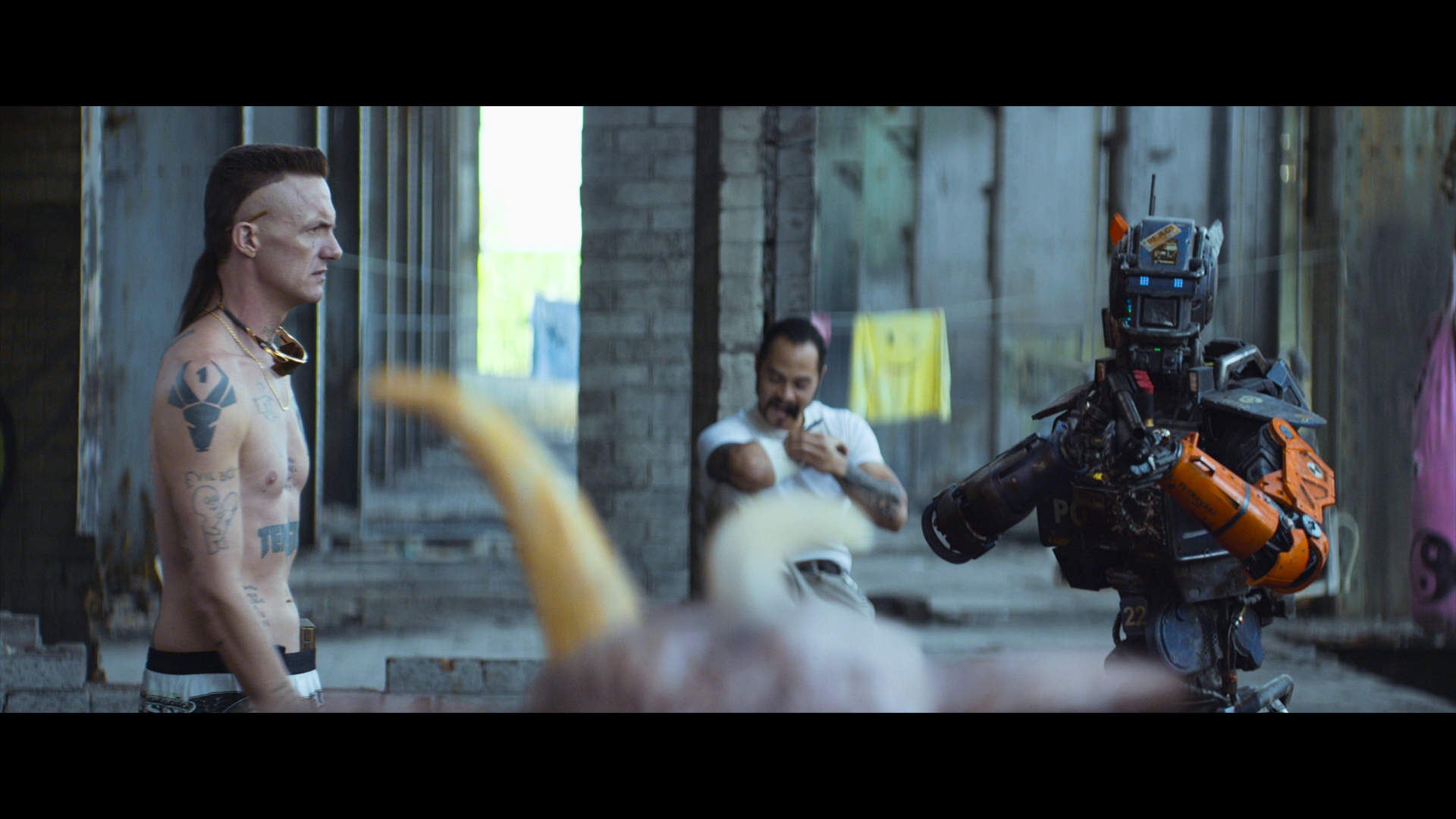 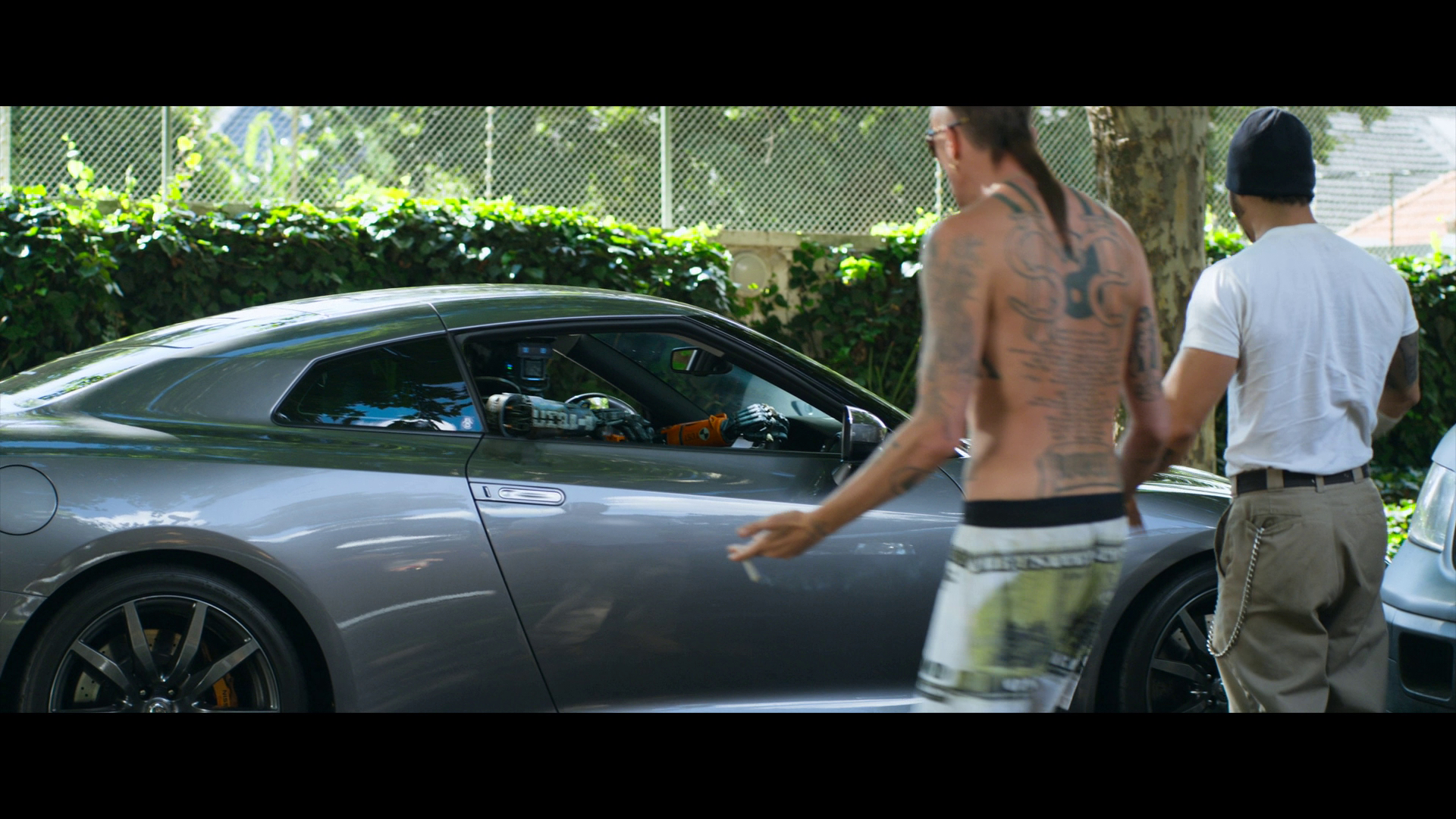 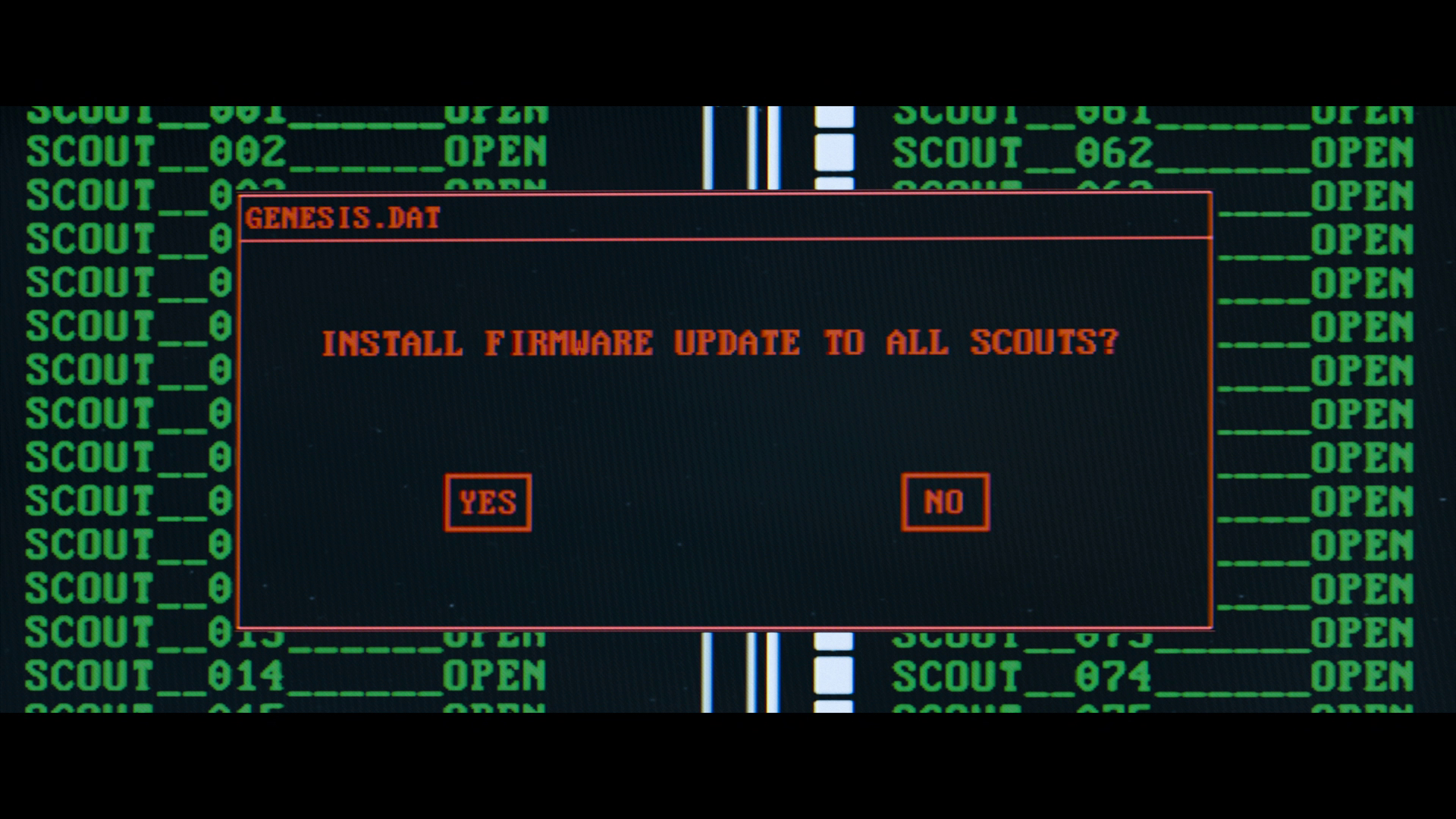 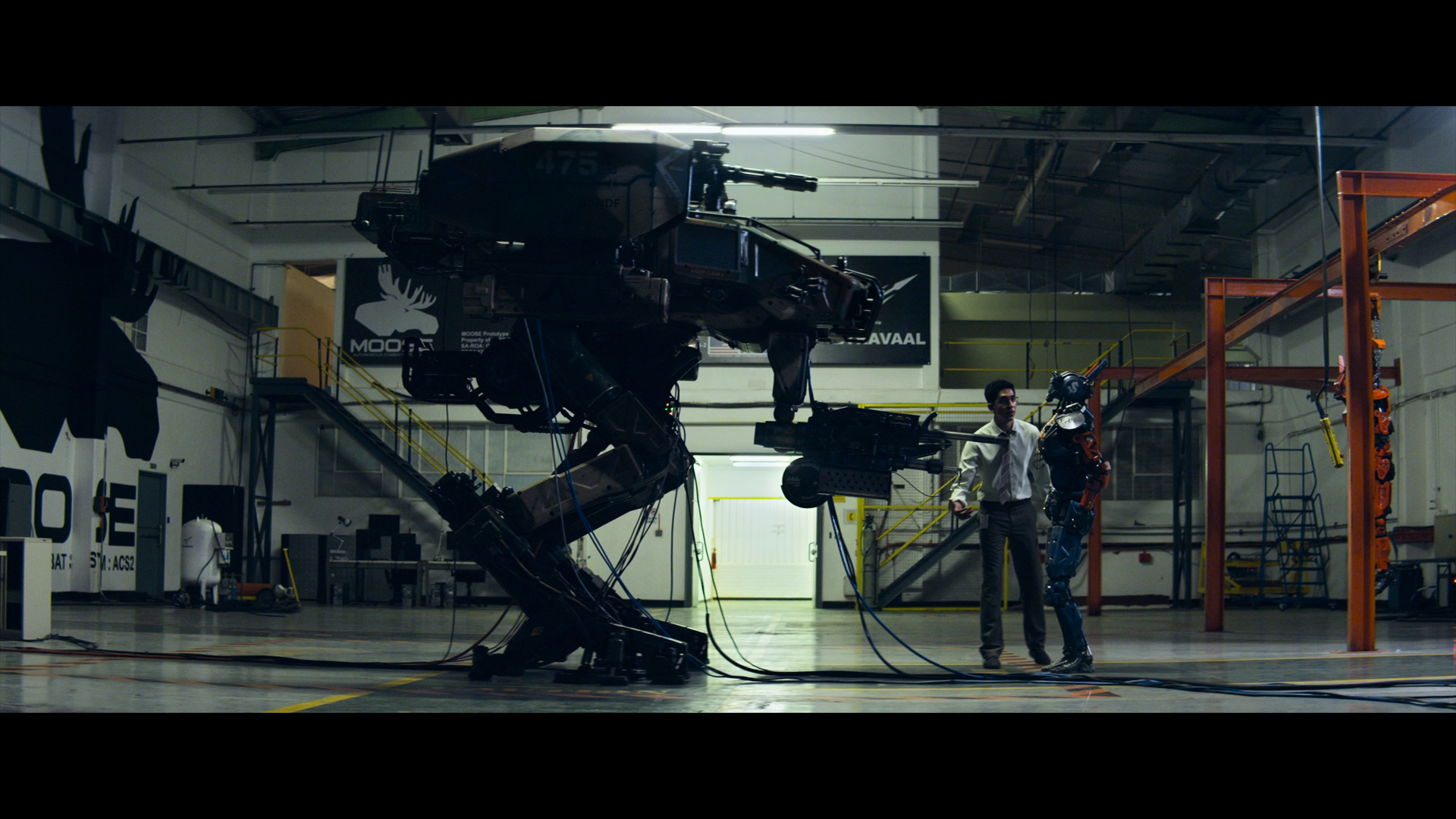 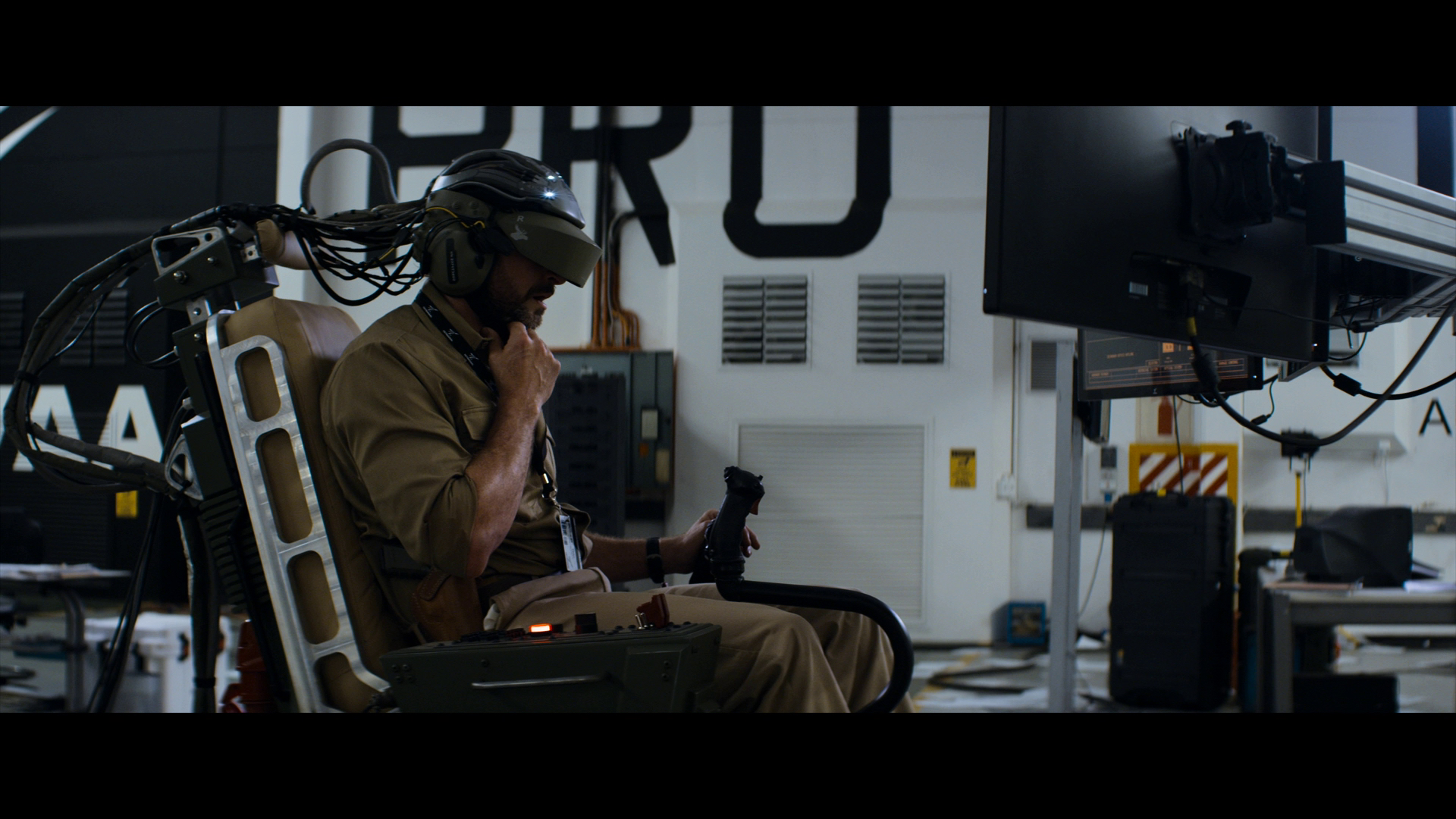