Still Alice is basically a Lifetime Original Movie elevated to theatrical feature status by A-list performances. It's primarily known as the film that finally got Julianne Moore her Best Actress Oscar and not much else. Like most Lifetime movies, it deals with an affluent and intellectual family having to deal with a medical crisis. The medical subject du jour here is early onset Alzheimer's. A film about an 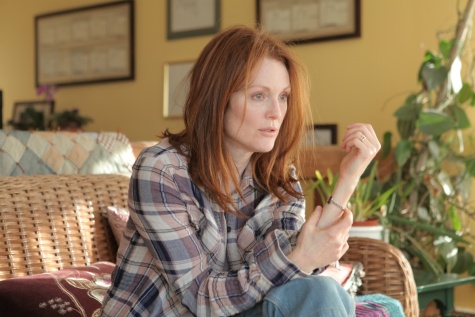 older woman -- played by Helen Mirren, let's say -- having late-onset Alzheimer's would have probably unfolded exactly the same way, perhaps without the handful of scenes where characters are shocked upon seeing a woman in her fifties struggling with the tragic disease.

A feature-length documentary on the extraordinary story behind the film's production would have probably been more fascinating to watch than Still Alice itself. The film was co-writer and co-director Richard Glatzer's final, completed project before he tragically succumbed to ALS and passed away early this year. Glatzer co-directed his previous film, The Last of Robin Hood, with his partner Wash Westmoreland after being diagnosed with ALS, but Still Alice was the project where he could only communicate via his iPad. The fact that any film, let alone a decent one like Still Alice, came from a director facing such overwhelming limitations deserves praise. Most audiences, however, will not be aware of the film's background, so Still Alice needs to be evaluated on its own merits.

Purely in terms of visual and cinematic language, Still Alice is nothing special. It follows the predictable structure of similar disease-centered melodramas, letting the audience relate to the characters through their emotional pain while instructing them about the disease itself. There are some interesting visual touches here and there. For example, a long, uninterrupted take centers around the usually calm and collected linguist Alice (Julianne Moore) as she learns the painful details of her disease. By focusing on her expressions throughout the entire sequence, we get to see the doubt and panic gradually taking overtaking her. This shot reminded me of a similar extended take in Akira Kurosawa's wonderful Ikiru, as we see the old bureaucrat played by Takashi Shimura fall deeper and deeper into depression as he's informed of the symptoms of stomach cancer.

For audiences, the main draw of Still Alice will, of course, be Julianne Moore's Oscar-winning performance. Was it worth the statuette, or was it yet another unofficial Lifetime Achievement Award from the Academy -- the kind given to actors and actresses for lesser performances after they've been passed over for much superior efforts in the past? In that case, we're hovering somewhere in between. Moore's performance certainly doesn't approach her excellent work in such films as Magnolia and The Kids are All Right, but it's a powerful turn that singlehandedly elevates such mediocre material. She's especially successful in subtlely expressing the fear that pulses throughout Alice as the character tries to adopt a professional and calm demeanor during the early stages of her disease. The film was shot in only 23 days, yet Alice's stark decline is not only visible in her appearance but pervades throughout her entire being.

Many melodramatic scenes depict Alice coming to terms with her situation alongside her family, which includes her husband John (a surprisingly emotional Alec Baldwin) and her youngest daughter Lydia (Kristen Stewart, too jittery and desperate to convince as a dramatic actress). These sequences are strong on their own, but it's the solitary scenes that pack the greatest punch. The most emotionally intriguing sequence takes place near the beginning, as Alice prepares a video for her future self with instructions on how to commit suicide when she can no longer remember the most basic information about her family. The way this scene is paid off is a bit disingenuous, but the tragic manner in which such an otherwise strong person has to plan her own demise creates undeniably strong drama.

Still Alice's cinematography uses a lot of warm hues, especially when Alice and John move to their summer house during the late stages of her 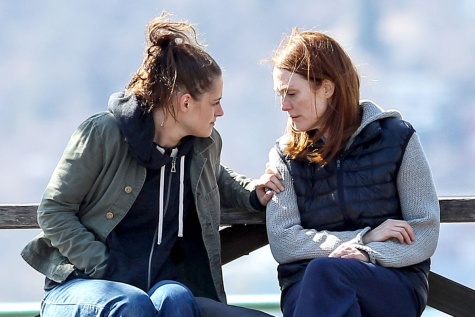 Still Alice features a DTS-HD Master Audio 5.1 track. The very dialogue-oriented film is accompanied by a subtle piano score by Ilan Eshkeri. The mix and presentation are all handled excellently. The surrounds are utilized so sparsely that the film isn't significantly compromised if experienced in two-channel stereo.

I predict that Still Alice will be more memorable for the way it was produced than the content of the film itself. It's a fairly standard medical melodrama that's worth a rental to see Julianne Moore's excellent performance.