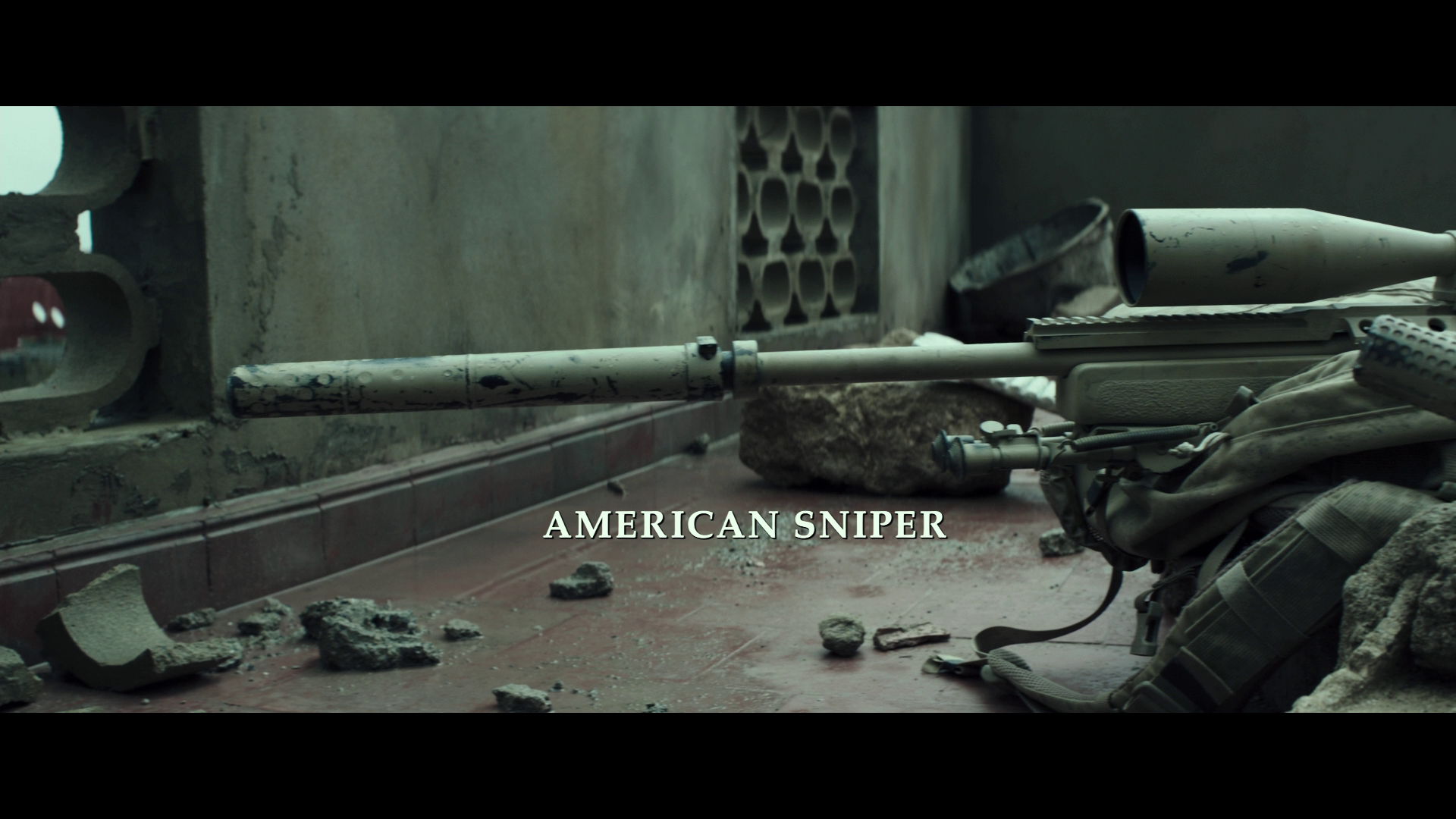 I left a crowded theater last December unsure what to make of Clint Eastwood's American Sniper. I like my patriotism subtle, and the studio's marketing machine courted a flag-waving, outspoken bunch once the film saw wide release. This expectedly resulted in some hand wringing and analysis of the film's themes. The chatter over subject Chris Kyle's post Hurricane Katrina exploits turned out to be mostly white noise, and any liberal versus conservative bickering the film inspires is largely irrelevant. A second viewing revealed the greater strengths of American Sniper, which excels at dramatizing the horrors U.S. servicemen face abroad and at home. The pain and memories Kyle brings home are the most affecting, and Eastwood wisely focuses on this human drama instead of setting political traps.

By now it is no spoiler to reveal that Kyle never saw American Sniper, a film based on his autobiography, come to fruition. Kyle and friend Chad Littlefield were murdered at a gun range in February 2013 by a U.S. Marine Corps veteran reportedly suffering from post-traumatic stress disorder. This unexpectedly violent death came after Kyle served four tours in Iraq, and has only intensified his legacy as the most lethal sniper in United States military history. His confirmed kills total 160, a staggering number. American Sniper explores the reality of this legacy and the effects this conduct had on Kyle, wife Taya, and their two young children. 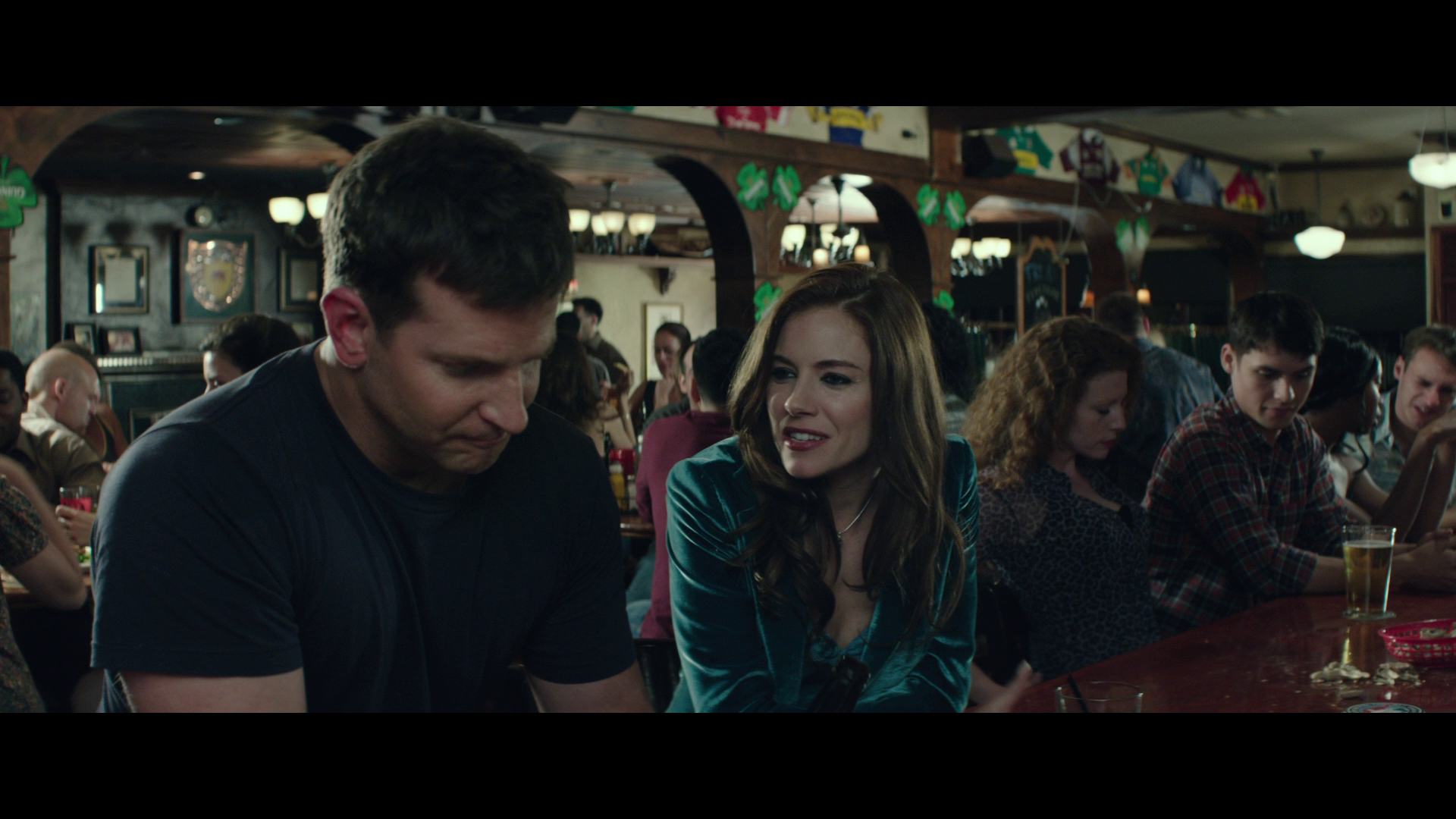 Bradley Cooper matches Kyle in appearance and demeanor, adopting a steely gaze and Texas drawl to portray the man he met during pre-production. Sienna Miller plays Taya, who in interviews comes across as intelligent and articulate. Kyle joined the Navy SEALs late, after a rodeo career, but proved himself during basic training and was assigned to SEAL Team 3 as a sniper. Kyle's military service earned him countless awards and medals, but by his own words and those of his widow and friends, he suffered the weight of his four tours and the lives he took. Eastwood stages intense, authentic action, but spends much of American Sniper focusing on Kyle the man and his relationships.

My initially lukewarm response to the film came because I had not expected it to focus so much on the tolls of war. I never feared Eastwood, not exactly a left-leaning director, would create a propaganda piece, but the final narrative of American Sniper requires more internal digestion than expected. The film sees Kyle deploy shortly after his wedding, and, despite the deaths of friends and fellow Team 3 sailors, Kyle returns to war again and again to scratch an insatiable itch. Whether for country or vanity or piety even Kyle does not fully understand, but the film reiterates several times that Kyle could not rest knowing someone else was abroad doing his job. This robbed his children of their father and Taya of her husband, and Eastwood never confuses valor for an excuse to slack on the home front. These are trying circumstances, and comprise a weighty dramatic framework for the narrative. 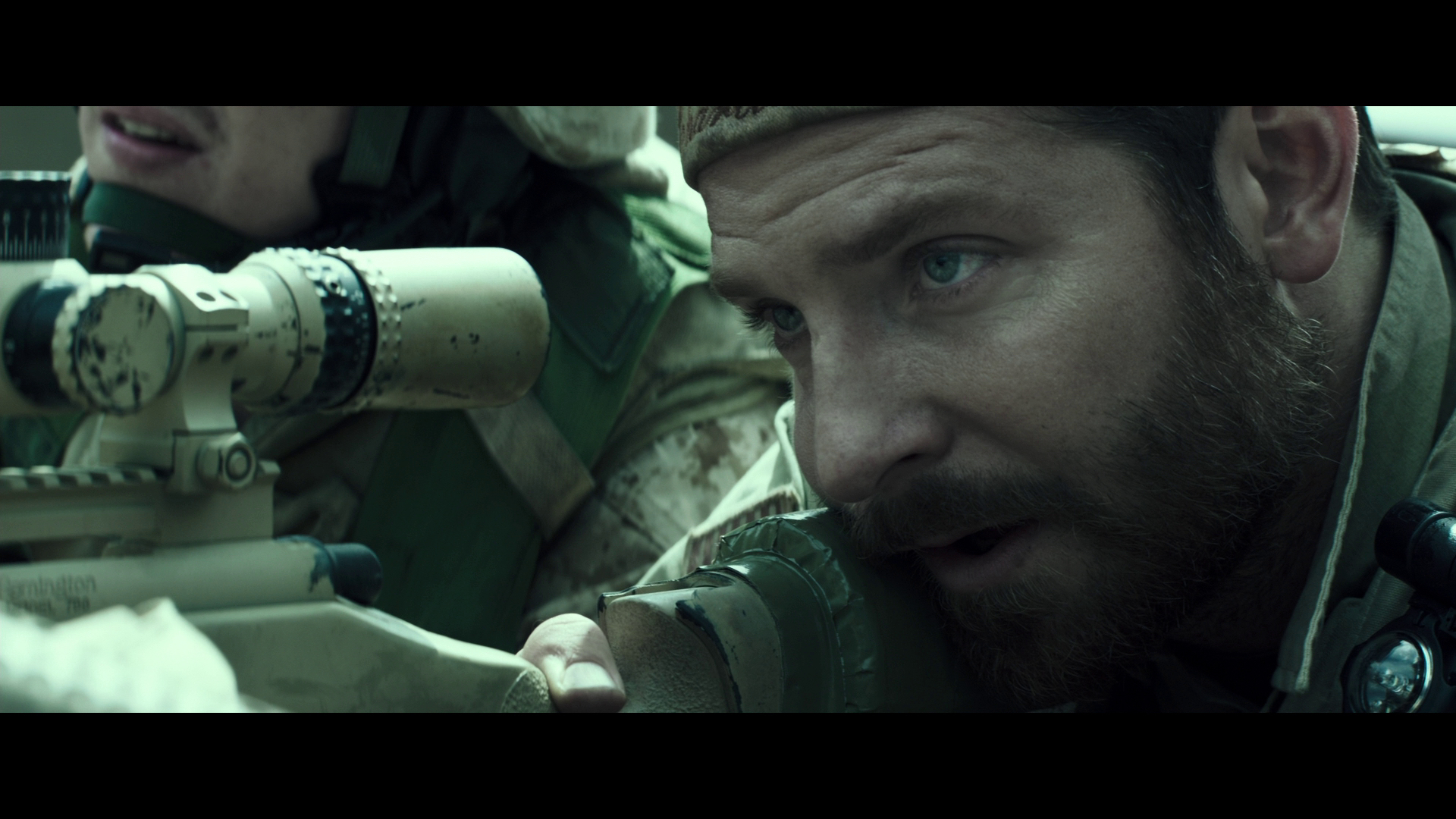 Both Cooper and Miller give strong performances. This is subtle dramatic acting even in the most intensely pitched moments, and this couple's interactions ring authentic and true. Cooper is quickly becoming a fine dramatic actor, and this material returns Miller to relevance after a period of underwhelming work. The wartime suspense is intense, particularly the heavily publicized scene where Kyle finds a young woman and her child in his sight. Equally compelling are quiet moments when Kyle returns home and takes refuge in a bar, afraid to bring the chaos inside home to Taya and the kids. Compacting a lengthy story into a 2 1/4 hour movie occasionally gives the narrative an episodic feel, which is not necessarily a bad thing since American Sniper focuses on Kyle's psyche throughout the four tours.

Shooting from a script by Jason Hall, Eastwood keeps the proceedings expectedly judicious. Sure, there are a couple of obvious, emotion-baiting scenes that fall flat, like the segment where Kyle and Taya watch the World Trade Center towers fall, but Eastwood mostly avoids treading into political waters. The supporting characters may not be particularly deep, but American Sniper is unabashedly about its hero. We see the world in the fits and starts of war, hear whispers of the Syrian sniper targeting American troops, and witness the ground response. All this excitement falls away when Kyle returns home, and only the memories remain. American Sniper is not without imperfections, like its subject, but it is a powerful film when appropriately considered. 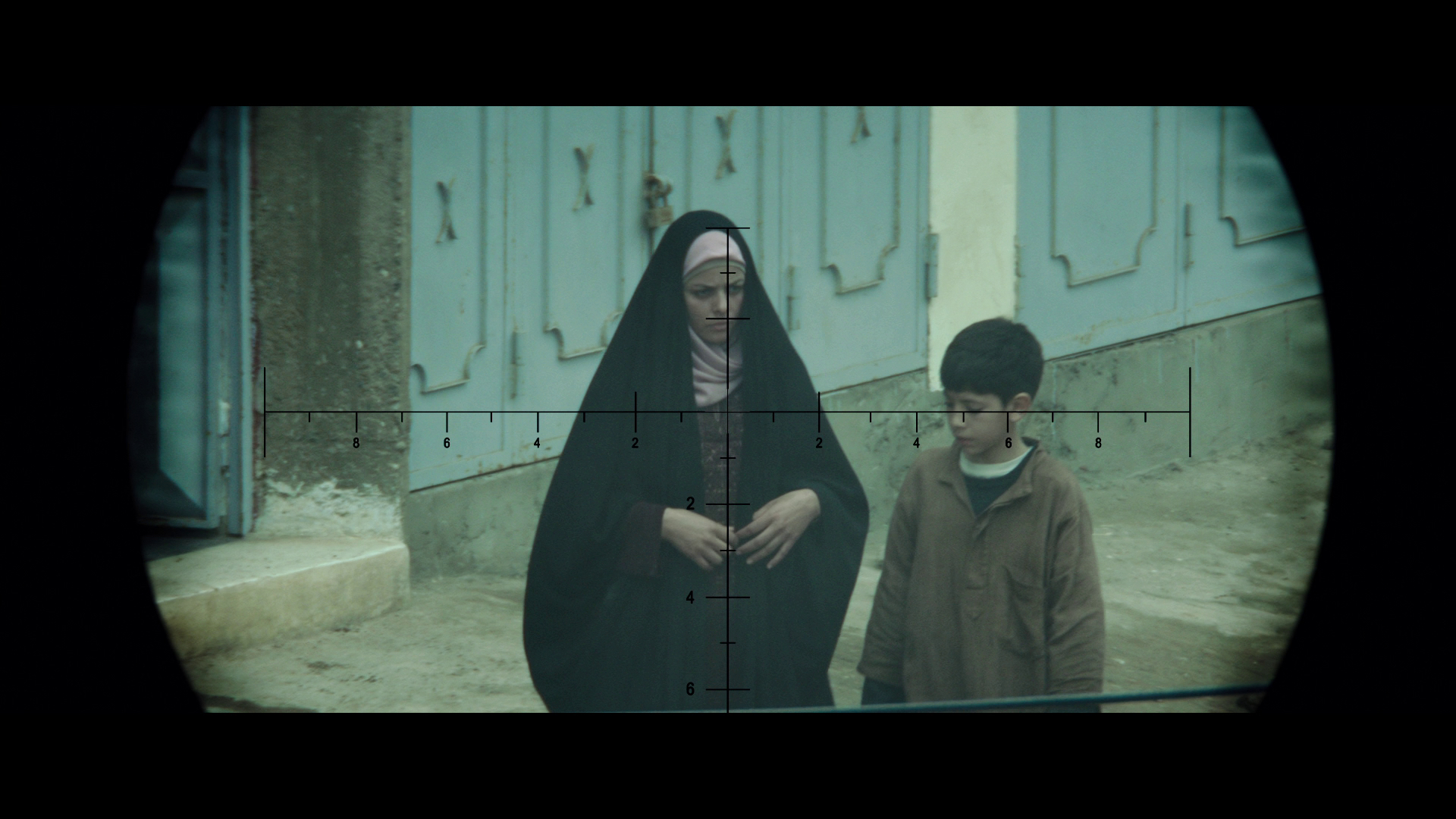 Warner Brothers' 2.40:1/1080p/AVC-encoded transfer of this digitally shot production is expectedly excellent. Texture is off the charts, from the battle-scarred Iraqi exteriors to the sailors' uniforms to the grit, grime and sweat on Kyle's face as he steadies his hand before taking aim. Fine-object details are abundant, and wide shots are crisp, clean and nicely defined. There are rare moments when the image feels a bit flat thanks to the digital source, but the majority of the film is gritty, lifelike and fluid. There has been some color correction to give the film its green/tan appearance, and highlights bloom on occasion in the blazing sun. Black levels and shadow detail are strong, and color saturation is accurate.

Even more impressive is the absolutely bombastic Dolby Atmos soundtrack, which I reviewed as a 7.1 Dolby TrueHD mix. This theatrical-quality mix is nothing if not immersive. The wartime environments buzz and combust around the viewer. Bullets sear through the sound field and into their targets, erupting in subwoofer-assisted carnage. This mix is not simply loud; it is perfectly designed to reflect the action on screen. Dialogue and score are layered expertly with effects, and the track makes use of all surround speakers and the LFE. A French Dolby Digital Plus 7.1 mix is also included, as are Spanish and Portuguese 5.1 Dolby Digital mixes and an English DVS track. Subtitle options include English SDH, French, Spanish and Portuguese.

This two-disc "combo pack" includes the Blu-ray, a DVD copy, and an UltraViolet HD digital copy. The plain-black discs are packed into an eco-case, which is wrapped in a handsome slipcover. Despite earning half a billion dollars at the worldwide box office, American Sniper does not see the Blu-ray red carpet rolled out, at least in the extras department. This is likely a combination of Eastwood limiting behind-the-scenes filming and the quickly fading era of lavishly produced bonus content.

You do get two roughly half-hour pieces: One Soldier's Story: The Journey of American Sniper (31:04/HD) discusses the project's origins, working with Kyle before his death, Eastwood's contributions to the film and Cooper's training with real Navy SEALs. The Making of American Sniper (28:35/HD) offers more interviews and insight into the production, and discusses the script's gestation and casting. Neither piece is bad, though both have a promotional feel. There are good interviews with Taya Kyle, Bradley Cooper and Clint Eastwood, at least, and this is probably the most in-depth material you are going to get from an Eastwood production. 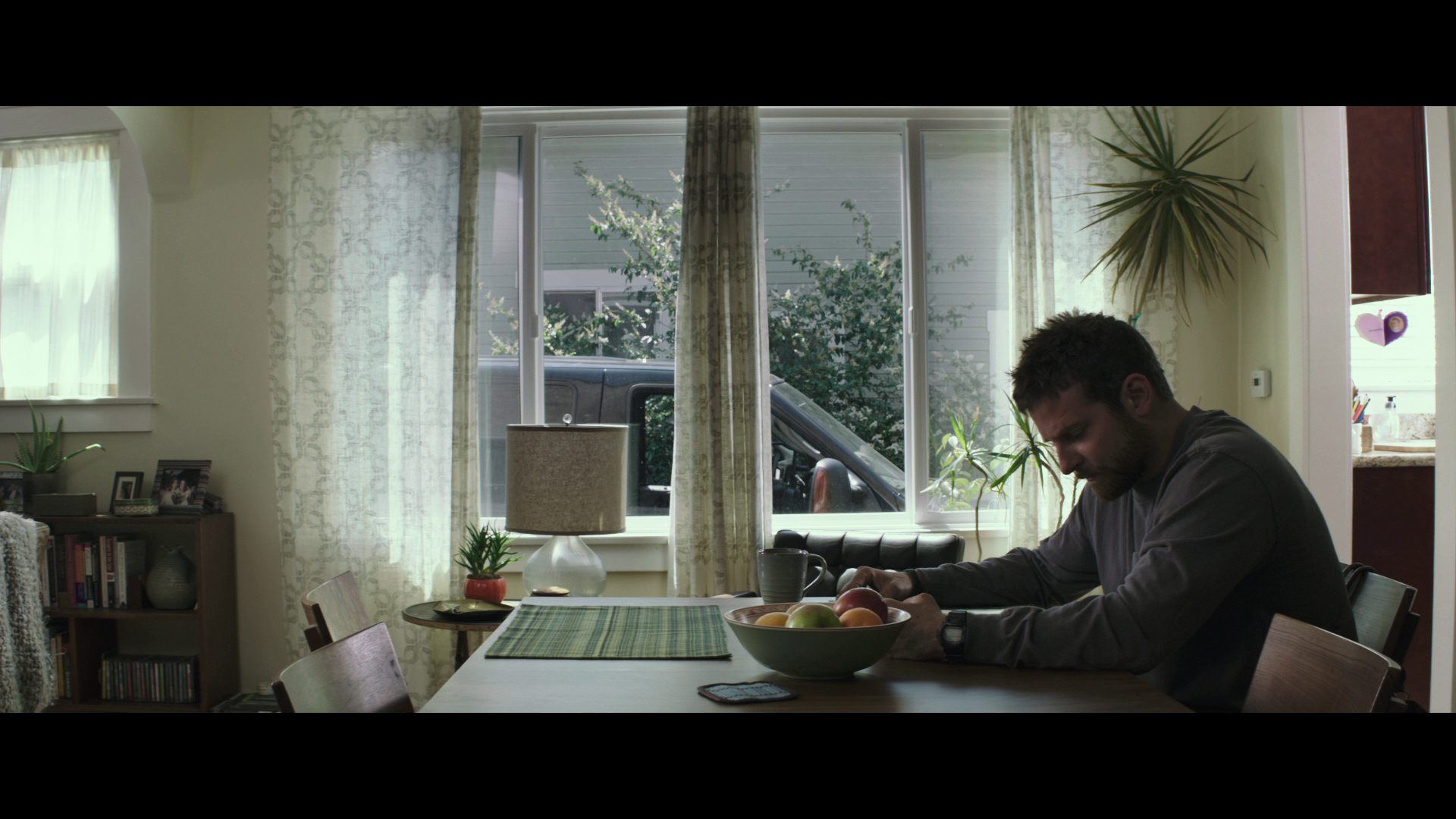 It took a second viewing for me to understand American Sniper's real accomplishment is portraying the difficult transition from battlefield to home life servicemen face. Bradley Cooper is excellent as Chris Kyle, the most lethal sniper in American military history, and American Sniper excels when it allows doubt, fear and uncertainly to creep into Kyle's life. Sienna Miller gives a strong supporting performance as Kyle's wife, Taya, and director Clint Eastwood wisely avoids political statements, and instead allows his film to explore the effects of war on its leading man. Highly Recommended. 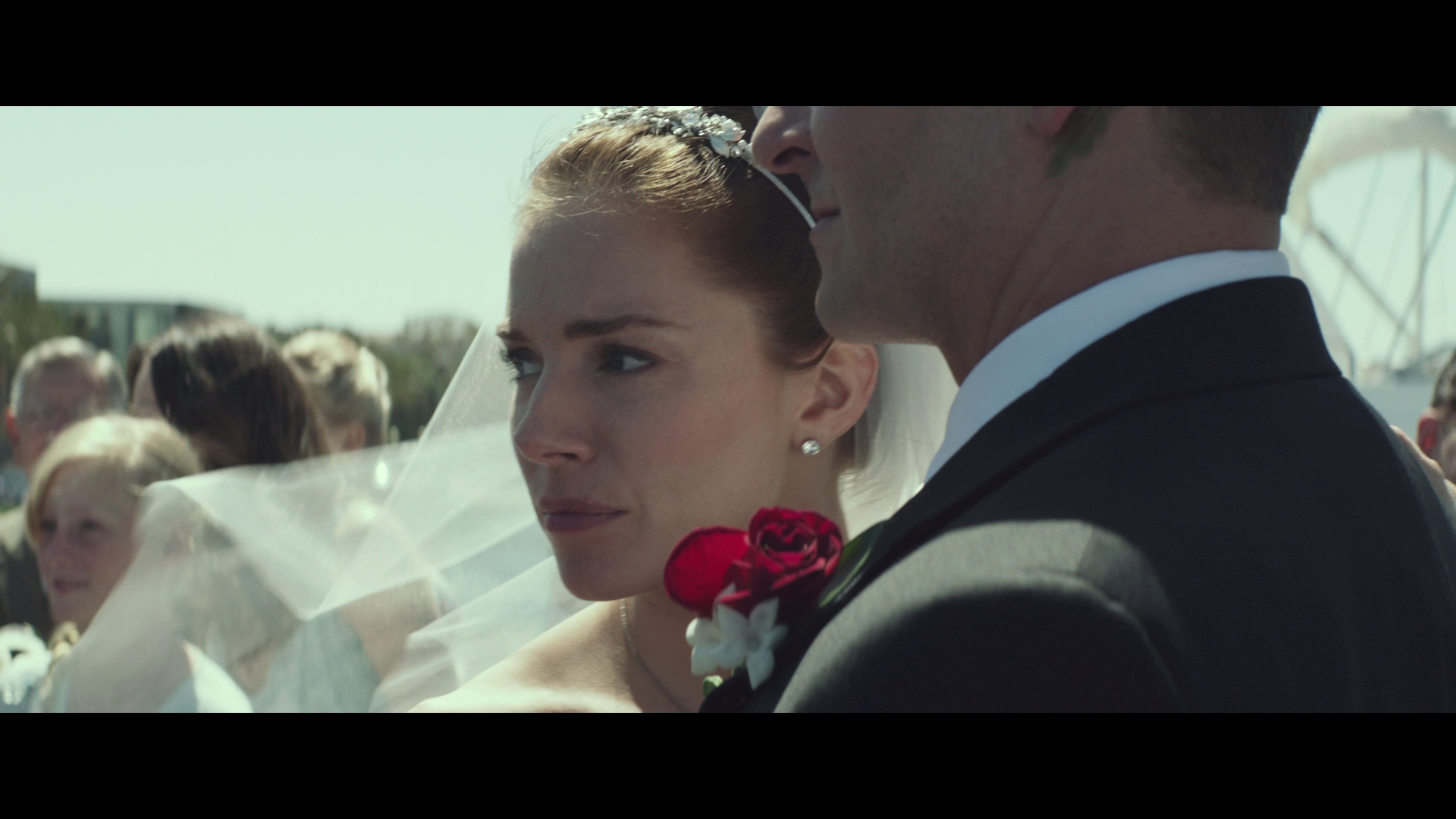 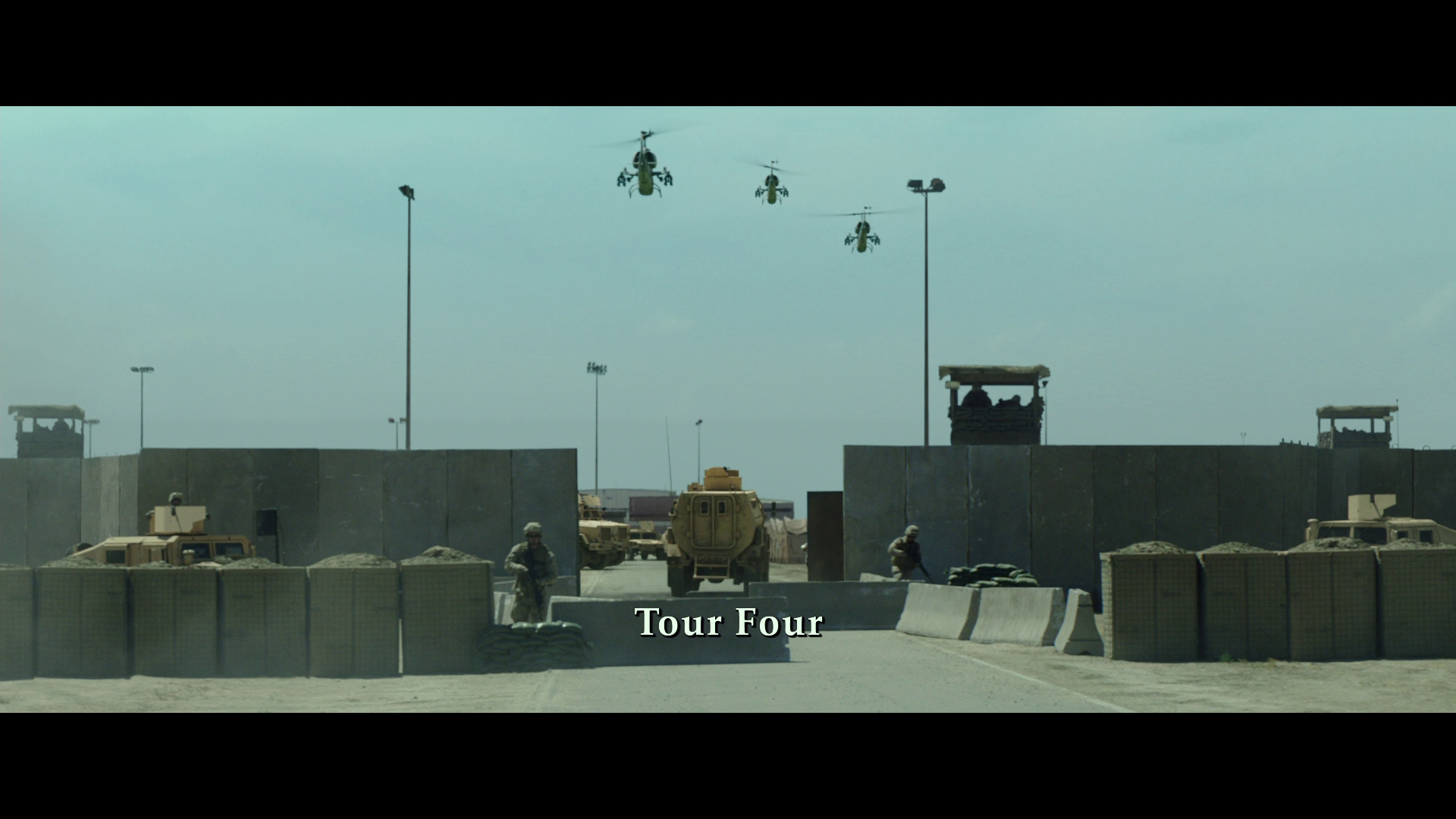 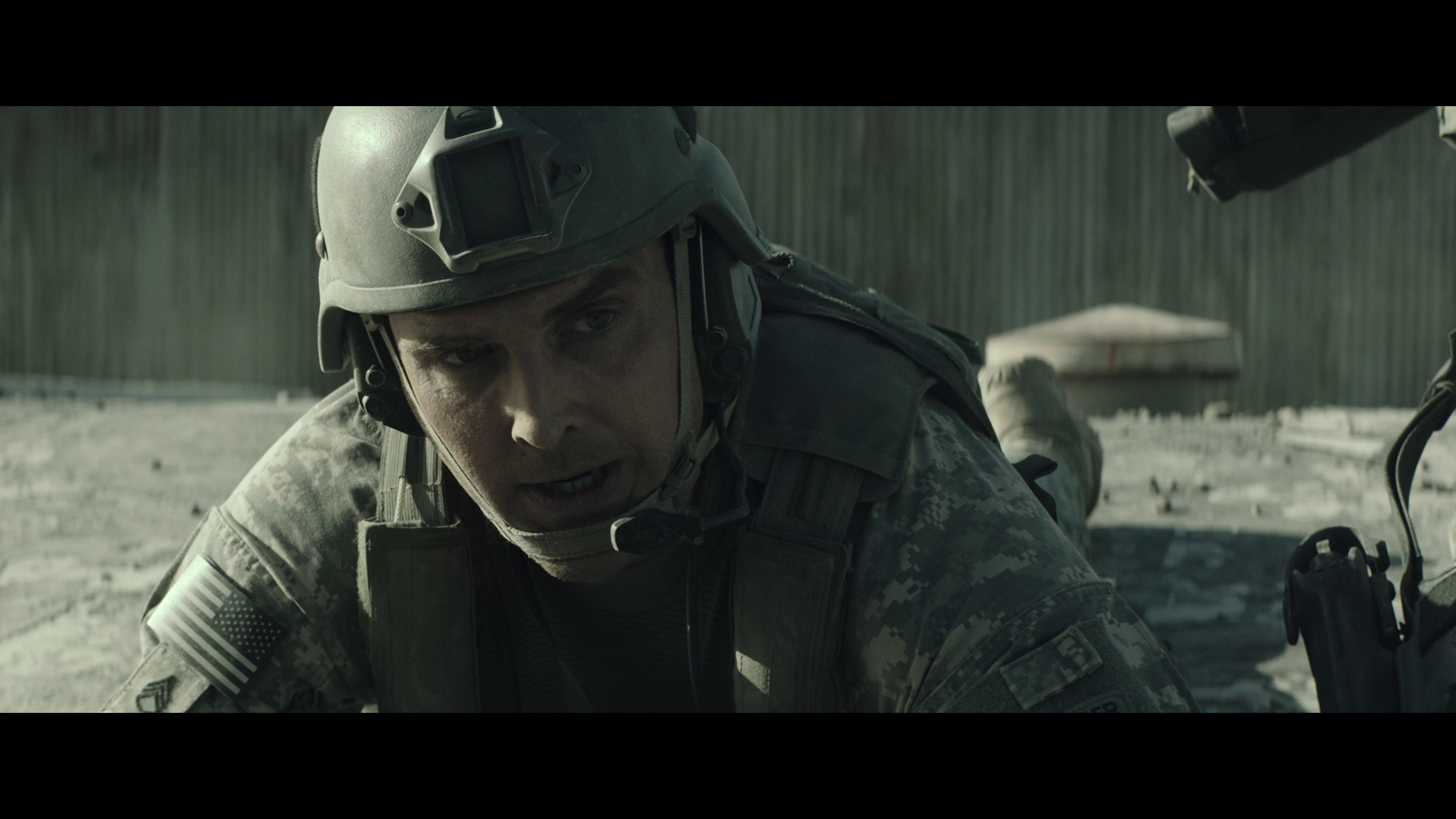 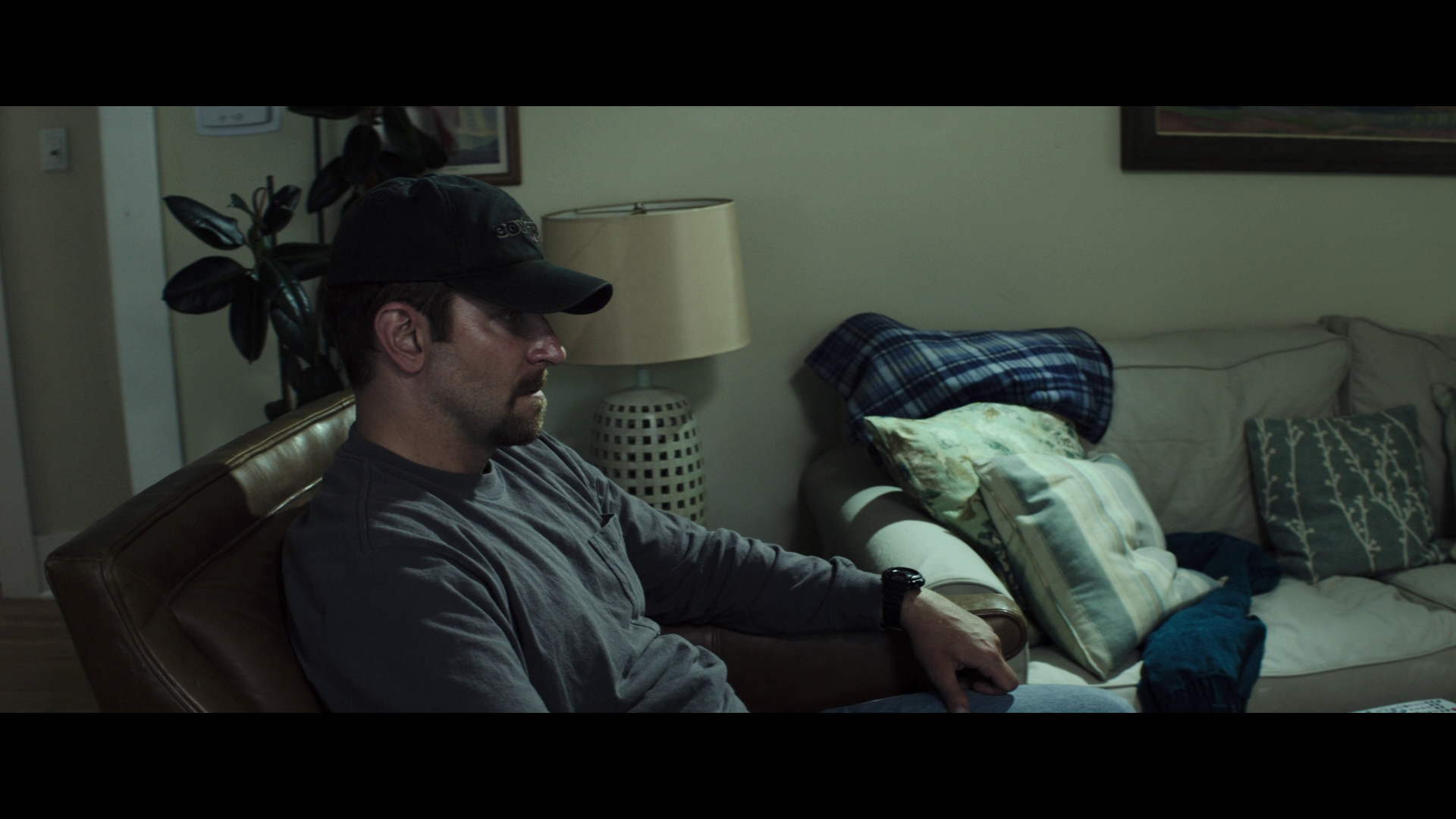 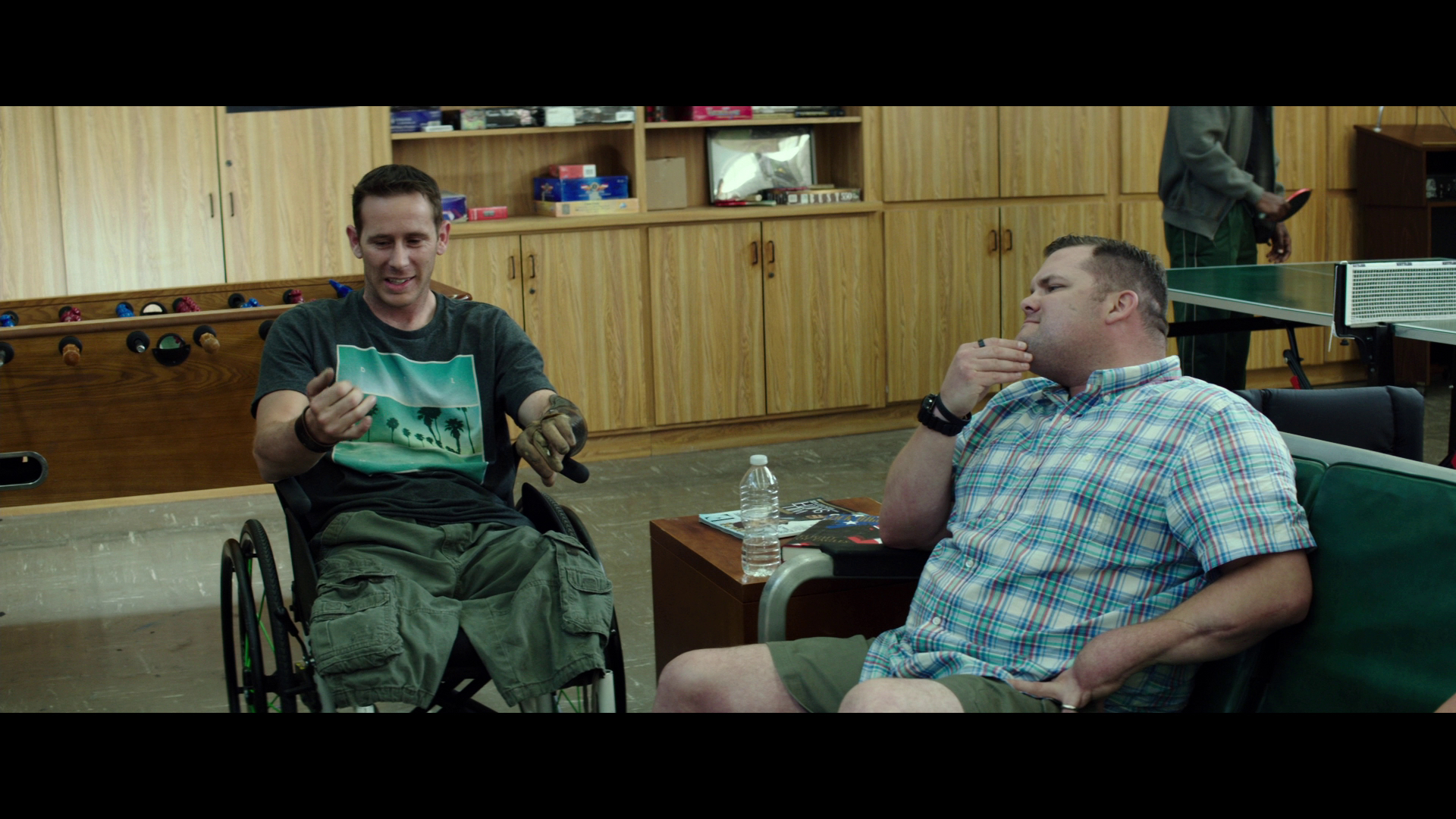 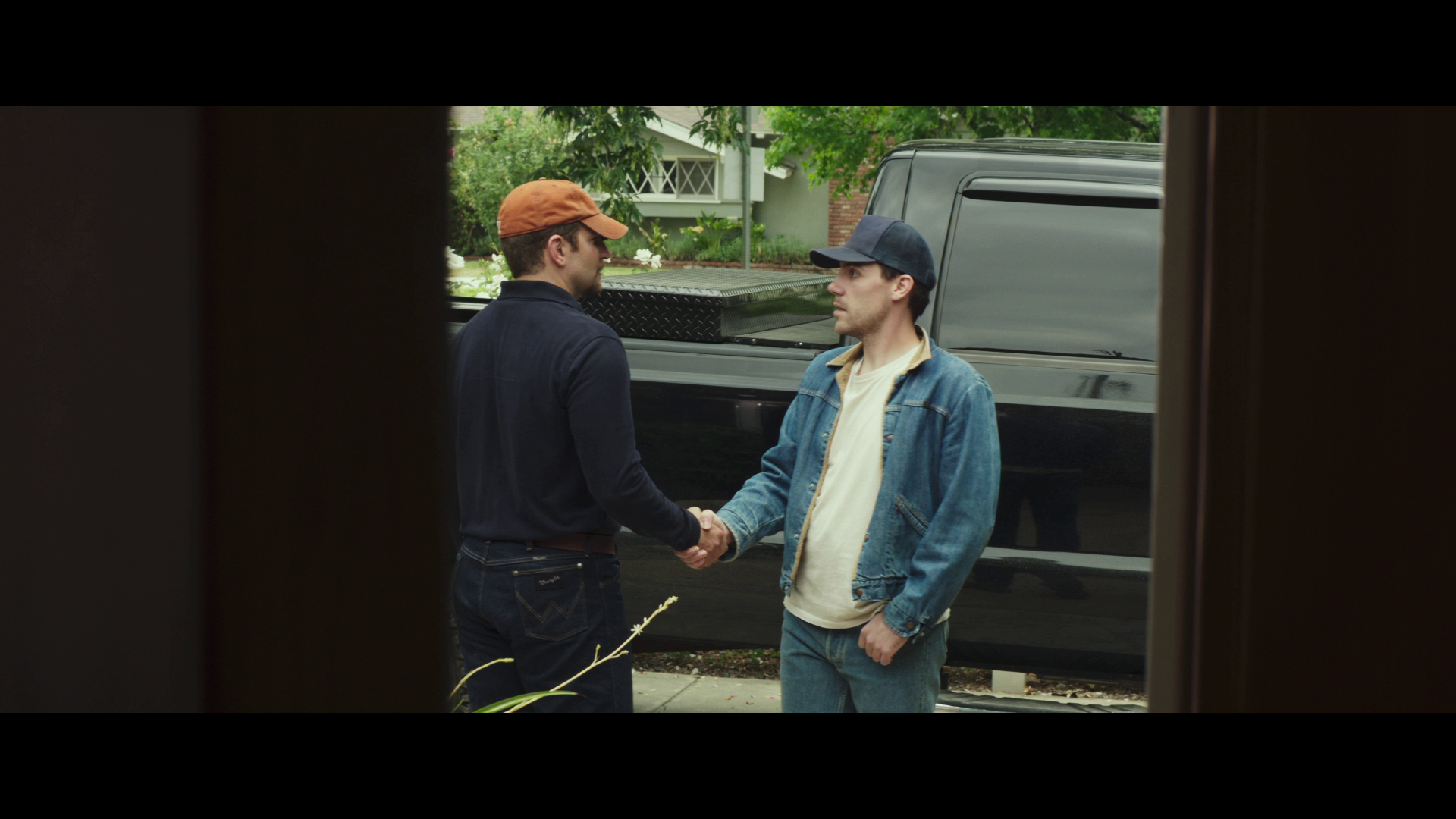 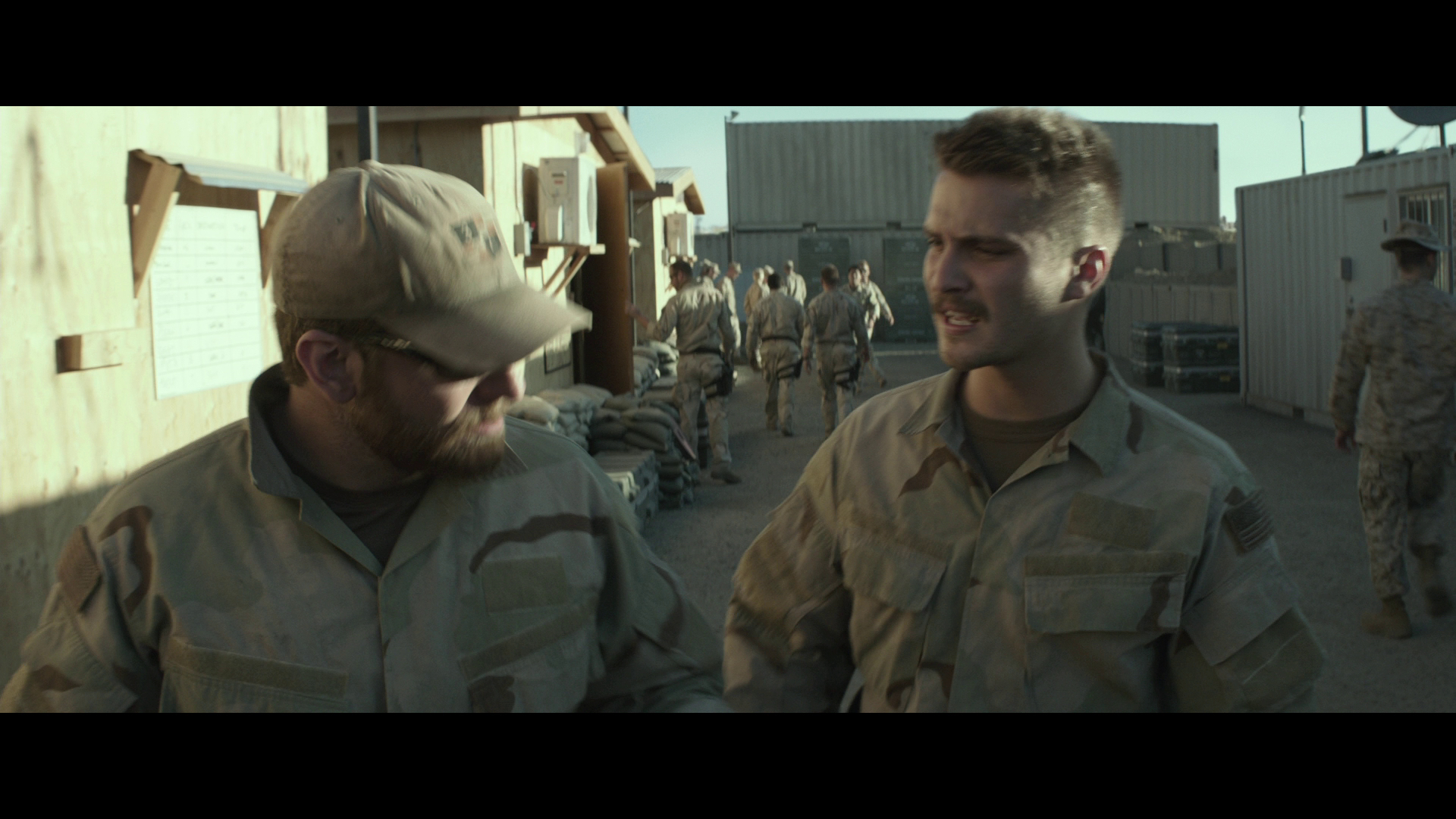 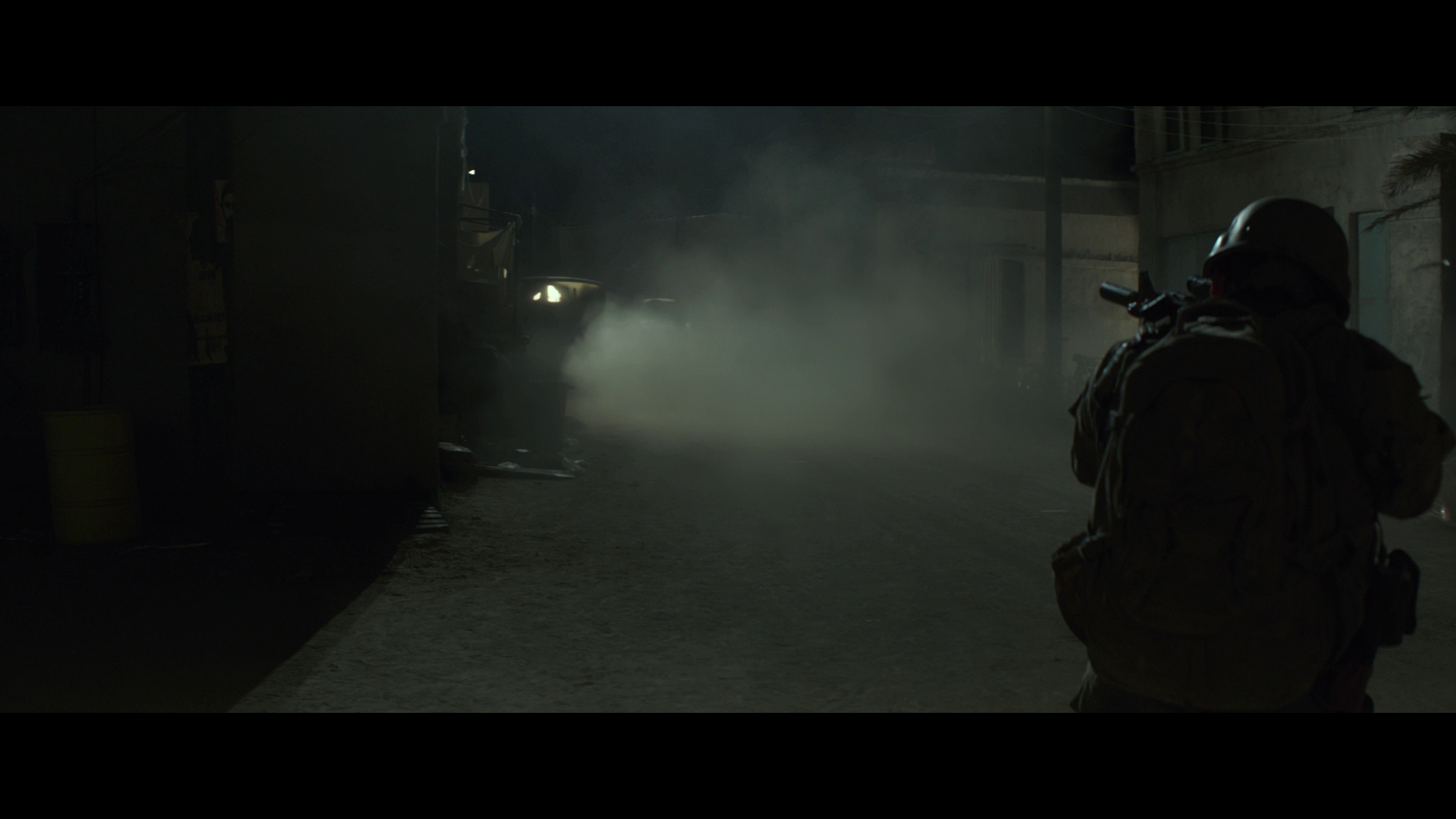 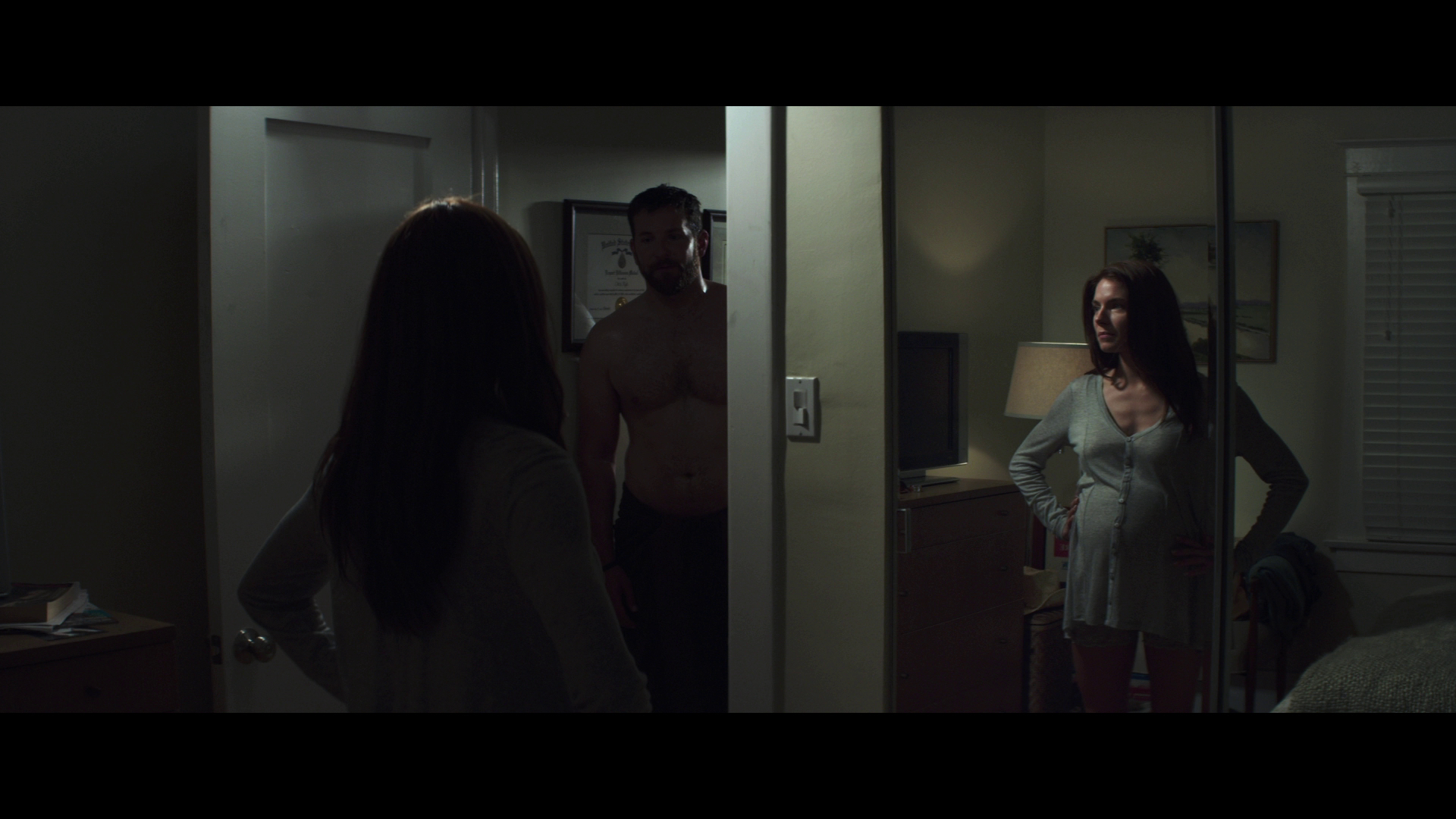