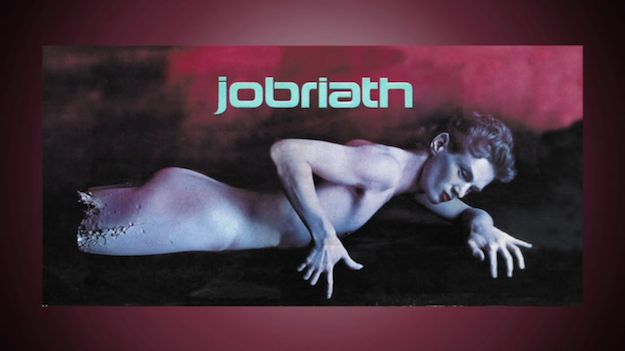 Jobriath Boone was supposed to be the biggest thing to hit rock music in 1973. An openly gay man with a carefully cultivated glam look, Jobriath had his image -- in the form of the David Bowie-meets-Jean Cocteau cover art from his debut album -- plastered on a Times Square billboard and on the sides of hundreds of New York City buses... and then the album never charted. He is still lauded as a genius by a small cabal who knew and loved his music originally and also by a new clique of cultural archaeologists, but Jobriath was washed up publicly within two years of his misbegotten debut. And then, like so much of the New York vanguard of the '70s, he died young in 1983, after contracting AIDS.

The new documentary, Jobriath A.D., attempts to tell the forgotten musician's story despite one major setback: there is very little film or video of Jobriath in action, and seemingly even less footage of him talking about himself. Director Kieran Turner got access to dozens and dozens of still photos of Jobriath and he got dozens of friends, family, and fans to talk about him, but it's hard not to feel like Jobriath's voice is too often missing from his own story.

As the film unspools, it becomes apparent that there's a reason for that. At Jobriath's would-be peak, when he was getting the most press coverage of his life in preparation for his debut, his big-time manager Jerry Brandt (he discovered Carly Simon and ran a number of popular New York nightclubs over the years) was the public face of Jobriath. Jobriath had asked Brandt to form a partnership with him resembling that of Elvis Presley and Col. Tom Parker. Holding up his end of the 50-50 partnership, Brandt hyped Jobriath to the papers and magazines and TV interviewers like crazy. However, Brandt was so emphatic and energetic that he typically didn't leave room for his star to speak for himself. The film makes clear that Brandt was as interested -- if not more so -- in making himself a household name along with Jobriath.

Unlike the main subject, Brandt is on-hand to tell his side of the story to the documentary crew. He admits to helping shoot himself in the foot by aggressively promoting an unknown who hadn't "paid his dues" as the savior of rock. He thought it was good marketing to lie and say that the record company gave him an unheard-of advance of a half million dollars for the Jobriath record, but it only provided another reason for the hip musicians and writers of the time to sharpen their knives. (Jac Holzman of Elektra Records reports that the advance was probably more in the neighborhood of $50,000 -- if that.) Brandt does however spend more of his time onscreen seeming shocked that it all didn't work. For example, the conceit of Jobriath's public persona was based on the notion that most glam-looking rock guys were either ambivalent about their gayness (Freddie Mercury, Elton John) or were just heteros passing through (Marc Bolan, Bowie), but Jobriath wasn't going to be coy. He declared himself the "true fairy of rock 'n' roll," which proved to be one of the biggest nails in his career's coffin. 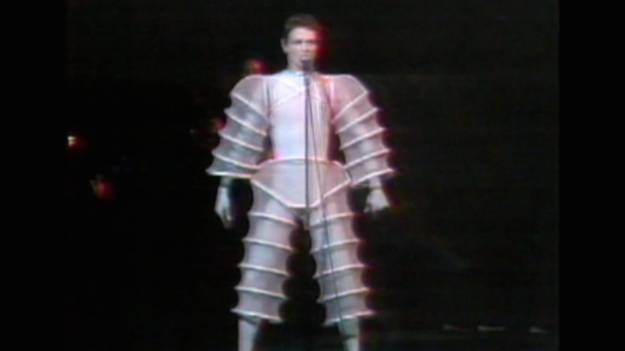 Turner's documentary is partly concerned with continuing the slow posthumous rehabilitation of Jobriath's legacy, which started around a decade ago when the famous musician Morrissey spearheaded the release of a Jobriath anthology album. (While there are some noteworthy musician fans of Jobriath featured in this documentary, Morrissey does not make an appearance.) The film succeeds in this area, portraying Jobriath as an underrated raw talent who was beginning to find his voice at the moment he was overexposed and then publicly tarred, feathered, and forgotten.

The film is also partly concerned with revealing the man behind the Jobriath persona. In this respect, Jobriath A.D. is a little more hit-and-miss, if only because it relies completely on the accounts of others. It turns out that Jobriath Boone is one of many identities created by Bruce Wayne Campbell, an exile from a typical American family in Philadelphia. Campbell tried to conform to what his parents expected of him, but soon he was AWOL from the army. Hence, an alias, Jobriath Salisbury, and a move to Los Angeles. The good news was that Jobriath got cast in the L.A. company of Hair and managed to cut an album with his first band Pidgeon. The bad news was that, thanks to all the publicity that the show received, the army figured out who he was. After convincing the army docs that he was crazy, he began on his newest reinvention: the one that caught Jerry Brandt's attention.

The middle of the film is frankly kind of lumpy. Turner tries to squeeze in a bunch of talking-head comments in the hope of sculpting a portrait of an off-balance artist drunk on his first taste of fame, enabled by a carny-like manager who was slightly out of his depth, but also inspired to realize some insanely bold ideas. Turner allows Jobriath's bandmates and friends to insert a few anecdotes about his capacity for destruction and self-destruction, but when the discussion turns to a proposed $200,000 Paris Opera House show in which Jobriath would initially appear as King Kong on the Empire State Building, which would transform into a giant penis as he transformed into Marlene Dietrich, the film seems to take the stance that it's a shame we never got to see this bold vision rather than wow, these people were coked-up lunatics.

Despite its occasional aimlessness, the film offers many satisfying surprises. Jobriath/Bruce Campbell's brother Willie Fogle gives many interesting insights into their family's dynamic. For example, Campbell was extremely close to his mother but still felt rejected by her in terms of his talent and sexuality. The final section of the film, after Campbell's career as Jobriath has flamed out, is also interesting for showing the musician's attempt to redirect his talent into cabaret performances of old standards under the moniker Cole Berlin (or Irving Porter, or even Bryce Campbell with a Y). Many of the devoted audience members knew exactly who Cole Berlin was and would request Jobriath songs, but he reportedly never fulfilled those requests.

The documentary is definitely a success in that it convinces viewers that Jobriath is a neglected, somewhat tragic figure worthy of rediscovery. Much like my reaction after first seeing Searching for Sugar Man, I found Jobriath's debut album online and gave it a listen shortly after the credits rolled on this film. Afterwards, I listened to his anthemic track "I'maman" a few extra times on repeat. Jobriath had the goods, but the public just couldn't see it then. It's hard to say if Jobriath A.D. is the tribute this fascinating artist deserves, but it'll certainly do for now. 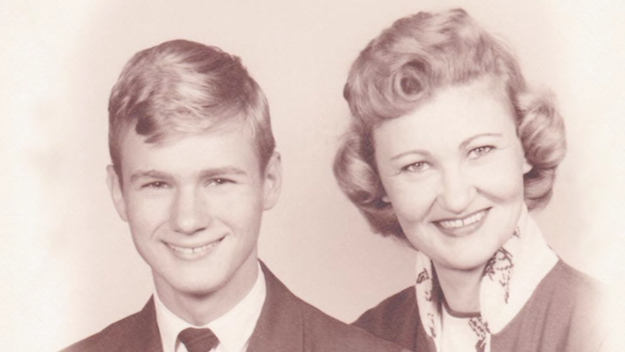 The DVD
Factory 25 has packaged the Jobriath A.D. DVD inside of a gatefold LP sleeve, accompanied by a 12" see-through cyan-tinted vinyl record (see Special Features below).

The Video & Audio:
The widescreen 1.78:1 presentation on the DVD looks good for an HD-shot, talking-heads-heavy documentary. No significant compression issues. Obviously, some of the archival footage is a little rough, but nothing too offensive. The disc offers both a Dolby 5.1 surround audio mix and a Dolby 2.0 stereo mix. Both of them are clean and clear, but neither is going to blast you out of your seat with dynamic rock-n-roll energy. They work fine though.

- Certainly the coolest bonus object I've seen packaged with a movie lately, this record features demo recordings from a never-produced musical Jobriath was developing for Joe Papp at New York's Public Theater. The recording quality varies, since these tracks were never meant for public consumption, but the compositions are frequently quite good. Liner notes by director Kieran Turner fill in what the plot between the songs was supposed to be.


Final Thoughts:
Jobriath A.D. is an intriguing portrait of a talented artist whose career was doomed by his own hype machine and the public's unwillingness to accept his unhidden, uncoded homosexuality. The film is nicely supplemented by high-quality bonuses, including a vinyl record of previously unreleased music. Highly Recommended. 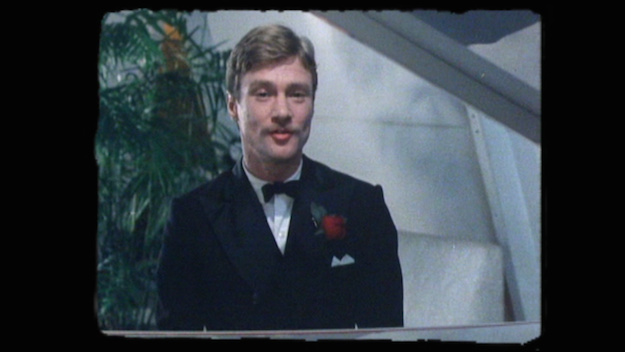