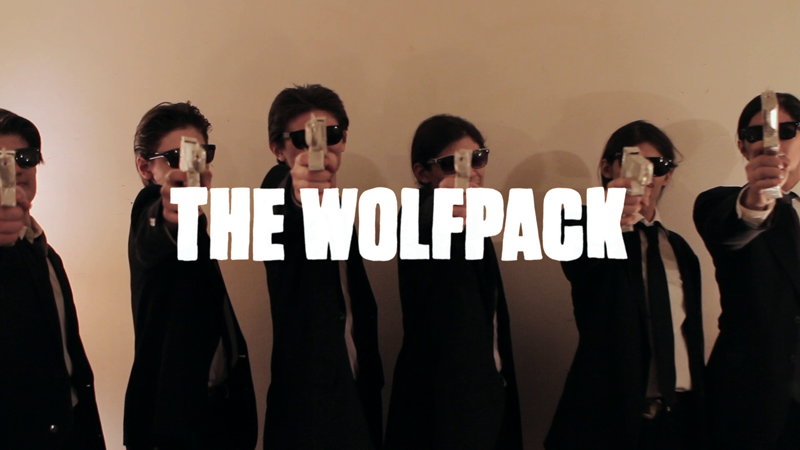 
The Movie
A great documentary is revealing, using a specific story or stories to explore a world you don't know, and in the end you feel like you understand what happened and "know" the people involved. What it shouldn't do is leave you with lots of questions (unless those questions are about what happens next.) Unfortunately, by this standard, The Wolfpack is not a great documentary. It's got an amazing story at its core, but first-time director Crystal Moselle struggles to bring it over the finish line, and when it gets there, it feels like parts of the race were never even run.

Moselle introduces us to the Argulos, a group of six long-haired young men living in the Lower East Side of New York City. These six brothers have been shut away from the rest of the world by their father Oscar, who, for but a few rare days in their lives, has kept them locked in their apartment. Watching the world through the windows of their home and their TV screens, they've managed to grow up isolated in the middle of one of the world's largest cities. However, we find out, through plenty of VHS footage, that they entertain themselves by sweding films--making their own versions of movies like The Dark Knight, Pulp Fiction and Reservoir Dogs--using whatever materials they can get their hands on. 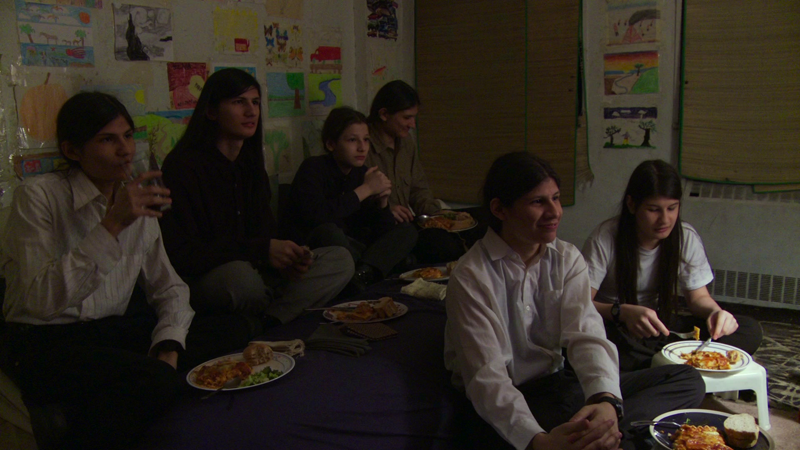 The film's calling card is the opportunity to see their creativity and devotion to this boredom-killing hobby--including a disturbing moment inspired by The Nightmare Before Christmas that threatens the family's safety--but the home movies mainly set up The Wolfpack in order to explore the strange home life of the Argulos. Through interviews with the six brothers, their father and their mother Susanne (a sister is briefly seen but hardly mentioned), a picture emerges of how this clan came to be, as well as how their sheltered existence began to unravel, as the outside world called to the boys. Remarkably, none of the now-free Argulos seems tremendously worse off for the experience (some issues simmer under the surface), and their exuberance, captured by the film during firsts like their first trips to a movie theater and the beach, is enjoyable to see.

Though The Wolfpack is blessed with an interesting and unique story and a gaggle of camera-ready subjects, it doesn't know quite what to do with them. There are mentions here and there about the father's abusive and possibly alcoholic behavior, but he's never questioned about them, allowing him to present himself as a good person as he explains why he locked his kids away. Similarly, other hints of interesting elements, like the father's refusal to work (how do they afford this apartment?), the mother's role in the situation (an increasingly important factor as the film progresses) and the very existence of the sister (who may suffer from a mental impairment), all are glossed over, indicating perhaps that Moselle was too close to the subjects and perhaps unwilling to push, afraid of losing access to the stars of the show (a genuine possibility considering the family's history.)

Even if those questions were answered, the film runs out of steam before it ends, as once the young men become a part of the world, there's not a lot of story left to tell. The home stretch is the most static of any portion of the film. Part of the problem is that this movie seems to have come at a point when the Argulos' tale is only really starting, with most of their lives left in front of them. Thus, the origin story doesn't have the "present" that makes us care about where it all started. As a result, The Wolfpack really hangs its hat on those home movies, since they are visceral, recognizable and entertaining, but unfortunately they were only part of the story, making for an uneven film. Maybe in 10 years, Moselle can check back in and get the whole story. 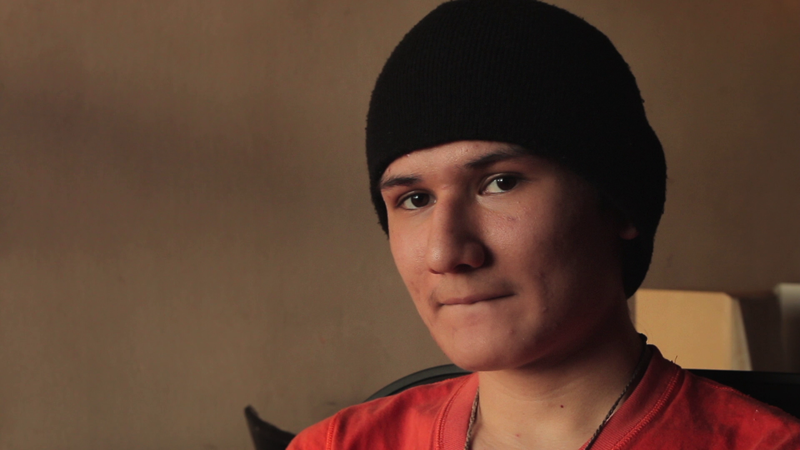 The Disc
The film arrives on one Blu-ray, which is packed in a standard-width, Blu-Ray keepcase. The Blu-ray features an animated menu, with options to watch the film, select scenes, adjust the set-up and check out the extras. There are no audio options, but subtitles are available in English SDH.

The Quality
The 1080p, AVC-encoded transfer is good, but not great, with appropriate color throughout and decent black levels, but the level of fine detail is lacking in many places. A dim apartment is certainly a hard location to work with, and the more naturally-lit scenes look better, but there's no reason why the film couldn't have been sharper. There's a tremendous amount of archival home-video footage integrated into the film, and naturally it looks pretty rough, but nothing about this disc is the source of the trouble. Digital distractions are not a concern.

The DTS-HD Master Audio 5.1 track is underwhelming, largely because it doesn't have a lot to do. For most of the film, the dialogue lives comfortably in the center channel, while the surrounds, mainly the front speakers, get a bit of light score to work with. Later in the film, the music takes more of a central role, and the low-end makes itself known, but most of the time, this is a dialogue-first mix that simply keeps the voices clean and decipherable (despite frequent accents..

The Extras
A 6:37 interview with Moselle kicks things off, as she provides some background on the film and her thoughts about the boys. However the 16:18 interview with the Argulo guys themselves is far more interesting, as they discuss the experience of making being in the movie, their homemade projects and their favorite films, as well as what they were up to following the movie's release. Unfortunately, the insight here further illustrates what's missing in the main feature.

A pair of short films made by the Argulos following their emergence from hiding, the Vice-backed Mirror Heart (6:35) and Window Feel (6:26), the production of which is seen as part of the film. Directed by Mukunda Argulo, both shorts show what their experience and creativity could result in once their world view was expanded, as they have an experimental feel and focus on emotion rather than story, displaying promise, vision and artistry.

"The Making of Mirror Heart" (16:09) offers an opportunity to see the Wolfpack at work and learn a bit more about them, as the featurette covers the pre-production effort (including the props and costumes) while also looking at the studio shoot. Helpfully, the idea is explained a bit, as are the influences that led to it.

The longest extra is the 20:04 "The Wolfpack Go to Hollywood", which documents their first trip to Los Angeles for a screening of the film at Cinefamily. Though they may have missed an opportunity to show the group's first ride on a plane, there's still plenty to see, as they hit the tourist sites and get to meet and spend some time with directors David O. Russell and William Friedkin, both of whom have a good time with the moment and offer some advice for a sextet of big fans. 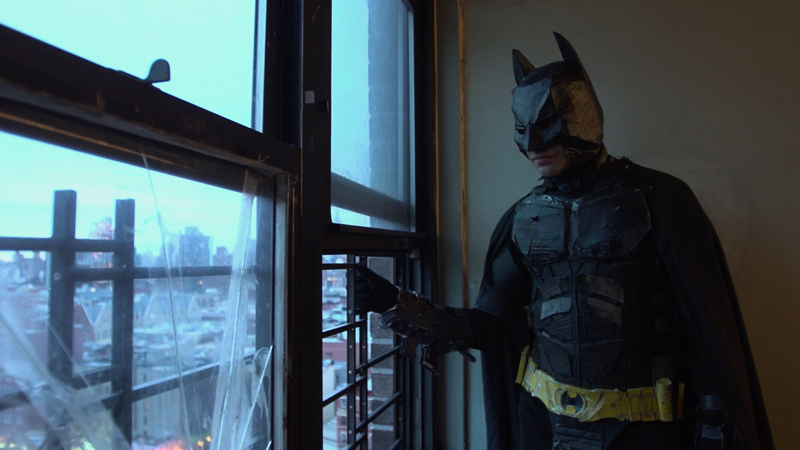 The Bottom Line
The Wolfpack features some genuinely fascinating subjects in the Argulos, but is either uninterested, unable or unwilling to chase their most interesting stories, leaving the viewer with more questions than any good documentary should leave unanswered. The presentation here is documentary-solid though, while a nice slate of extras provides more insight into the brothers' lives. Though ultimately disappointing, The Wolfpack is worth watching to meet these unique people.