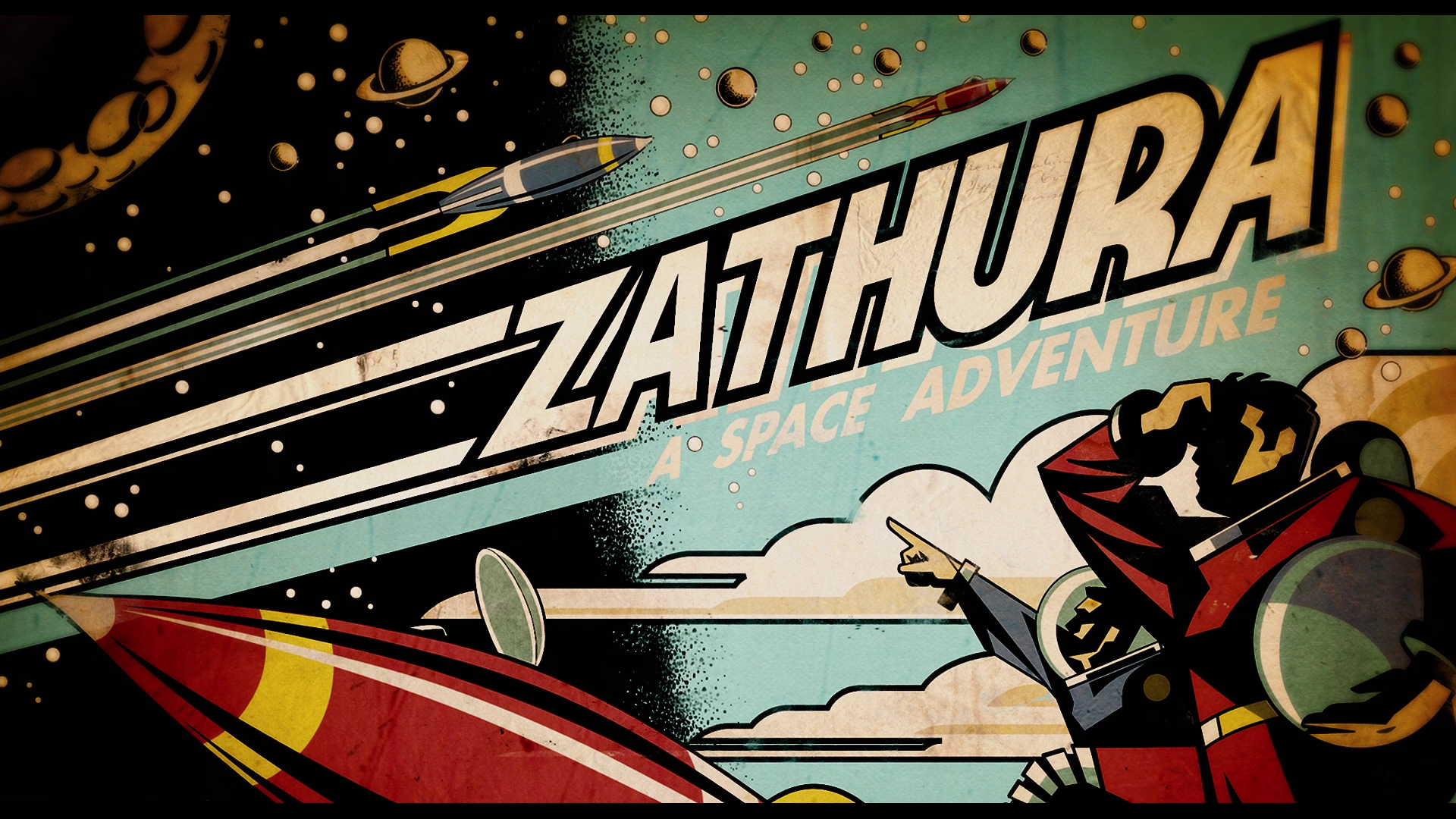 First there was Jumanji, then came Zathura: A Space Adventure. This underappreciated adventure from Director Jon Favreau met with critical acclaim but bombed at the box office. Thanks, Harry Potter! Zathura is not just a retread of Jumanji, either, as this board game-based adventure has its own rules and mythology. There are thematic similarities, sure, but that is to be expected since the source material is written by Chris Van Allsburg, who also penned "Jumanji." The film's special effects are excellent, and Favreau does a nice job wrangling his child actors, including a young Kristen Stewart. This is a rowdy, space Western adventure with real danger and excitement.

Danny Budwing (Jonah Bobo) is having a rough go at childhood. His dad (Tim Robbins) and mom split up, and his brother, Walter (Josh Hutcherson), is constantly annoyed at his presence. Danny finds a gear-driven, space-themed game called "Zathura" in a dusty corner of his basement, and goads Walter into playing. As the pieces move, the game spits out cards that warn of impending meteor showers and alien attacks. Meteors do begin raining down indoors, and the brothers discover their home is now floating on a rock in the middle of space. Their sister, Lisa (Stewart), is initially incredulous, but is shocked to discover the void outside the kitchen window. Everyone panics until an astronaut (Dax Shepard) shows up with strategies to beat the game. 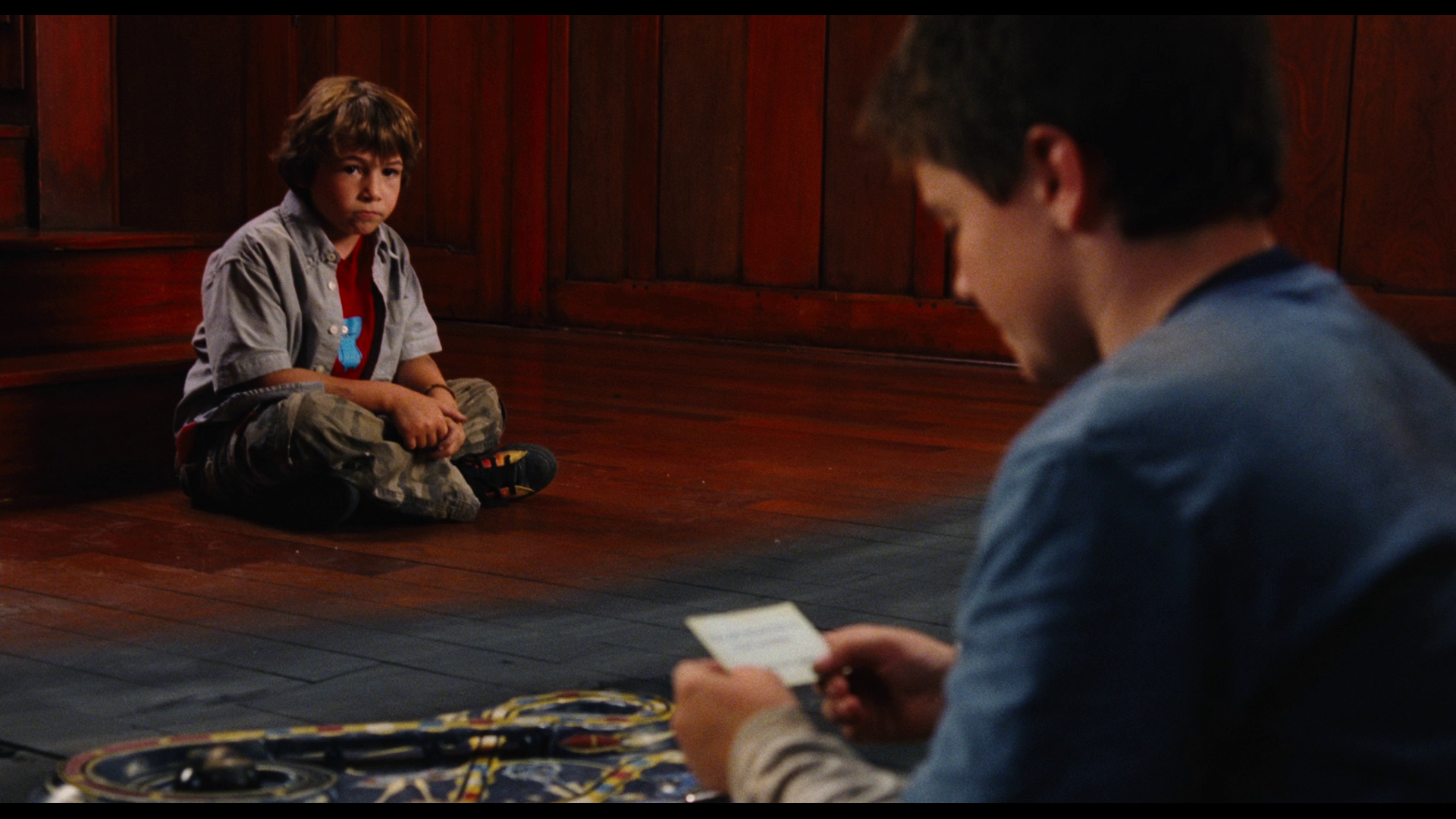 Favreau manages to capture the spirit and imagination of childhood in this 101-minute film. Walter, Danny and Lisa actually act like kids/siblings. They bicker, encourage one another, and seek solace together during times of danger. Walter and Danny's early interactions are a little irritating, but Hutcherson and Bobo play well together in space. They buddy up to keep Lisa from freaking out, and Shepard becomes the object of Lisa's eye. The prologue with Robbins is fairly short, but Favreau accurately replicates the frustrating block in communication between parent and child that can deeply wound each party. Zathura does not trivialize childhood fears and desires, and that makes it appealing to both children and adults.

The first hour of Zathura is a rollicking back-and-forth between Danny and Walter as they play the game and avoid its obstacles. They manage to destroy the house they hate, which triggers instant regret and a longing to return to earth and their father. There is a late-game revelation that makes little sense, but at that point I was so entertained that I can forgive Zathura for reaching. This pre-Iron Man directorial effort from Favreau has excellent production design and cinematography from Guillermo Navarro. The decade-old effects are surprisingly effective, and the $65-million budget is definitely all on screen. The child actors are unusually good, especially Hutcherson, and Shepard is an effective, comedic guide. Zathura: A Space Adventure rumbles and rolls, providing entertainment to all who seek adventure. 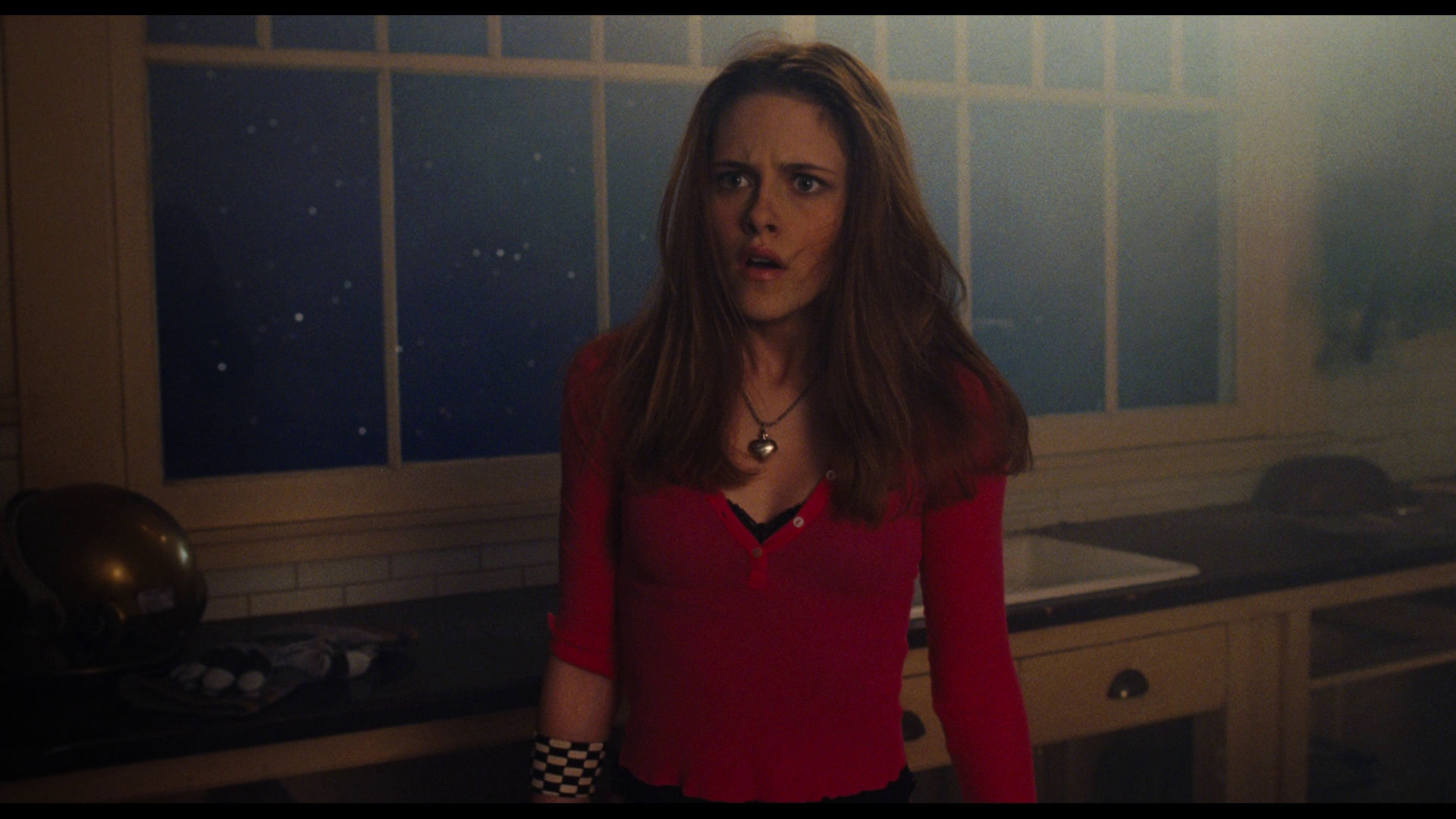 The 1.85:1/1080p/AVC-encoded image appears identical to that on the earlier Blu-ray. Colors are bold and well saturated, and blacks are inky. Fine-object detail, clarity and sharpness are usually strong, although a smidge of softness appears intermittently. There is some definite DNR on faces in a few shots, and that detracts from the overall presentation.

The 5.1 DTS-HD Master Audio mix is quite loud and boisterous. That's not to say it's overkill, as the dialogue, score and effects are layered appropriately, and both range and fidelity are impressive. Sound pans are frequent and effective, and the subwoofer supports space battle and meteor shower mayhem. Dialogue is clear and without distortion, and the score resonates. 5.1 Dolby Digital dubs are included in French, Japanese, Portuguese, Spanish and Thai, and there are a plethora of subtitle options. 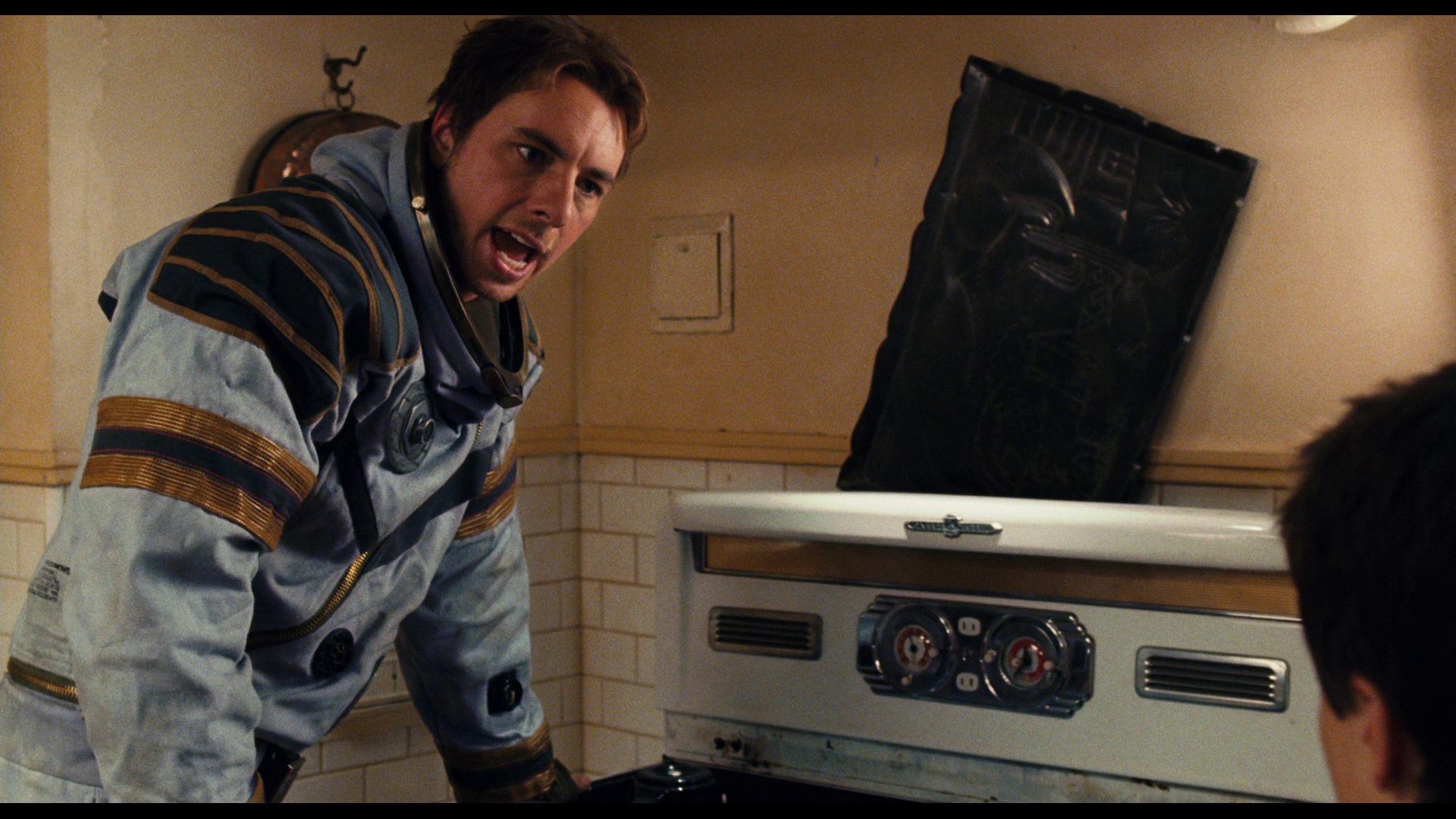 This single-disc release is packed in a Vortex case with matching slipcover. Bonus features include A Race Through Space: Virtual Board Game; an Audio Commentary by John Favreau and Co-Proudcer Peter Billingsley; and several featurettes: Race to the Black Planet (11:55/SD), The Right Moves: The Making of Zathura (14:56/SD), The Cast of Zathura (12:51/SD), Miniatures and the World of Zathura (9:48/SD), The World of Chris Van Allsburg (12:52/SD), Zorgons, Robots and Frozen Lisa (16:42/SD), and Making the Game (14:01/HD). New items include Zathura Motion Storybook as Read by Author Chris Van Allsburg (17:39/HD); a Goosebumps Sneak Peek (3:01/HD); The Cast of Goosebumps Reflects on Zathura (5:18); and the Theatrical Trailer (2:32/HD).

Director Jon Favreau crafts an excellent space adventure with a board game-centric plot that complements Jumanji instead of copying its charms. A young Josh Hutcherson and Kristen Stewart appear, and the special effects and action are impressive. Adventure and excitement await, and the Blu-ray is loaded with bonus features. Highly Recommended. 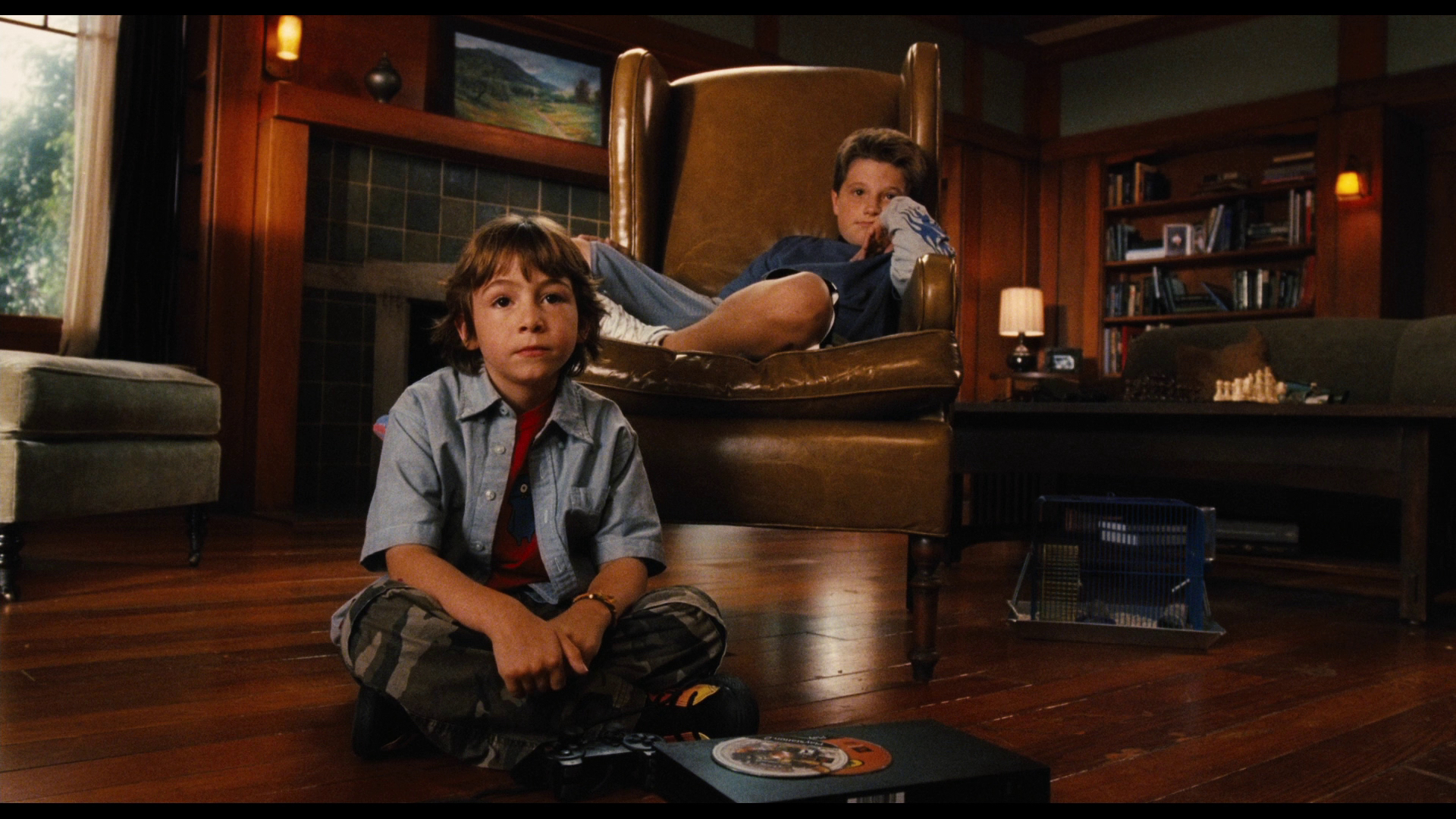 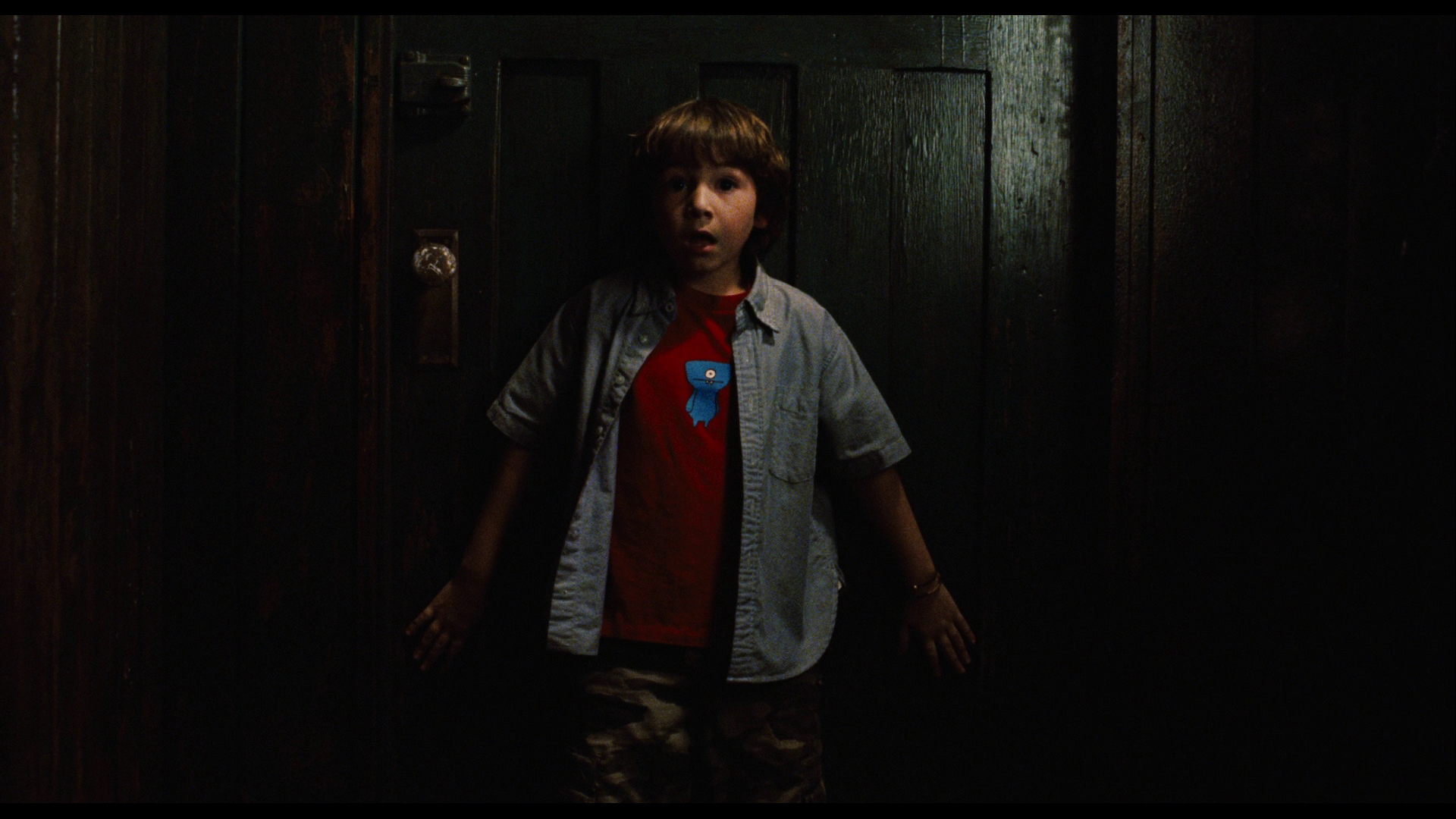 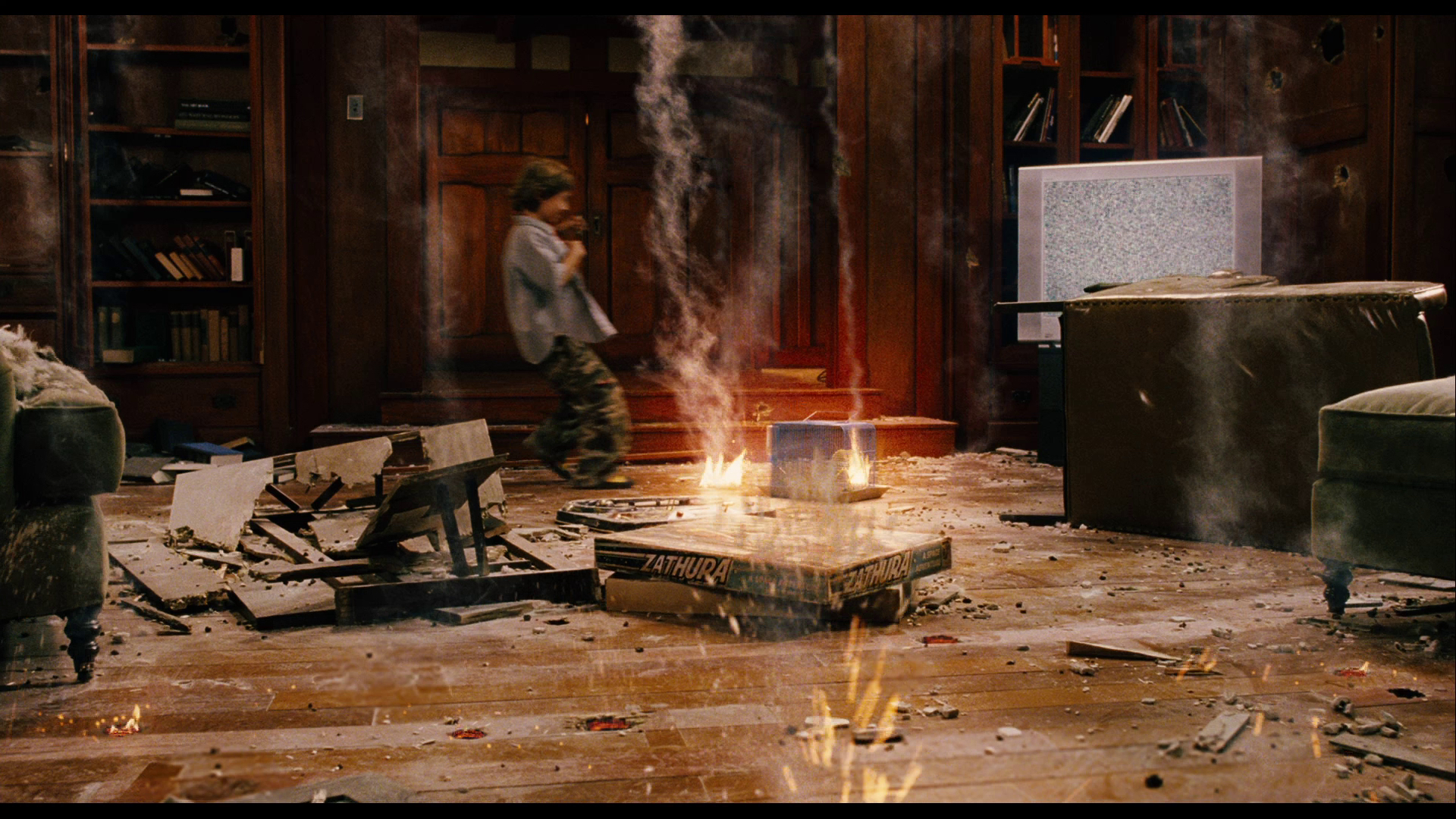 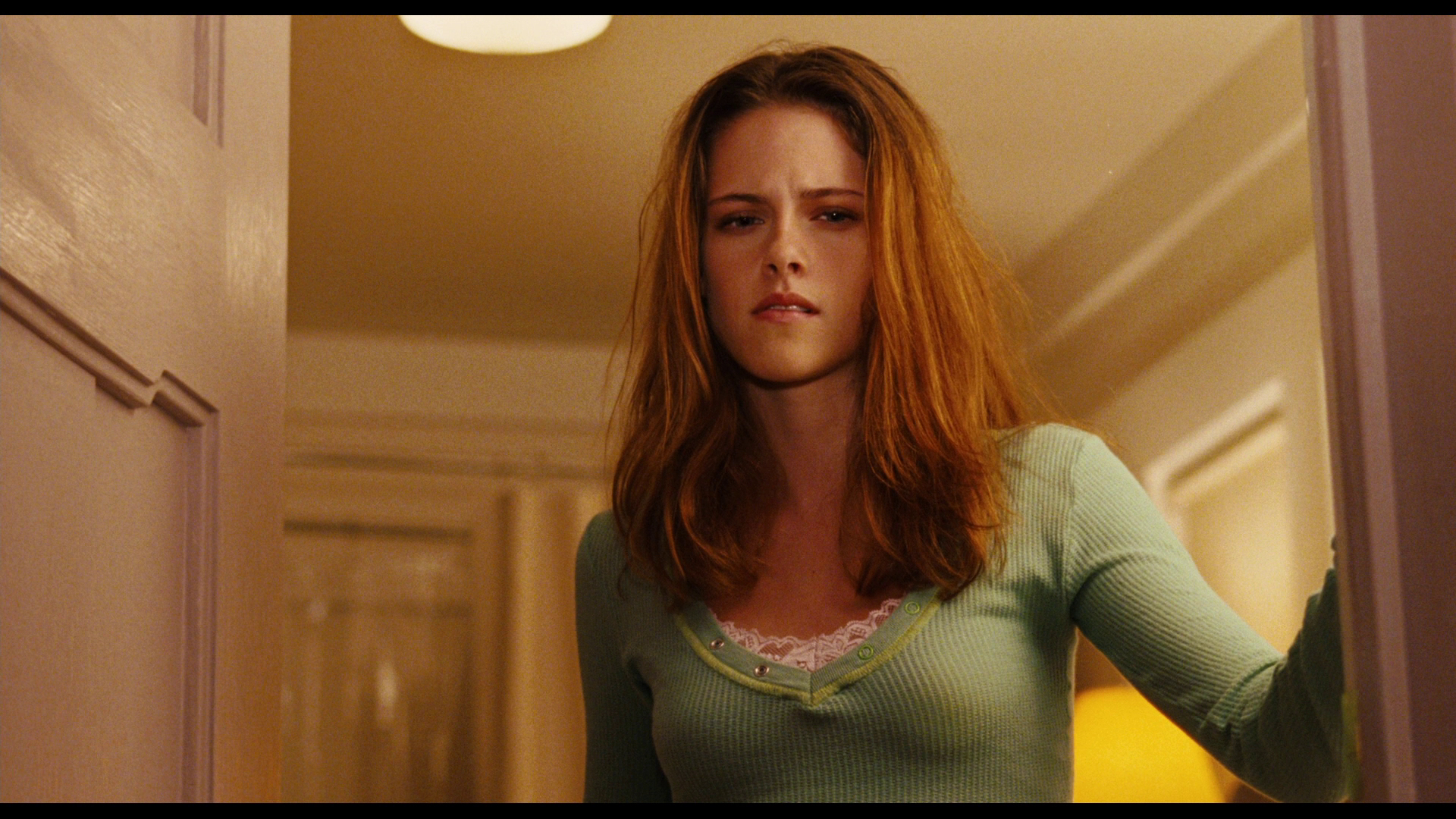 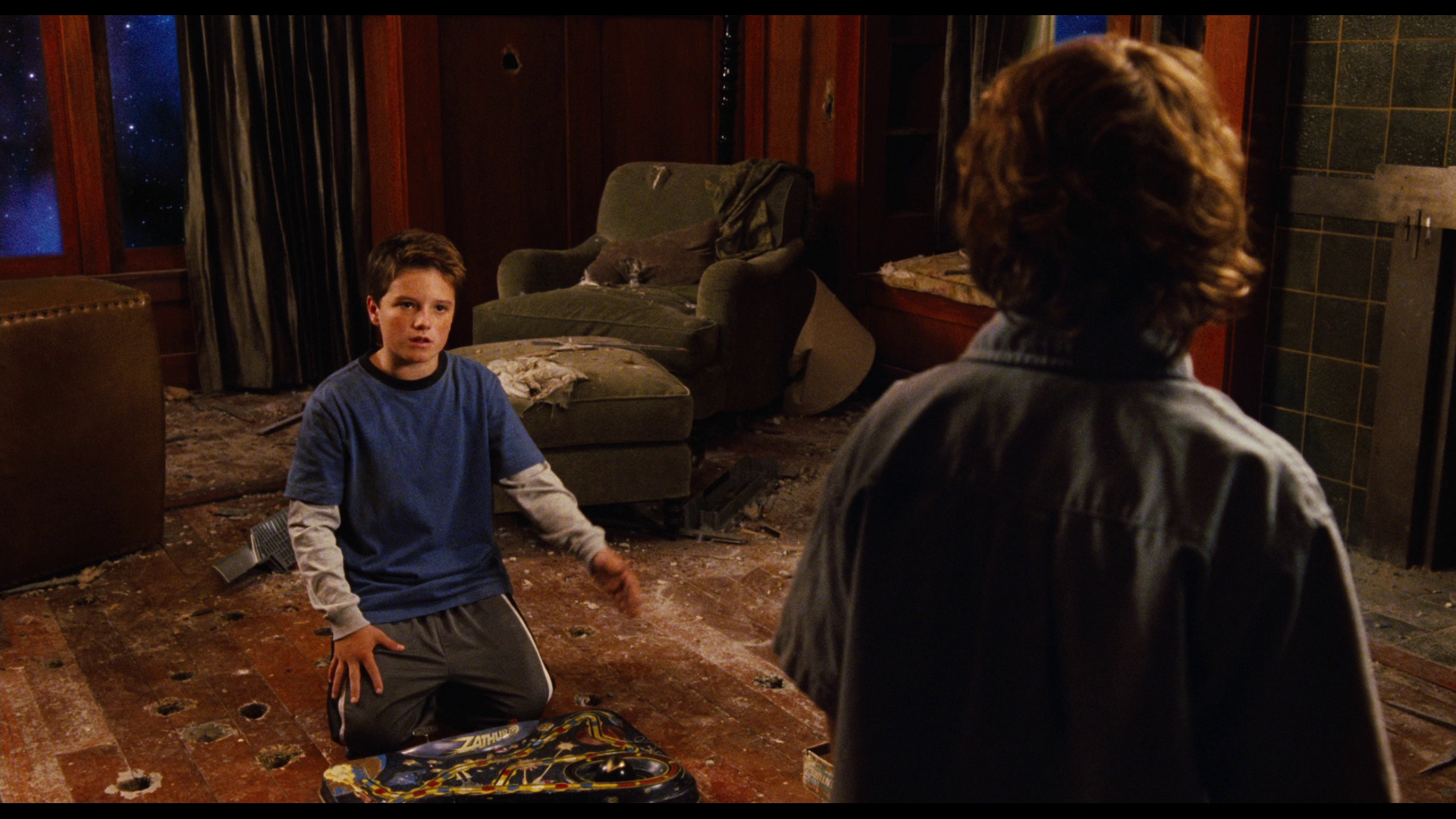 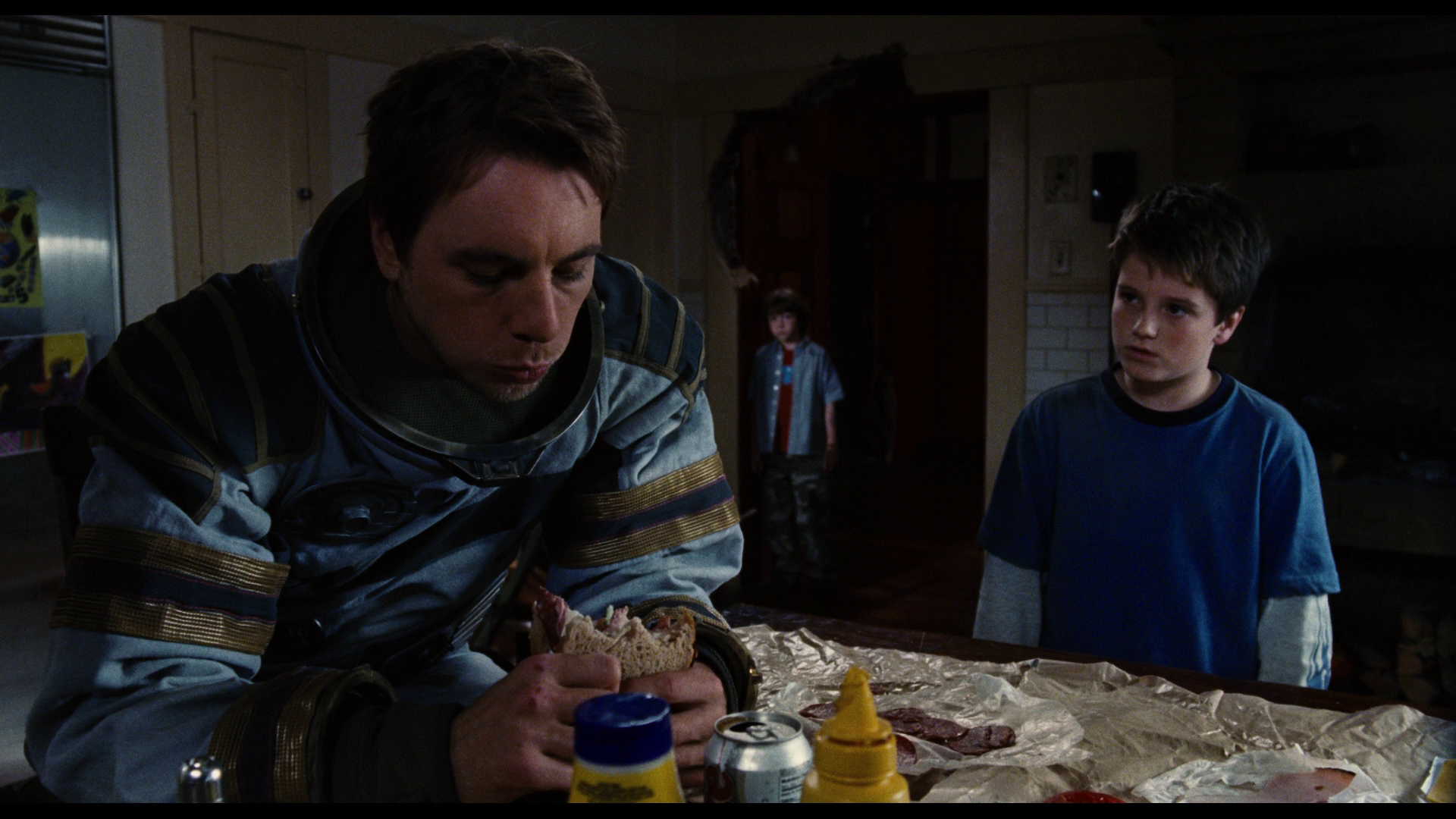 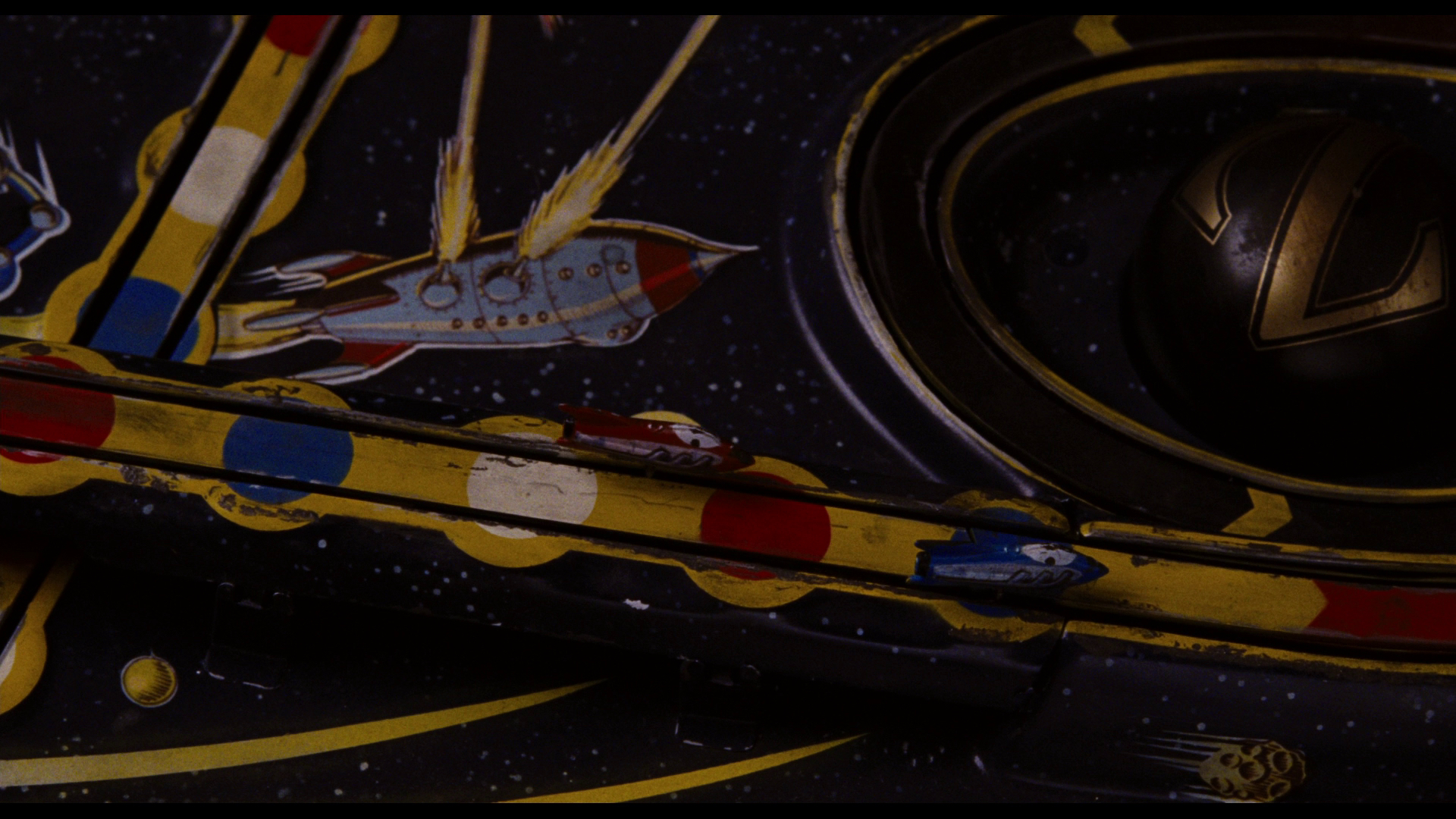 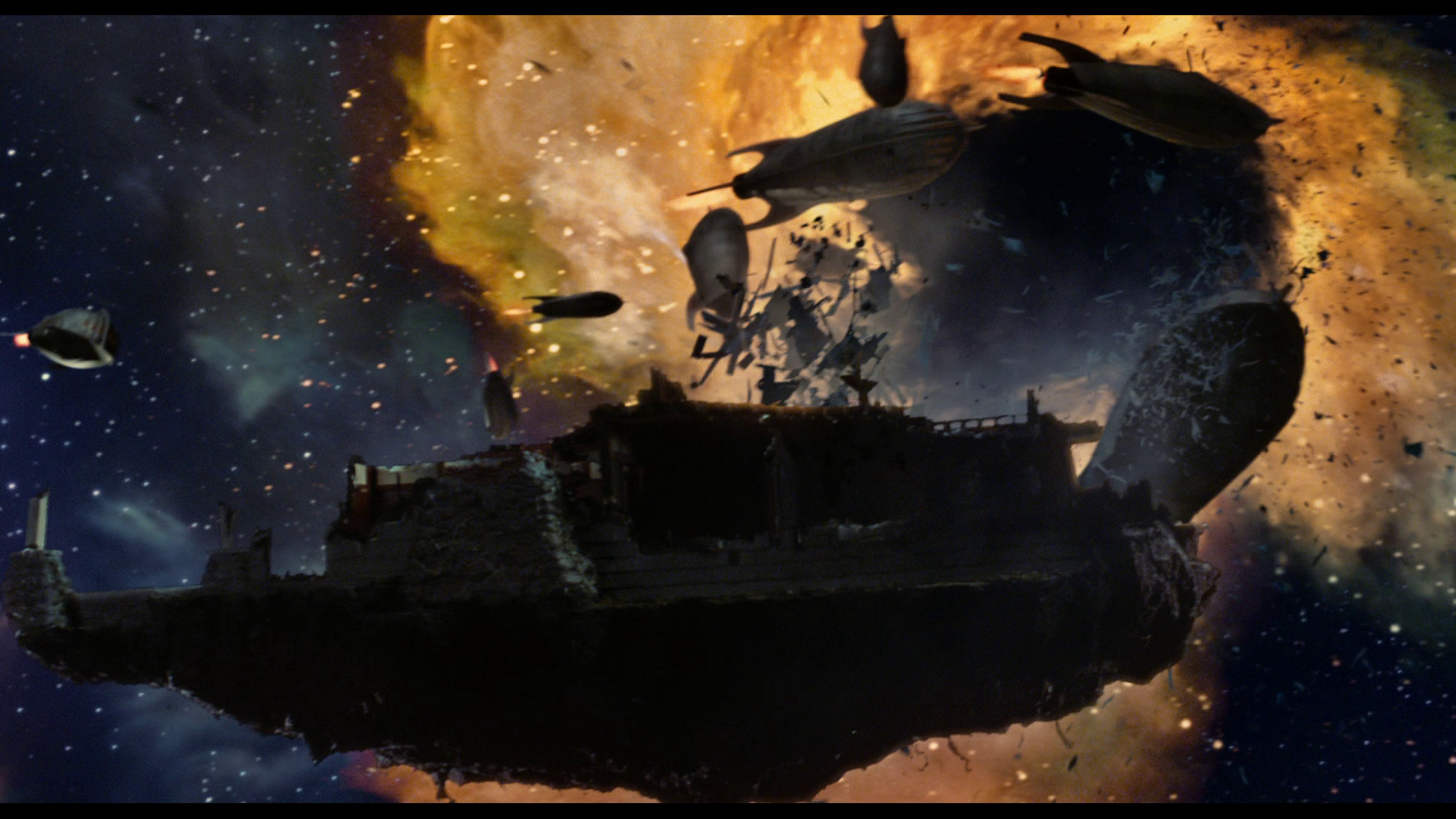