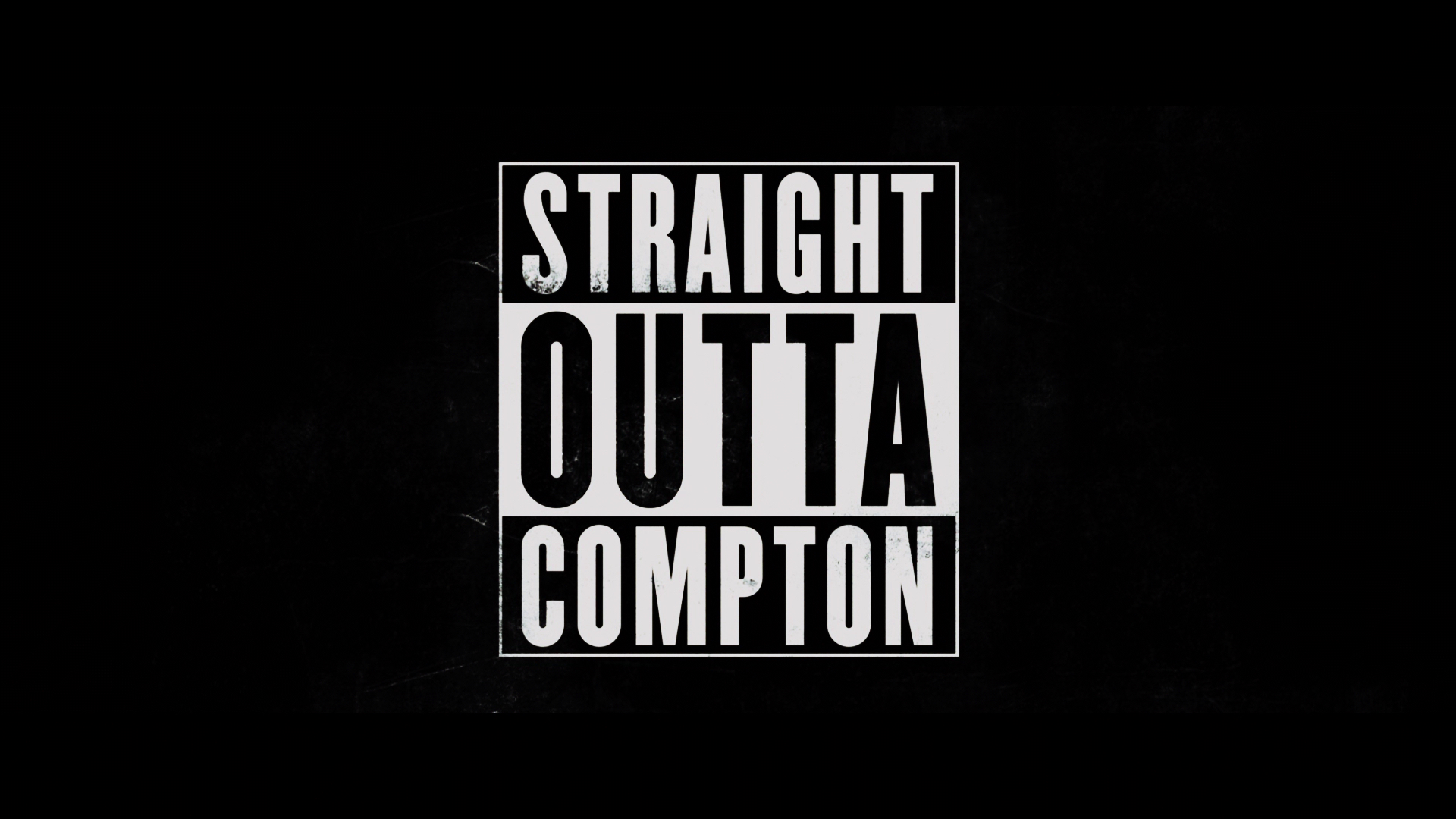 F. Gary Gray's Straight Outta Compton manages to sustain the rapid-fire energy of N.W.A.'s raps throughout its 147 minutes. This impressively acted, thoroughly entertaining biopic chronicles the rise and fall of the Compton rap group, led by Eazy-E, Dr. Dre and Ice Cube. The cast of unknowns is the film's best asset, though these men will soon be household names if these performances are any indication of their talents. O'Shea Jackson Jr., son of the real Ice Cube, steps into his father's shoes here; Corey Hawkins plays a young Dr. Dre; and Jason Mitchell steals the show as the tragic, charismatic Eazy-E. This three-act drama chronicles the group's professional and personal struggles, and Gray incorporates contemporaneous historical events and cameos from industry icons Suge Knight, Tupac and Snoop Dogg. The screenplay, from Jonathan Herman and Andrea Berloff, is dense but accessible, and Straight Outta Compton proves a fascinating time capsule of both N.W.A. and the world in which they lived.

The film opens as Eric Wright, aka Eazy-E, escapes an L.A.P.D. drug raid, setting the stage for the militant, Rodney King-era of law enforcement in Los Angeles. Andre "Dr. Dre" Young is kicked out of his house for failing to land a steady job, and Ice Cube cuts his teeth at club performances before joining Dr. Dre and Eazy-E at Ruthless Records. The men are recruited by manager Jerry Heller (Paul Giamatti), and begin writing songs alongside MC Ren (Aldis Hodge), DJ Yella (Neil Brown Jr.), Arabian Prince (Brandon Lafourche) and The D.O.C. (Marlon Yates Jr.). Their debut album, "Straight Outta Compton," meets universal acclaim, and N.W.A. continues writing songs based on personal experiences, including the controversial anthem "Fuck tha Police." Relationships within the group begin to strain thanks to Eric's allegiance to Jerry, who treats Ice Cube like a back-up emcee and refuses to rewrite his contract. 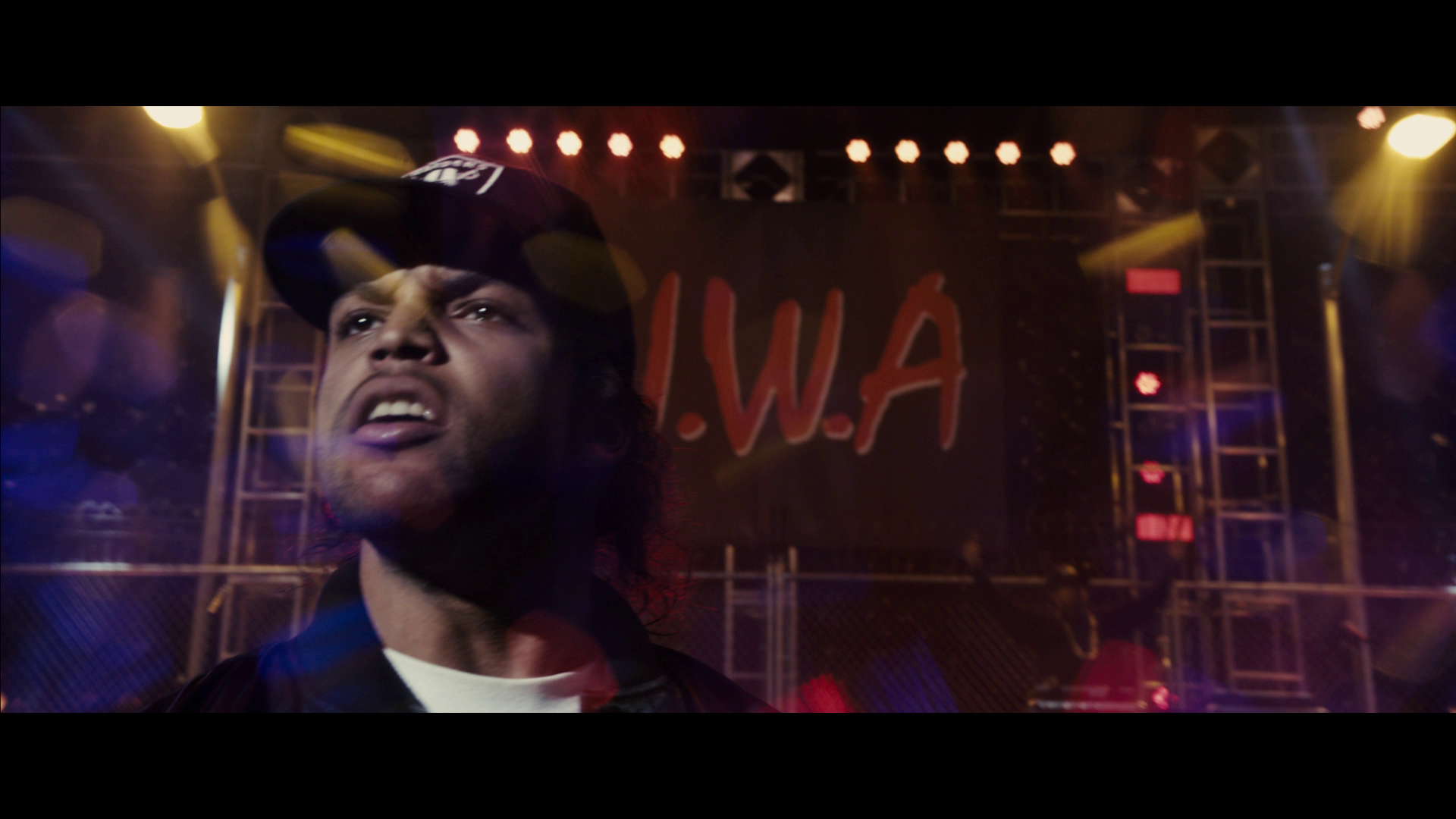 Gray layers Straight Outta Compton with an undercurrent of distrust; toward corrupt law enforcement officers, opportunistic record company execs, and anyone who wants to commercialize the raw talents within N.W.A. Jerry wines and dines Eric, nurturing his talent and stage personality, but virtually ignores the rest of the group. Ice Cube is the first to quit, followed by Dr. Dre, to Suge Knight's Death Row Records. Straight Outta Compton is about the opposing forces, from within and without, that shaped N.W.A. I earned my licks in the early 1990s, sneaking these parental advisory adorned albums home, so it is fascinating to see a visual depiction of the friendships and rivalries. That Eazy-E would die of complications from AIDS before N.W.A. could fully reunite is the film's tragic reality, and Gray never ignores the collateral damage during N.W.A.'s rocket ride to the top.

Straight Outta Compton is an effective biopic filled with memorable moments. Rap fans will enjoy the studio sessions, when the beats of "Express Yourself," "Straight Outta Compton," and Tupac's "California Love" are hammered out. There is also the juicy side drama between Dr. Dre and Suge Knight, whose brutality went long unpunished. There are quiet scenes when Eric breaks down to his future wife, Tomica Woods (Carra Patterson), and his ultimate AIDS diagnosis and demise is made nearly unbearable by Mitchell's pitch-perfect, anguished reaction. Gray never overwhelms with historical sidebars, but his inclusion of the 1992 L.A. riots, an event highlighted by a visual depiction of the truce between Crips and Bloods, is powerful motivation for N.W.A. 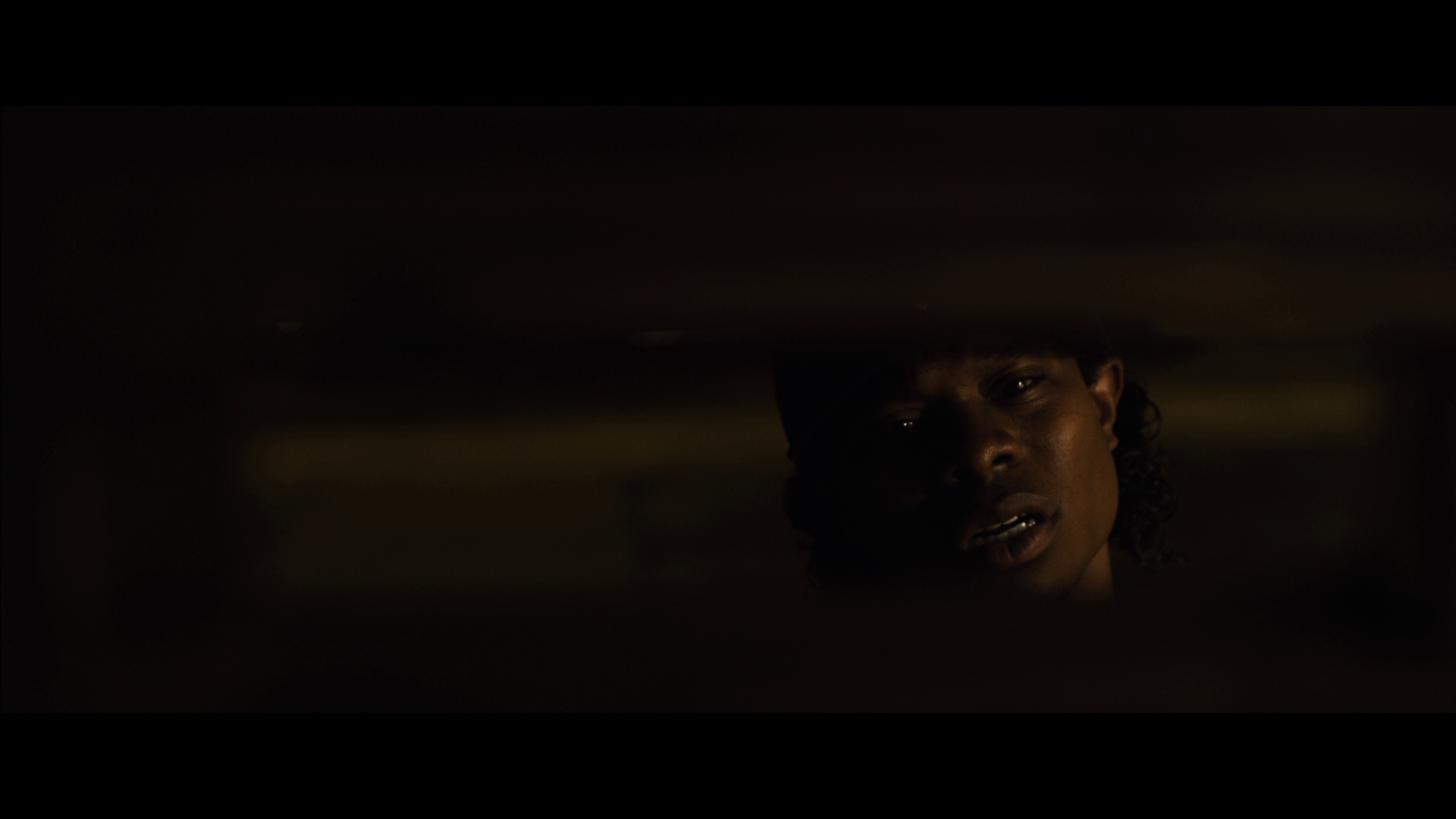 The film's performances are strong across the board, particularly from the three leads and Giamotti, playing against type. Mitchell's work is startlingly intimate, and Hawkins brings humor and humanity to Dr. Dre, though Straight Outta Compton never focuses on Dre's later domestic-violence woes. Jackson is a spitting image of his father, and he embodies the rapper's mannerisms and swagger in near-perfect fashion. Gray and his production team unleash the lively hangers-on during wild parties and hotel dalliances, and the production design is excellent both on-stage and off. There is a lot going on in Straight Outta Compton, and the film rewards rap fans and the casual audience with a genuine, involving portrait of several highly influential and talented artists.

Universal provides an excellent 2.40:1/1080p/AVC-encoded transfer. Clarity and sharpness are excellent, and there is plenty of fine-object detail and texture on display in Compton's buildings and recording studios. This is dark, gritty film with splashes of color and light in outdoor scenes. Color saturation is strong, and black levels never waver. Shadow detail is excellent, and I noticed only very minor banding from the digitally sourced photography.

The 5.1 DTS-HD Master Audio soundtrack is massive and immersive, with wonderful depth and range. Dialogue is crystal clear, whether delivered from the center channel or the surrounds. Music is integral to the production, and the lossless soundtrack treats viewers to perfectly mixed tracks and thumping bass. The crowd noise during concerts and incoming police threats pan the surrounds, and the music never overpowers the dialogue. This is one of the best surround mixes I have heard in some time. Spanish and French 5.1 DTS dubs are included, as are English SDH, French and Spanish subtitles.

This two-disc "combo pack" includes the Blu-ray, a DVD copy and codes to redeem iTunes and UltraViolet HD digital copies. The discs are packed into a standard case, which is wrapped in an embossed slipcover. The Blu-ray includes both the theatrical version (2:26:44) and the unrated extended cut (2:46:44). I watched the extended version, and it seemed to flow very well. The disc includes a few Deleted Scenes (5:40 total/HD) and a Deleted Song Performance (1:28/HD). N.W.A. - The Origins (3:49/HD) features interviews with surviving members and the crew, and Impact (1:35/HD) is a short piece on the group's cultural impact. Director's Journey (3:22/HD) focuses on shooting the L.A. riots scene, and The Streets: Filming in Compton (6:03/HD) sees the crew recreating the late '80s L.A. suburb. Things wrap up with N.W.A. Performs in Detroit (4:54/HD), with more group interviews; Becoming N.W.A. (8:30/HD), about the actors; and an excellent Audio Commentary from F. Gary Gray. 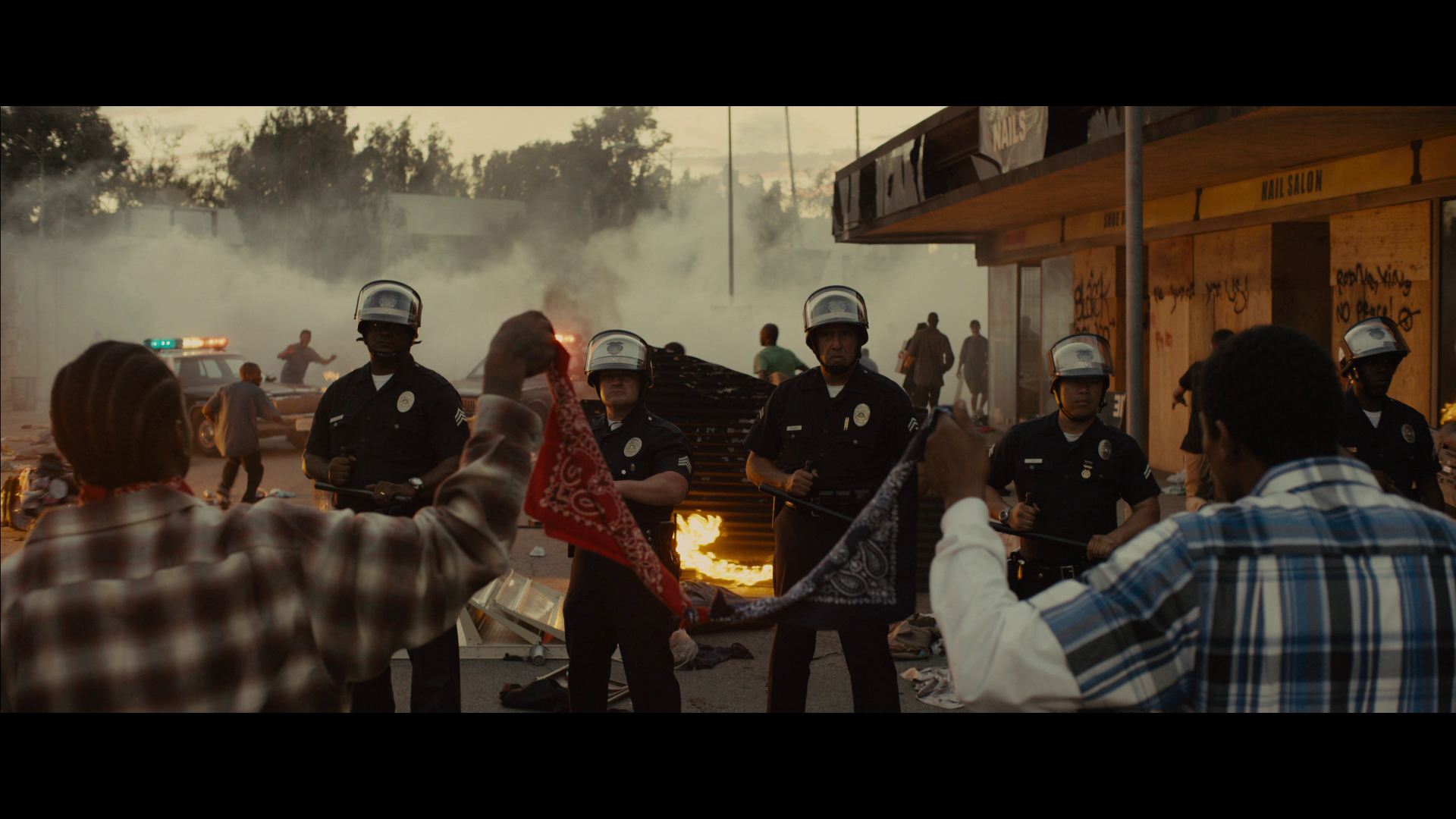 This wonderfully acted, consistently entertaining biopic about influential rap group N.W.A. is confidently directed by F. Gary Gray and features a string of powerful performances. Gray incorporates historical background into this dense but accessible story, which will appeal to rap fans and casual audiences alike. The Blu-ray's technical specs are tremendous, and the bonus features are somewhat light but effective. Highly Recommended. 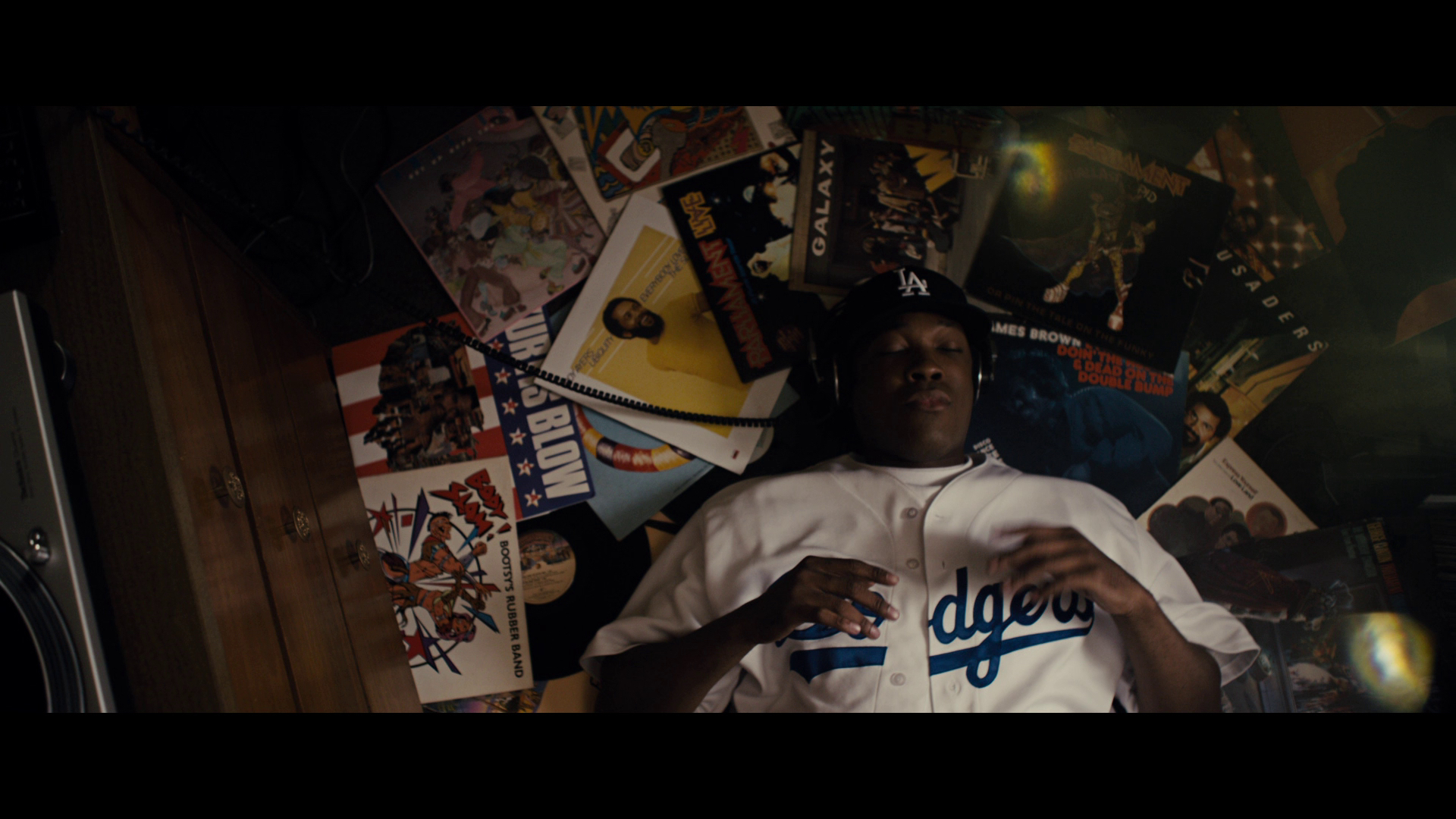 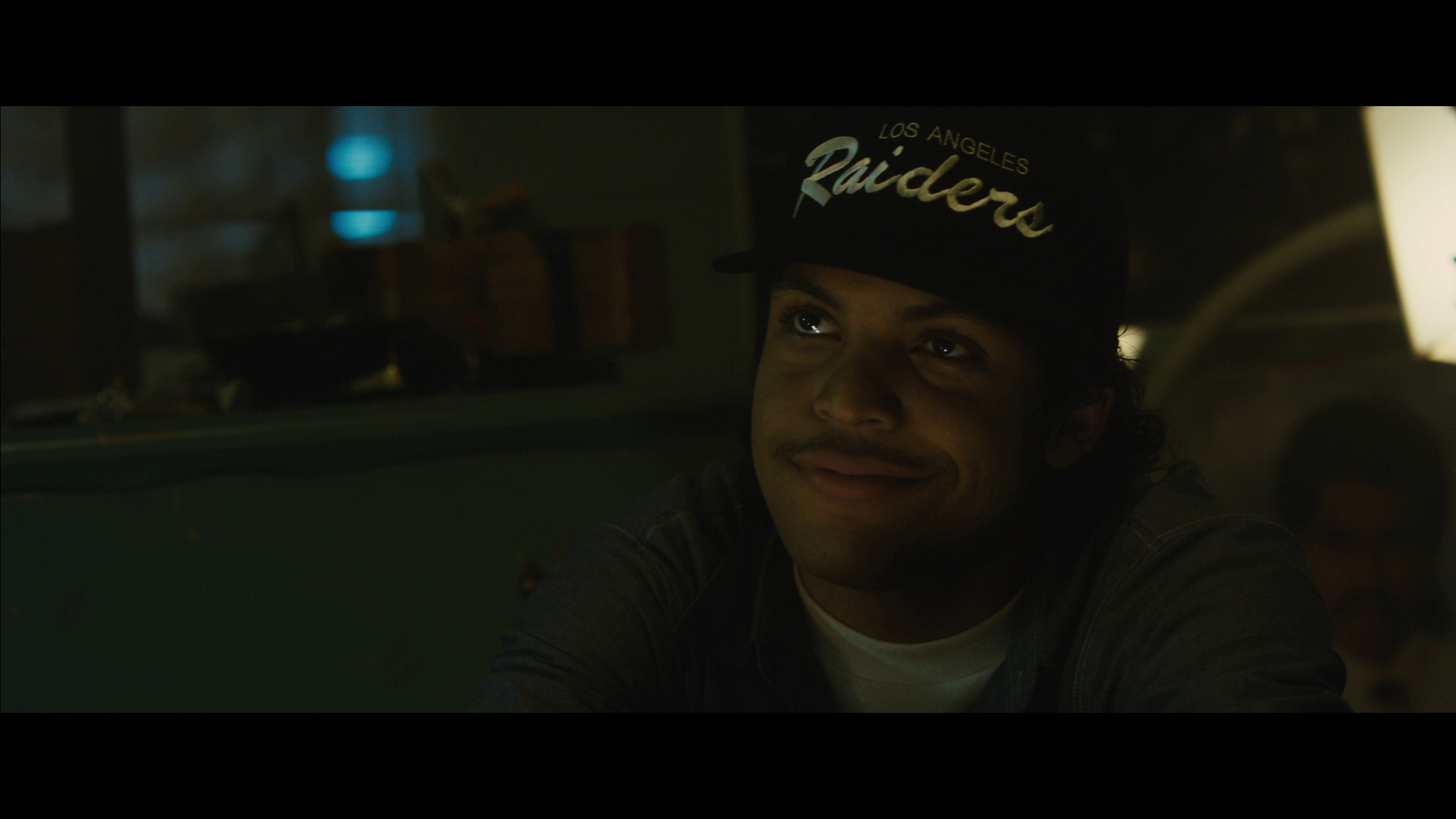 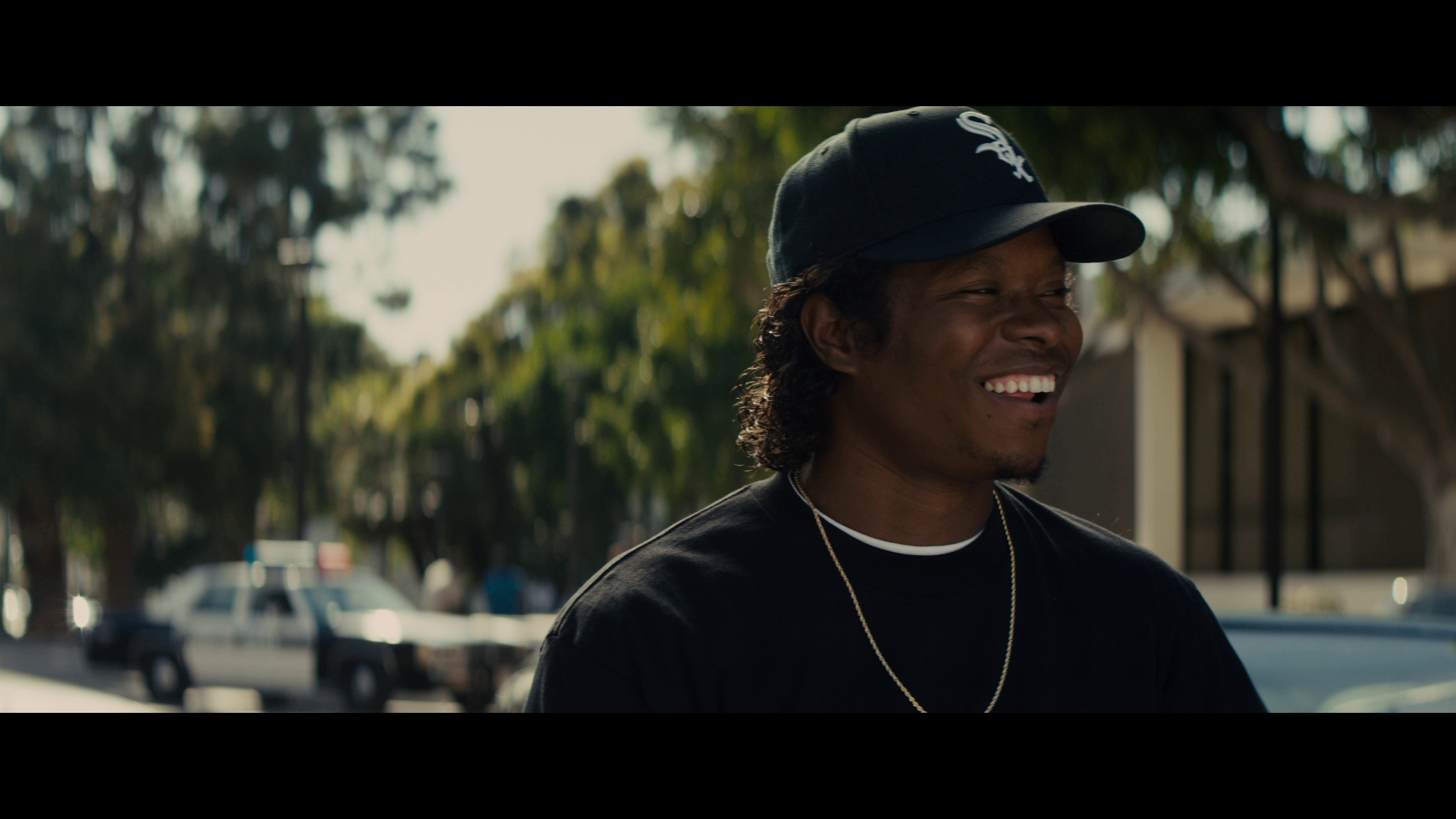 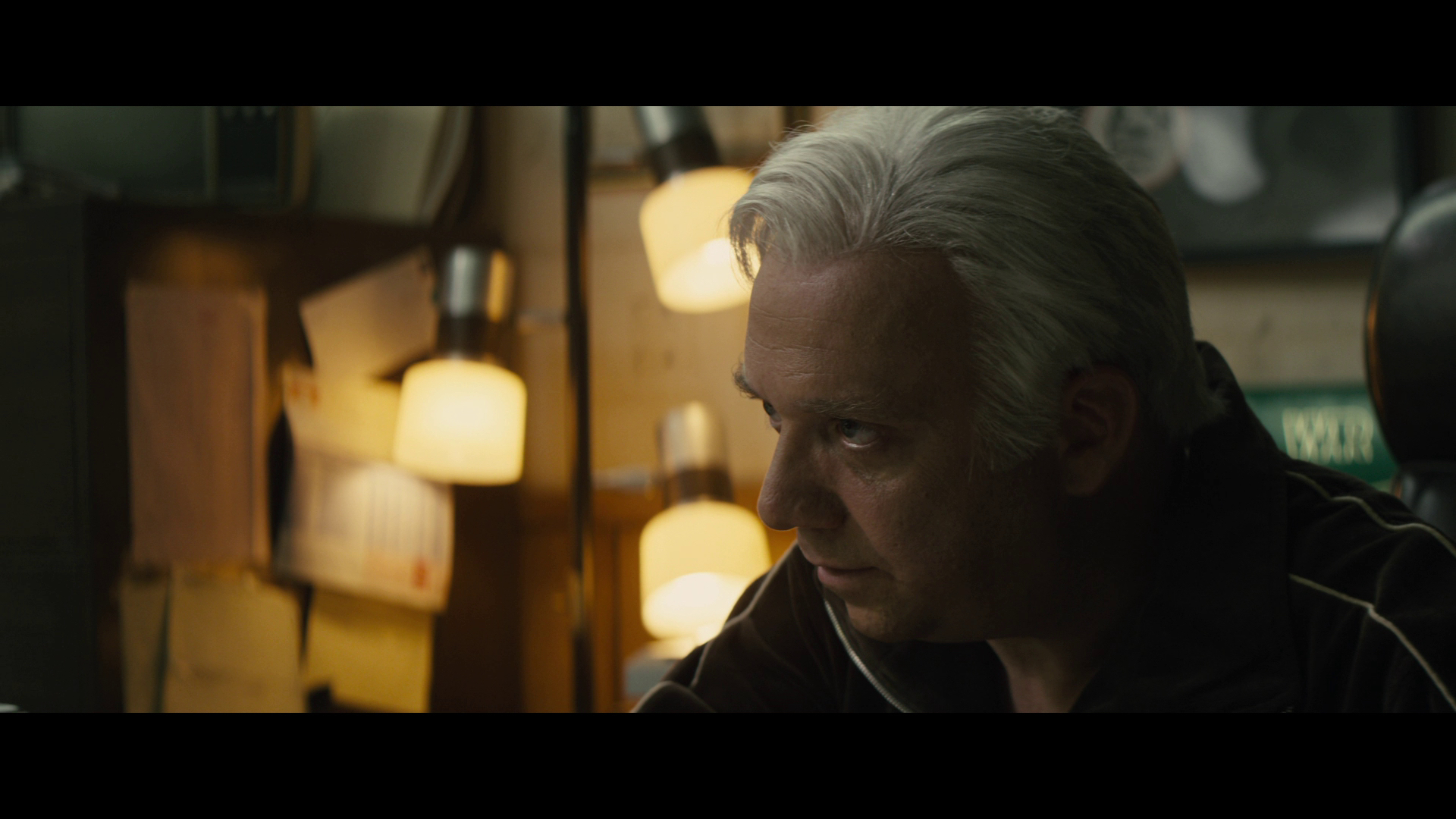 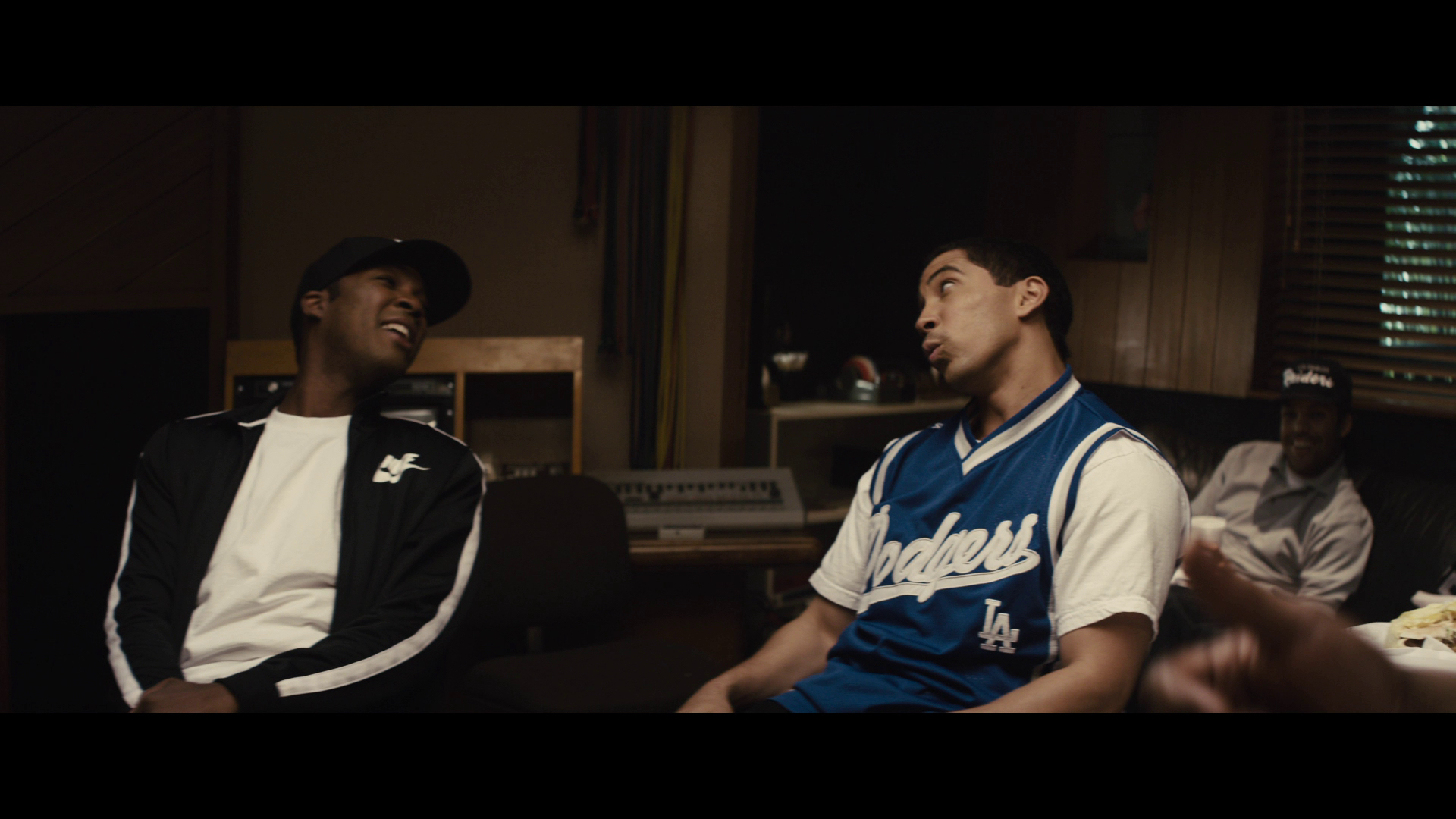 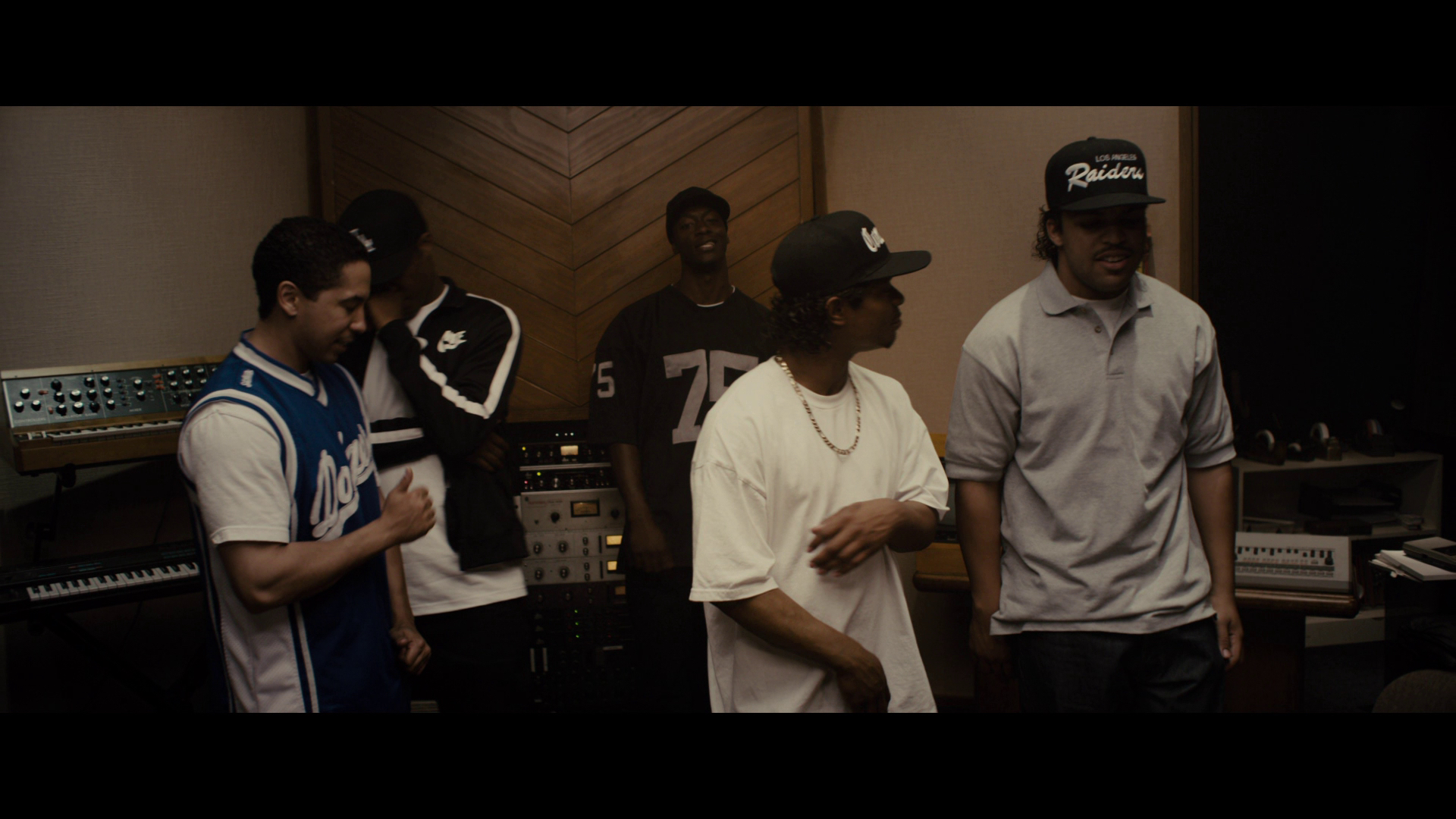 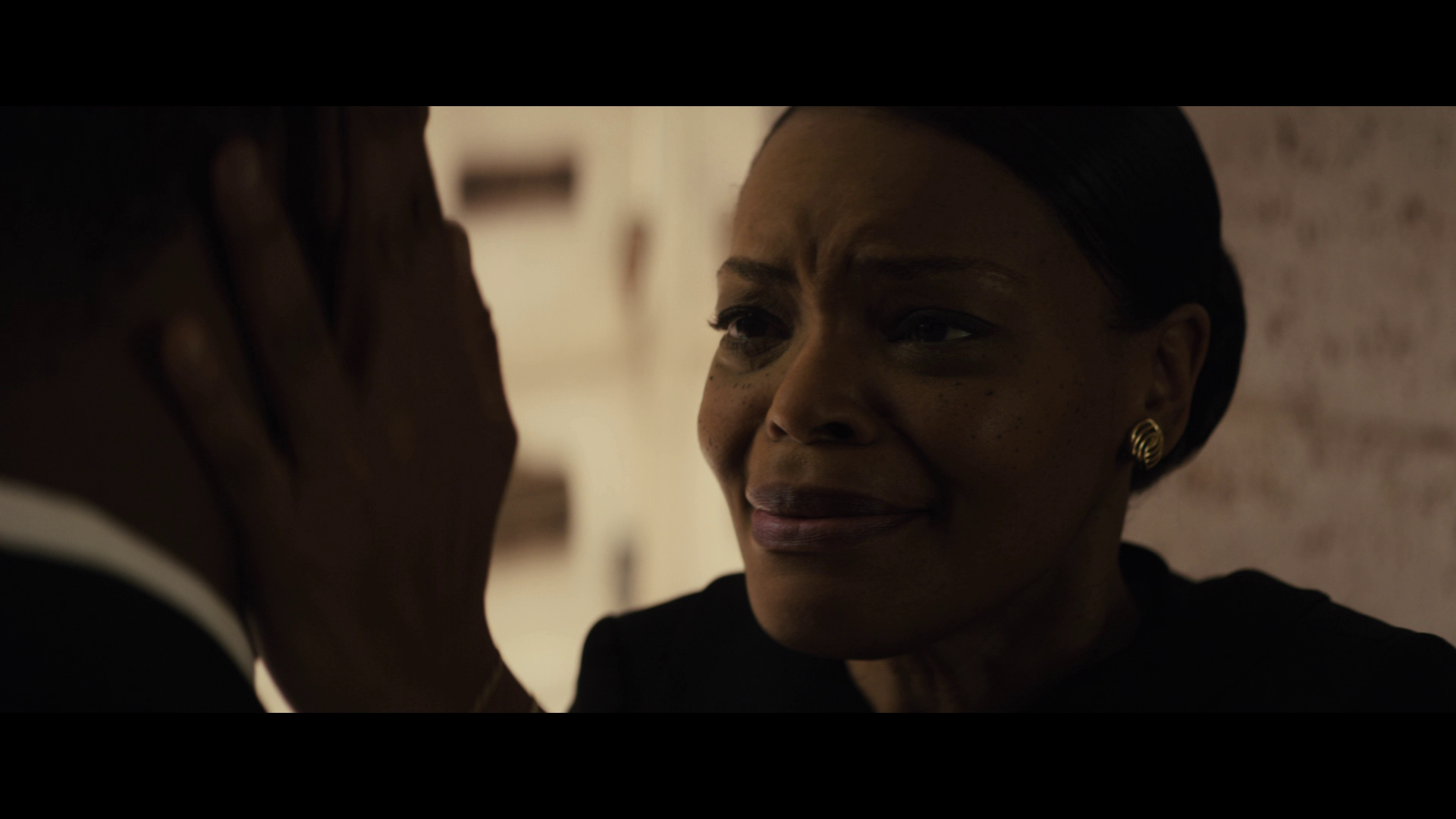 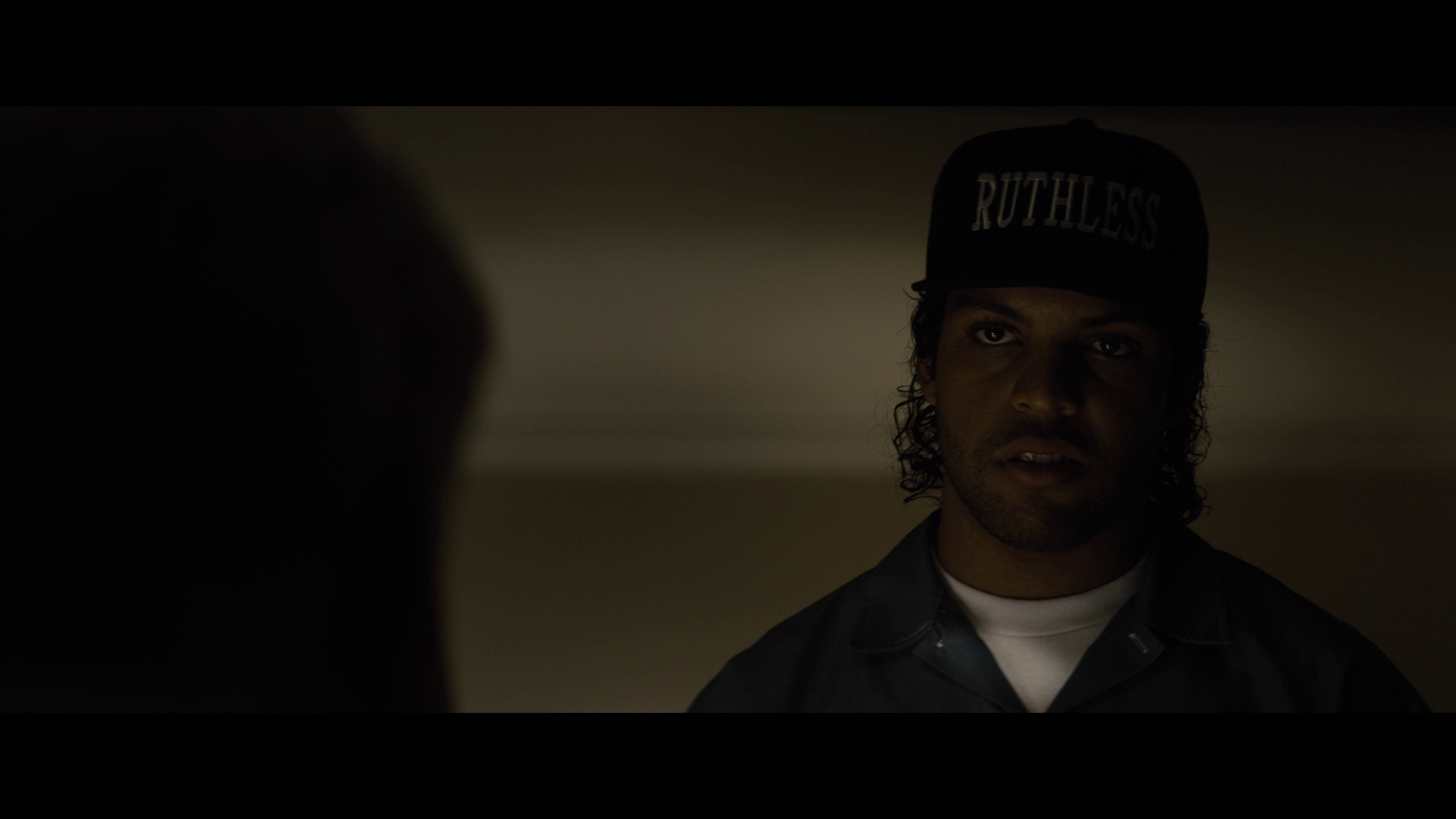 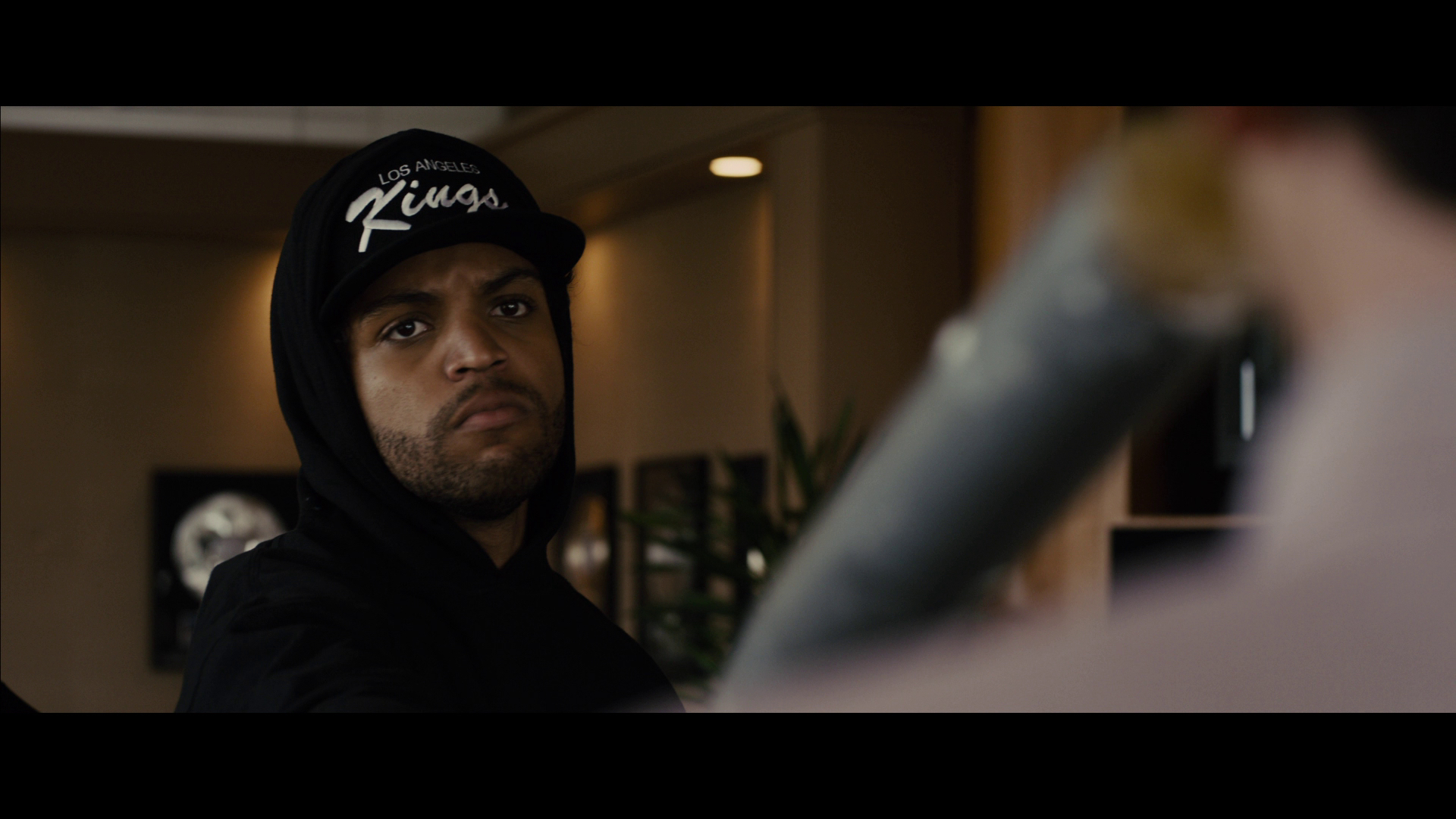 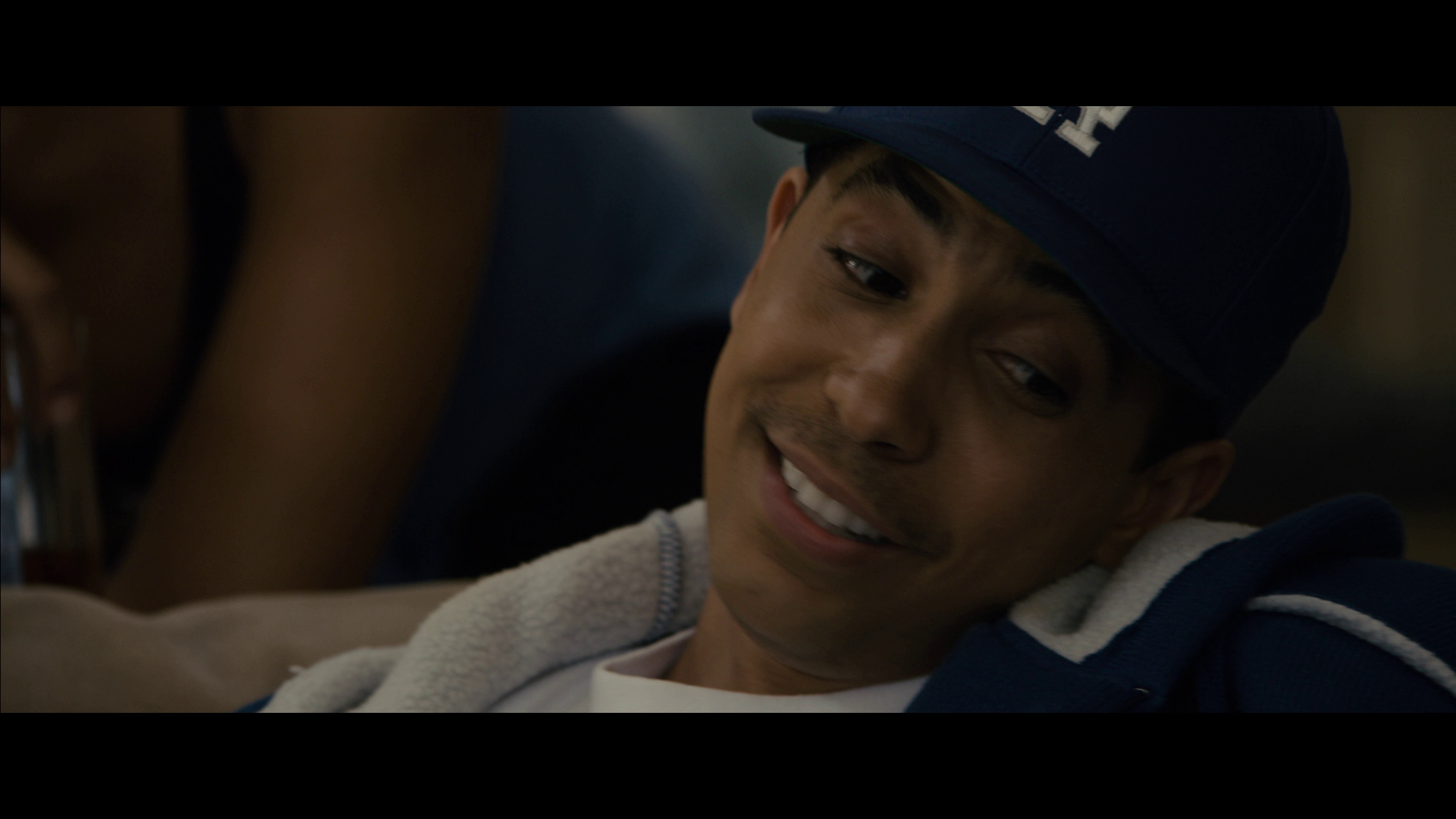 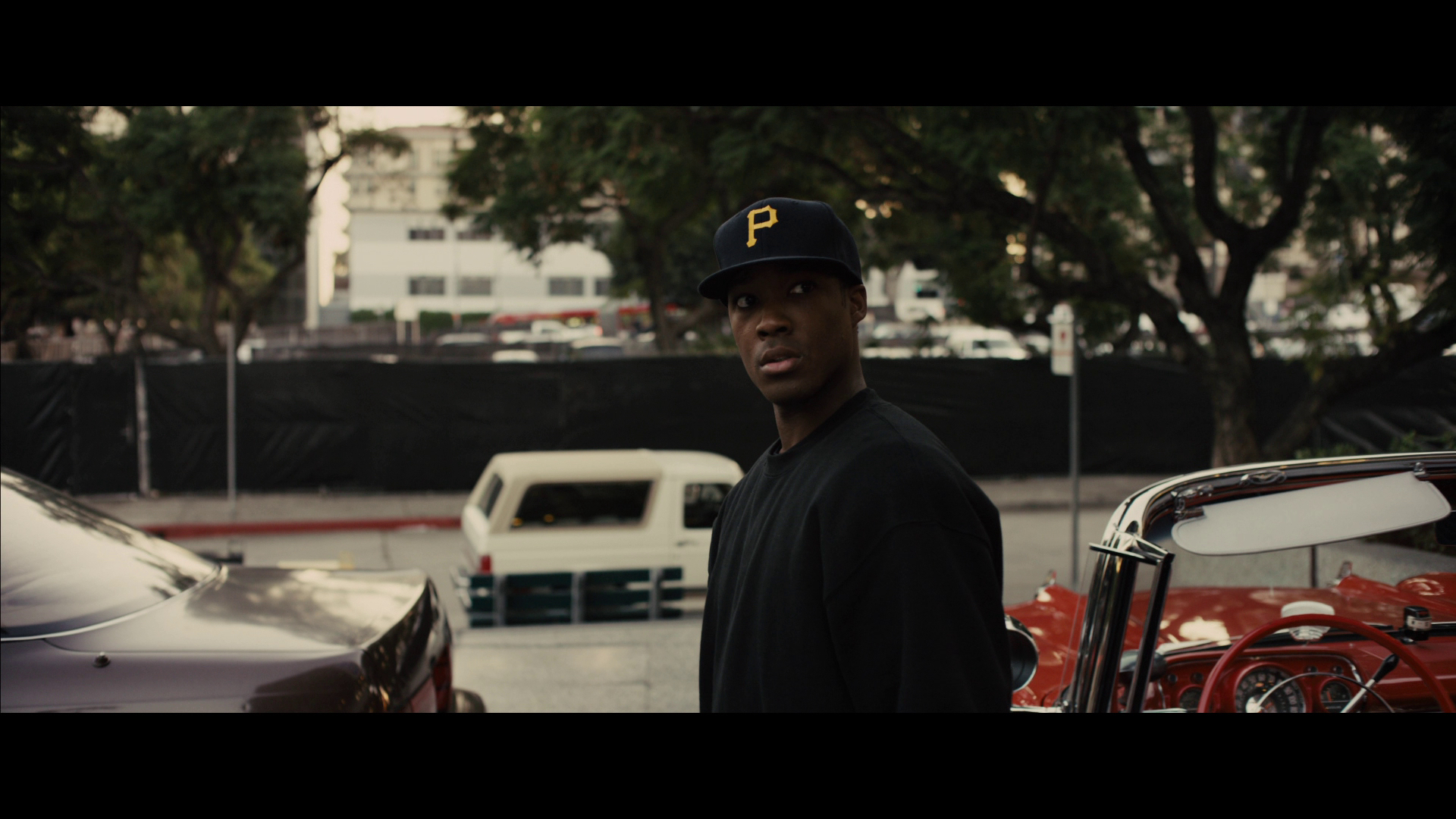 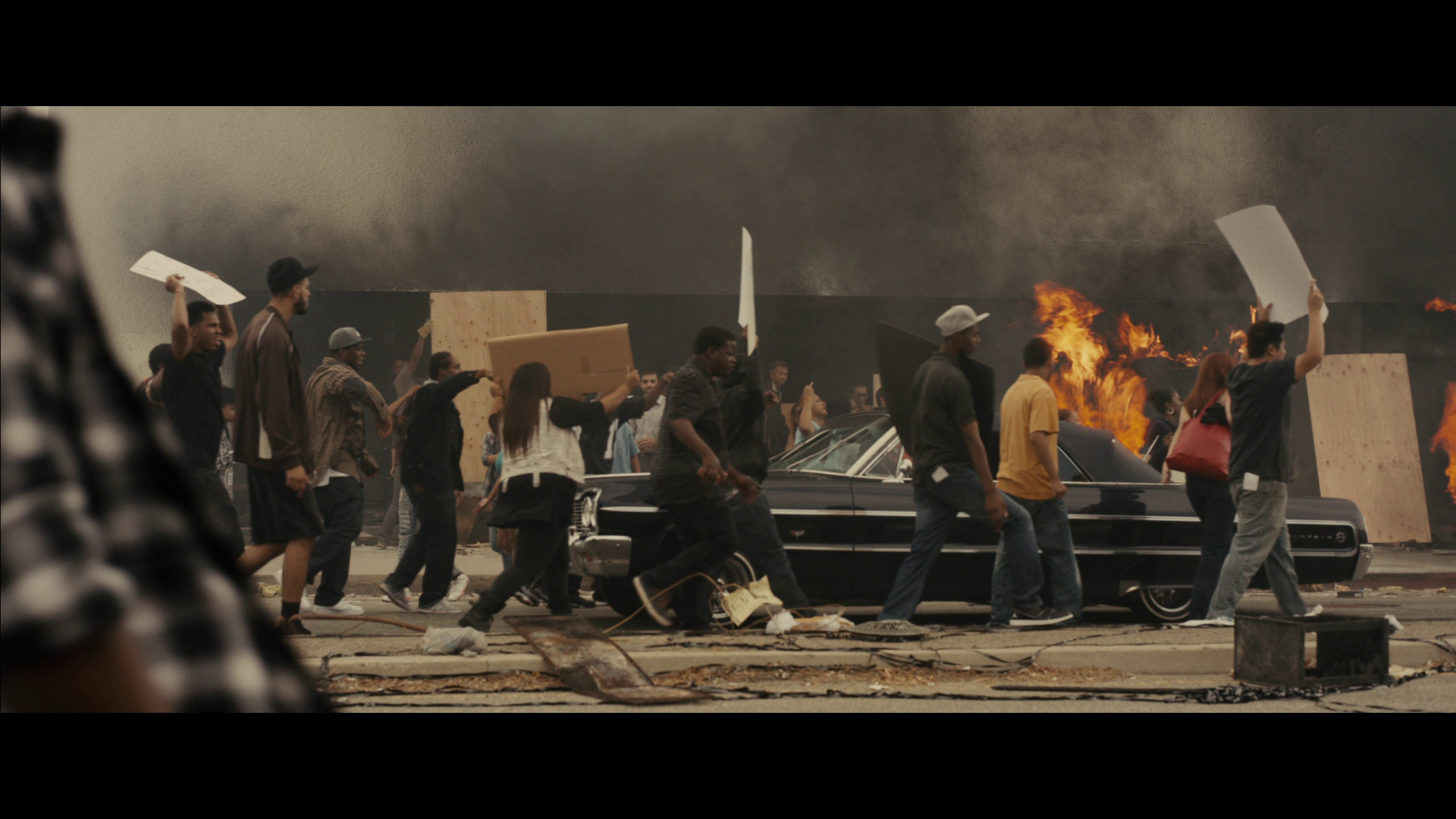 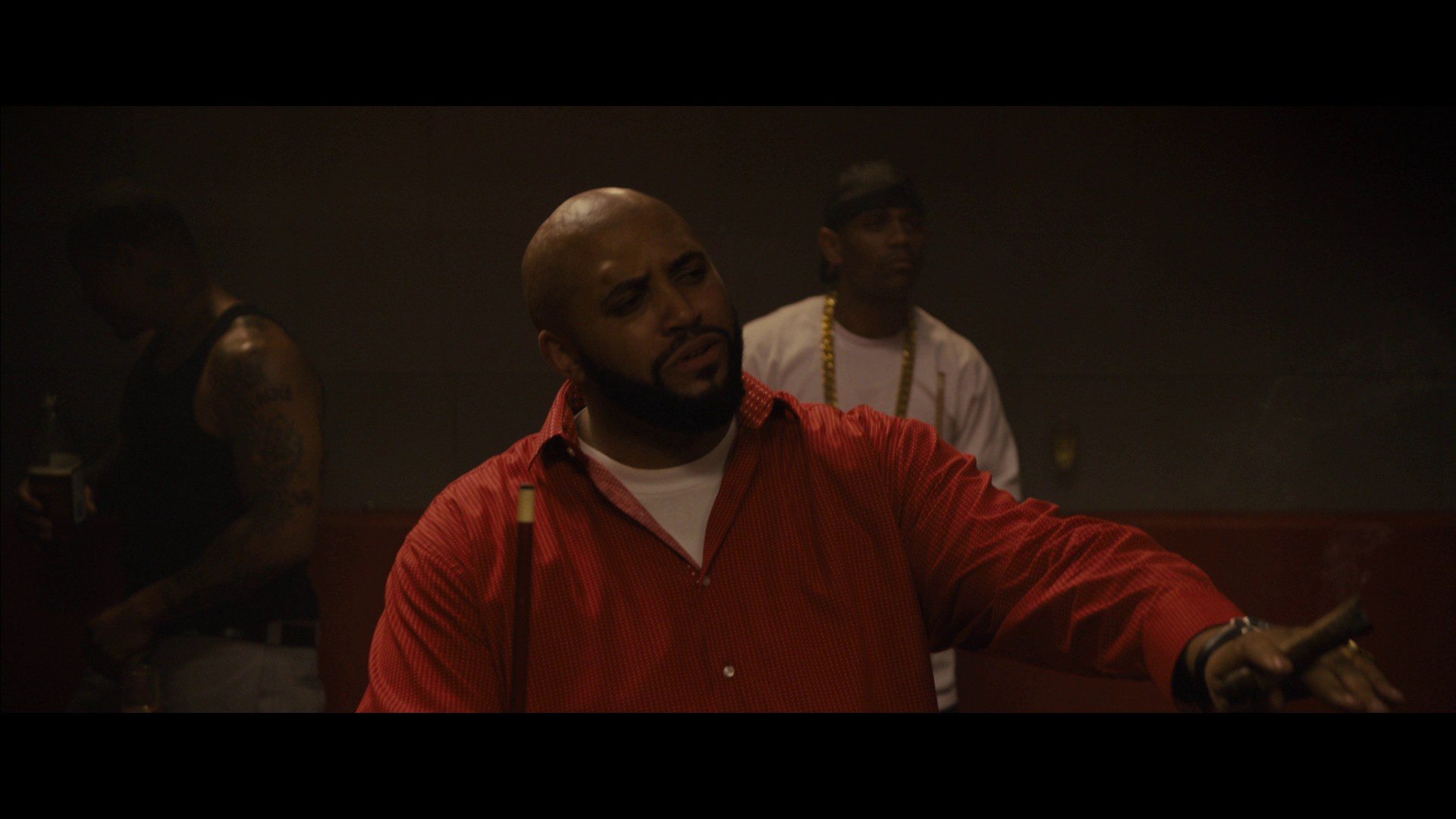 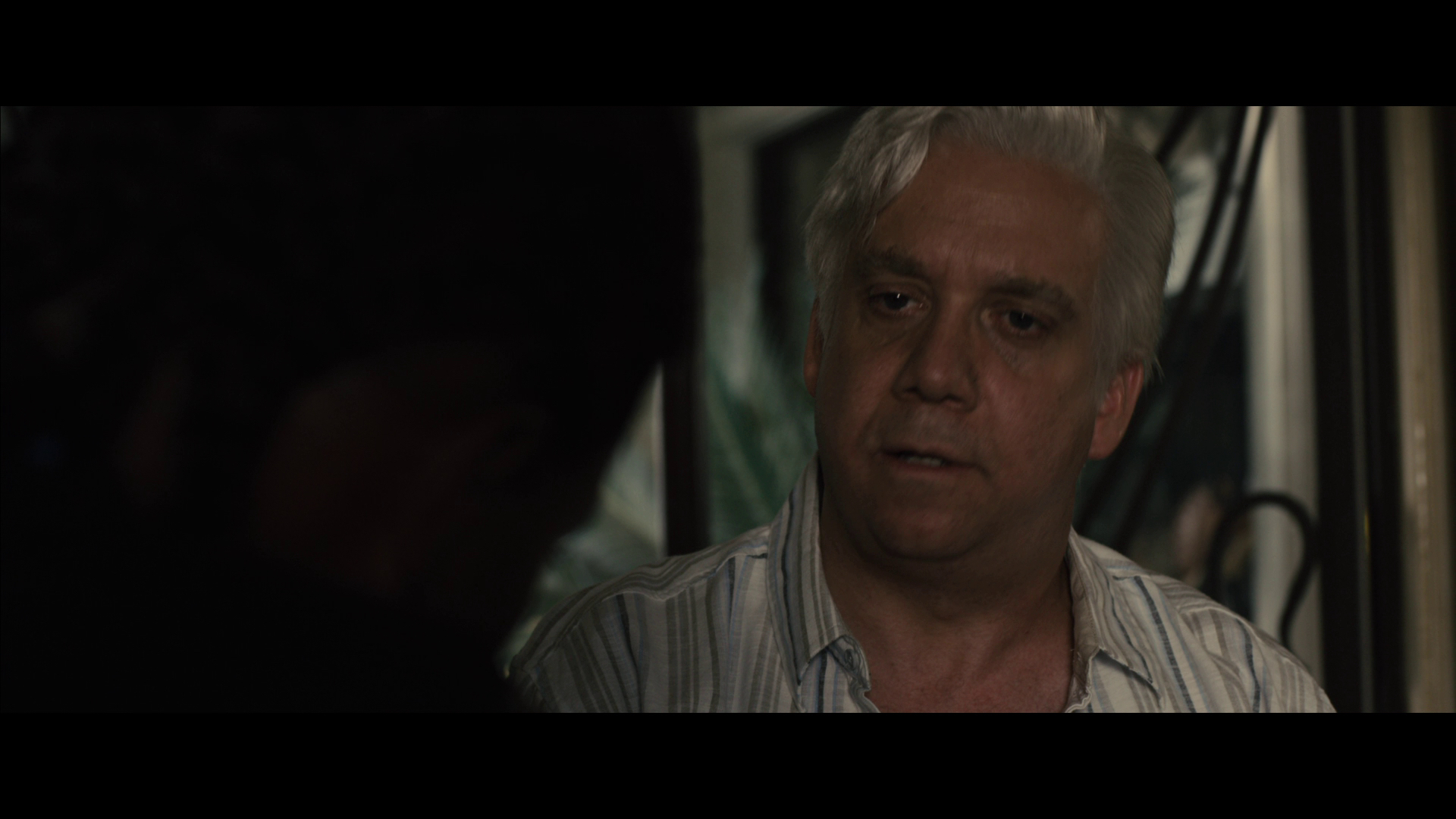 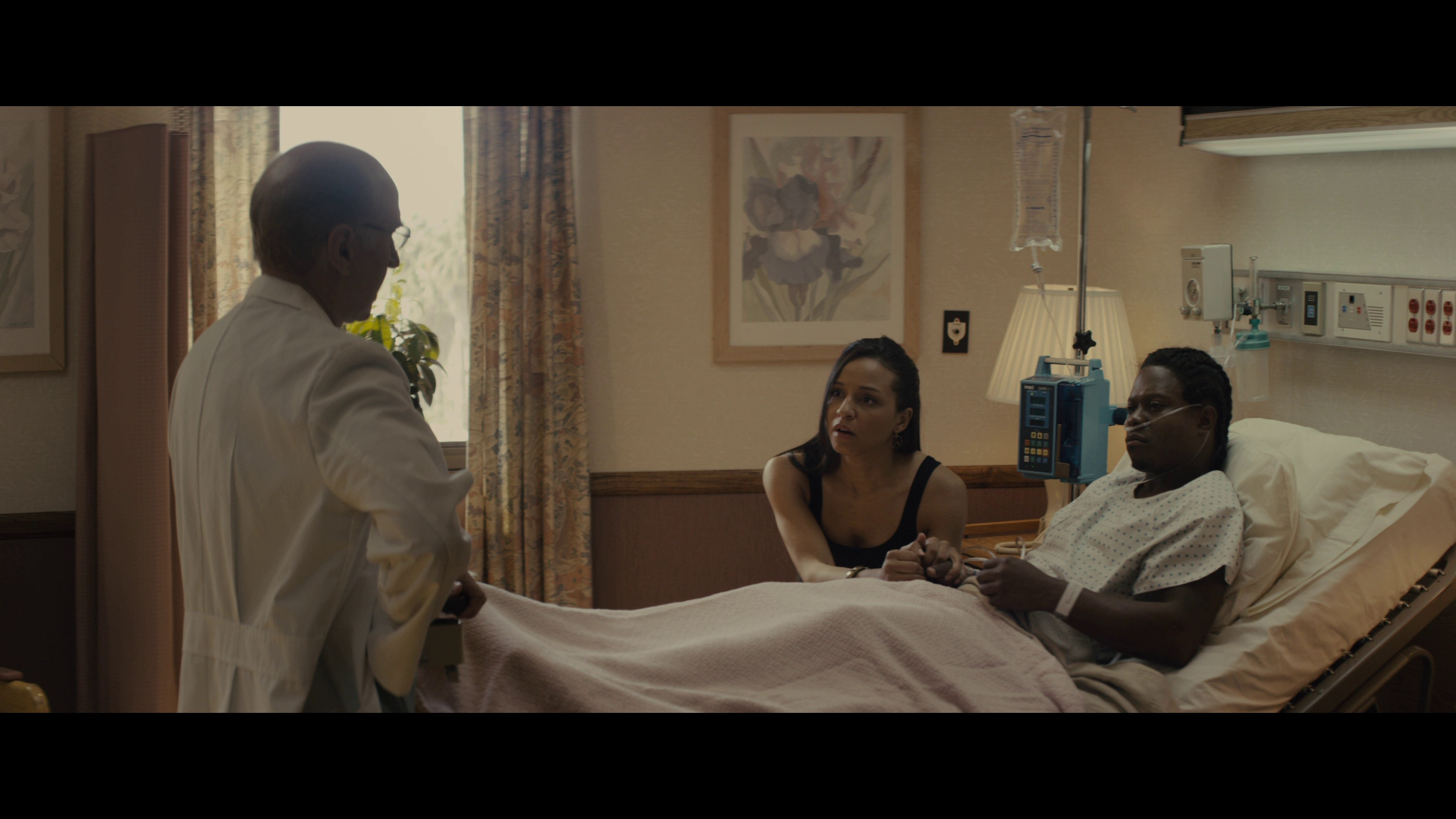 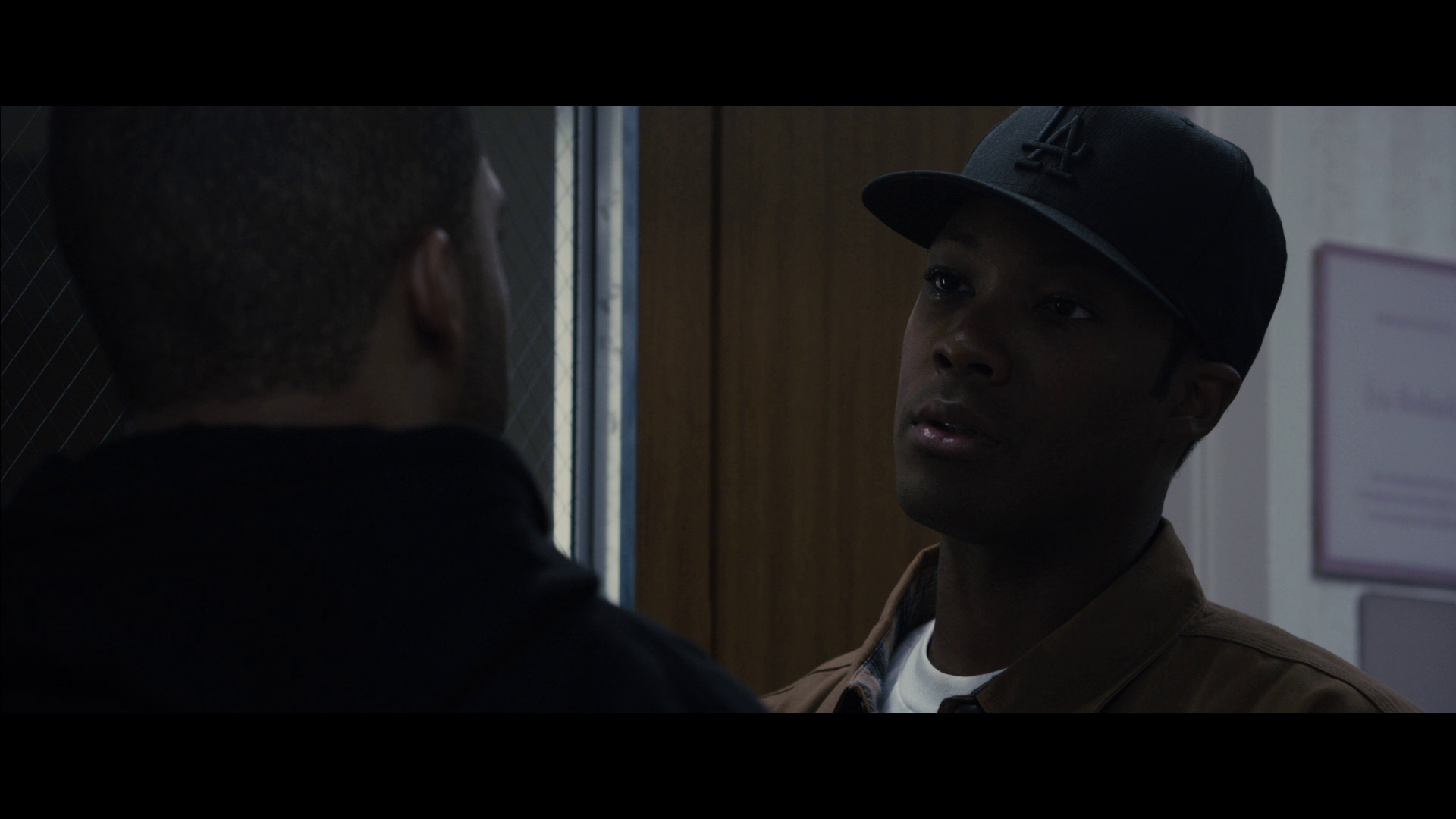 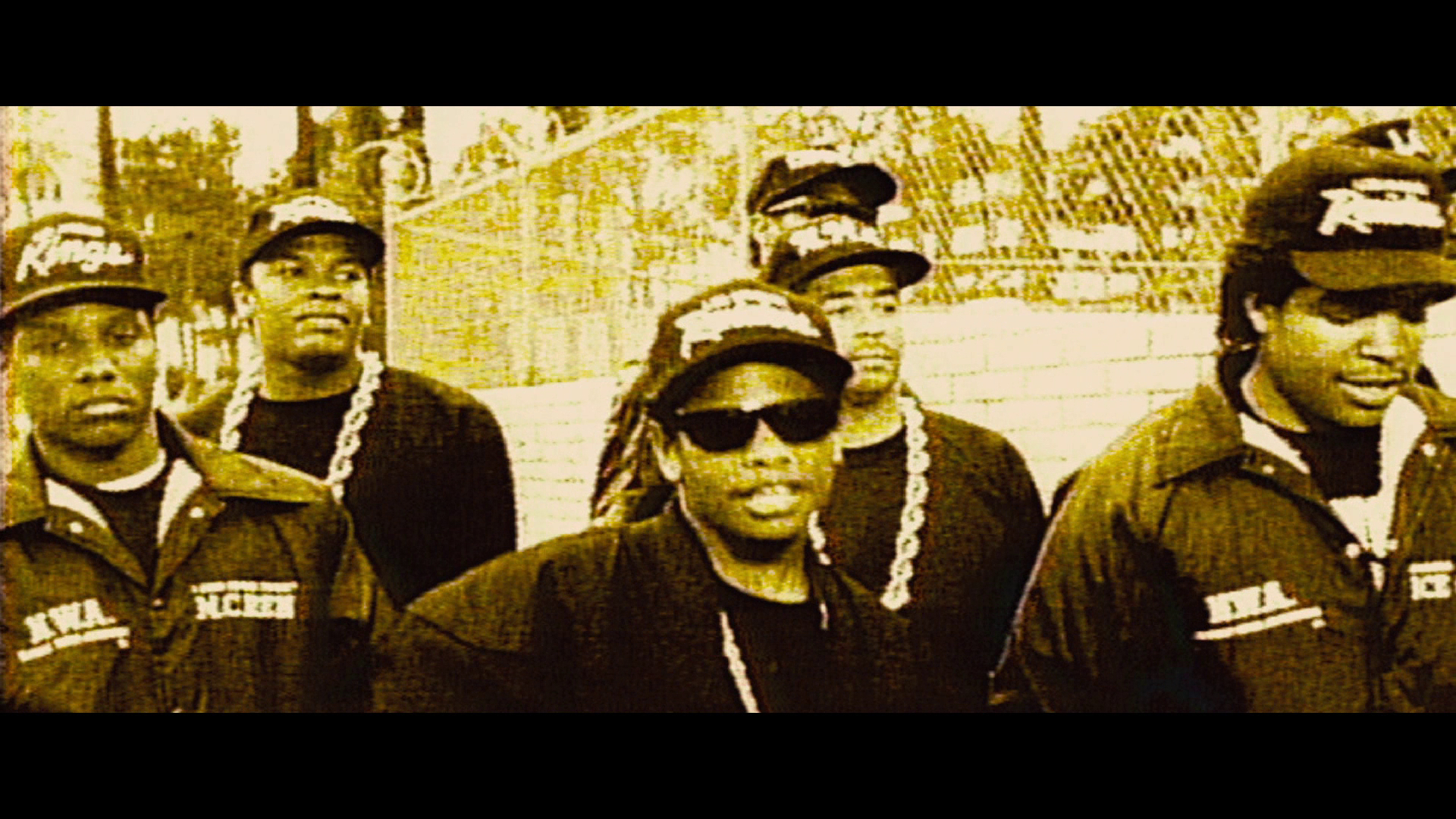