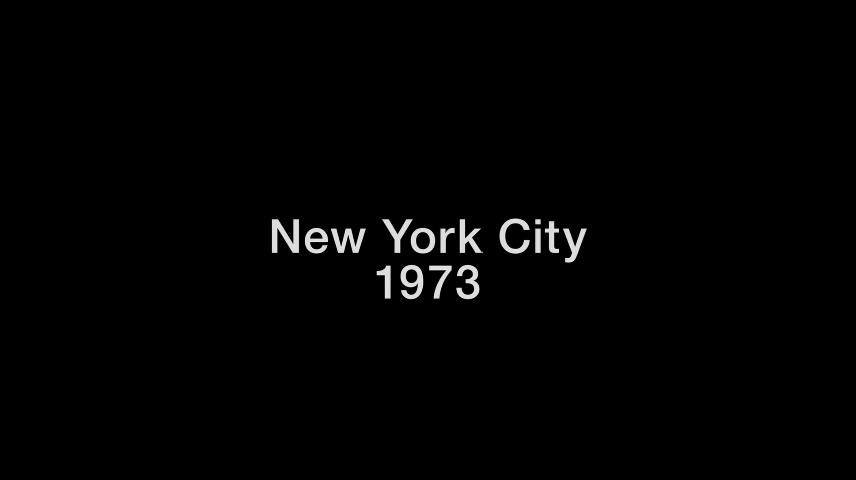 I always enjoy looking back on music and pop culture, so when I heard that Martin Scorsese and Mick Jagger were doing an HBO series about the music industry taking place in the early 1970s, I considered it a must-see no matter what the critical reaction might have been. The show arrives on Blu-Ray as a four-disc set with a nearly two-hour pilot followed by nine hourlong episodes. The pilot episode, directed by Scorsese himself, would have been impressive enough released on its own. We first meet Richie Finestra (Bobby Cannavale), head of American Century Records- a fictional record company but with a number of real-life music artists on it, with offices in New York City's Brill Building. While the label has had a few successes, it's on the verge of falling on hard times (with insiders calling it American Cemetery- "where artists go to die") and as the series begins PolyGram (the real-life music label conglomerate now known as Universal Music) is expressing interest in buying the company. Richie's colleagues including Head of Promotions Zak Yankovich (Ray Romano, the Raymond that everybody loves) and A&R head Julie Silver (Max Casella, Doogie Howser's best friend) all feel that letting this deal go through will ensure their label survives in the long term, but Richie has an epiphany while wandering the streets of New York and hearing some early punk bands play- mainstream music is getting stale, but there's lots of great undiscovered bands out there which can make today's kids feel the same way he did when he first heard rock music. If PolyGram buys the label out they're not going to be so adventurous and just keep pumping out the usual stuff, so to everyone else's chagrin Richie vetoes the sale. 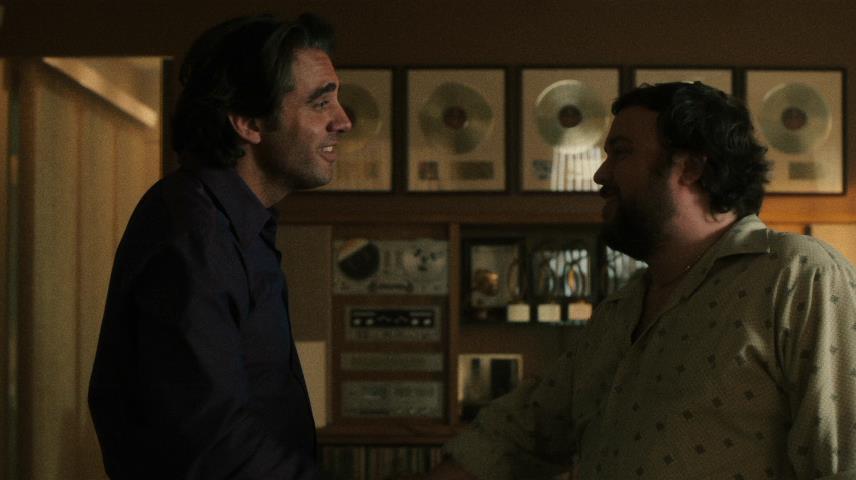 The two-hour premiere presents this dilemma along with others that will carry through the remaining episodes. The Nasty Bitz, a fictional early punk band led by singer Kip Stevens (James Jagger, Mick's son) drops off a demo tape at American Century's office hoping to score a record deal. Jamie Vine (Juno Temple, daughter of long-time music film and video director Julien Temple), manning the front desk, figures the higher-ups won't give it a listen so she takes it home and listens to it herself. Falling in love with what she hears, she then pushes Richie and company to sign the band. While they do, it's not without a bit of creative interference as they're first told to change their musical style and sound just like most of the other unsigned bands out there, then realizing that mistake they're allowed to play their own songs but dump one of the members who "just isn't working out." (While this seems bad, just imagine what PolyGram might have made them do.) Richie also gets himself into some real trouble when he and a friend visit the home of "Buck" Rogers (Andrew Dice Clay), owner of the top-rated radio station in New York which can make or break records on the air, and end up murdering him, then having to avoid having the law find out about it.

Richie's home life issues also come into play, as he's married to Devon (Olivia Wilde) with two kids in a nice house, but she quickly gets fed up with his antics and leaves taking the kids with her. There are also a number of flashback sequences, particularly in the first episode, that show Richie's experiences in the music business a decade or so earlier. They seem to give a first impression of interrupting the main narrative but tie into future events, such as when Richie discovers Lester Grimes (Ato Essandoh) in the early rock n' roll era and makes him a fabricated star called "Little Johnny Little" playing someone else's music instead of his own. While he promises Lester that he'll soon get to perform the music he really wants to, that never happens and some thugs "pay him a visit" to ensure that. Back in the present, Lester has a chance encounter with The Nasty Bitz as they're about to sign with American Century Records, and becomes their business manager much to Richie's annoyance.

Meanwhile Richie has a few other hits and misses in his efforts to revitalize his record company, including losing $90,000 very foolishly and ultimately taking a loan from a local mob boss (Armen Garo, who's played more than a few other similar roles) on the condition that he calls most of the shots from now on and there will be hell to pay if the label doesn't become a success very soon. Through all of this Richie also has a bit of "descent into madness" as he becomes more dependent on drugs to keep him going. The producers of "Vinyl" have said that many of its elements are based on real-life accounts of the music business at that time, mainly that drugs flowed rather freely, artists often compromised their musical integrity to get record deals, and shady business practices abounded- yet most of the time, the label bosses raked in plenty of cash. Of course that would ultimately change once such things as the internet and downloading came into play, with recorded music sales declining and record stores going out of business. Depending on how true the elements of this series are, some may see that as a "just desserts" but overall the idea here is to relive and remember its era. Other touches of reality are the appearances of several real-life music stars as characters, but played by actors. Most of them pull it off quite well for the show's purposes- Noah Bean appears as David Bowie as he's just finished his "Ziggy Stardust" phase and moving on to his next persona, and Elvis Presley becomes a key point of one episode as Richie and Julie make a trip to Las Vegas to talk him (played by Shawn Wayne Klush) into moving to their label.

Being just old enough to slightly remember the actual 1970s, I enjoyed the efforts to recreate that era- most notably is the obvious brownish-gold tint of most of the scenes, matching the color scheme of American Century's label design and offices. They don't quite get every detail right however, most notably the TV in Richie's office is a Sony that can't possibly be from any time before 1984 (it doesn't even have knobs!), cassette tapes are seen in clear cases (some of them are the big-windowed Memorex blanks that I loved back then, though I still don't know if those were out as early as 1973) and not a single 8-track tape is seen in the entire series. "Vinyl" is still quite captivating however, and I'm not sure whether to be pleased or disappointed that it's intended to go on for at least another season- on one hand the big issues aren't wrapped up by the last episode here, but at least that means there's more coming even if I have to wait for it. 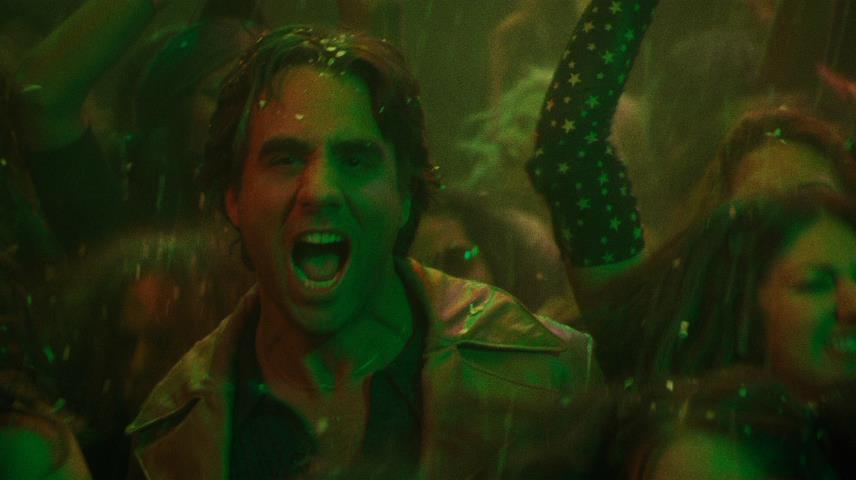 While this show was shot with digital equipment, there is obvious film grain in most scenes that was likely added to give it a more film-like look. While there is still a bit of a digital look to some shots, the effect works well enough and doesn't feel forced. Details in general are very clear, although there is a bit of aliasing on some of the actors' suit jackets in a few scenes. As mentioned earlier, there is a deliberate brownish tint prevalent throughout along with muted colors which emphasize the time period. 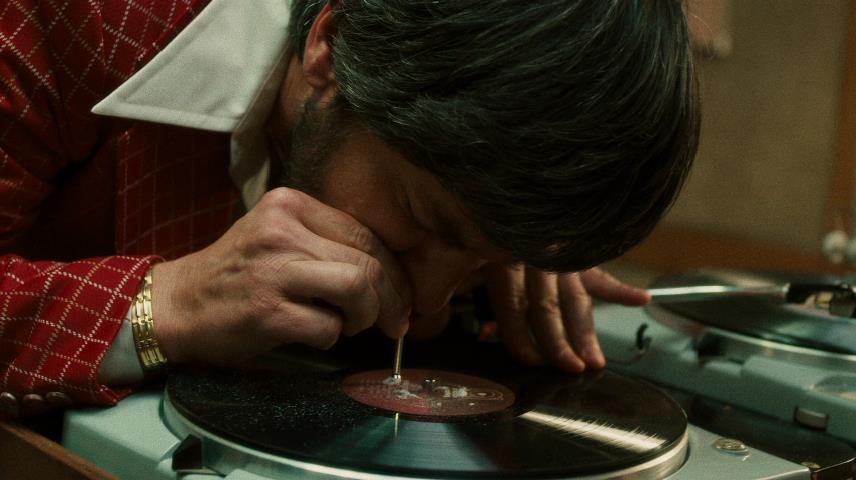 The 5.1 audio mix, encoded in DTS Master Audio, isn't quite up to the level of a theatrical movie but works quite well, with dialogue mostly clear and centered. While music does not accompany every scene as it does in some ‘70s period pieces, when it does occur it usually takes center-stage. There are a few scenes of live music performances (of course actually pre-recorded) that give a good sense of being there- most notably in the premiere episode when Richie attends a New York Dolls show that ends up literally bringing the house down. You should of course play this at a good volume level to appreciate it. 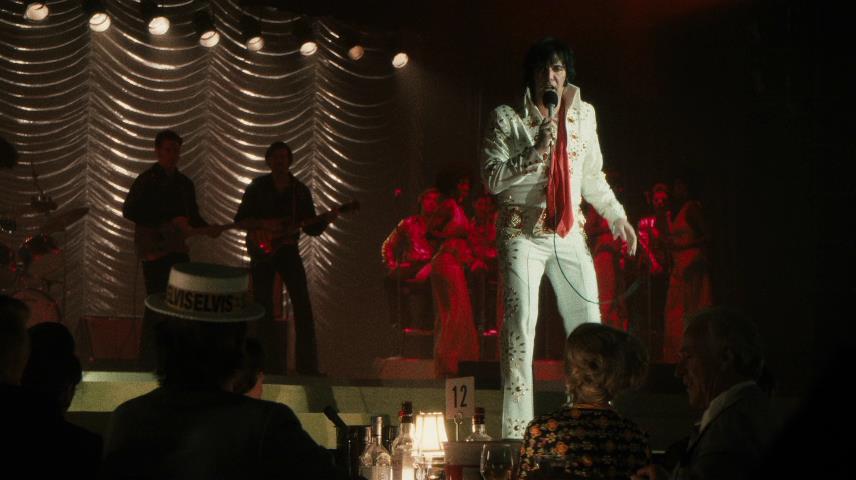 Each episode gets a short "Inside the Episode" segment with executive producer Terence Winter, but these amount to little more than a summarization of the storyline. A longer featurette titled "Recreating the 70s" gives us a bit more production footage and information about such things as the costumes. Scorsese comments about feeling taken back in time when stepping onto the set. Three episodes have group audio commentary tracks with Terence Winter along with cast members with a mostly conversational atmosphere, giving a few production details along with the requisite comments about how great everyone was to work with. 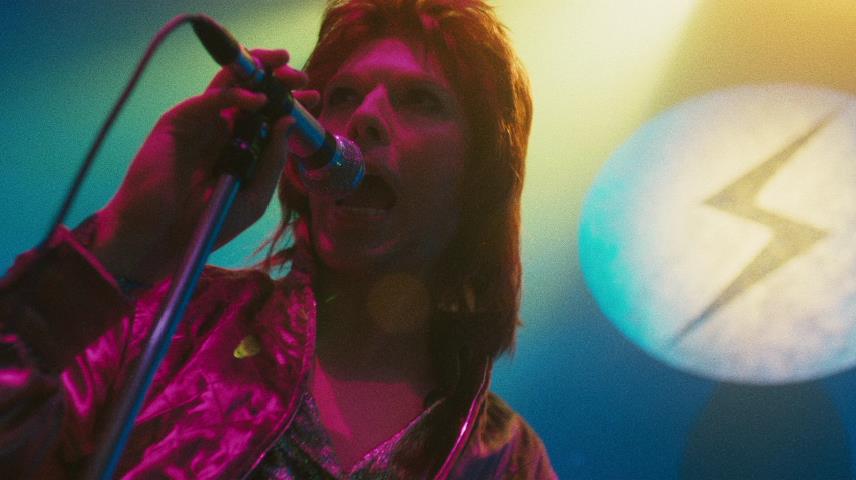 "Vinyl" gets off to a good start in this first season, recreating the early 1970s music scene with a number of storylines and characters that keep one entranced from one episode to the next- it definitely left me awaiting the next season. While it's still too early to tell how long these characters can hold up, the subject of the record business could easily be sustained up to at least the early 2000s.

HBO has announced that this show will NOT be getting a second season after all, so what's included here will just end unresolved.