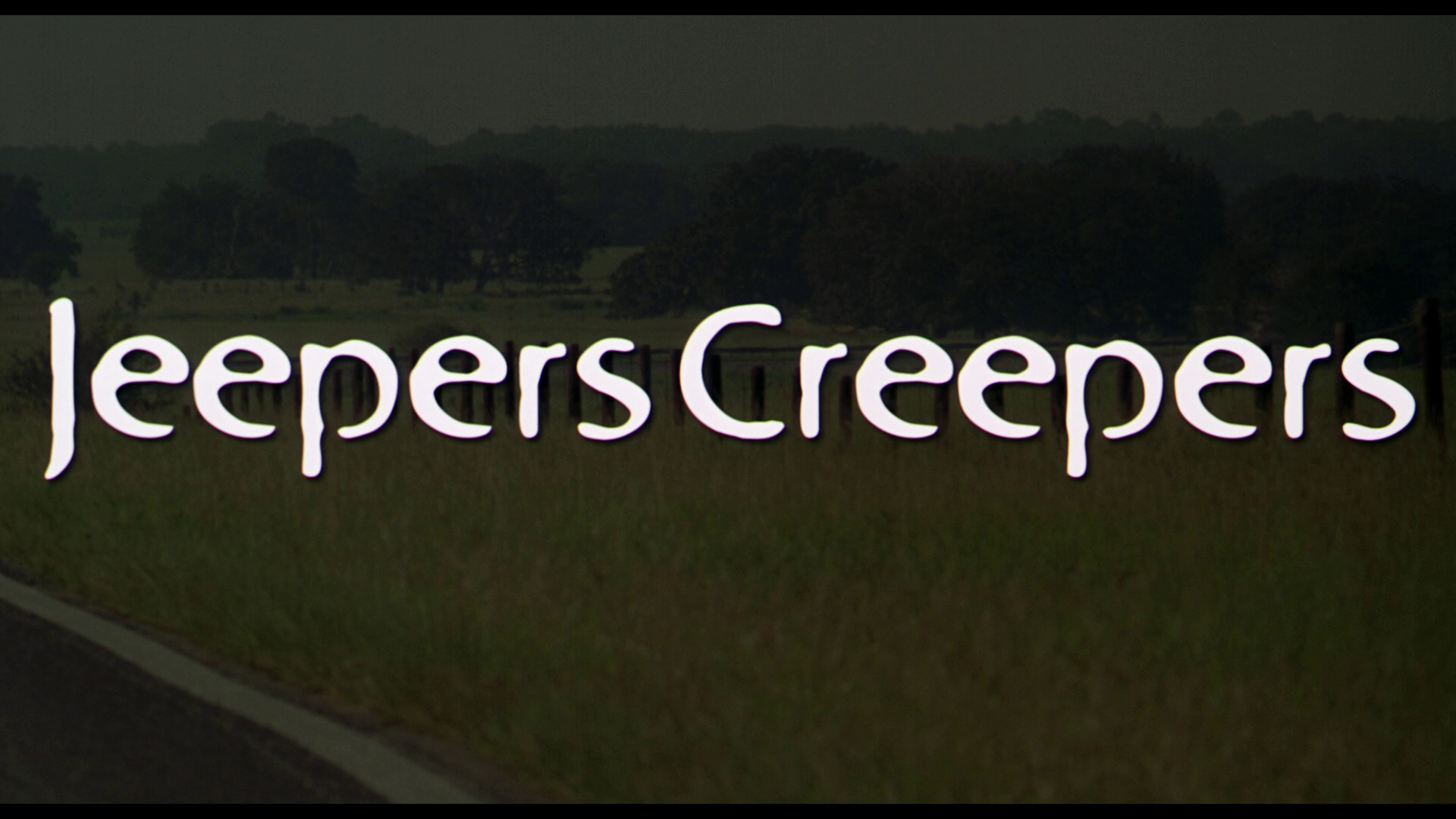 The talky, tongue-in-cheek opening of Jeepers Creepers hooked me when I rented the DVD back in 2002, and it stills holds up today thanks to actors Justin Long and Gina Philips. The film immediately does something different: These twenty-something road trippers are not lovers but brother and sister. The pair drives a groovy 1960 Chevrolet Impala home through the countryside, where they quickly encounter a rude driver with a license plate that reads, "BEATNGU." They almost crash as the driver flies around them, but quickly return to playfully bickering and telling stories. Darry (Long) brings up a young couple that went missing a few years prior on the same road, but Trish (Philips) dismisses the idea as hokum. The Impala rolls on for a while before Darry notices something odd. Off to the left of the road stands an old church, the "BEATNGU" truck, and a human figure in trench coat and hat who appears to be dumping bodies down a storm drain. Trish and Darry hastily move forward, but later, when the coast is clear, curiosity gets the best of them.

During these opening minutes it is clear Director Victor Salva and Producer Francis Ford Coppola are tweaking the traditional creature feature by adding in plenty of humor and two leads you want to survive. Then there is the villain; the flying antagonist known affectionately as "The Creeper" (Jonathan Breck). A literal bat out of hell that is unleashed upon the world every 23rd spring for 23 days, the Creeper is a practical-effects gem that consumes the best parts of others to strengthen itself. You do not find all that out in the beginning, of course, and most of this backstory is delivered with pitch perfection by the town crazy, Jezelle Gay Hartman (Patricia Belcher), who has some kind of psychic abilities or innate knowledge of the damned and hungry. There are only a handful of characters in the film, and the action stays on the leads for most of the running time. That's fine, because Long and Philips play off of one another expertly, and elevate the standard of a horror-film relationship. 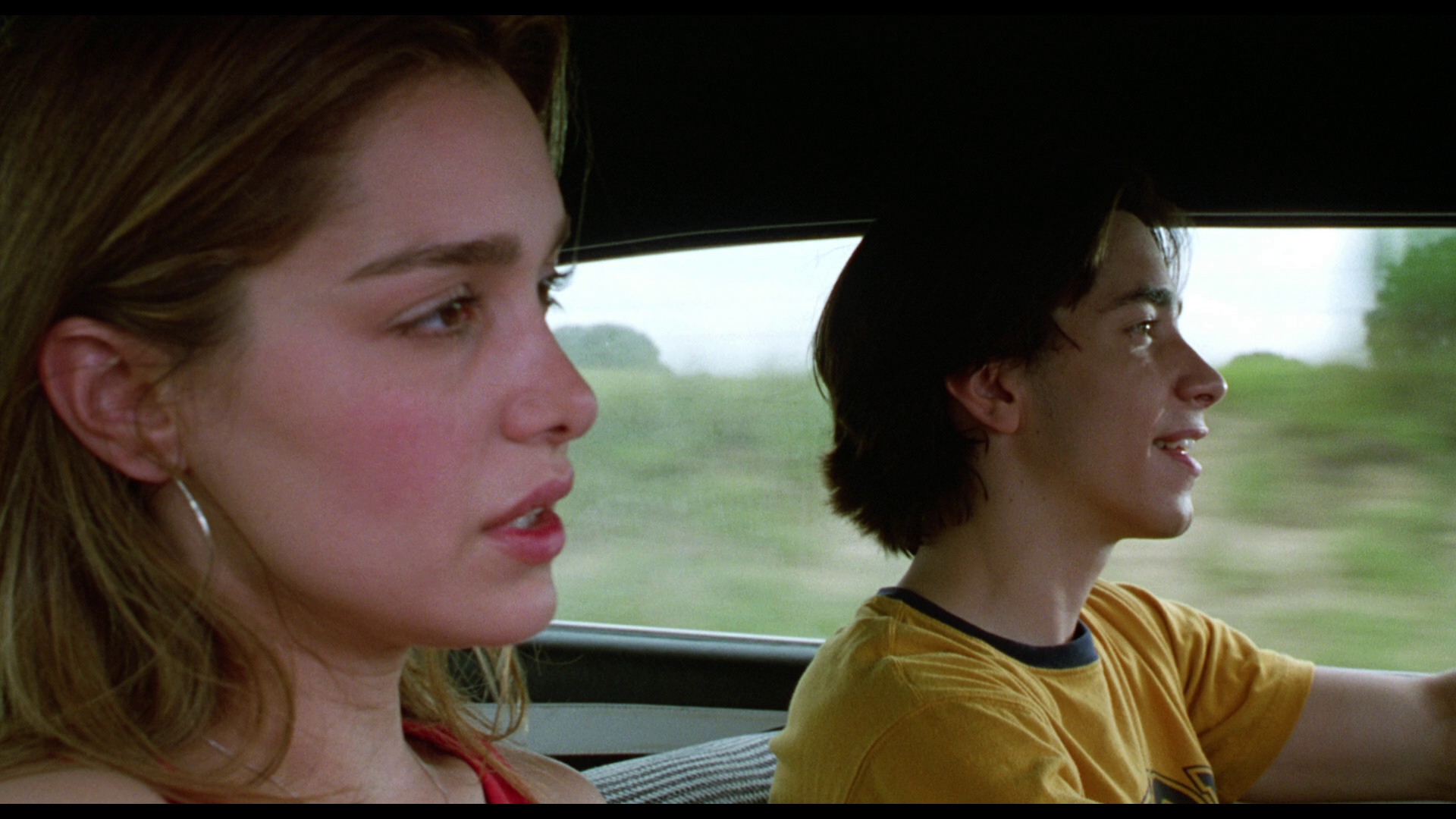 When Darry is dangling down the aforementioned storm drain, he and Trish remark that this is exactly the kind of stupid decision you see in horror movies. Jeepers Creepers was meta before being meta was cool again. Long story short, the siblings figure out the Creeper is not a human and will not stop now that it smelled something it likes. The rest of the relatively brief running time is spent avoiding certain death, and the film climaxes in a battle at the local police station. Later scenes are not as effective as the refreshingly genuine opening, but Jeepers Creepers is infinitely better than most films of its kind. Salva, forever branded a child molester for criminal decisions he made on the set of Clownhouse, is a talented director, and wrote something with purpose, legend, spooks and humor. He reveals in one of the on-disc supplements that the Creeper was not originally introduced until much later in the film, but test audiences needed a reminder they were seeing a horror film. Thus, the road-rage encounter with the truck happens early on. Jeepers Creepers still keeps the beast under wraps for long enough to stoke the flames of terror and mystery, and when it is finally revealed, the practical effects are impressive.

I like many things about this film. Salva plays on classic creature features by including retro touches like the Impala and the Creeper's rusty workshop, while avoiding in-film technology and foregoing digital effects. The film is obviously set around the time was it made, 2001, but it feels timeless. I also enjoy the natural blend of horror and comedy. One of the best scenes sees the Creeper killing two police officers behind a clueless Trish and Darry while an updated version of the "Jeepers Creepers" song blasts on the radio. The Creeper is also apparently a smartass, given its license plate. Is it logical that a voiceless creature would have a vanity plate? No, but details like that make Jeepers Creepers special. The filmmakers stretch their limited budget by cloaking the beast in shadow until its big reveal, and all of the kills appear to be done in camera. Look out for the late Eileen Brennan (Private Benjamin) as a crazy cat lady in a memorable scene. Stay for the unexpectedly good cinematography by Don E. FauntLeRoy. Jeepers Creepers is a sincere, well-made homage to genre classics that earns its devoted fan base. 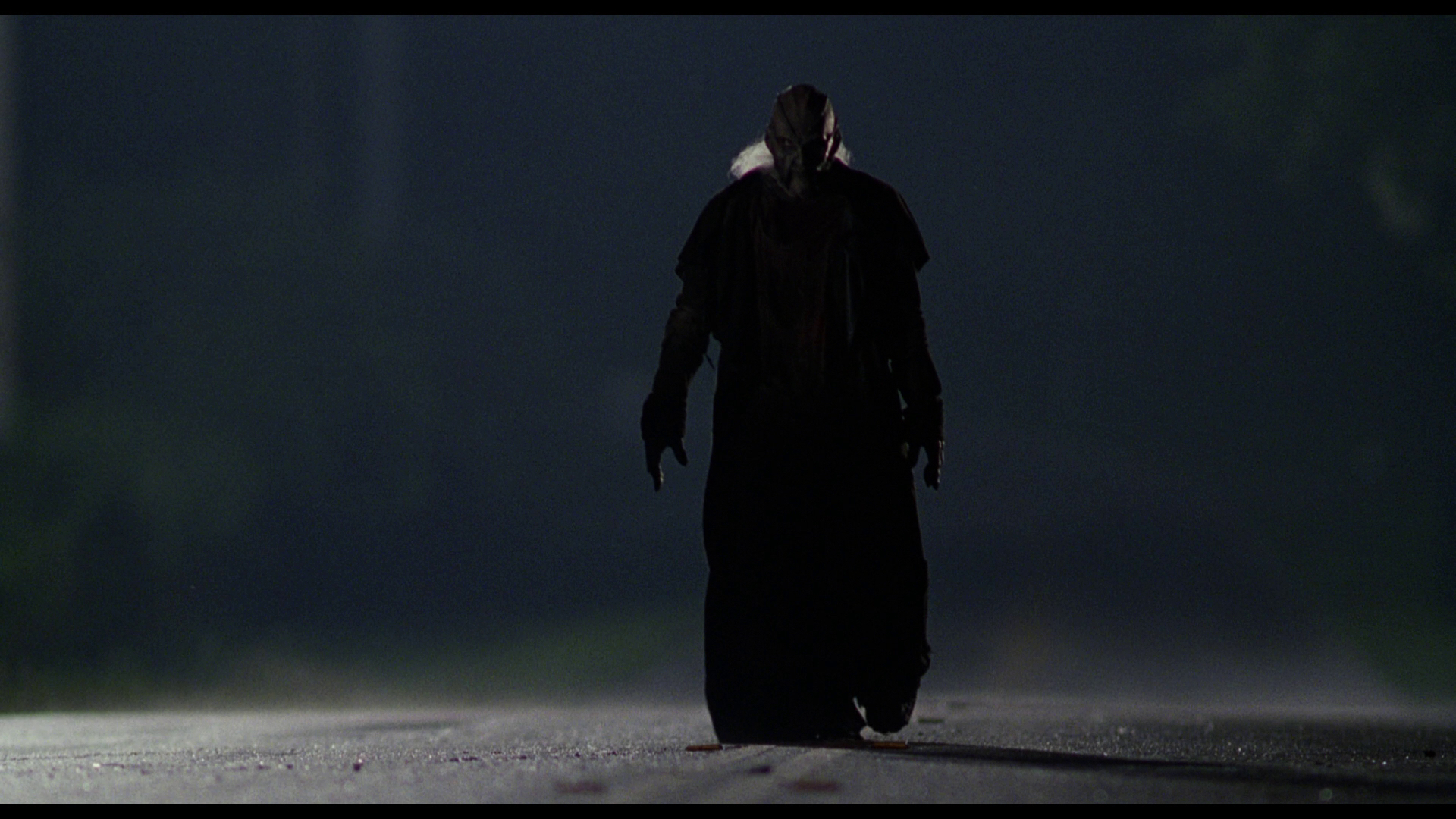 To my delight, Scream Factory sprung for a new 2K scan of the interpositive, and Jeepers Creepers looks quite good. The 1.85:1/1080p/AVC-encoded transfer is given a high bitrate on this dual-layered disc, and the grain structure appears natural and film-like. I noticed some minor compression artifacts on the waving grass in the opening scene, but everything else unspools with ease. Print damage is very minor and limited to early shots. Colors are nicely saturated if a bit boosted from the earlier DVD release, and skin tones appear natural. Fine-object detail is quite good, and the image reveals intimate facial details, plenty of fabric and surface textures, and the far depths of wide shots. This is a very dark film, and the transfer handles black levels and shadow details well. Black crush is not a problem, and blacks are inky. There are few softer shots due to the photography, but this is an overall pleasing presentation.

The 5.1 DTS-HD Master Audio mix is dynamic and immersive. There are plenty of Creeper-related effects to surround the viewer. Dialogue is clean and without distortion, and is layered appropriately with effects and score. Range and fidelity are both good. Darry's voice echoes across the sound field when he drops into the storm drain, and the Creeper's hot breath pans the surrounds. The highway chase is aggressive, with LFE support and excellent directional effects. An English 2.0 DTS-HD Master Audio mix is also included, as are English SDH subtitles.

Scream Factory offers a two-disc "Collector's Edition" release for Jeepers Creepers, which is pretty cool in and of itself. The film received a decent DVD from MGM, but this certainly bests that offering. The discs are housed in a standard case with two-sided artwork. The front cover offers newly created key artwork, while the inside offers the classic poster artwork. A slipcover replicates the new key artwork. On Disc 1 is an older Audio Commentary by Director Victor Salva. Some of you aren't going to listen on principle, but this is a good commentary. Salva is a somewhat odd presence, but provides much technical information about the making of Jeepers Creepers. Next, you get a newly recorded Audio Commentary by Director Victor Salva, Justin Long and Gina Philips. This is not as informative as the first commentary, but I enjoyed listening to the trio reminisce about their time on set.

On Disc 2 you get Jeepers Creepers: Then and Now (36:42/HD), with interviews from Salva, FauntLeRoy, Producer Barry Opper, Editor Ed Marx and others. Salva reveals his first experiences with horror films, the process of getting this film financed and shot, Coppola's involvement, and what the casting process was like. There are some neat details to be found here. From Critters to Creepers (19:38/HD) is an interview with Producer Barry Opper and covers his entire body of work. Actress Patricia Belcher is the focus of The Town Psychic (16:30/HD), about the Gezelle character, and I enjoyed hearing from an actress that has achieved success through smaller roles. Next, you get some older supplements: Behind the Peepers: The Making of Jeepers Creepers (1:00:10/SD), the making-of from the old DVD; Deleted and Extended Scenes (17:13/SD); a Photo Gallery (7:53/SD); the Trailer (1:52/HD); and a Radio Spot (1:00/audio only). 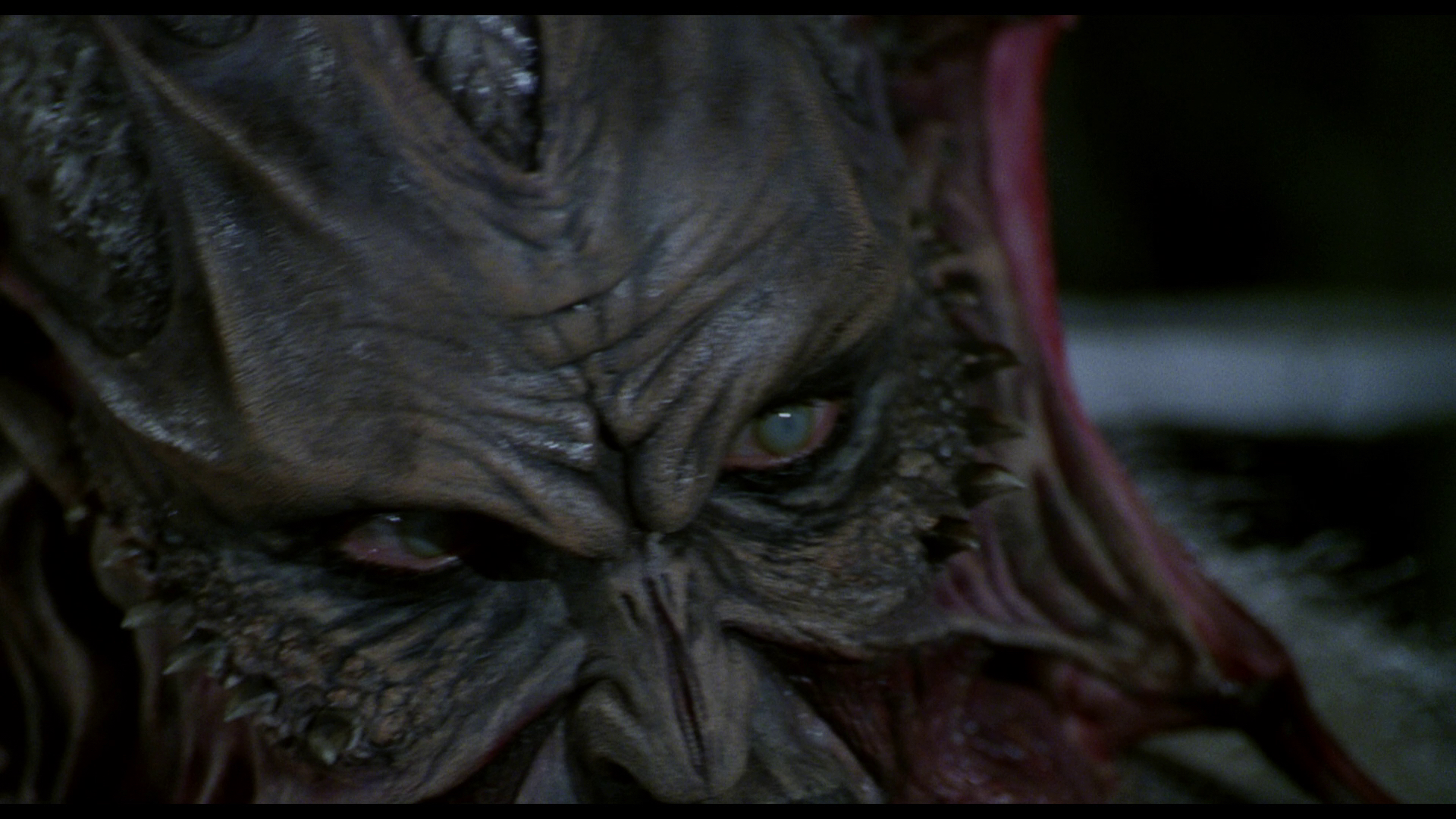 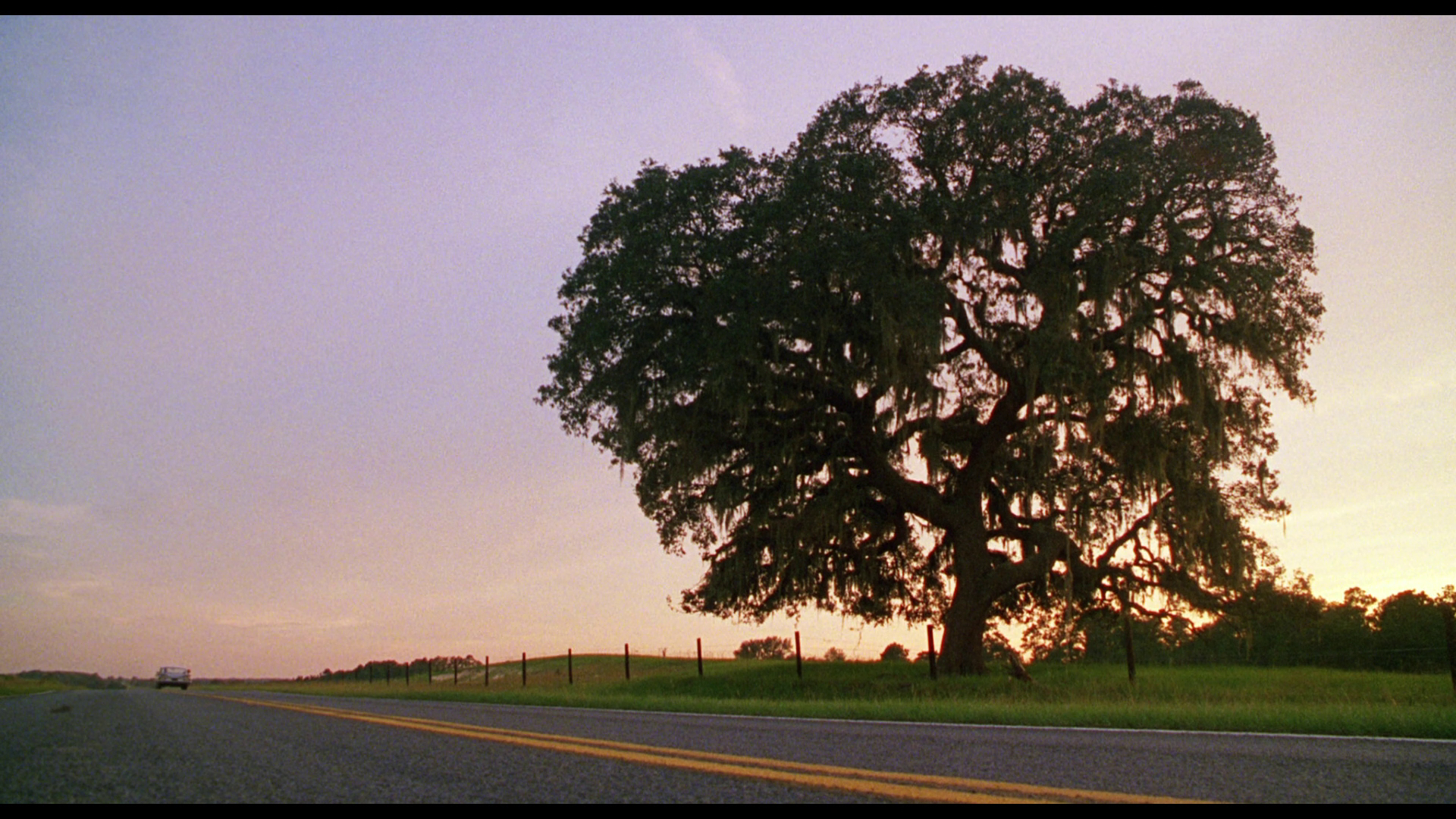 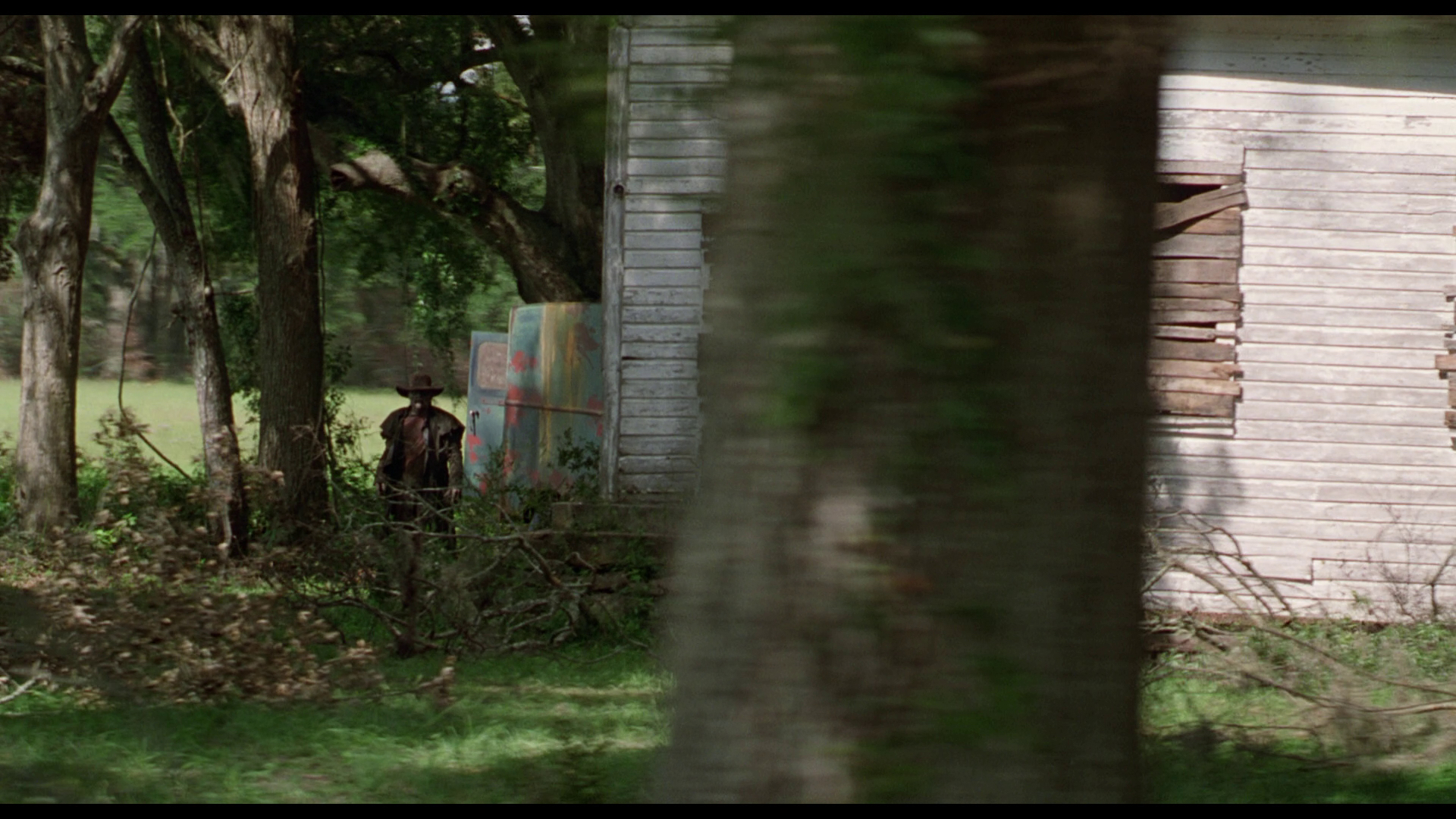 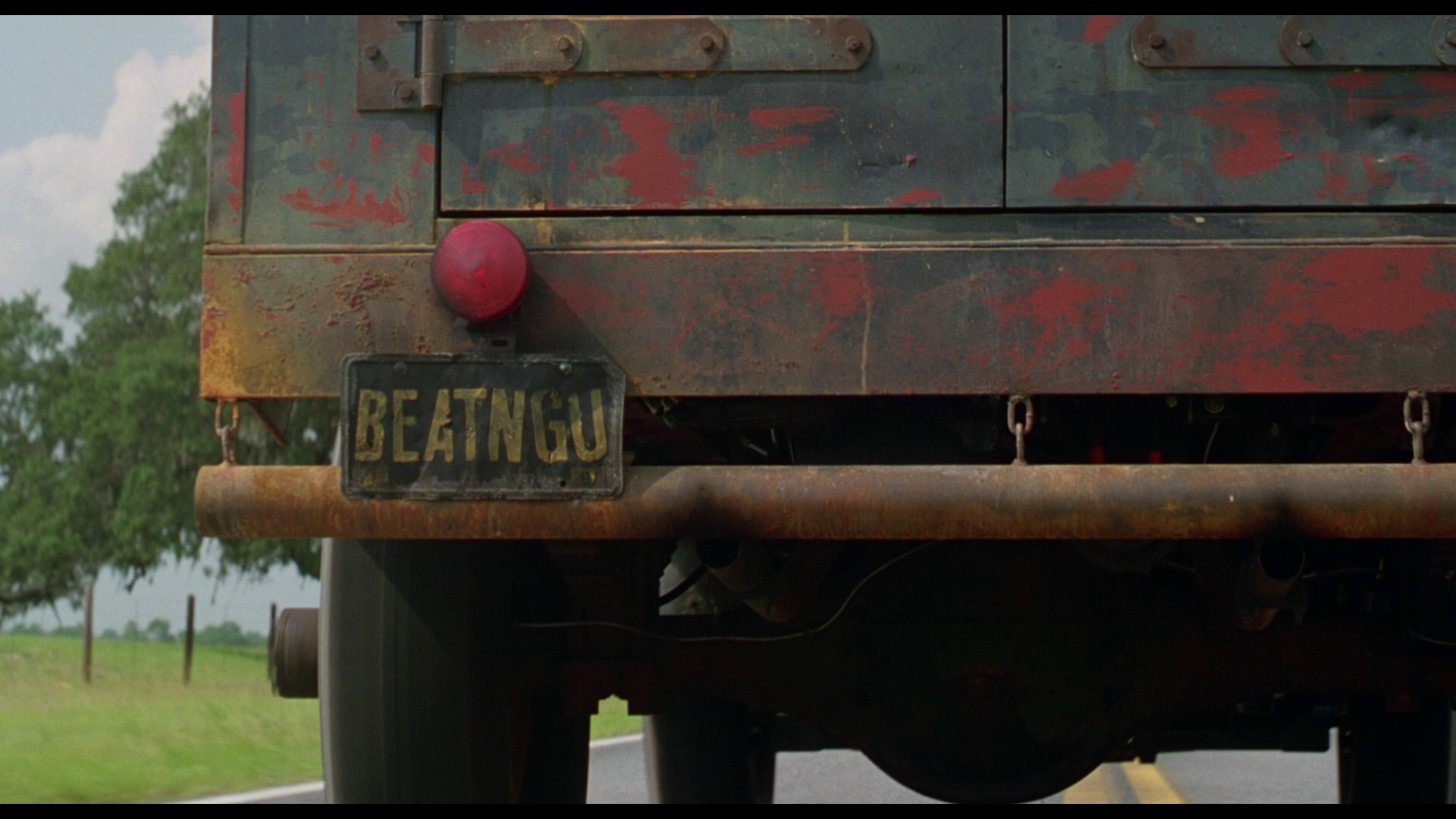 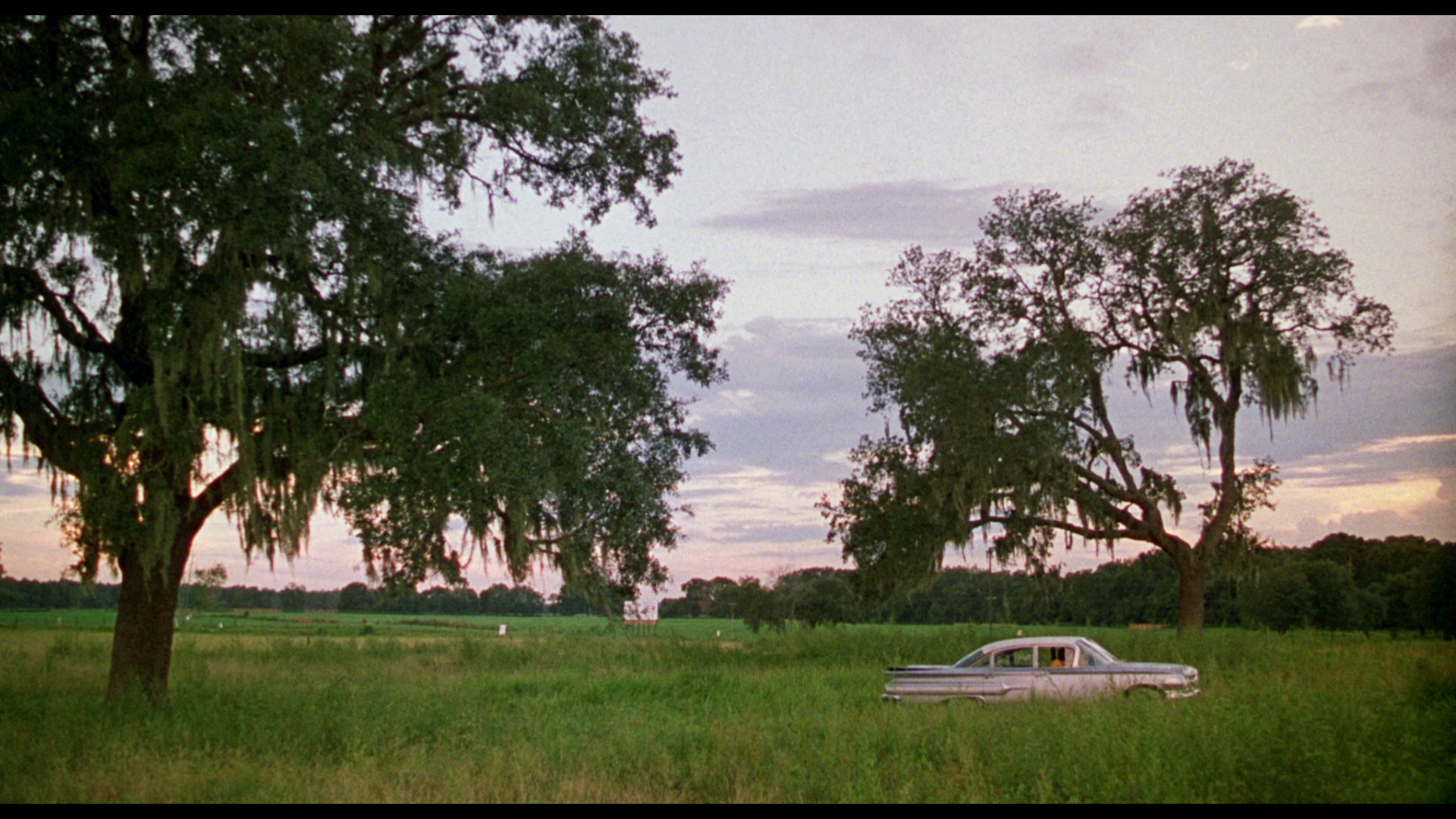 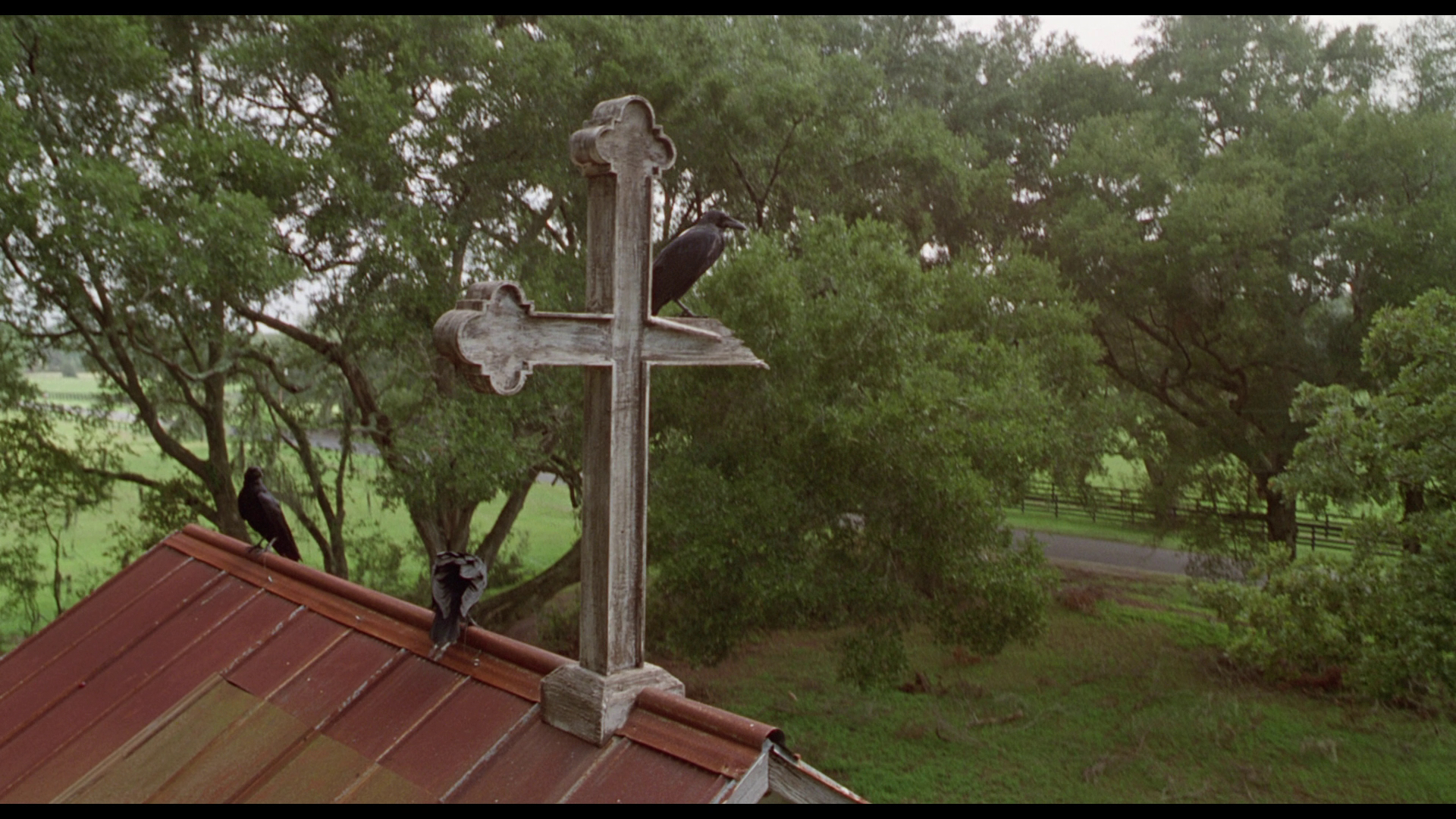 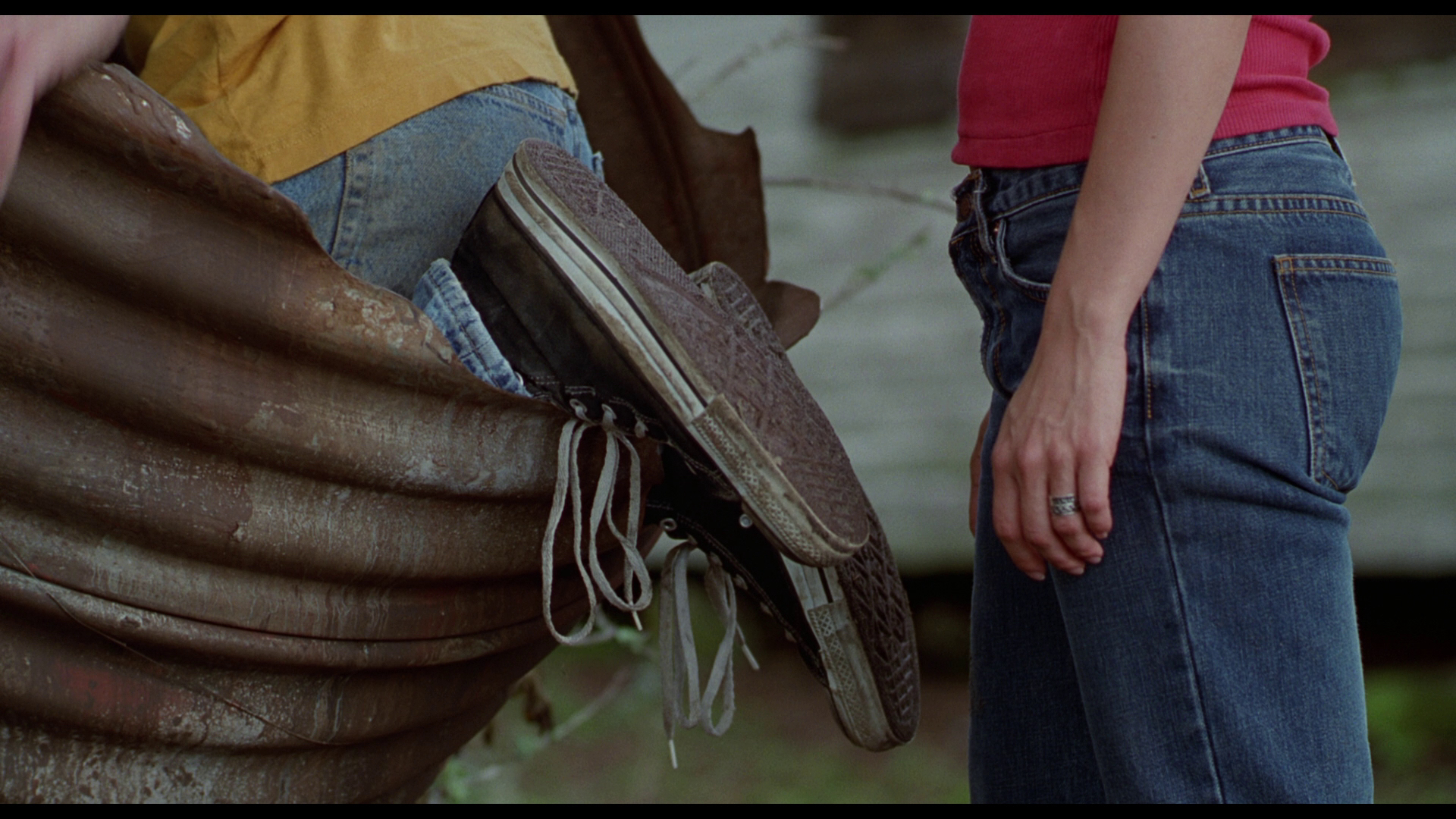 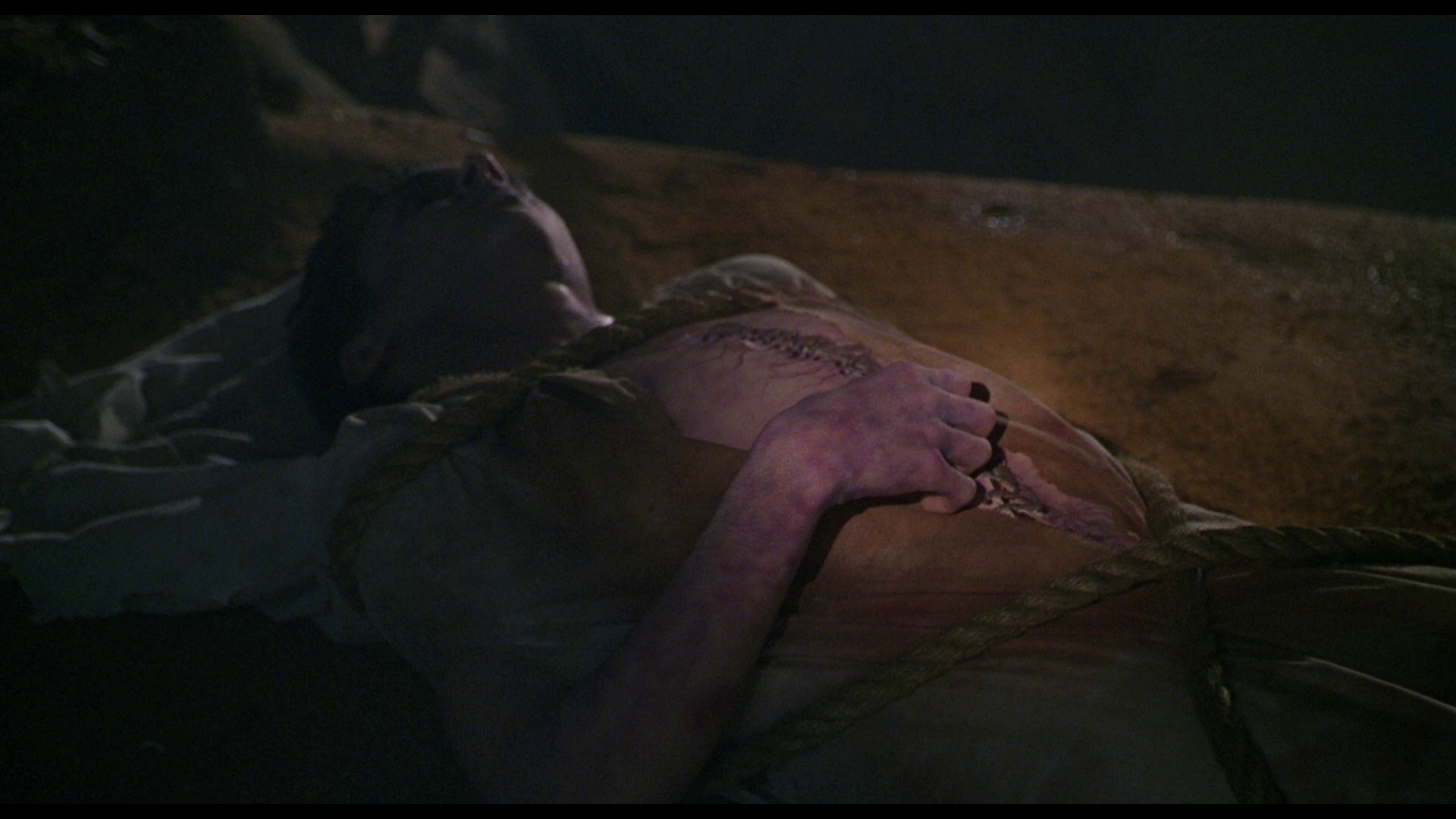 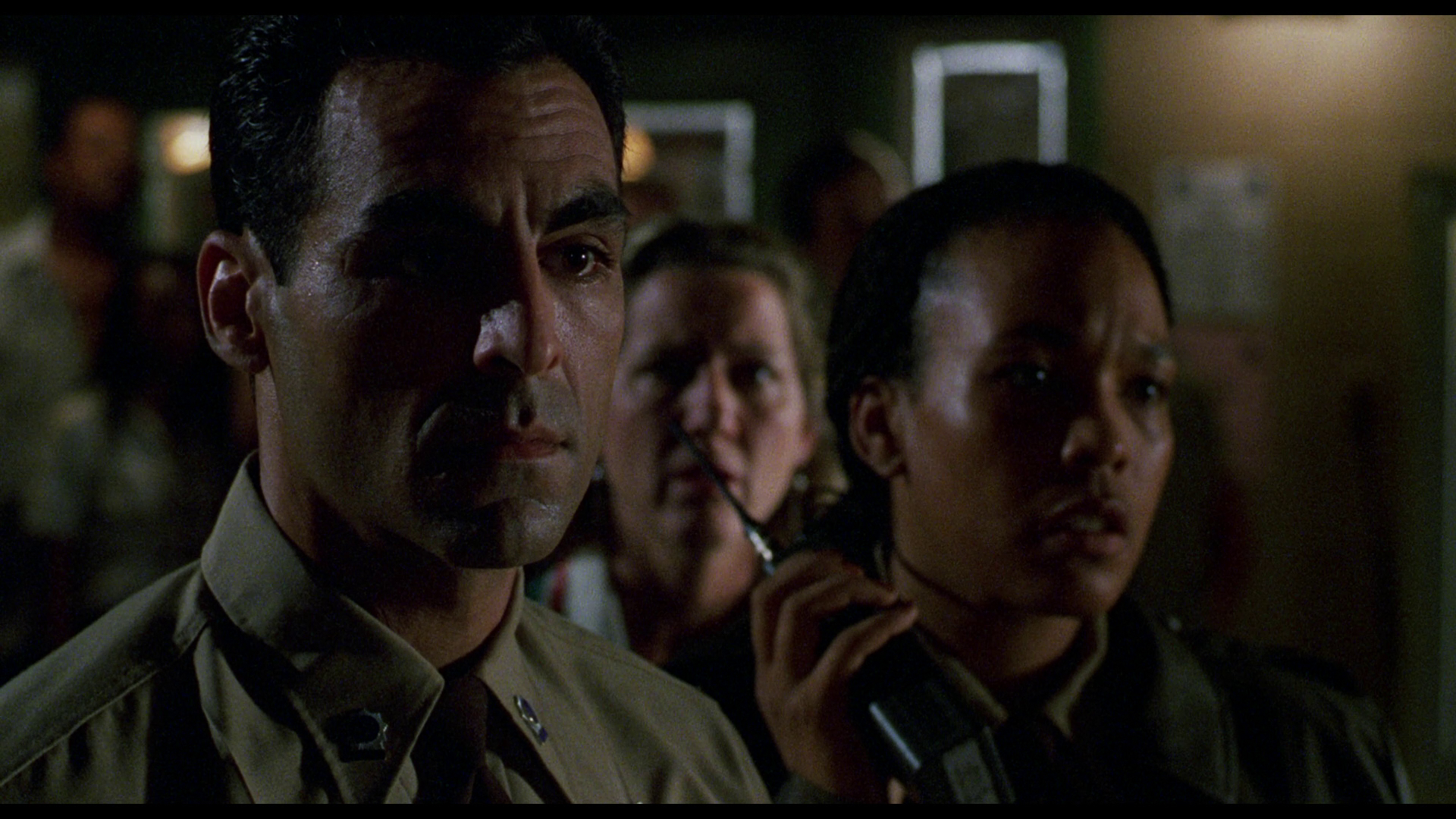 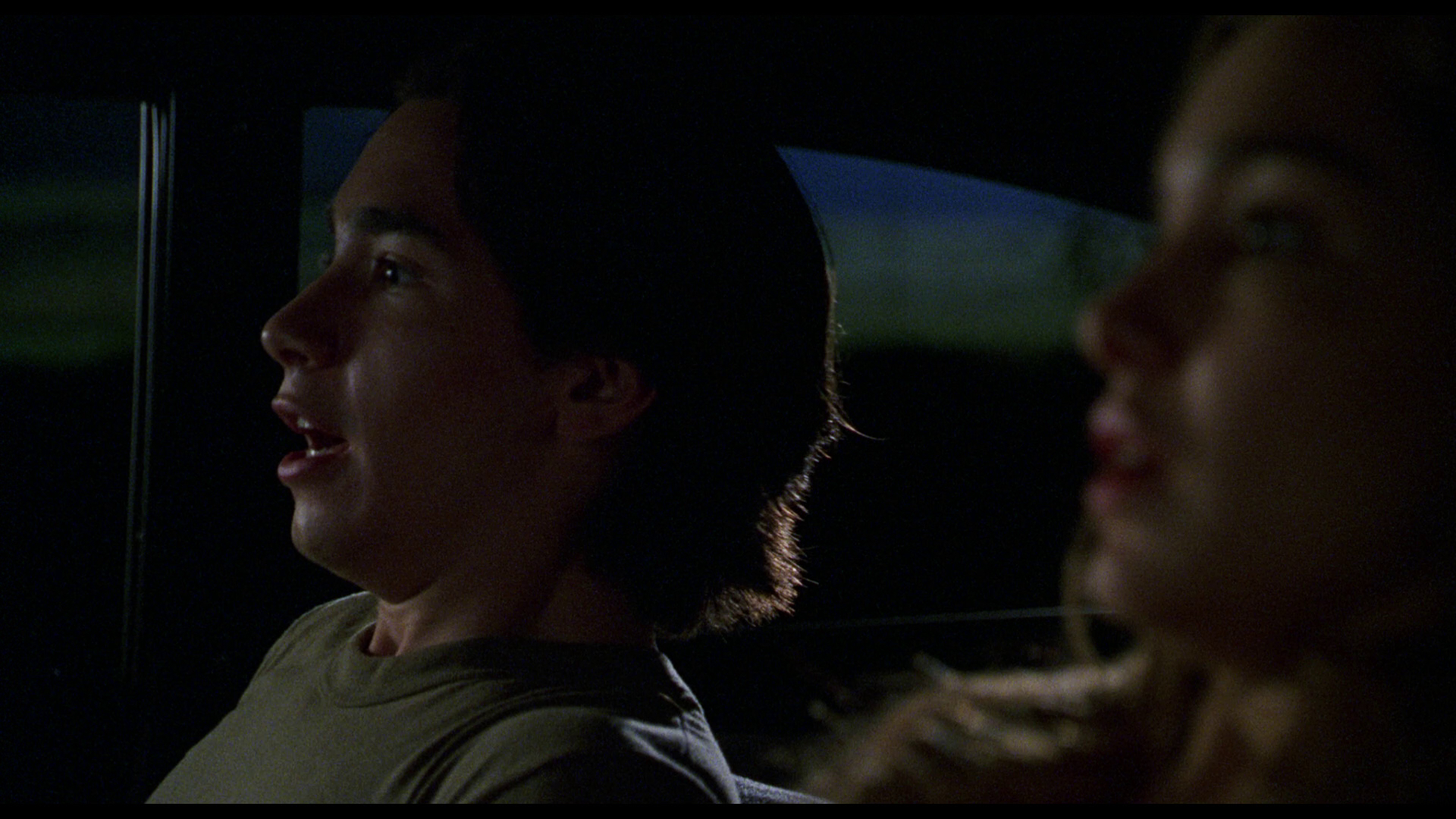 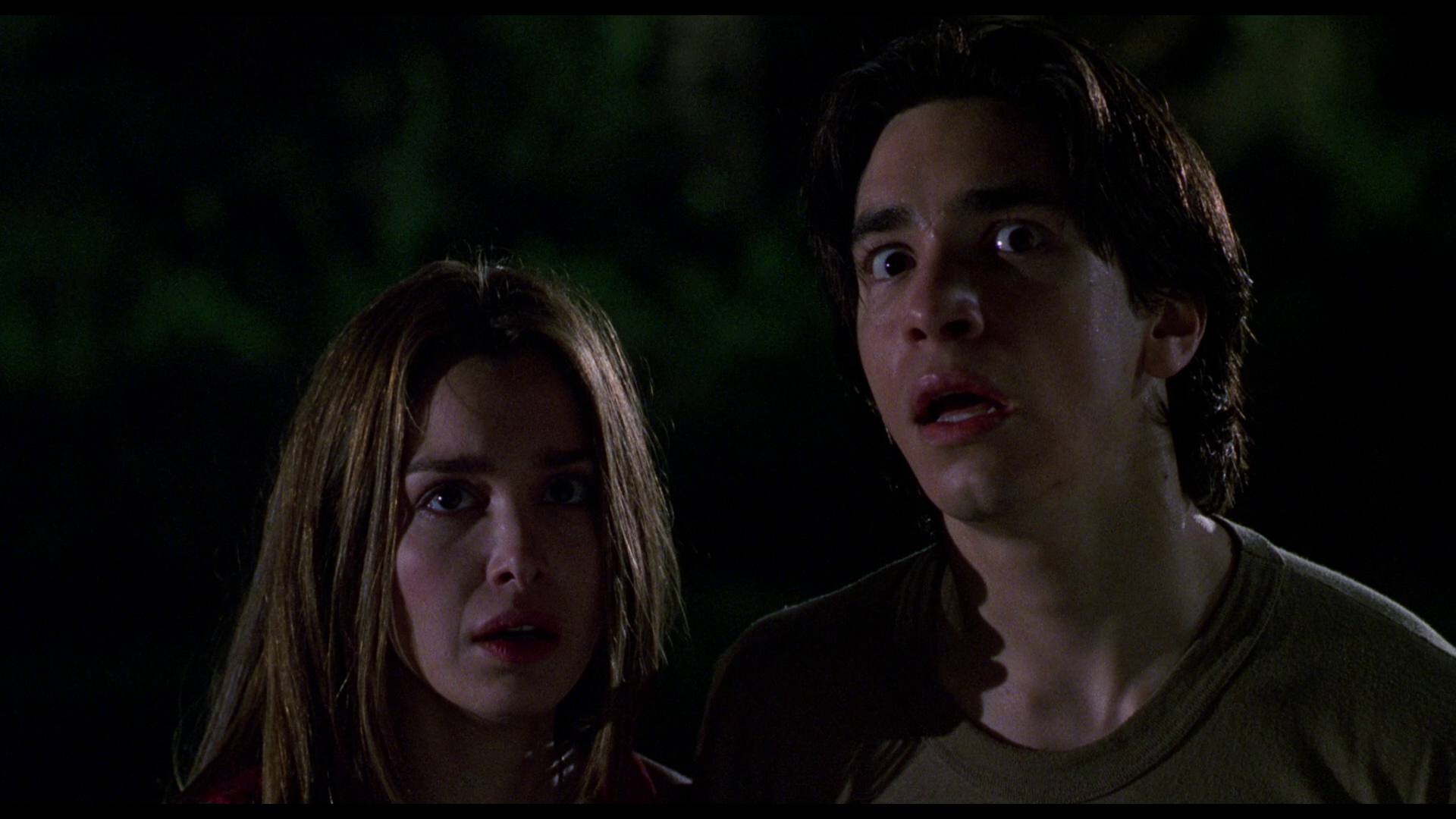 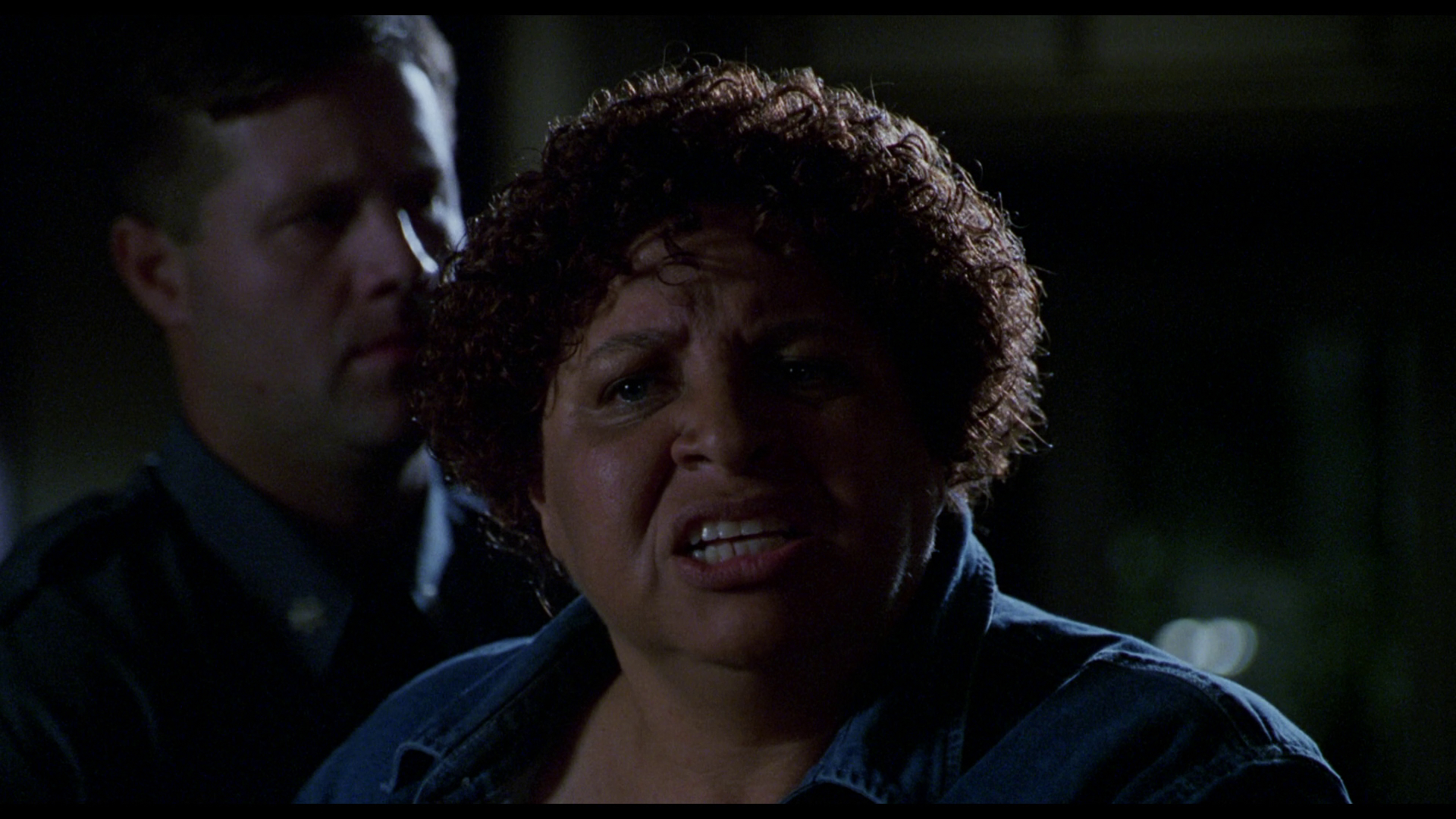 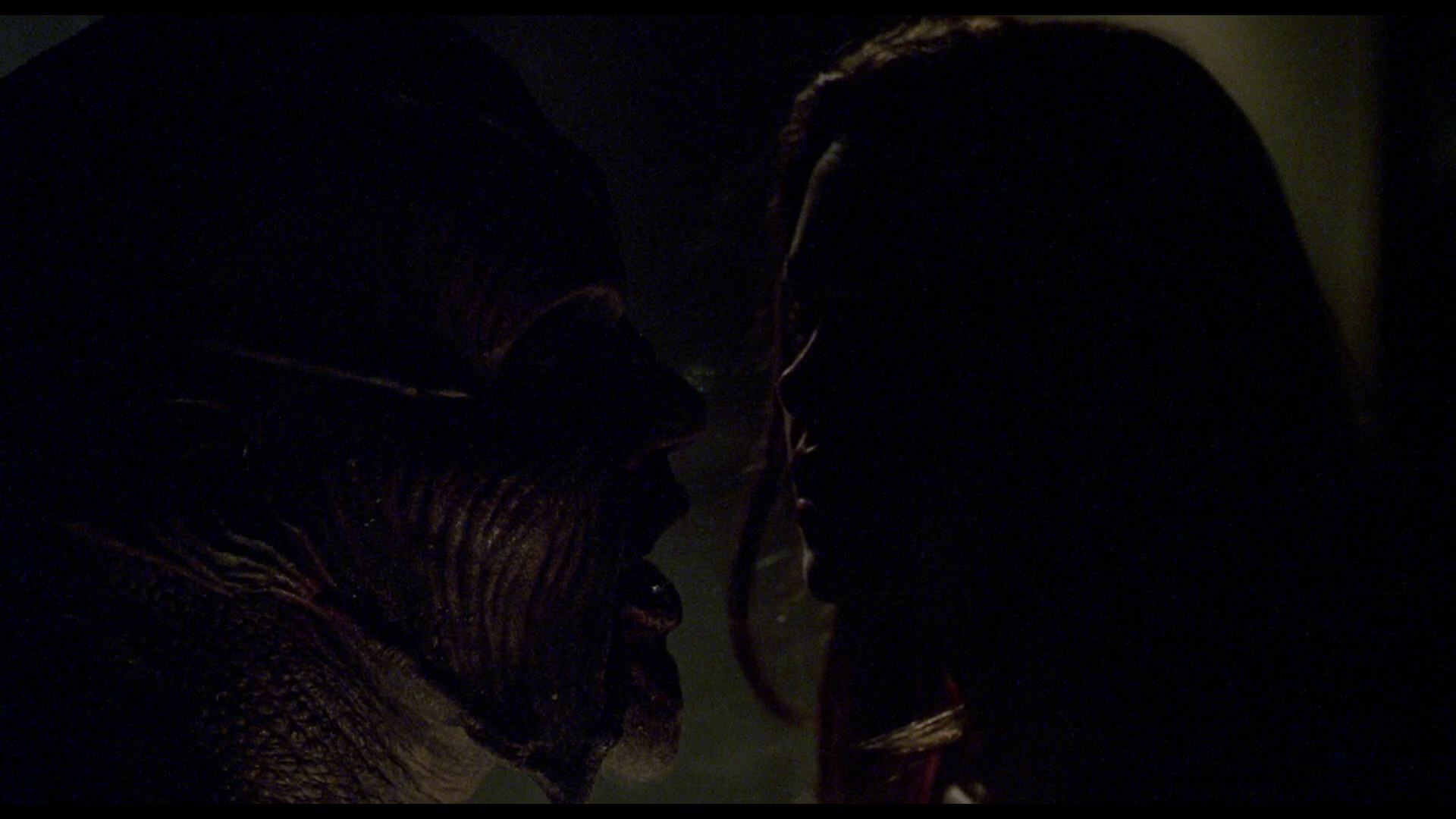