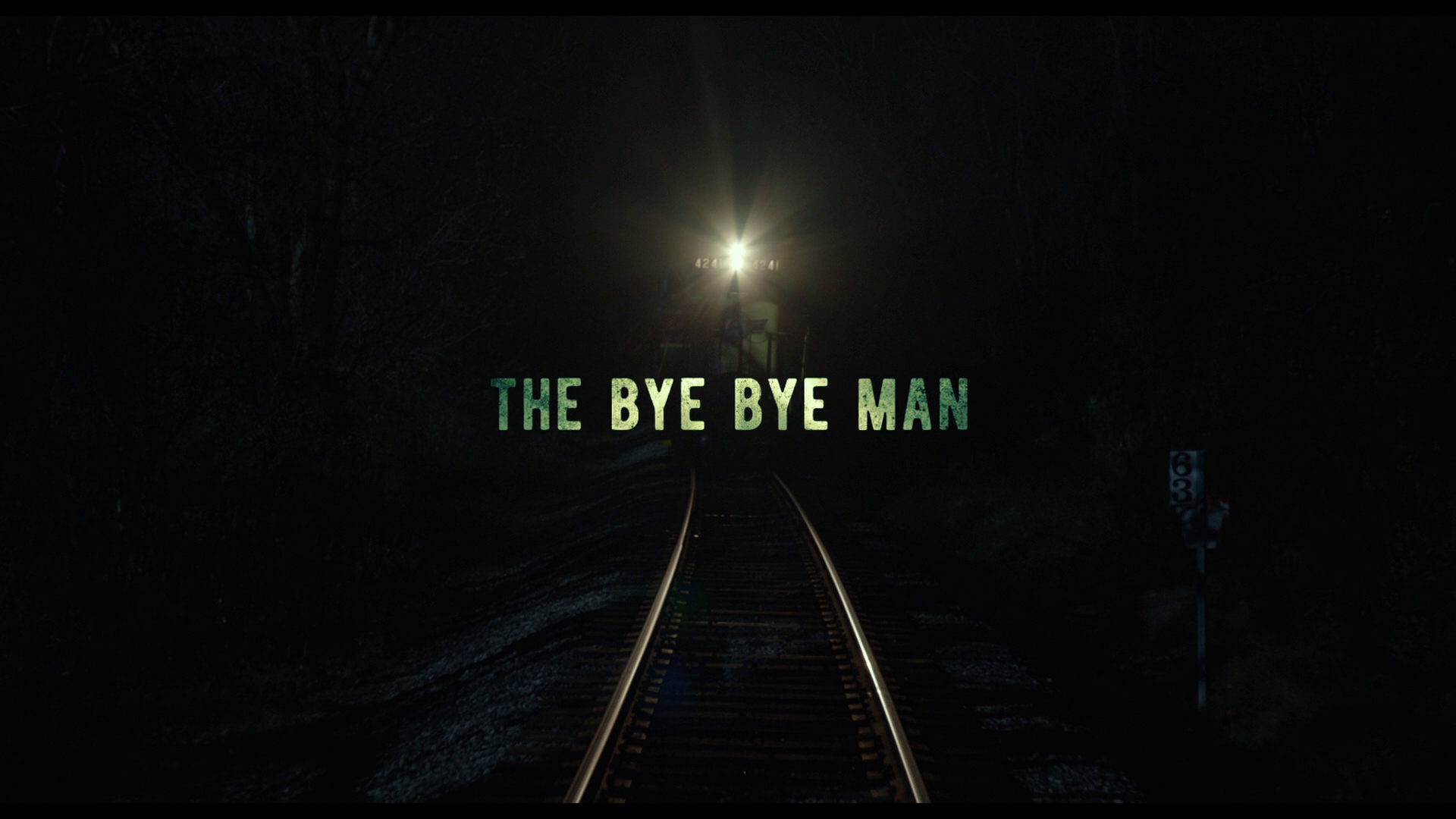 I hate when horror movies offer too much explanation for the bad guy. Michael Myers is terrifying in John Carpenter's Halloween because he is a soulless, pure evil. On the same note, I also dislike when horror movies offer no rules at all for the villain, as in this nonsensical disaster from director Stacy Title. The Bye Bye Man is as stupid as its title. This is a horror movie made without a defined purpose. I get the sense that somewhere between Robert Damon Schneck's story "The Bridge to Body Island" and this stop-start imagining something was lost in translation. Apparently the antagonist preys on the souls of those who speak its name. Why? That is unclear, but what is perfectly perceptible is the terrible acting, lack of dread and choppy editing that sink The Bye Bye Man. Don't think it, don't say it, don't see it!.

If you only caught the first four minutes of The Bye Bye Man you might be tricked into thinking it is a decent movie. Modern horror writer Leigh Whannell cameos as a deranged man with a gun. He pulls up to a house and asks a woman whether she said "the name." When she confirms that she did, the man shoots her dead. He continues his murder spree, mumbling "don't say it, don't think it." Spooky. The movie then shoots ahead in time several decades and immediately is awful. On a college campus (of course) we meet Elliot (Douglas Smith), his girlfriend Sasha (Cressida Bonas) and their friend John (Lucien Laviscount), who move into a rundown house together. Odd things start to happen almost immediately: Elliot's young sister finds gold coins in a nightstand, Sasha develops a mysterious illness, and Elliot finds an image with the name "the Bye Bye Man" scrawled across it. The housemates begin hallucinating and become paranoid, and Elliot starts to research the mysterious man. 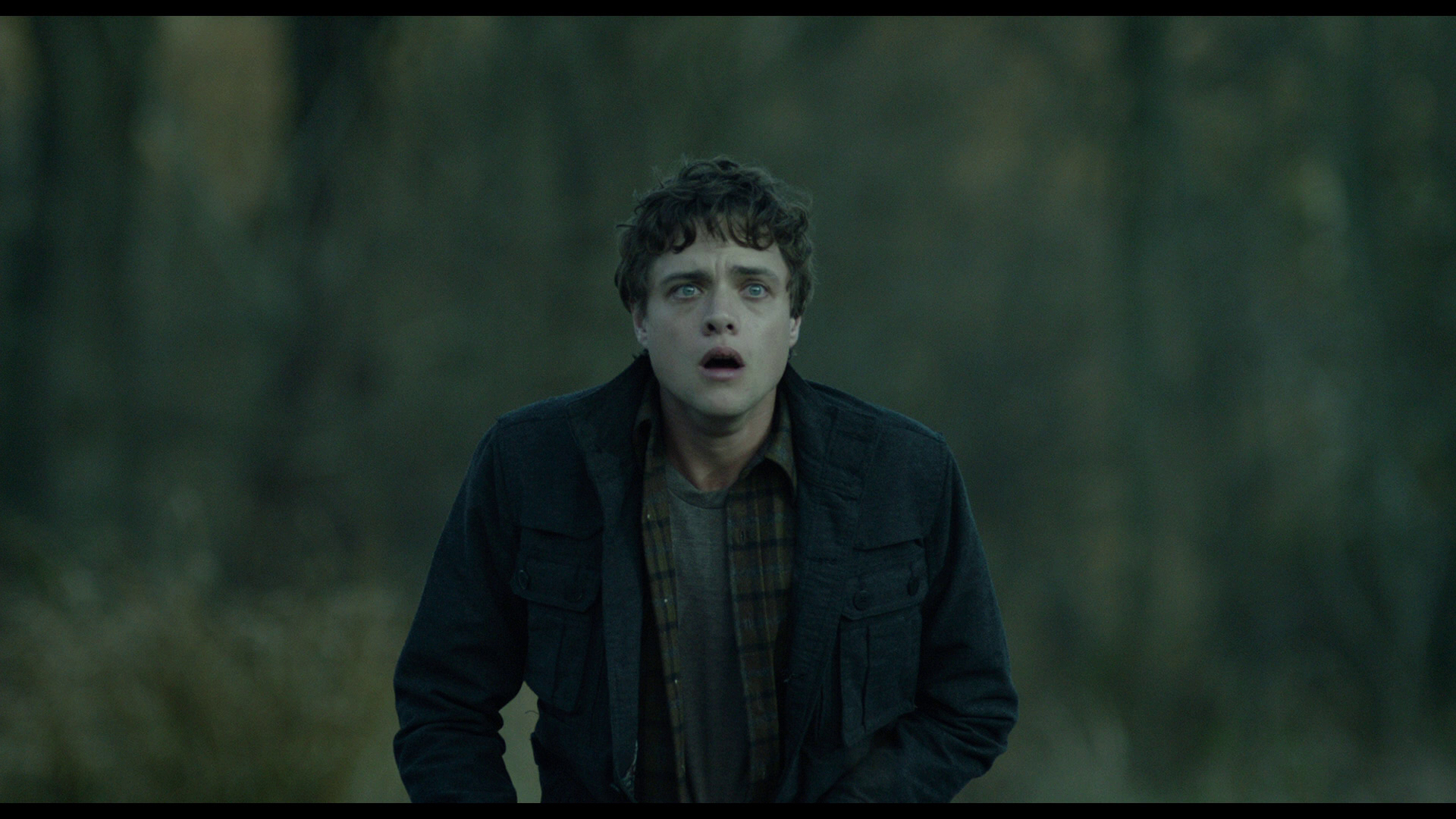 OK, did anyone actually watch this movie before it was released? It makes not one bit of fucking sense. I watched the unrated version, which restores some violence and nudity, and I cannot imagine how awful the heavily trimmed PG-13 cut is. I think the writers forgot to write a backstory for this villain. Apparently the Bye Bye Man has a hellhound and rides a train, but it is unclear whether this is a demon, ghost, or pissed off horror-movie fan. I think the idea here is that once it infects one's consciousness it spreads. What better way to force that than trying not to speak its name. You always have to pee when there is no bathroom around, right? That could have been a clever concept in the age of viral menace and social media, but The Bye Bye Man forgot to create a complete mythology or compelling story. Several of the side characters become infected with the curse (or whatever-the-fuck) and kill their friends and family. Elliot begins to understand what he is facing and tries to save Sasha and John.

There are waaaaaayyyyyy too many bits and pieces of story going on here. There's Elliot, who becomes convinced John is sleeping with Sasha. That is part of the villain's power, to create hallucinations, which also could have been clever in the hands of a better director. Elliot's dad and sister are also tied to the plot. There's also a helpful, doomed librarian, a weird, clairvoyant goth chick, and an awful CGI dog. The plot does not logically progress. There are scenes with the same actors that hardly tie together, and The Bye Bye Man jumps from one event to the next without reason or care. By the time Elliott comes face to face with the villain, who looks like X-Men villain Apocalypse with a white face, I just wanted this trainwreck to end. Bye bye, indeed. 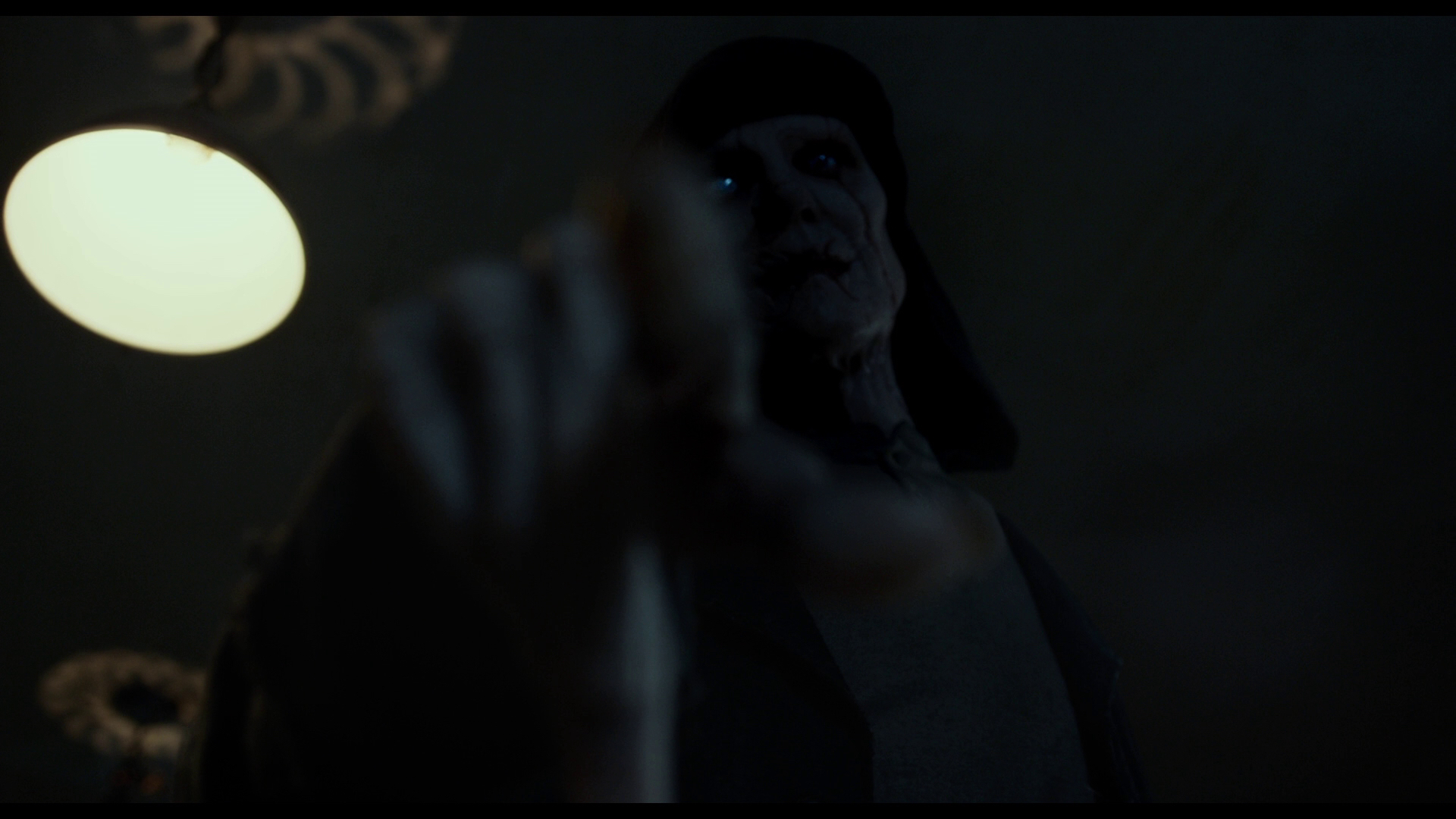 The 1.85:1/1080p/AVC-encoded image is competent, with good fine-object detail and nicely saturated colors. There is moderate black crush in lower-light scenes, perhaps intentionally, and some wide shots are a bit soft. Texture is abundant in the early period-appropriate clothes and later modern sets. I noticed only minor banding.

The 5.1 DTS-HD Master Audio mix impresses with excellent directional sound effects and range. Dialogue is clear and layered appropriately with effects and score. The movie sucks, but this track offers a nice horror-film stage and is plenty immersive. English SDH and Spanish subtitles are included.

This two-disc set includes the Blu-ray, a DVD copy and both iTunes and UltraViolet HD digital copies. The Blu-ray offers the PG-13 theatrical version (1:36:18) and an unrated version (1:39:48). Thankfully, there are no additional extras.

I'll spare you any more puns. Skip It. 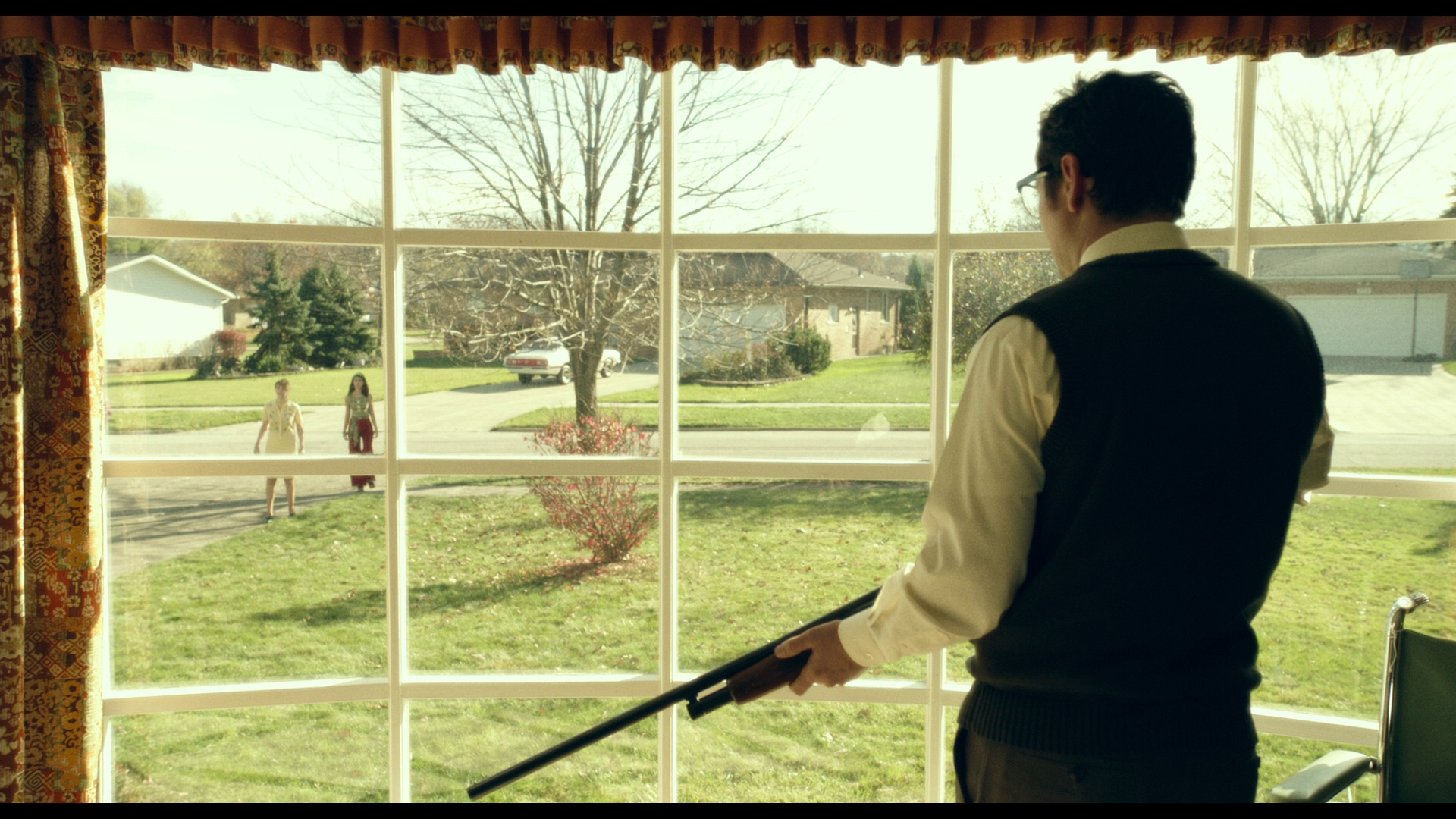 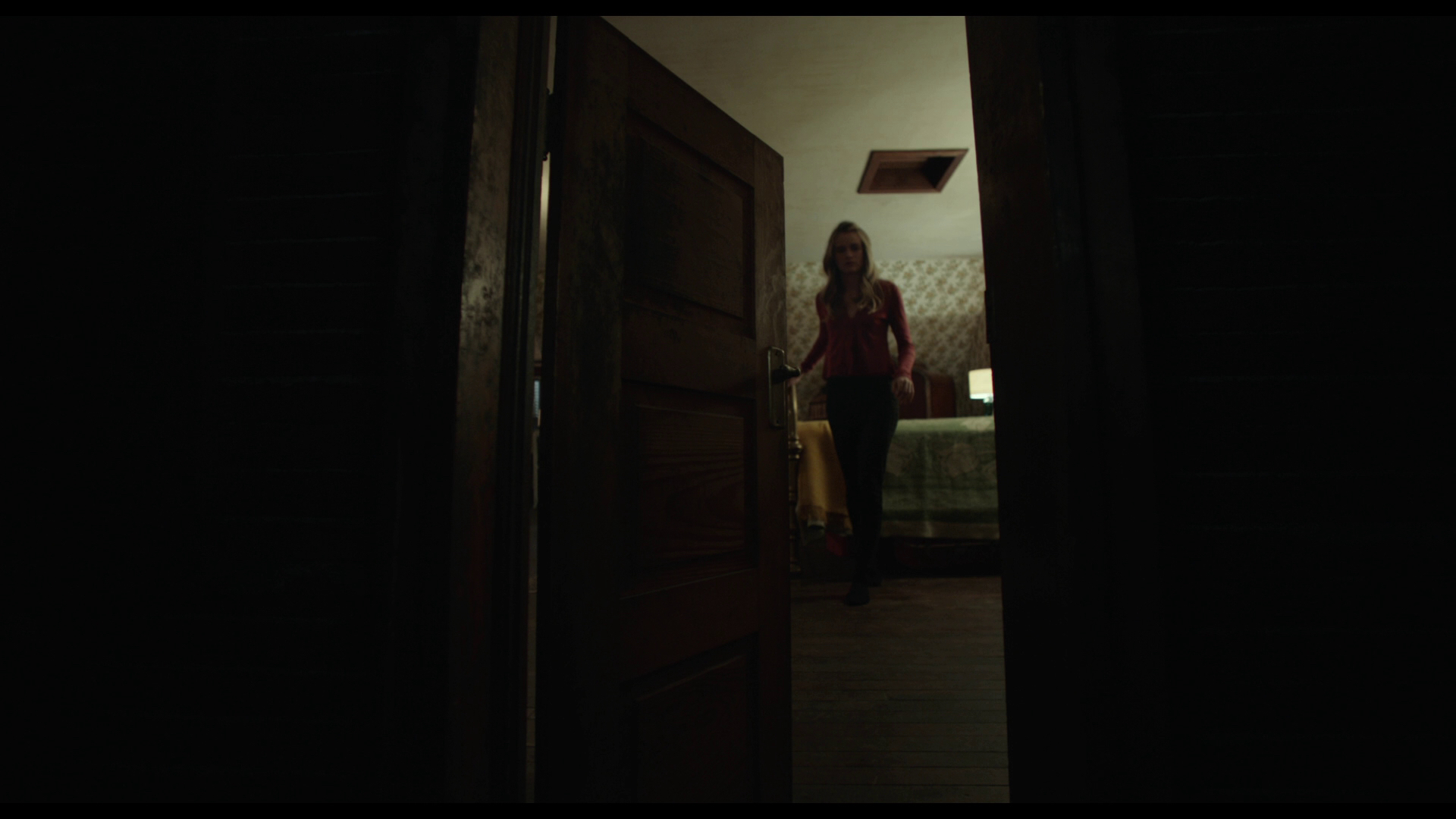 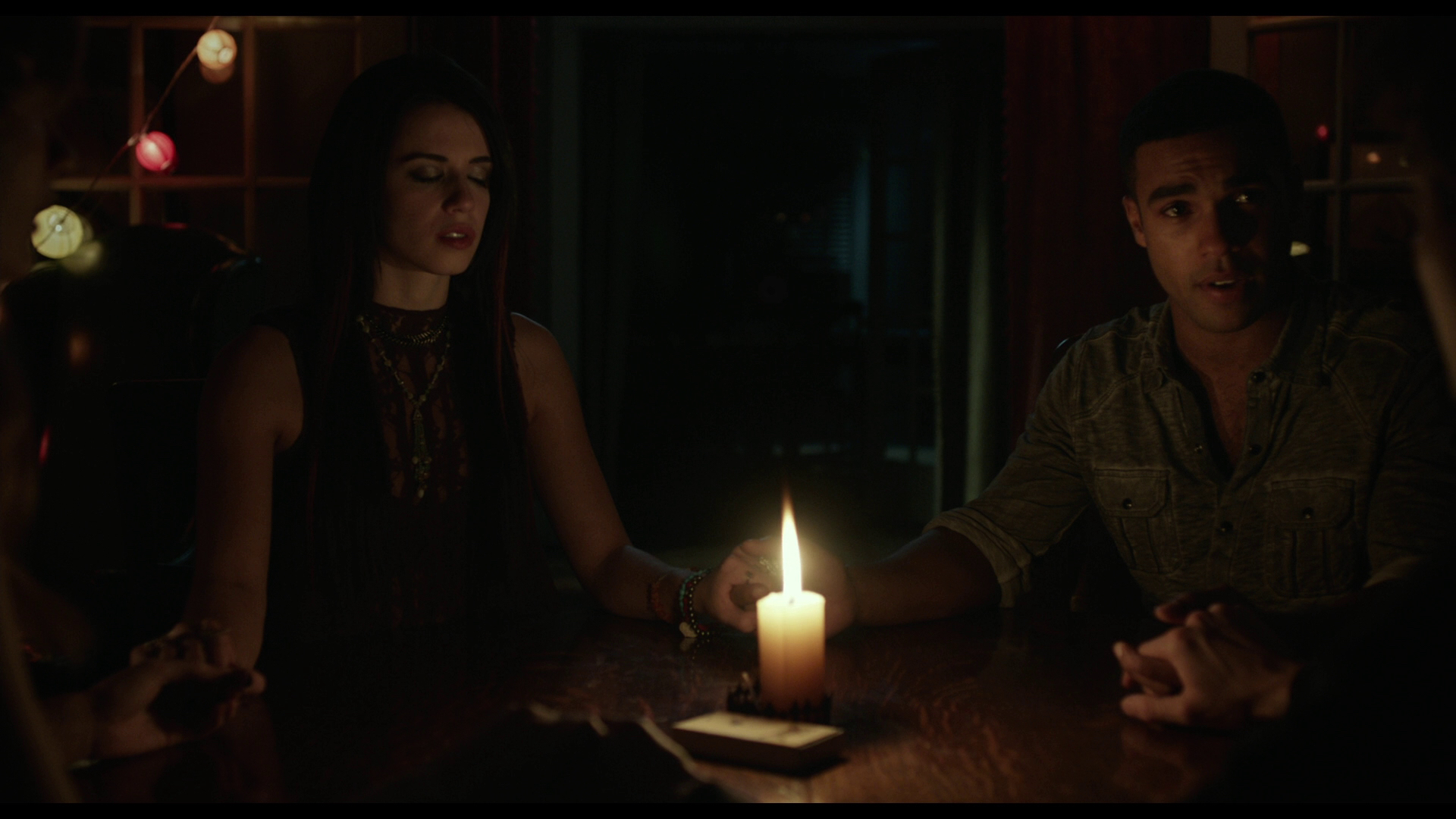 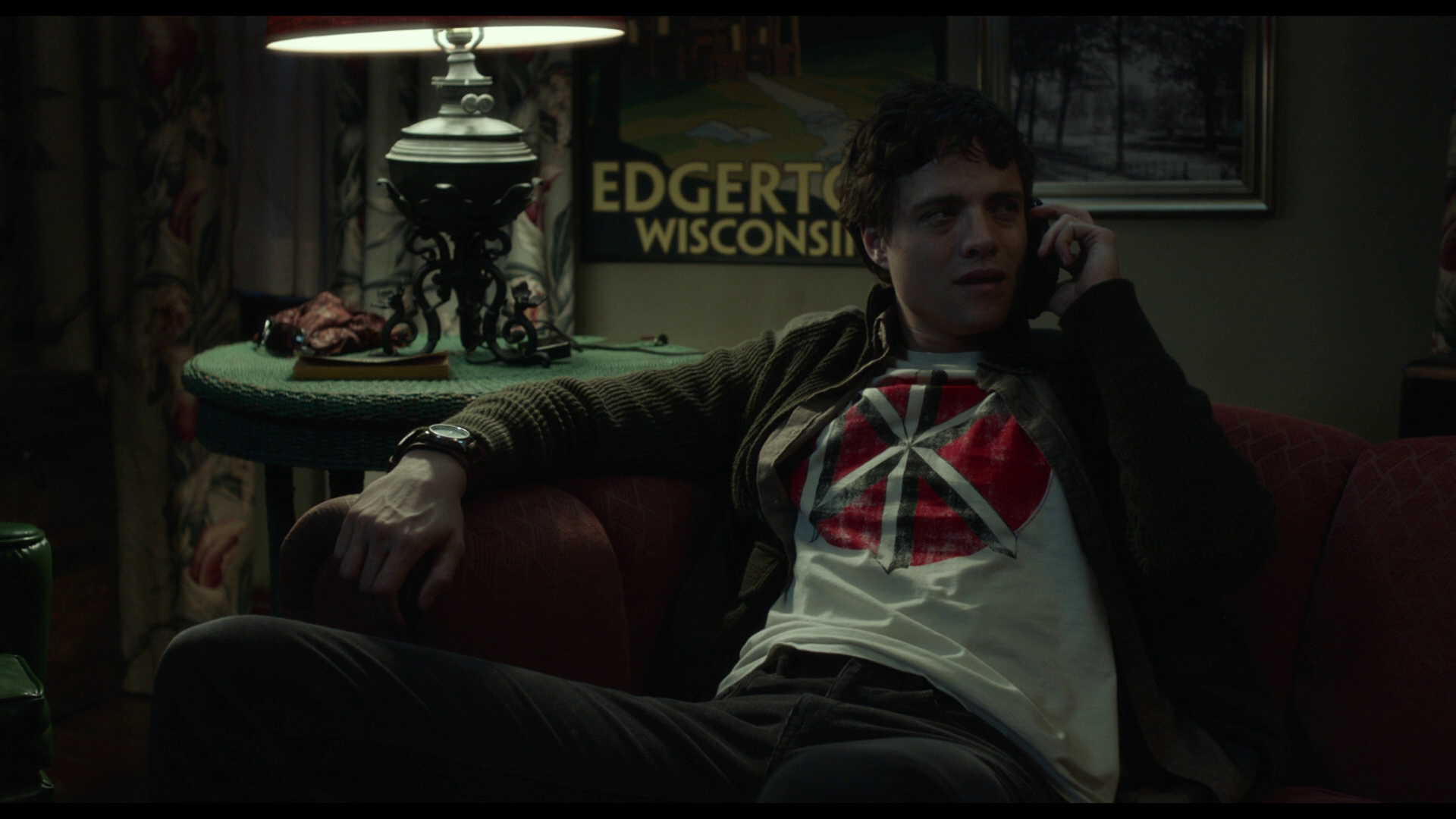 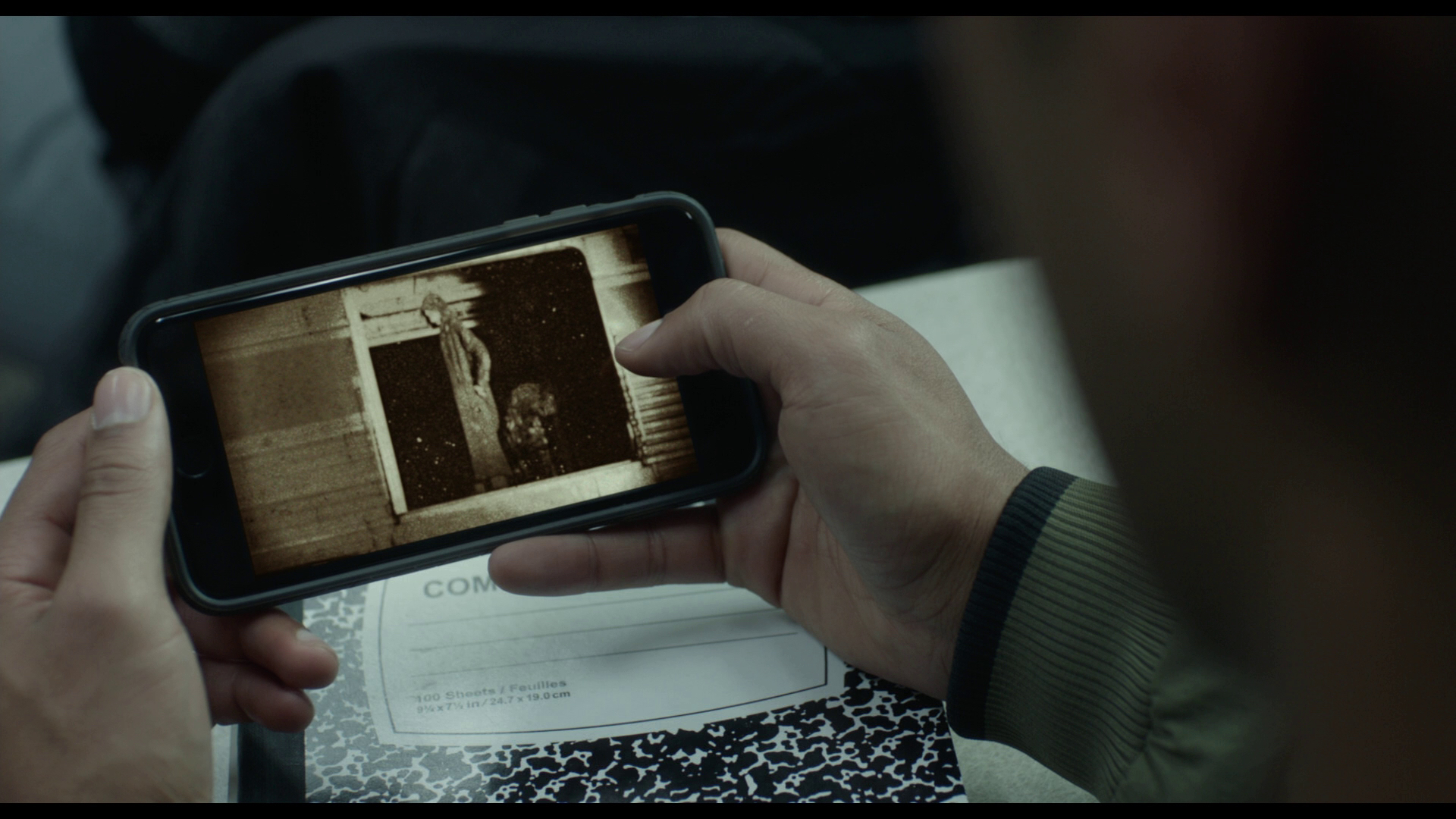 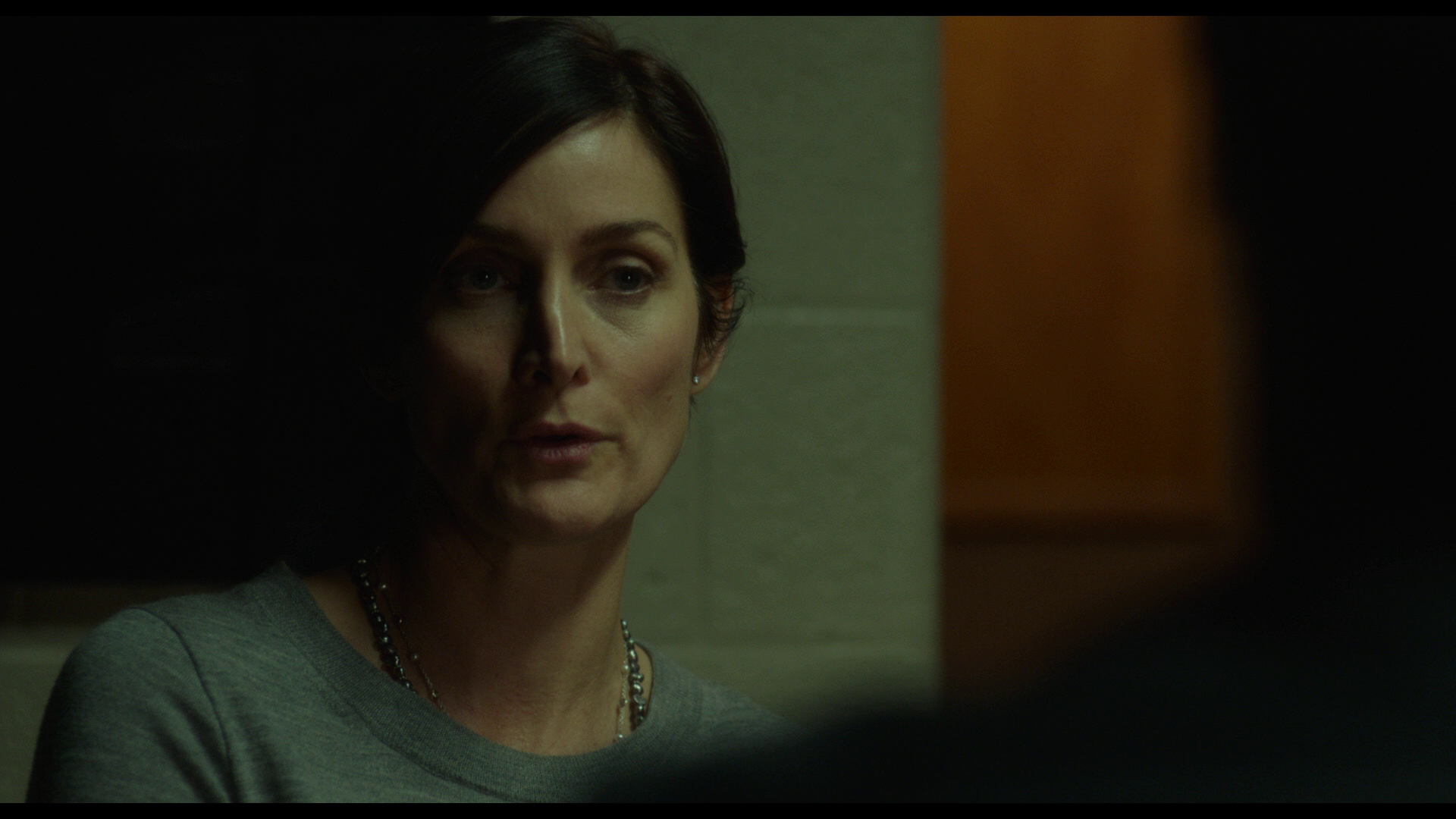 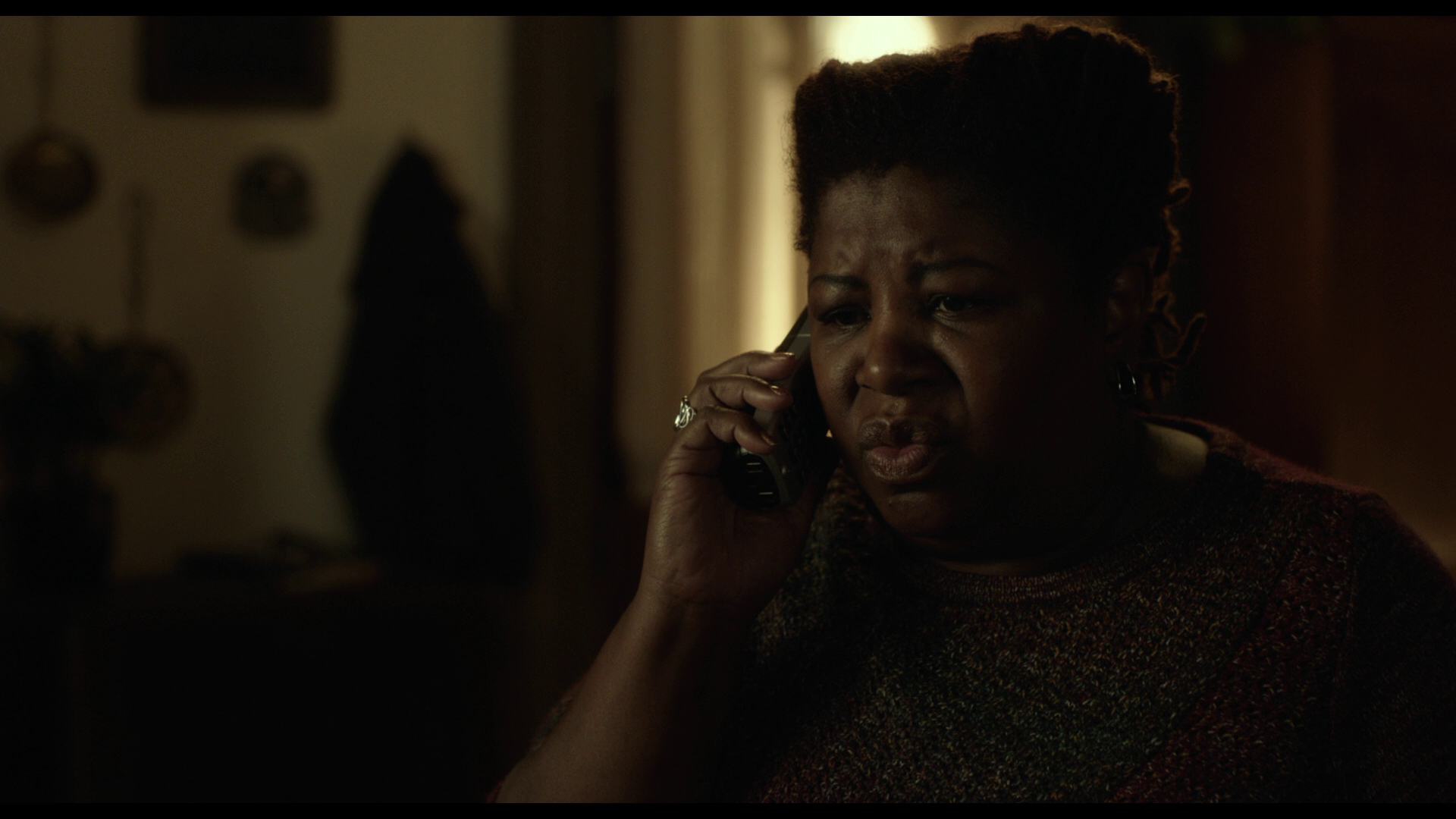 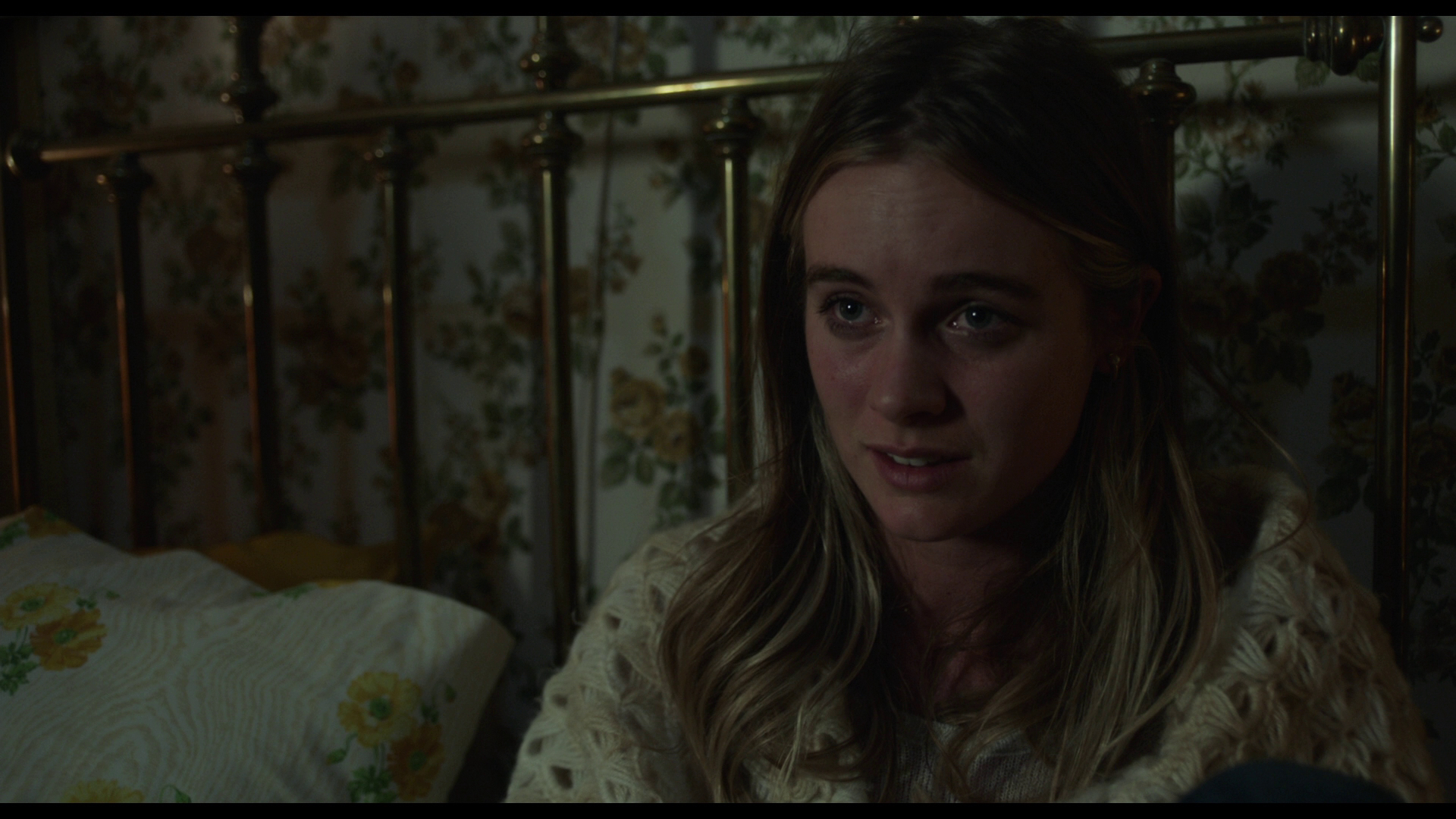