Bring It On: Worldwide #Cheersmack

It's hard to believe that Bring It On came out 17 years ago (or even longer depending on when you're reading this). A true guilty pleasure about the world of cheerleading, it was a rather popular movie released during the late-summer dumping ground weeks followed by an issue as one of the must-have DVDs of its time and sparked endless debates on the fledgling internet as to whether it was intended to be taken seriously or not- one posting I remember asked if it should be considered an "exploitation film that doesn't deliver". Having watched it countless times since then including a re-purchase on Blu-Ray recently, I'm concluding that it was aimed at a mass teen audience but also done a little tongue in cheek. An unexpected side effect of Bring It On however has been a stream of direct-to-video in-name-only sequels over the past decade, none of which continue the original's storyline or characters but just bring more stories of cheerleading to the screen. 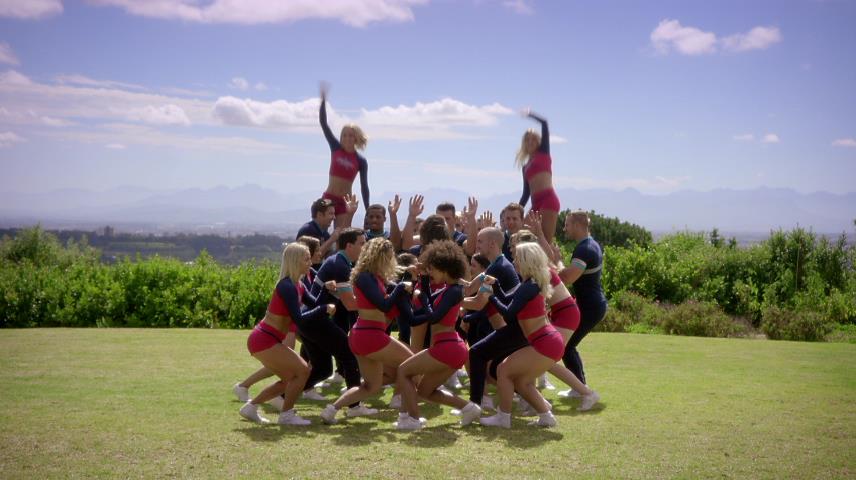 Having absorbed all the extras on the original DVD, enough was said there to convince me that cheerleading is legitimately a sport on its own, and not something just to cheer on other sports- and that's been the theme of these direct-to-video sequels. This latest entry deals with a cheerleading squad called the Rebels that doesn't even show any connection to a school or sports team, they're putting the moves on for the moves alone and seem to have a number of fans. The movie starts out with them putting on a big show in public, with video screens for those seated far away to still get a good look- but their performance is interrupted when the screens get taken over by a mysterious masked (but still scantily clad) gang of dancers who call themselves "The Truth", who declare to the Rebels via a disguised voice that they've just been "cheersmacked"! This causes the audience to turn on the Rebels and boo them off the stage, and word soon spreads around the whole "cheerniverse" that The Truth is asserting its superiority, though nobody knows exactly who they are.

Destiny (Cristine Prosperi), captain of the Rebels and not named after any town in California, figures that her squad needs more male performers so she recruits a gang of street dancers led by Blake (Jordan Rodrigues) to come up with some killer moves that will take down The Truth in their ultimate smack-down. As has also happened in the preceding sequels, arguments and misunderstandings amongst the squad members end up rearing their ugly heads, causing members to leave and friendships to be tested. The focus is still mostly light-hearted, with Rebel Hannah (Sophie Vavasseur) providing most of the laughs as the stereotypical dumb blonde character- though she just might not be as dumb as she seems- along with plenty of routines that are impressive (choreographed by Tony Gonzalez who also did the moves for the previous sequels, though not the original) though there's more wordless dancing this time than actual cheering. Inevitably Destiny and Blake get attracted to each other, and other romances blossom on the team as well. But none of it is anything you haven't seen before, especially if you've seen all the other movies in this series, and it's hard to even care about the lead characters here. This is also one of those movies where social media and the internet in general are far more powerful than I've ever seen in the real world- any little thing that happens gets shared around the world instantly, and there's even an online "Cheer Goddess" (Vivica A. Fox looking like she's literally phoning it in) who not only does an online show about cheering (with perfect picture quality) that everyone watches, but is also available to console any cheerleader in distress at any time with just a mouse click.

This movie hints at something happening "worldwide" that might be exciting, but at the risk of spoiling it I'll say that it does not end with a gathering of cheer squads from around the world in a big cheer-off, but rather squads stay in their own countries and broadcast their moves via the internet, again with impossibly perfect video quality and camerawork. At least this movie is competently made and the actors turn in decent performances, doing what they can with what they've been given. Of course there's plenty of eye candy as well, the one thing you can still expect from any Bring It On movie even if they've lost most of the energy and other elements that made the original so much fun. 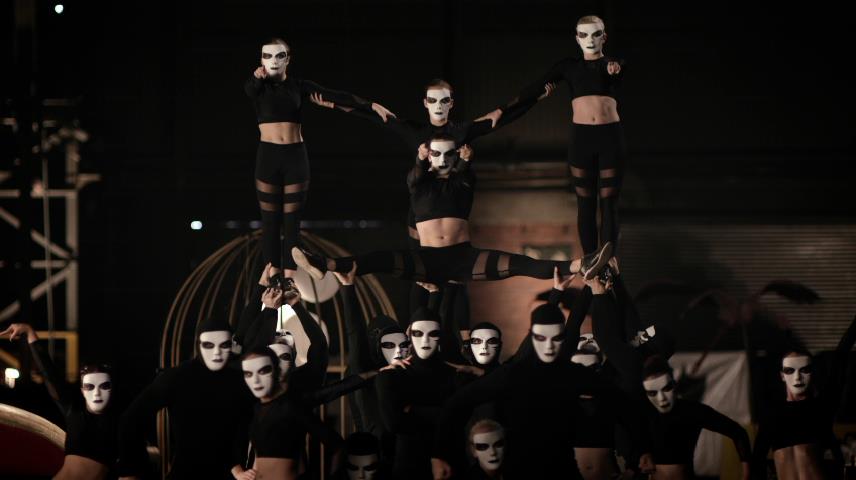 The full-screen 1.78 picture does look very nice, appearing to have been shot digitally and not looking video-like but noticeably absent of any film grain or weave. It's in that weird area of looking like something between a movie and a production made for TV. Colors are very bright as well, and the disc encoding has no noticeable compression artifacts or banding.

The 5.1 DTS Master Audio mix is sparklingly clean as well, but not nearly as surround-heavy as the past entries in the series. Some music finds its way into the surrounds but that's about it- the music included here is pretty forgettable also, nothing that'll stay in your head the way "Get Ready For This" did in the original.

Dubs and subtitles in Spanish and French are included, as well as hearing-impaired English subs.

Three separate but similar behind-the-scenes featurettes are included, showing the usual cheering and dancing rehearsals that the extras on the previous movies have also shown, and commenting a bit on the visual style of this production which again is quite colorful. There's also a short one-minute gag reel. If you have BD-Live enabled, the disc will start out with a few "fresh previews" which came up different each time I played the disc but in rather low picture quality with 2-channel sound. If you disable BD-Live, you'll instead get much higher-quality previews with 5.1 audio from the disc for Cult of Chucky, All I Want For Christmas is You and The Space Between Us. 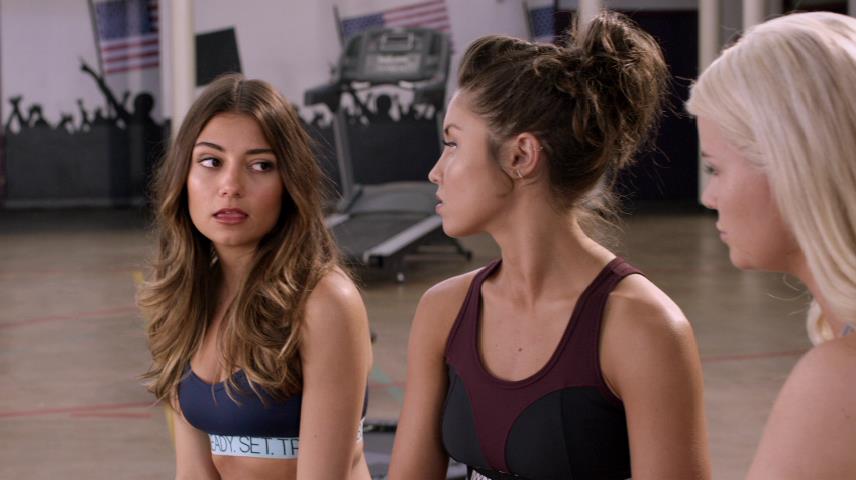 None of the Bring it On sequels can hold a candle to the original, but someone must be buying them since they keep coming out every few years. This one is especially forgettable and loses most of the cheer in cheerleading, but I'll give it points for at least being nice to look at.