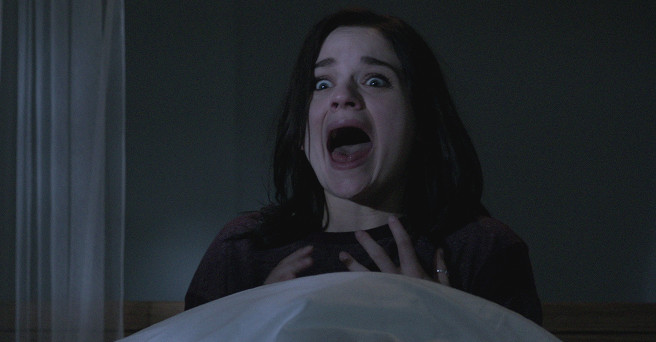 I don't care what you can prove to the contrary, I discovered Joey King. She completely outshone Selena Gomez in Romona and Beezus, which admittedly must not be hard to do, she was the only bright spot in Family Weekend, a terrible film from top to bottom, and she is usually the highlight of each scene in which she appears. I called her as someone to watch years ago, and she's not disappointing her fans. She doesn't choose good movies though, not since she grew old enough to know better, and that's a major problem. The Conjuring, White House Down, Wish I Was Here, Stonewall, Independence Day: Resurgence; she needs to start making better decisions when it comes to what she appears in, because she's a legitimate talent who deserves to be seen, not just another actress whose skills are wasted on terrible films. 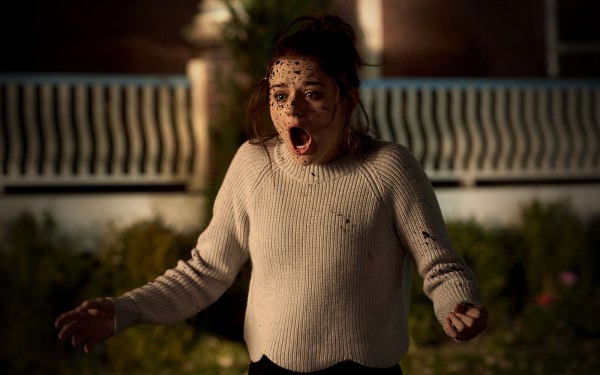 Clare's mother committed suicide when she was young, leaving her alone and unhappy with a father who just didn't know what to do next. They were a joyful family with a nice home, with art and music in their lives, with love for one another, until that tragic event, and no one could properly move on because no one could understand why it happened. Now Clare is in high school, she's a bit of an outcast who constantly has run-ins with the popular crowd, and who always has to defend her father, a man who collects metal junk from dumpsters and wherever he can find it. Clare's life isn't wonderful, and there are so many aspects, both past and present, that she wishes she could change.

Her opportunity comes when she least expects it, when her father brings her a present in the form of an odd box he found in front of a creepy gate where he was searching for new treasures. Apparently, the box grants wishes, because Clare's rival finds herself in the hospital right after Clare wishes her harm. After some study, it seems good for seven dreams come true, but each one comes with a price. Blood must be paid to the ancient Chinese gods whenever a request is spoken to the box, and there are even more rules that make this wonderful chance to change your life not so wonderful after all. Clare must solve the magic of the box before her wishes destroy the very happiness that she longs for so much. 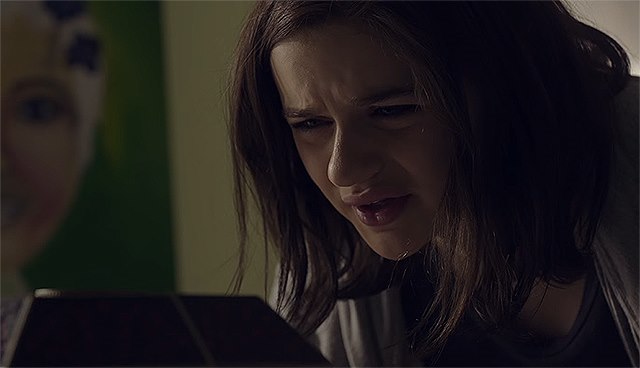 Joey King is a revelation, but she needs a career coach or something, because it seems like she can't get out of her own way. She's a unique talent, has a unique look, doesn't shuffle into the standard lineup of young actresses, and is capable of really great dramatic and comedic work. I noticed her as a cool kid, she's growing into a strong actress, and she has her entire career before her; she just needs to pick better movies. Her film choices are suspect as best, and her scripts aren't written to her benefit at all. Take Wish Upon, which is one of the most horribly written horror flicks or otherwise that you will come across this year or any other, a ridiculously terrible film that makes you question whether you should ever watch one again.

It's Final Destination meets Death Note meets The Edge of Seventeen, but basically the poorest parts of each, as if the director was intentionally making the worst movie of the year. It's one of those stories and those scripts that appear so incredibly amateur and so stupid that you question your own taste level, you wonder how anyone could make something that is so obviously bad. Ryan Phillippe is terrible, Barb from Stranger Things makes an unfortunate appearance, all the dialogue is ludicrous ("Hold up, you dig on multiverses?!"), and there are basically no redeeming qualities to make this movie recommendable. I can only hope that my protegee, Joey King, proves soon what a wunderkind she is before her mistakes pile up so high they block out the gleam.

Video: With an aspect ratio of 2.40:1 (1080p HD 16x9), the video quality of the Blu-ray disc is probably the strongest part of the film, and the only thing that deserves credit. Not only is the clarity quite crisp and the color vivid, but this film doesn't try to hide in darkness to scare you, which I appreciate. The picture is a high point, but the cinematography doesn't exactly turn the film into something watchable.

Audio: The Blu-ray disc is done in English DTS-HD Master Audio 5.1, with an option of Spanish DTS Digital Surround 5.1. Subtitles are available in English SDH and Spanish. The audio quality is fine, with no major errors to report, but the sound is forgettable overall, with a soundtrack that I already can't remember and won't be seeking out.

Extras: There are just a few extras on the disc. I Wish is a 2-minute behind-the-scenes segment. Attic Tour with Joey King is a 2-minute look at the set. Directing Darkness is a 2-minute sit-down with the cast and crew. Motion Comics features two back stories to add to the plot. 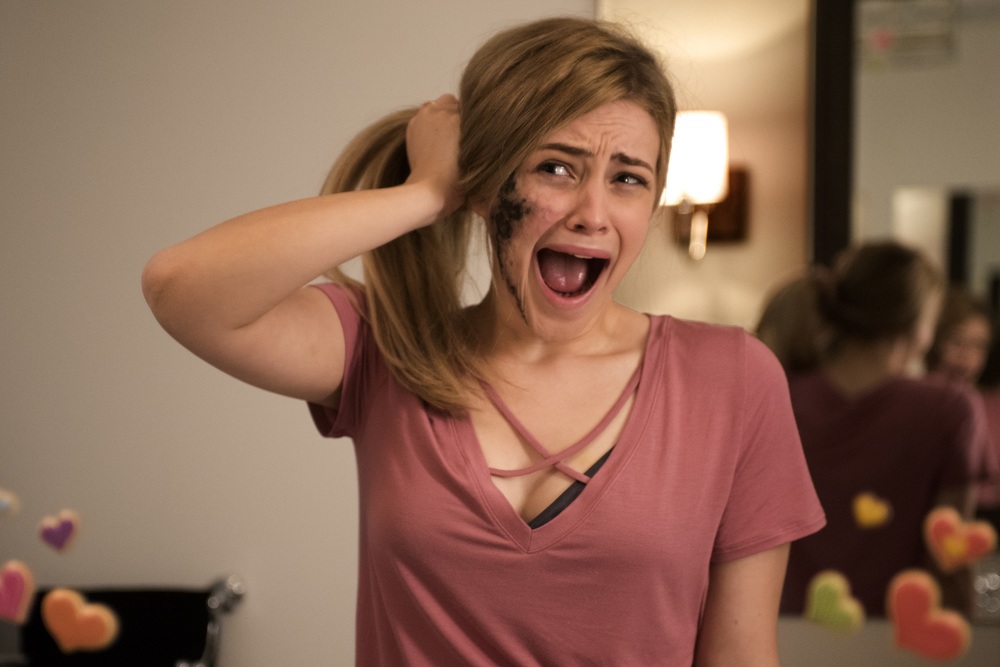 Skip It. Wish Upon is one of the worst movies of 2017, down there with Dig Two Graves as a horror movie that didn't need to be made, and wasn't made very well. They both borrow from others, but do a terrible job of A) disguising it, and 2) instituting an improvement. You can't make a genre film that leans heavily on contemporaries and then do everything worse than they did; I guess no one intends to do that, but that's exactly what happened here. This movie is plain awful from top to bottom, with no real redeeming characteristics, a mess from the first scene that basically no one should watch. The video is pretty good, the audio is unremarkable, the extras are throwaway, so don't expect much from the technical aspects. And don't expect much from much else either, as those involved in this film need to ask themselves why they were and what they expected to happen.