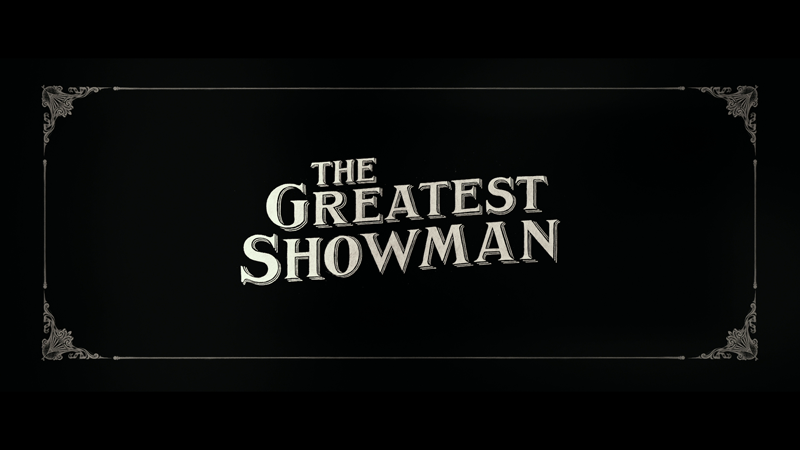 Hates: When people write off the musical

This movie is a treat to behold.

Not much more needs to be said about first-time feature director Michael Gracey's The Greatest Showman. You either enjoy musicals or you don't (and if you don't, you probably have only watched bad ones.) There's no need to defend Jenny Bicks and Bill Condon's story, which presents a fantastically fictionalized version of circus mastermind P.T. Barnum's life, with imagined dramatic elements introduced as necessary to create an interesting plot arc. The story is most importantly a moral-focused delivery method for the songs, pacing out the big musical numbers, which are simply wonderful. Are they manipulative? You better believe it. Does that matter? Nope. They grab a hold of you and all but tell you how to react and--if you have a heart--you do so.

Hugh Jackman plays Barnum, an imaginative dreamer whose sole motivation is to prove that he's better than anyone has ever thought him to be. He pursued his wife Charity (Michelle Williams) because of how her father treated him as a poor child. He strived for success as an entertainer so people couldn't look down on him and his family. He risked everything--personally and financially--to make a star of Swedish singer Jenny Lind (Rebecca Ferguson) just to prove he was more than a ringleader. That self-absorption is one of the few things the film gets dead-on about the real Barnum. But that lack of historical accuracy is nothing that should be held against the film. The Greatest Showman is not a documentary. It's a musical fable based in quasi-realistic history, a love letter to the dreamers and the outcasts--you know, theater folk. 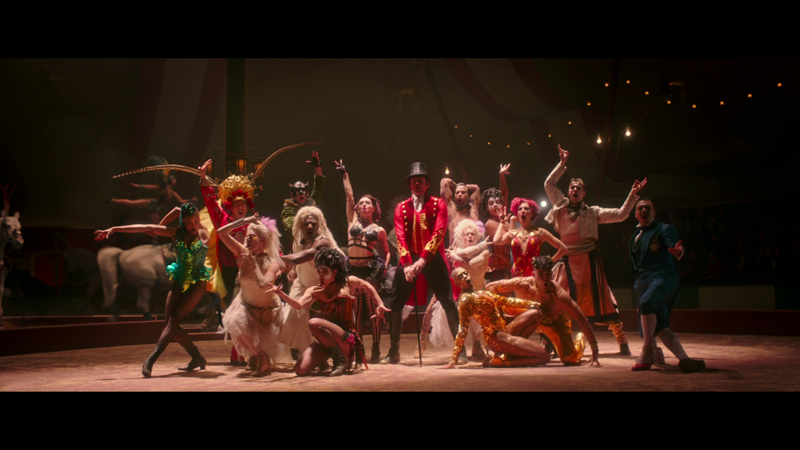 Barnum's quest for glory crosses paths with respectable producer Carlyle (Zac Efron), whom he convinces to run away and join the circus, mainly on the appeal of spending more time with Anne (Zendaya), the trapeze artist. However, Anne's race (and social status) causes trouble for Carlyle in his high-society circles, and the way he handles it doesn't help their budding connection. It's just one version The Greatest Showman's core theme: people need to be themselves and be happy that way, a point hammered home by the "oddities", Barnum's troupe of sideshow characters, including a bearded lady (showstopping singer Keala Settle) and little person Tom Thumb (Sam Humphrey).

Though the plot may be thin--most of the drama involves interpersonal relationships and their ebbs and flows, and redemption for the self-centered Barnum is too easy in its acquisition--the film has plenty of weight where it counts, and that's the musical numbers. Written by the wunderkind pairing of Benj Pasek and Justin Paul (of Dear Evan Hansen and La La Land fame), the songs in The Greatest Showman range from pulse-quickening stompers like the opening "The Greatest Show" and the anthemic "This is Me" to the soaring "Never Enough" (an all-time great belter courtesy of Loren Allred) and the classic give-and-take duet of Jackman & Efron's "The Other Side". The songwriting duo created the tunes to have a modern pop sensibility, and the emotion they engender is infectious, whether its a romantic tune like Efron and Zendaya's "Rewrite the Stars" or the introspective "Tightrope" by Williams. There's not a song here that doesn't work at evoking the emotion of the scene perfectly, in a blend of radio-friendly catchiness and stage-worthy craft.

If the music wasn't already a tremendous asset, it is aided in its audience manipulation by the film's delightful choreography and artful cinematography. Though listening to the music on its own is an enjoyable experience, the addition of intricate dancing and slick, beautifully-composed camera work (in the service of an attempt to maximize practical effects) raises it to another level, a reality made clear during "The Other Side", which combines the three elements (not to mention Jackman and Efron's singing) in a tightly-designed high-wire act built around sliding shot glasses and bar-top tap full of clever physical storytelling and kinetic visuals. The same can be said for "This is Me", in which the aggressive choreography--watch Zendaya's dance acting--adds a layer of energy to the song that underlines its defiant spirit. The sense of joy and jubilation delivered by The Greatest Showman is reason enough for its existence. It is a musical afterall. 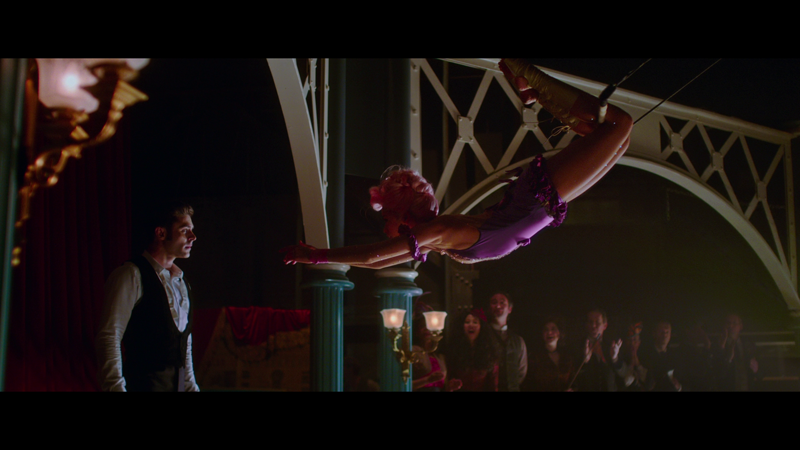 The Greatest Showman arrives in a two-disc set (one Blu-ray, one DVD) packed in a standard-width, dual-hubbed keepcase with a holofoil-coated slipcover. The animated menu provides the choice to watch the film, select scenes and check out the special features. Audio options include English 7.1 DTS-HD Master Audio, Dolby Digital 2.0 and Descriptive 5.1, and Spanish and French Dolby Digital 5.1, while subtitles are available in English SDH, Spanish, French, .

The Greatest Showman is a visual spectacular, with gorgeous production design, an active camera and a very stylized look, and the 2.40:1, 1080p, AVC-encoded transfer on this release brings it home in beautiful condition, providing the fine detail, clarity and saturation needed to ensure proper delivery. (Though the clarity also reveals the lower-budget CGI work in spots, like the artificial-looking lions.) Whether the film is going for the look of an old movie musical in a rooftop, moonlit dance sequence, a moody oil painting of a man at his lowest point or an explosion of color and lights under the big top, this image is spot-on in its presentation, and the disc introduces no digital distractions to the affair. The "Rewrite the Stars" sequence is as good an example of what this disc is capable of, with the main lighting--a solitary spotlight--diffusing gently into the dark, as Zendaya and Efron swing through the scene on ropes, without an issue to be spotted.

Turn up your bass. Choosing a modern sounds for the film means the film has plenty of percussive hits to enjoy, and the 7.1 DTS-HD Master Audio track brings that power to your home wondrously right from the first moment. Prepare for complaints from the neighbors because you're going to crank the volume to soak in all the musical magic the film throws at you. That's not to say the film doesn't handle the less aggressive elements well, because there's an active soundstage to enjoy, with impressive environmental sound in the surrounds, while the dialogue is clean and crisp throughout (even during Jackman's whispered first few lines.) But, let's be real. It's all about the music, and you get to fully enjoy all the layered sound in pristine condition, with little details revealing themselves throughout.

The key extra is an audio commentary from Gracey, who breaks down everything that went into the film, from the first logo that appears. Though he does a good deal of narrating while watching the film--and pointing out every miniature--the director discusses the practical effects in the film, changes to the film that occurred during filming and details from the production, as well as notes from Barnum's real life (though I believe some are incorrect.) In a great and welcome touch, the commentary is available with English, Spanish or French subtitles.

"The Family Behind The Greatest Showman" (14:05) is a behind-the-scenes making-of featurette, which goes back to the origins in Jackman's hosting of the Oscars in 2009, and follows through the development, casting, the creation of the music, the choreography, and the rest. The story of the movie is told through interviews with most of the bold-faced names in front of and behind the camera (with the exception of Williams) and a load of on-set footage from rehearsals and shooting. The thing that stands out about this featurette is the artistry with which it was shot. It does not look or feel like your average EPK piece.

Obviously, when it comes to a musical, the songs are the core, and they get an impressively in-depth exploration in the nine-part, 70-minute "The Songs", which features Pasek and Paul and Gracey, as they discuss how the songs came together, with the songwriters performing at the piano as they explain the motivation and process behind their songs (along with demo recordings--some full variants, workshop footage and interviews with the cast.) If you're a theater or music nerd, this is a hook-it-to-my-veins kind of peek at how a musical is born. (Oddly, though she wasn't heard from in the "Family" extra, Williams does appear here.)

"The Spectacle" (32:13) is similar in concept, with its five parts each focusing on a different part of the production, including the characters (which covers the costuming and stunts), the choreography, the cinematography, production design and the scoring. As with "The Songs", there are plenty of interviews--with the crew this time--and there are a lot of great insights in here, including closer looks at the background costumes, on-set footage of the camera movements and tests of the trapeze choreography.

A selection of galleries are available to check out, letting you enjoy concept art and storyboards from the film's production. These can be explored manually or via auto advance.

One of the things that helped extend the film's surprising box-office run was the introduction of a sing-along version, with karaoke-style visible lyrics. You get to experience this at home with this disc, which lets you learn all the rapid lyrics of "The Other Side" and learn all the other great songs in the film.

If you want to revisit each memorable morsel of music and visual greatness that is the film's musical numbers (and you will), the Music Machine extra menu allows you to jump directly to each song in the film (including the end-credit versions.) This is quite handy, as you can jump to the songs with or without the on-screen lyrics, or play all the songs in a row.

Wrapping up the on-disc extras are two theatrical trailers, in which you can see how the marketing attempted to hide the film's musical nature. Also included in the package is a Movies Anywhere code for the film. 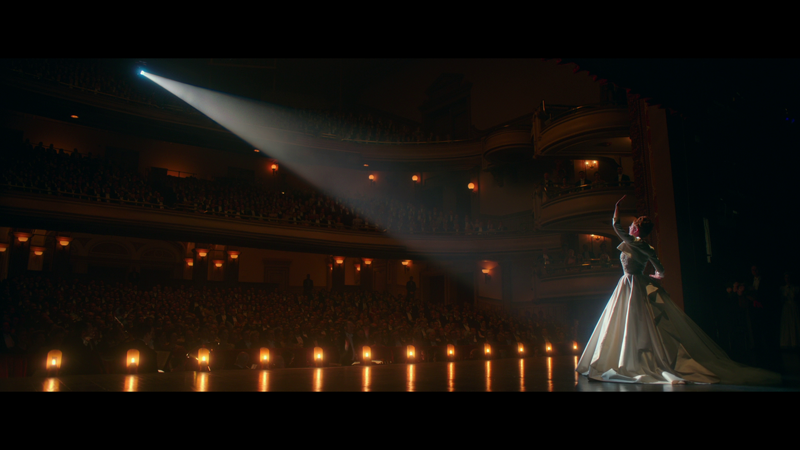 Musicals are made to make you feel, but few films are capable of achieving the pure emotional manipulation that The Greatest Showman is capable of performing. To paraphrase a certain nightlife expert, this film has everything: romance, drama, humor, pain and joy, all in a package that is as catchy, toe-tapping and chills-inducing as anything Hollywood has offered in the modern era. Fox' Blu-ray has kept pace with the film, gracing us with a gorgeous presentation and a collection of legitimately meaningful bonus content that gets us inside the production. Some people just don't dig musicals, but this feels like the film for them to try to see if they could enjoy people breaking into song. For the musical-minded though, it doesn't get much better than this.