This awkwardly yet interestingly titled movie was actually titled Halloween Hell House when it was being shot, and that's a far better title for it. Produced by Cleopatra, who put out a number of great industrial music compliation CDs in the 1990s, this is a watchable low-budget affair but doesn't score many points for originality, being quite similar to the Saw series. 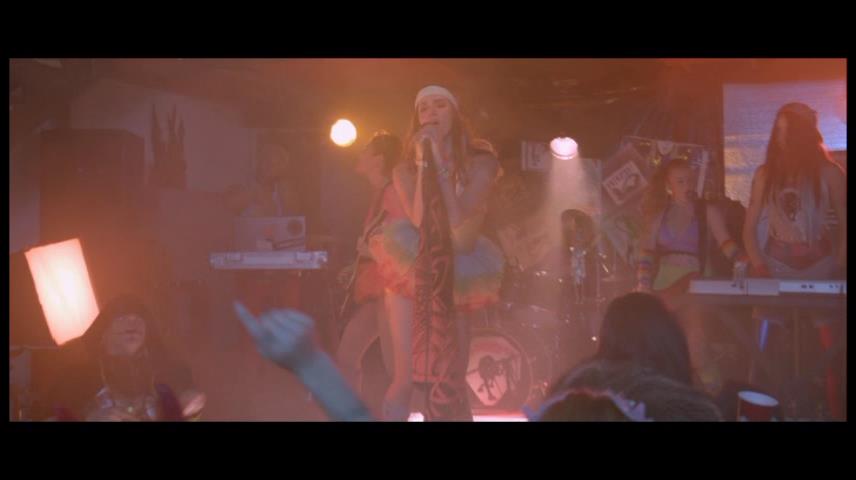 After an opening set in Pakistan that makes one wonder if they're even watching the right movie (this basically introduces us to the movie's two "bad guys" and how they got that way while serving in the military) we go back to Los Angeles and join the all-girl punk band "Kill Pussy Kill" as they're playing a show on Halloween- and they sound pretty good. As the show ends they head off to another gig where they're hoping to score a record contract and hit the big time, but they make the mistake of stopping at a gas station in the middle of nowhere. That's where attendant Dale (Richard Grieco) takes a look at their van and says that it'll need some major work before it'll go any further. As he's doing this, one of the girls named Misty (Kelly McCart) mysteriously vanishes. The remaining folks are still pressed for time so they take Dale up on his offer to lend them another vehicle while he services theirs- another mistake, as he first has to give them a ride to it by the house just down the road. This is where he ends up rendering them unconscious, and they wake up trapped in a basement. This is where the "game" begins.

As in Saw, a voice over a speaker tells them that they have to play his game in order to go free. This turns out to be "The Mastermind", played by Jed Rowen but voiced by Megadeth's Dave Mustaine who gets top billing on the front cover, who's shown in another room watching them over a bank of monitors. The basic rule of his game is that one person will have to be killed in order for the rest to advance to the next of three rooms and then be allowed to leave. He says he's hidden a gun in the room for one of them to find and kill one of their choosing with. He sets off poisonous gas in the room when they don't hop to this right away, but one girl, Bridgette (Kelly Lynn Reiter) relents as she puts herself before everyone else- which pretty much gives you the idea where the movie is going at this point, as the characters are either so selfish or so beaten down by all of this that they're willing to kill each other to get themselves out alive. A new wrinkle is added when one of their technical assistants (Demetrius Stear) and his friends arrive later and are also captured.

I can't say much else without spoiling the surprises here, no matter how small they are, but the smaller-scale production values make this a bit harder to take seriously than a bigger-budgeted movie like Saw, plus the acting is about what you'd expect from a straight-to-video movie. I will give some props to the camerawork here though as it was far better than I expected and looks reasonably good, aside from a few shots that show the shadow of the camera itself. 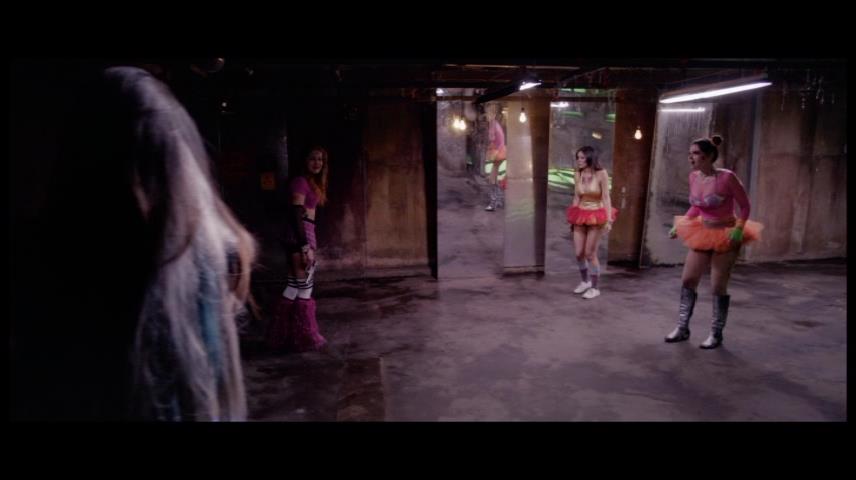 This small budget affair was at least shot with an Arri Alexa, used by much larger productions and makes it looks closer to a big movie than it would have otherwise. It's in a 2.35 ratio, with a bit of black space on the sides. Obviously a Blu-Ray would have looked much better, but for a regular DVD it's certainly decent, looking reasonably clean although there's the usual softness, jaggies and slight compression artifacts that come with the format.

The 5.1 Dolby Digital mix isn't too bad either, with surrounds used a bit sparingly but quite effective when they kick in. Dialogue is a bit hard to make out over background sounds in a few scenes, and I noticed this is partly due to its being in both the front left and right channels with hardly any sound at all in the center channel for the entire movie. Not sure if it was mixed that way or some sort of error on the DVD. There's also a second audio track encoded, but it contains literally nothing- not even any signal to light up your receiver. 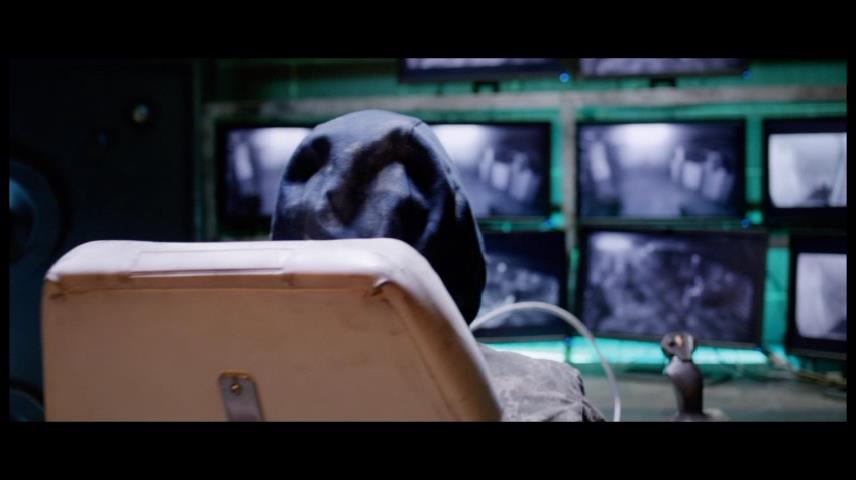 The extras here all call the movie by its original Halloween Hell House title, and no reason is given for its being changed. They're made up of a number of featurettes and "video diaries" that show plenty of production footage and insight from the cast and crew who are all pretty enthusiastic about the movie. There's also a short piece on director Jared Cohn's career, a slideshow of production stills, two music videos of songs from the movie and the trailer. 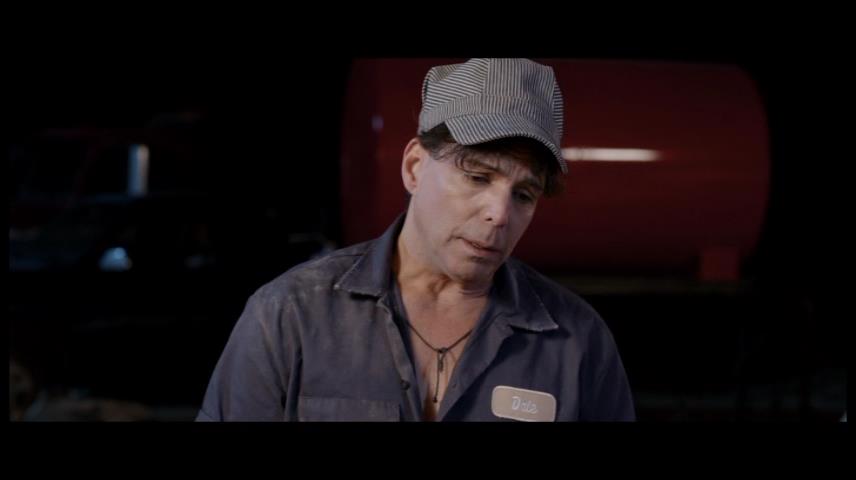 The title change may have put off more potential viewers and it doesn't score too many points for originality, but this is worth checking out at least once. Fans of low-budget horror should appreciate what they were able to do with what they had. If you think there's already been too many Saw sequels though, you won't find anything to like here.