Sesame Street was one of the only things I was allowed to watch on TV in my early years, and it's no question that it helped to shape me. It was one of the first times that TV had been used to educate children on things like numbers and spelling without being either boring or silly. Its creators had noticed that children memorized TV commercials easily, so they thought the same approach could be used to make them learn things that were actually important. The resulting show has been in a format of clips, primarily focusing on Sesame Street itself with its Muppet and human inhabitants, but also interspersed with separate sketches featuring those characters and some live-action or animated segments that I always felt took place in another universe- having some educational value and a unique quality to them, but having absolutely nothing to do with the main characters or setting, and they were never commented on by them either. While many of these emphasized basic alphabet and number skills (plenty of clever songs focusing on one letter of the alphabet and some of the words that use it for example), plenty of others are just good clean fun that might subtly teach kids about just being a decent person. The target audience for Sesame Street has always been pre-schoolers, but older folks can look back at it, or watch now with their kids, and find new things to appreciate that might have gone over their heads before. I watched the show every day and stuck with it a bit past the age when most kids would say they were "too old" for it, but what ultimately made me lose interest was the repetition of older segments that I had seen many times before. Since then, one of my holy grail video releases has been a complete collection of these segments, in chronological order. That would eliminate the repetition and bulk of what a set of complete episodes would consist of. 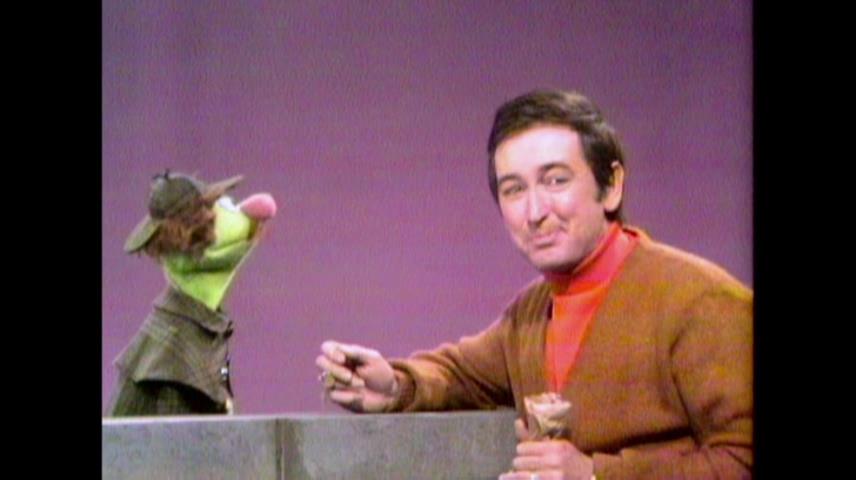 In the 70s, since home video was a new and expensive thing, the best thing for kids to get their Sesame Street fix when it wasn't on TV was a series of records. I had many of these and sadly sold them all at a garage sale when I figured I was too old for them, I've since wanted to have them all back. Sesame Street home video releases didn't really start taking off until the 1990s, and were meant for kids of that day featuring the latest characters rather than any of the "classic" material. One of the very first DVDs ever released though was the show's 25th anniversary special, which was quite short at under an hour but included many of the show's signature songs written by the late Joe Raposo. Later, three "Old School" sets were released which were the first that seemed to really cater to people like me who wanted to relive the early years, featuring complete episodes along with other segments that were deemed noteworthy. A 40th anniversary two-disc set was also issued that presented many segments from the past to present, which has been one of the best releases so far.

For the 50th anniversary, we get this new two-disc set which also presents a number of segments spanning the entire run. There's a serious problem with the video which I'll address in the technical section, which is the main reason for my low rating here. As far as the content goes, there is a lot of overlap if you have the previous classic releases (this will also make the technical problems here very apparent if you compare the same clips with those on the older releases) but also a good number of segments not on those. The first disc is comprised of segments that stand on their own, running a staggering 3 hours and 10 minutes. We get some classic Bert and Ernie sketches, one where Bert (voiced and performed by Frank Oz) just wants to read his book in peace but Ernie (Jim Henson) wants to play tag. There's also more recent material which I haven't been quite as familiar with, mainly featuring the breakthrough character Elmo (Kevin Clash)- he seems to have become the show's most popular character since his introduction long after I had stopped following it. There's an interesting new take on one of the classic animated clips, where a girl is sent to the store to pick up a few things and keeps saying "A loaf of bread, a container of milk, and a stick of butter" along the way so that she'll remember what she needs when she gets there- that's included on at least two of the other releases but here it's turned into a song performed on the street set while the classic animation is projected onto the buildings. All the segments here are grouped into a few themes, but chronologically are quite random so you'll get an interesting juxtaposition of both the early and more current years with the changes made to the main street set since then and the characters who have come and gone.

Disc two edits together a few notable storylines played out by the main cast on some episodes- originally these were all interspersed with the usual segments, but here all of those have been cut out so the storylines can be followed from start to finish. One of these was included in its entirety on one of the "Old School" sets, where Gordon (Roscoe Orman) runs in the New York City Marathon. Mr. Snuffleupagus, Big Bird's (Carroll Spinney) best friend, also participates but as usual he takes a few wrong turns and isn't widely seen, convincing the others that he doesn't actually exist. The moment a few years later where he's finally revealed is also included (it's said this was done because while it was sort of funny how Snuffy kept leaving before anyone else could meet him, it ended up reinforcing some kids not to reveal some terrible secrets for fear of also not being believed.) A later episode shows the extended part of the set to the right of Big Bird's home, which simply didn't exist back when I watched the show- there's excitement as a new playground is about to open, and also introduces Julia, a Muppet character with autism. 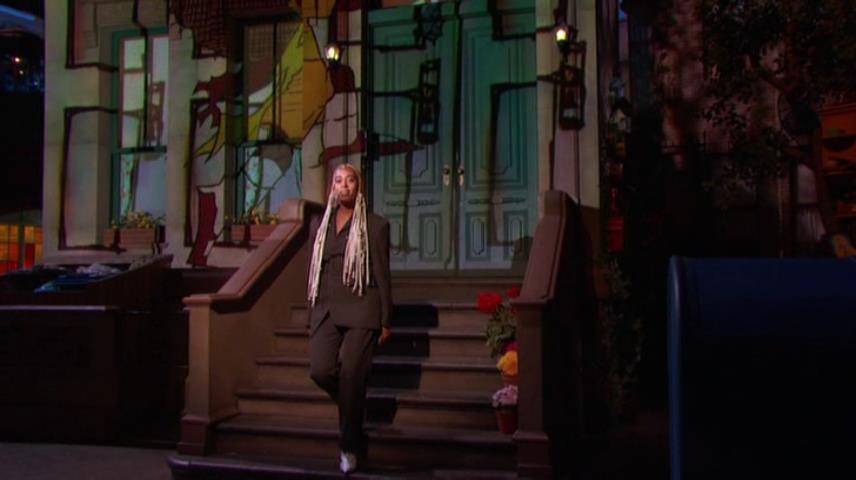 Get ready for the bad news: Another thing I learned long ago, though perhaps unintentionally, from watching "Sesame Street" is that some things are shot on video and some are shot on film. To me they are as different as night and day, but some people somehow don't notice. The main difference between the two is the frame rate, and that's been seriously botched on these DVDs. Not having any experience with professional DVD authoring I can't say exactly what the cause of this was, but this is the same problem that has happened before on too many other DVD releases of TV shows, including almost all of the "Laugh-In" episodes, the Mister Rogers "It's A Beautiful Day" Collection (even after it was re-issued to correct for missing episodes!) and one of Sony's "All in the Family" seasons (which was corrected in the later Complete Series set.) The main limitation with online video until recently was its inability to show video at its full frame rate, so most clips on YouTube and the like appear a bit jerky- essentially one field of picture is being thrown out. They've since made it possible for online video to produce a full frame rate but it's still quite rare.

There are many classic Sesame Street clips on YouTube in its standard quality, so it would make sense to think that you'd either be satisfied seeing those for free or getting them in the best possible quality if you spent the money on a DVD. These discs basically look about the same as YouTube. I watched them all the way through nevertheless, but I was very amused to see this only a few minutes in- it accurately depicts my reaction to the quality and I knew I would have to use it in this review: 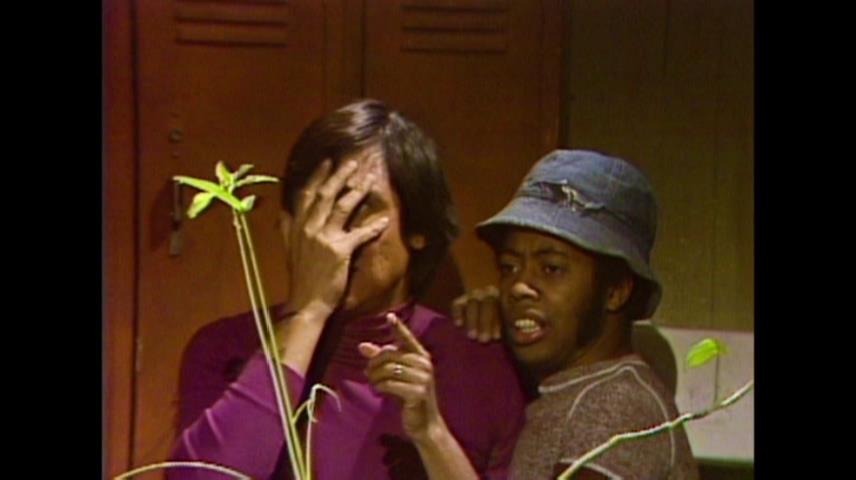 If that isn't enough there are a few segments, including one with Jeff Goldblum as Bob (McGrath)'s archaeologist brother, where the 4x3 picture has been stretched to 16x9 and then had black bars slapped onto the sides: 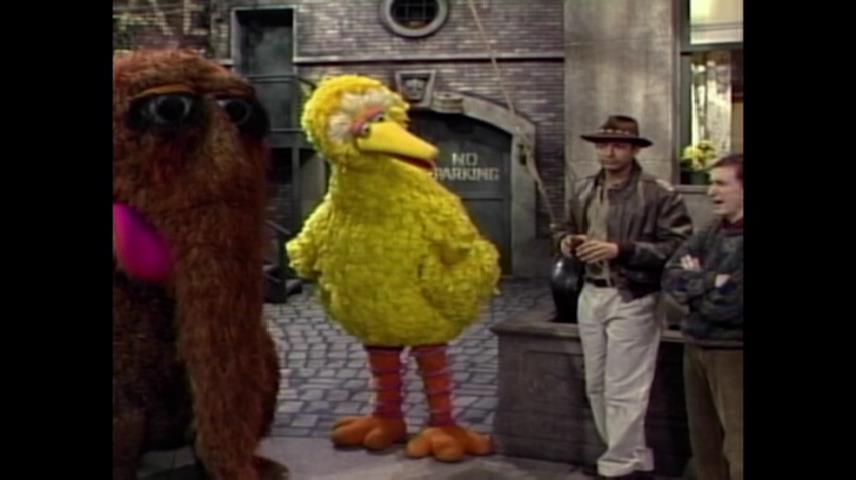 All content is encoded in 16x9, with black side bars on the 4x3 clips (thus losing a bit of resolution) and allowing the small number of 16x9 material after the show's transition to hi-def to at least appear in their proper ratio- the 40th anniversary had one of these same segments in 4x3 letterbox format, but the frame rate there was correct when it is still botched here.

Audio is in 2-channel Dolby Digital, with the mono material properly centered and expanding to stereo when the show adopted that sometime in the early 1990s. Thankfully I didn't notice any real issues here, though I don't know if the later segments were produced in 5.1 or not. One thing this set does get right is the inclusion of both English and Spanish subtitles- none of the other classic Sesame Street releases have had any sort of these. 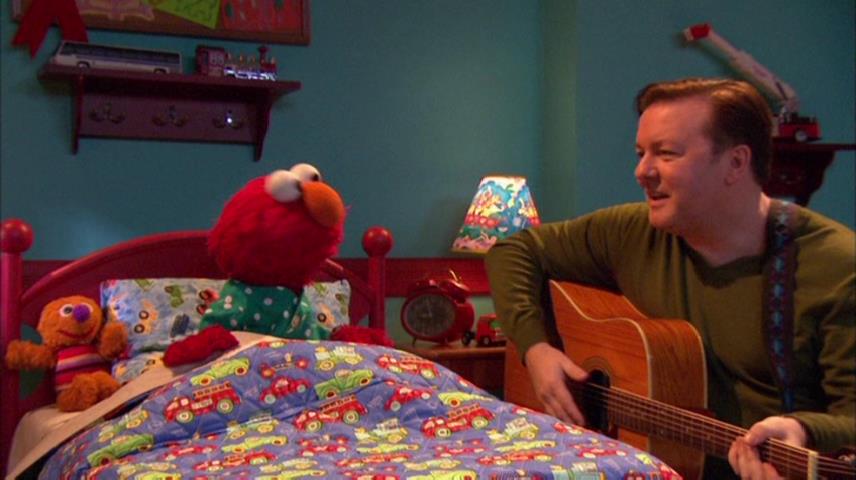 There's exactly ONE extra on this set, hidden as an "Easter Egg" (remember those?) It's a good one though- On the first disc's scene selection menu, hit Right until the mustache highlights in the design on the side of the screen. You'll get some filmed outtakes of the baker who falls down the stairs at the end of the "Numbers" segment. (Quite lazily, the only such segment that appears here is for the number 1, which was already on the 40th anniversary set. I'd love to have all existing ones together.) Aside from that, both discs open with a preview for the Sesame Street "Dance Party" DVD and the menus also include that along with previews for Magical Wand Chase, Awesome Alphabet Collection, and Celebrate Family. I have to call out the lack of chapters- the only ones available one the first disc are for the six sections the segments have been put in, so skipping to your favorite one is a challenge- the "Old School" sets were also very stingy with chaptering but the 40th anniversary set actually had everything indexed. This release also comes with no insert or liner notes- it would've been nice to at least know where the celebrity guests appeared or some kind of background on the newer cast members and the expanded set. 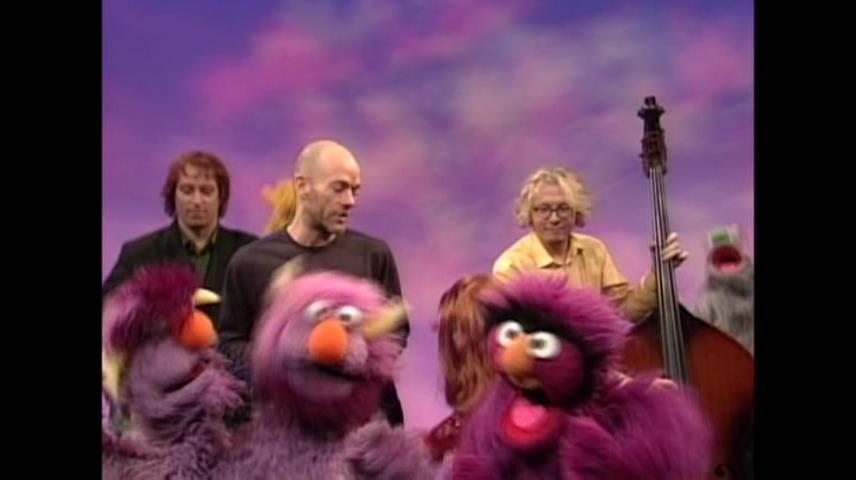 Although I thought I'd outgrown Sesame Street, it has undoubtedly had a profound effect on me and it's quite an experience revisiting the very first video images I ever saw. I'd enjoyed the other classic releases mentioned here and was very much looking forward to this one, but I simply can't excuse the frame rate issue. I don't know what sort of quality control exists these days, but someone simply should have noticed this wasn't right- I could tell within the first ten seconds. With all of the doom and gloom reports about people abandoning discs for streaming media, I can't say enough that the quality on discs still surpasses streaming- but not when it ends up like this. Unless this release is re-done correctly, I would actually say to stick to YouTube and the prior classic releases for your classic Sesame Street fix.