Kino Lorder Studio Classics digs up yet another obscure title on Blu-Ray. Previously available only on VHS, The Chicken Chronicles was made in 1977 but takes place in the bygone year 1969- a while eight years prior. At the time of this writing, that would be like releasing a new movie taking place in 2012. Being old enough to remember a bit of 1977 but not 1969, this movie still looks closer to 1977 to me. Then-newcomer Steven Guttenberg is David Kessler, the story's main character- he's in his last month of high school and lives with his rich parents in Beverly Hills, but his main concern is losing his virginity. He has a cheerleader girlfriend Margaret (Lisa Reeves) but she won't go to that level until he finds someplace safe and private where their parents aren't likely to walk in. Meanwhile he's also working at a take-out chicken joint (hence the title) managed by an old man named Max- played by "Special Guest Star" Phil Silvers, and battling the school principal (Ed Lauter) on an article he's writing for the school paper, the problem with which isn't very obvious without the use of freeze-framing when it finally appears onscreen briefly. There's a hint that being thrown out of school would get him sent to Vietnam, which figures into the chosen time period, but with just one month of school left how much trouble could he get into?

The narrative of this movie is very loose and the plot is just barely there- it's one of those movies that relies more on the characters and jokes to hold the audience's interest. Despite being called an early influencer of 80s teen sex comedies, it's rated PG and you won't see anything truly naughty onscreen- those hoping for that will be severely disappointed. The biggest MPAA eyebrow-raiser here is that many of the characters do drugs of the era, mostly off-screen as well. There's a few ideas that could've been more interesting had they gone a bit farther- mainly David's parents who aren't seen onscreen at all but his mother still nags him plenty via intercom and video cameras set up in the house. His younger brother Charlie (Gino Baffa, whole only other notable movie appearance was in 1980's Foxes) is a dork but seems to get more action than David does, and ends up with the biggest laughs near the end after getting drunk at a party. A distraction is that this really isn't a very well-made movie, evidenced by this obvious appearance of a cameraman during the director's credit of all things- though I thank those responsible for this transfer for not cropping or trying to hide it in any way: 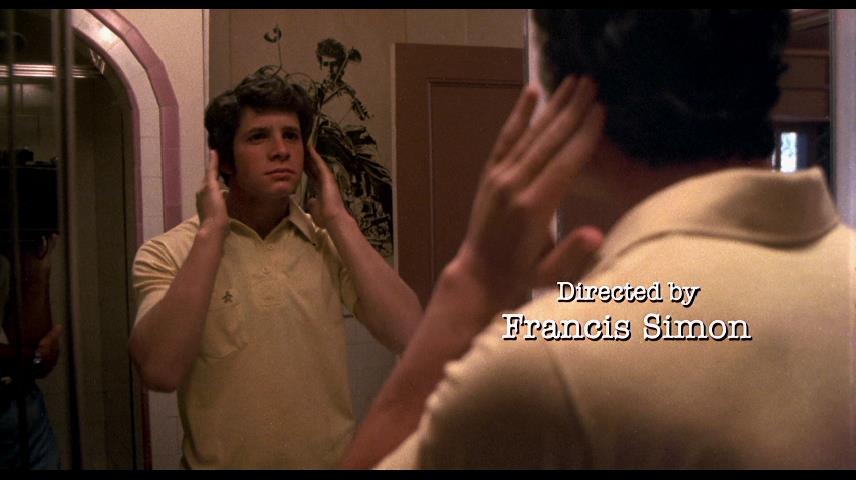 There are plenty of other nit-picks as well, including a TV that looks a bit late-model for the time period morphing into a different model between shots and the ever-popular boom mike making its presence known. There's a few buildings visible that don't look like they existed yet in 1969 as well. Perhaps it wasn't long enough ago for anyone involved to notice or care. A common criticism I have with casting for this type of movie that's on full display here is that most of the actors, especially Guttenberg, look far too old to be in high school. I had assumed they were in college at first, and that's probably where the script should have put them. Guttenberg's delivery is pretty close to that of his later movies, such as the 1980 mega-flop Can't Stop the Music. 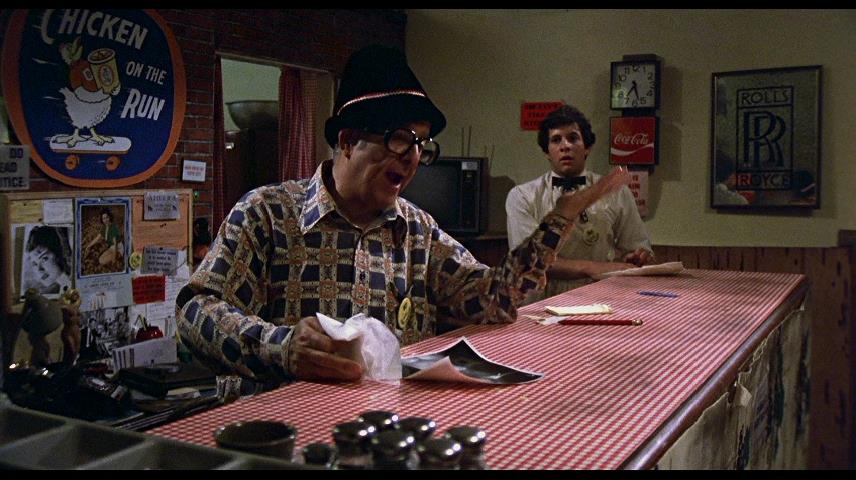 The hi-def transfer lets all of this movie's flaws shine through, looking about how a good film print likely would without any unwanted clean-up or "enhancements". Color is intentionally light, but plenty of details show through clearly such as humorous signage at the chicken place and graffiti at the school (one of which includes the number "77", again showing not much attention paid to the year this was supposed to be taking place.) Film grain is moderate but does not seem to be affected by digital compression, even in dark scenes. The mono audio is adequate, presented here in 2-channel DTS Master Audio (presumably so the new StudioCanal opening tacked onto the beginning can be heard in stereo) which remains properly centered and hasn't been cleaned up noticeably, also sounding much like an optical film sound track. Standard format subtitles in a rather small font are included. 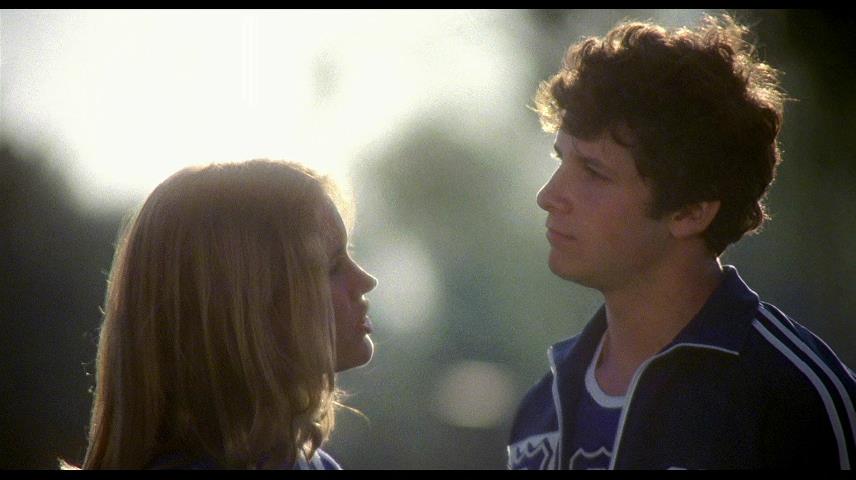 An audio commentary with Kino regulars Lee Gambin and Emma Westwood is included, which is an interesting listen but doesn't focus too much on the actual movie. Instead they veer off-course talking about other movies the cast and crew was involved with and/or have similar plots and styles, and don't point out any of the production flaws that appear onscreen. Trailers for Moving Violations, Up the Creek, The Bedroom Window and Losin' It are included. 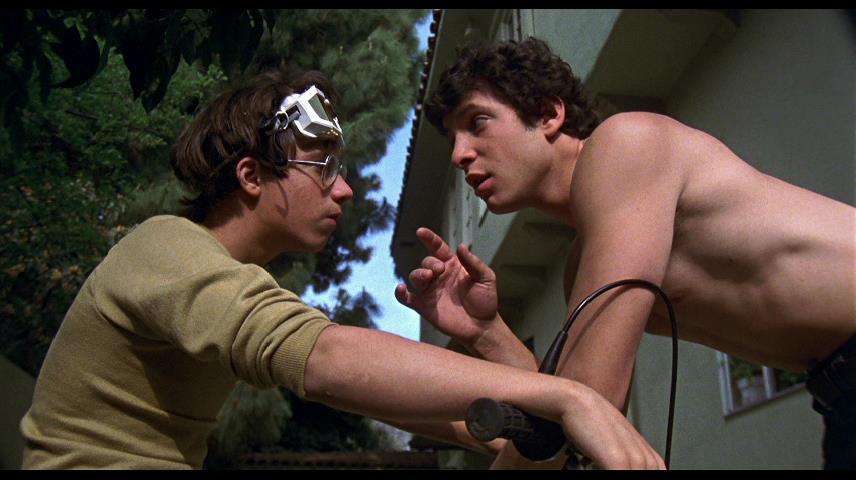 The Chicken Chronicles isn't a great film but it has its moments, and has been off the market long enough that Kino's Blu-Ray edition should be appreciated.