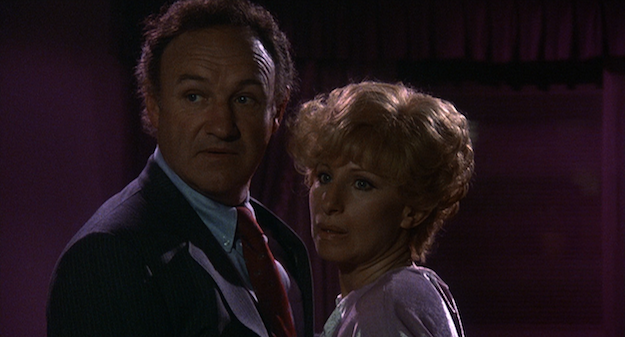 The 1981 release All Night Long is a fascinatingly misguided comedy that has more than its share of good moments, not-good moments, and flat-out puzzling moments. Most viewers expect coherence from their movies, so the general reaction to the film has been pretty negative over the years. However, our own DVD Savant praised the flick when it hit DVD roughly fifteen years ago. This reviewer wasn't bowled over, but I find All Night Long's jumbled nature a point of interest rather than a total turn-off.

For instance, it's hard to discount the comic instincts of leads Gene Hackman and Barbra Streisand. The genuine laughs in the film almost totally come from their scenes together. Hackman is a burned-out pharmaceutical exec, George Dupler; at the beginning of the film, he throws a desk chair through his boss's window and gets demoted to graveyard shift manager at one of the company's all-night pharmacies. Streisand is a bored, slightly flighty housewife, Cheryl Gibbons; her performance brings to mind a less self-assured version of her character from What's Up, Doc?. Cheryl is alone nights because her husband's a fireman, so she starts an illicit fling with George's teenage son, Freddie (Dennis Quaid). Then she decides to give dad a try, throwing both of their lives into upheaval.

There are so many competing sensibilities at work in All Night Long, it's hard to characterize it. Is it a bedroom farce? Is it a thoughtful character comedy? How 'bout a slapstick-driven screwball comedy? It's a little of all of these, which makes it effectively none of them. Director Jean-Claude Tramont seems more at home in the character-driven moments -- especially the two-handed scenes between Hackman and Streisand -- but he keeps indulging in not-very-good slapstick setpieces involving weirdo customers at the all-night pharmacy. It's like the film keeps reminding itself it's a Hollywood comedy, and those are typically broad and stupid, so get with it!

In a way, All Night Long is a film made for the Youtube clip era. It has some well-executed scenes, but the whole film around them is structurally unsound and in danger of collapse at any moment. If viewers are willing to take each scene on a case-by-case basis -- like disparate clips in an online compilation video -- they might find more pleasure than they'd expect. 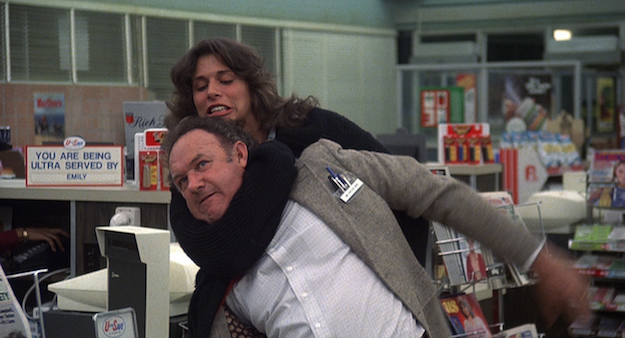 The Video:
Knowing Universal's spotty track record with the HD treatment of its catalog titles, this underwhelming AVC-encoded 1080p 1.85:1 presentation is sadly expected. It doesn't help that the movie's cinematography (by Oscar-nominated pro Philip H. Lathrop) is pretty unappealing to begin with. In motion, there's a pretty good sense of depth, but there's something inorganic overall about the look. It doesn't have the infamous waxy DNR look, but it seems both artificially softened and sharpened. It's just kind of a noisy mess. It doesn't help that darker scenes are so shadowy that they would put Gordon Willis to shame.

The Audio:
The DTS-HD MA 2.0 mono audio does the job. Nothing flashy. No major issues. English subtitles are available.

(HD, 20:54) - A fascinating interview with Richter (Invasion of the Body Snatchers, Buckaroo Banzai), in which he does a post-mortem on why the movie doesn't resemble what he and director Jean-Claude Tramont had conceived and been planning for years. He describes his original vision as something like a Mike Leigh movie. He talks about having to break the news to original leading lady Lisa Eichhorn that she was being replaced by Barbra Streisand. He marvels as to why the film isn't an infamous bomb, but theorizes not enough people have seen it for it to register as a major cultural mistake.

Final Thoughts:
All Night Long is a curiosity to be sure. It has some charming and funny moments. It also doesn't. The A/V quality on this release is just so-so, but the supplemental interview with screenwriter W.D. Richter is quite entertaining and valuable. If what you've read intrigues you, this disc comes mildly Recommended. 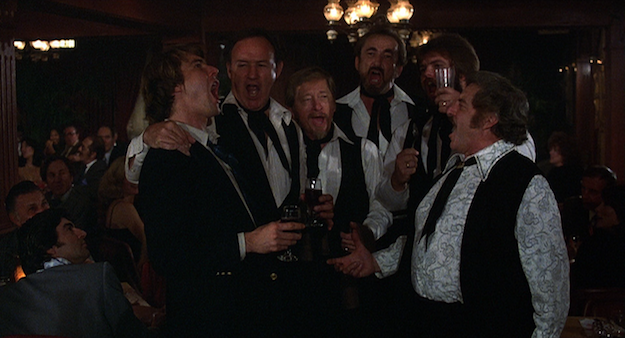