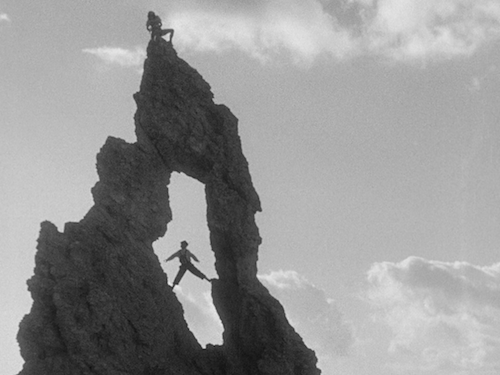 Before her groundbreaking (and infamous) work as a director on Triumph of the Will and Olympia, Leni Riefenstahl was an interpretive dancer turned screen sensation in Germany. She made her name acting in "mountain films" (Bergfilms), an idiosyncratically German genre in which nature takes a prominent role and most footage was shot in treacherous real locations. (Personally, as a fan of surfing movies, I immediately got the appeal of this kind of flick as soon as I started watching today's selection.)

Most of Riefenstahl's mountain films were made in collaboration with director Arnold Fanck, who was essentially the father of the genre. These silent-era efforts were typically romantic thriller-melodramas, including 1926's The Holy Mountain, which Kino released on Blu-ray a few years ago. Now, Kino is releasing 1927's The Great Leap (Der Große Sprung), which is unexpectedly an action-tinged romantic comedy.

Even for someone like this reviewer, who isn't well-versed in the tropes of the Bergfilm, it's pretty easy to see that the plot of The Great Leap is as formulaic as a Hallmark Christmas movie. Riefenstahl plays Gita, a humble Italian goatherder in the Dolomites between Italy and Tyrol. She loves climbing mountains barefoot, tending to her goats, and caring for her half-dozen orphan siblings. Local boy Toni (Luis Trenker, a Fanck regular) tries in vain to win her affection. Meanwhile, Berlin businessman Michael (Hans Schneeberger, who is also one of the film's six cinematographers) has gotten too stressed out by the big city, so his doctor has suggested he go to the country to relax and find a nice girl to calm him down. Michael brings along his well-meaning but goofy valet, Paul (Paul Graetz).

Without going any further, you know pretty much what happens next. A love triangle. The big city guy finds a new lease on life in the mountains. A big ski race is held to determine who wins Gita's affection. The valet gives the city guy a balloon suit to race in, so he can be lighter than the competition. 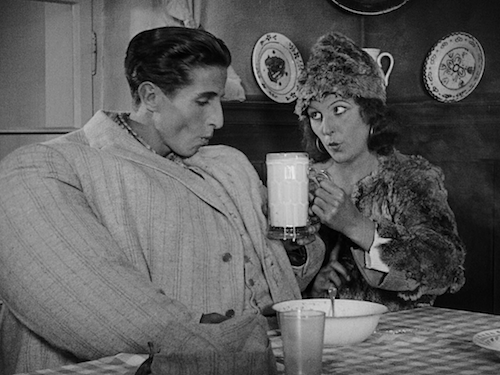 The flimsiness of the plot certainly doesn't matter because, like a Jackie Chan film, what impresses most here is the death-defying physical stunts and the clever action editing and framing of Fanck and his cameramen, respectively. An early sequence, where Toni pursues Gita up a skinny, tall rock formation to woo her, triggered my fear of heights more intensely than anything in the entire Mission: Impossible franchise. There was clearly no way to shoot that sequence as it appears other than to get some bold actors and some bold camera people to climb some steep freaking rocks!

The undeniable highlight of The Great Leap is the prolonged ski race, which runs almost the entire last thirty minutes of the film. While some of Fanck's smaller-scaled physical jokes and scattered bits of character comedy are kind of hit-and-miss, the barrage of large-scale gags and stunts that he unleashes in this section are alternately jaw-dropping and hilarious. It doesn't hurt that Schneeberger is in that foolish balloon suit the whole time (which logically would not help his character's skiing at all). The suit instantly makes him into a live-action cartoon character that Fanck further manipulates through speed changes and a few instances of reverse motion.

There's a running joke in this section with Gita's favorite goat Pippa, who gets strapped to some skis but then slides down the slope in a different direction. In some shots, the gag of the goat continuing down the mountain unattended is adorable and funny, and in some shots, it looked treacherous enough that I just hoped the goat made it out okay. Please, no one disillusion me. I don't want to know that they had to use a dozen goats to finish the sequence, or something.

The cast all acquit themselves well as their characters, with Riefenstahl a charming free spirit and Schneeberger a likable milquetoast buffoon. Paul Graetz steals his scenes as the dopey valet, especially during the race sequence: waiting for his master near the end of the course, he passes the time building snowmen and getting delightfully soused.

While it's far from a perfect film, The Great Leap is full of so much ingenuity and technical ambition that it should satisfy the curious viewer who would seek it out. 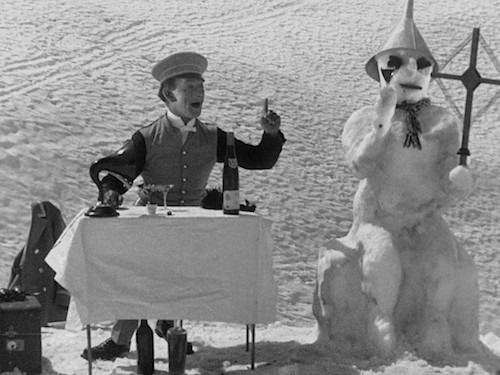 The Video:
Sourced from a recent restoration, this AVC-encoded 1080p 1.33:1 transfer looks excellent for a 93-year-old film. Some sporadic, dirt, scratches, and discolored splotching. But nothing prolonged or even all that distracting in motion. In general, the transfer is extremely crisp. Nicely resolved film grain. Well-delineated contrast.

The Audio:
The film is accompanied by a 2005 piano score by Neil Brand (who provided an orchestral score on Kino's recent release of the also-worthy British silent Underground). The Great Leap's piano score is presented in DTS-HD MA 2.0 stereo audio. The film has German intertitles with optional English subtitles.

- An information-packed discussion that delves into German history and culture during this era. Deighan tries to extract Bergfilms from the widely accepted assertion of From Caligari to Hitler author Siegfried Kracauer that they are wholly indicative of the Nazi aesthetic. There's a lot of discussion of the cast and crew members' involvement or non-involvement in Nazism during World War II (how could you not discuss it?). If there is a drawback to this track, it is that Deighan rarely references the action onscreen and mostly holds a parallel conversation about topics related to the film. Certainly worth a listen, though.

Final Thoughts:
The Great Leap is a technical marvel, full of filmmaking derring-do on par with Buster Keaton and Jackie Chan. If the film could use some snappier scripting now and then, it's not enough of a drawback to withhold a recommendation. In fact, considering the outstanding quality of this recent restoration, this disc comes Highly Recommended. 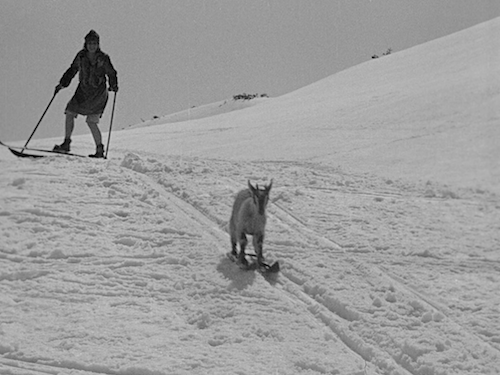