3D Film Archive's latest restoration is one of the last movies of the 1950s 3D craze. Rock Hudson, then a rising star, is Taza who assumes leadership of his tribe after the death of Cochise (Jeff Chandler in a brief appearance who had also played the role two times previously). Cochise promoted peace between the Apaches and the white men who were taking over the land, and his last words were his wishes for that to continue which Taza is committed to. His brother Naiche (Rex Reason) feels the opposite though- he resents what's happened and wants his people to reclaim the land that was theirs. A neighboring tribe is home to the notorious Geronimo who proclaims "peace will die with Cochise" and soon an innocent white family is killed. Taza disciplines them by tying them up, but that isn't good enough for the white Army soldiers who order the entire tribe moved to a reservation. Taza at least convinces them to let Apaches continue to police and discipline their own people, leading him to become a uniformed soldier himself which others in the tribe see as traitorous- he wants his brother Naiche to join him in this but flatly refuses. Meanwhile Taza is also hoping to marry the lovely Oona (Barbara Rush) but must first win the approval of her father Grey Eagle (Morris Ankrum) who also favors war over peace. Geromino's tribe also being moved to the same reservation doesn't help matters. 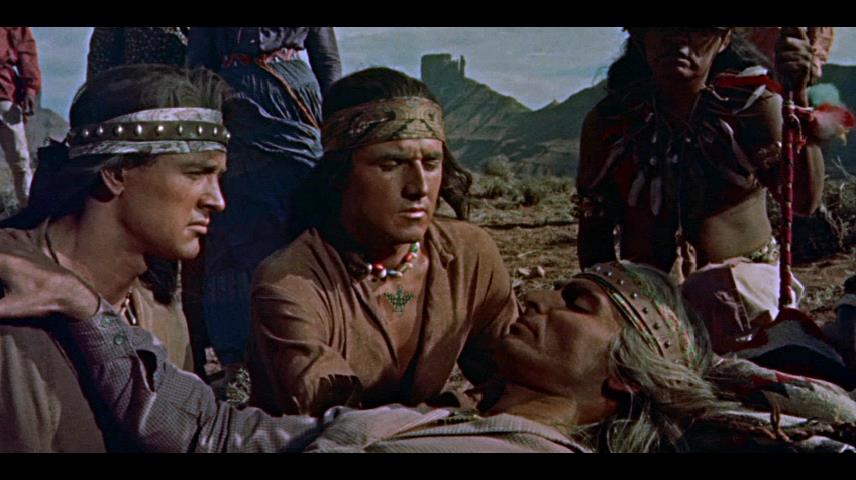 The story moves rather swiftly as the movie runs only 79 minutes. The first thing today's audiences are likely to notice is that the lead roles are not played by true Native American actors, which would be unheard of in any movie made today. The authentic extras in the background make this even more obvious. The English dialogue delivery is typical of movies of that period, spoken a bit too straight-forward with the older characters stereotypically grunting, but the movie is quite watchable if you can let that slide. The portrayal of Native Americans was not intended to be insulting, and in fact this is regarded as one of the few films of the era that tried to show them positively. 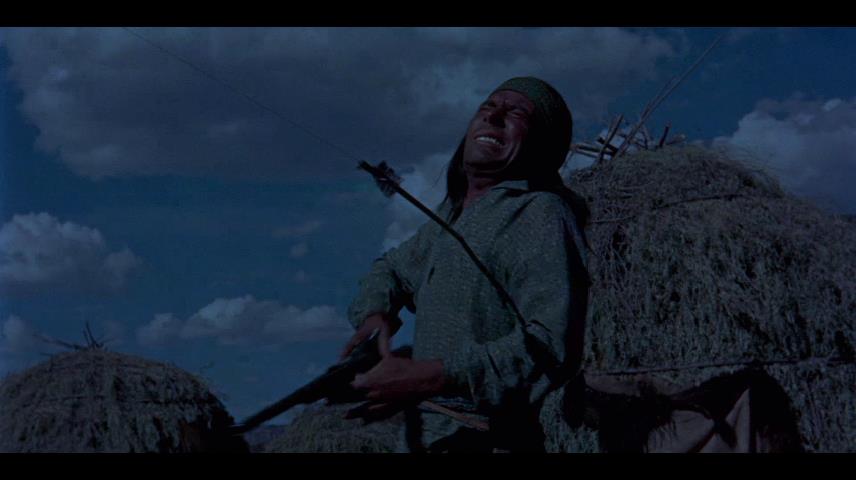 3D Film Archive has usually detailed the lengths they go through to properly restore their films, but not a lot has been said about this one. From what I saw on this disc, I can only guess that the existing elements were not in top shape, or possibly the movie has always had inconsistent quality from shot to shot. At one moment the picture is sharp and clear with the next more soft and faded. It's certainly watchable overall and I'm sure the elements looked far worse beforehand, but overall appears rougher than most recent hi-def transfers.(It is at least plenty clear enough to show the wire set up for the effect of someone getting shot with an arrow, as shown above.)

The 3D is of course the main attraction here, and like other classic titles I was surprised at how involving the effect was without it calling much attention to itself. There are a small number of "gimmick" shots where objects are hurled towards the camera, but they aren't overly strong. The overall depth is what really impresses- the scenery in Utah extends far into the screen along with background objects and actors. Additionally the foreground objects such as trees and fences appear prominently and often poke outwards. The disc has a 2D viewing option with which the movie remains watchable but all of these effects are severely diminished to the point where they might not even be noticed. You may not seem to be missing anything viewing this in 2D, but once you've seen it in 3D you won't want to see it any other way. Universal seemed more committed to 3D than other studios and promoted this one as "3D worth waiting for," but it did play only in 2D in some cities.

The mono audio track, encoded in 2-channel DTS Master Audio, is a bit rough as well but about as good as audio of that vintage has generally sounded before some studios began cleaning them up diligently. Hearing-impaired subtitles have been included. 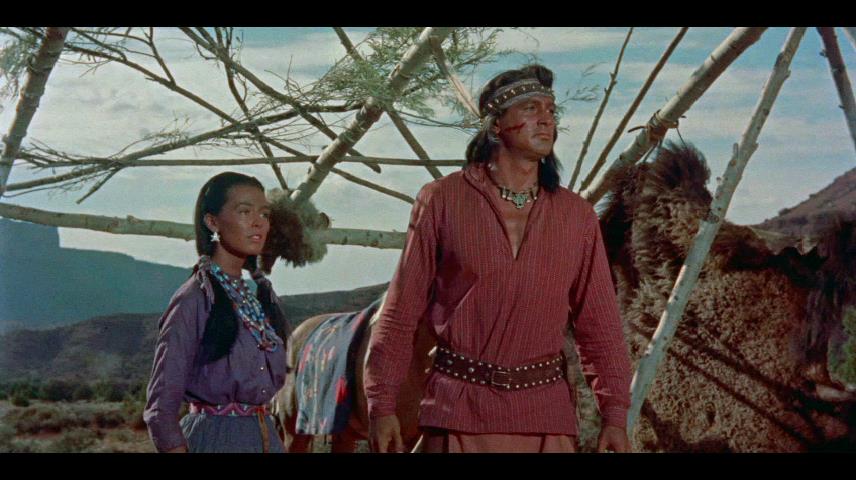 Kino's recent Blu-Rays have had interesting commentary tracks and this one is no exception. Here David Del Valle and C. Courtney Joyner accompany us for a screening, though this is yet another track where they tend to go off the topic of the movie and into random points about the cast and crew. The funniest is one of them having seen producer Ross Hunter at Virgin Megastore looking for a tape of director Douglas Sirk's Imitation of Life and not believing that they didn't have it in stock. Separately there's a 20-minute slide show of production stills and posters accompanied by insights mostly on the movie's 3D from Mike Ballew, who on past 3D Film Archive titles has had such segments included in the middle of the main commentary but there was too much to say on this one to fit him in there. Finally there's a recreation of the movie's theatrical trailer in 3D. 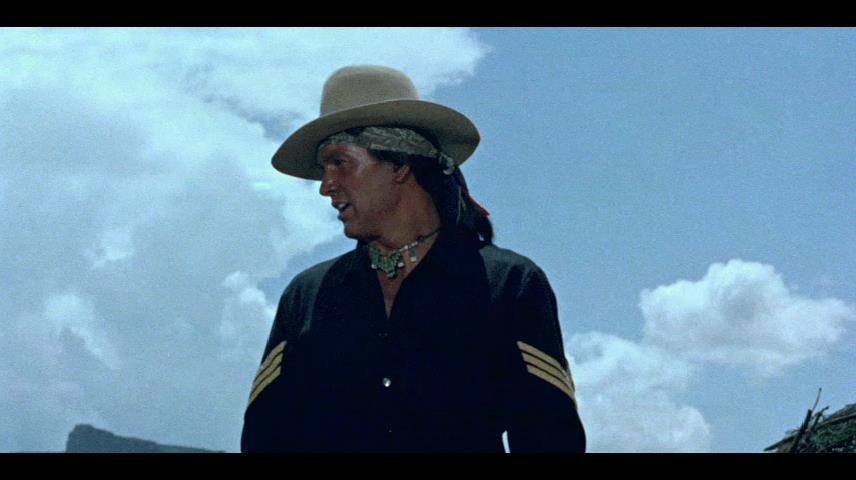 As a 3D enthusiast (who has been dismayed ever since the electronics companies dropped support for it from TVs), this is a great example of how it can enhance a movie and make it more involving without being gimmicky. As for the movie itself, it's passable entertainment even if the casting isn't politically correct by today's standards. At the very least it's mercifully short at 79 minutes, unlike many more recent "epics" on the same subject running over 2 and a half hours.