Here's a late and somewhat obscure entry in the 1980s teen sex comedy genre, from the people who brought us the Hardbodies movies, its pointless sequel in particular. Like Hardbodies 2 it's filmed in Greece likely during the same trip. The story concerns two American sisters- Jenny Ziegler (Lisa Lorient) "the perfect one, who woke up perfect every morning" and Daphne (Tricia Leigh Fisher) "the less than perfect one, who had to wake up next to a perfect sister every morning." When Daphne gets in trouble one too many times, their parents send both of them to a private all-girls school in Greece, housed in a castle. The students there are grouped into cliques ranging from misfits to elites- Daphne, soon nick-named Zigs, falls in with the misfit group while Jenny gets into the elite group but doesn't do a whole lot for the rest of the movie. Patricia Arquette in an early role is Zigs' roommate Zero- also one of the misfit girls but she seems a bit quiet as she has in other movies. 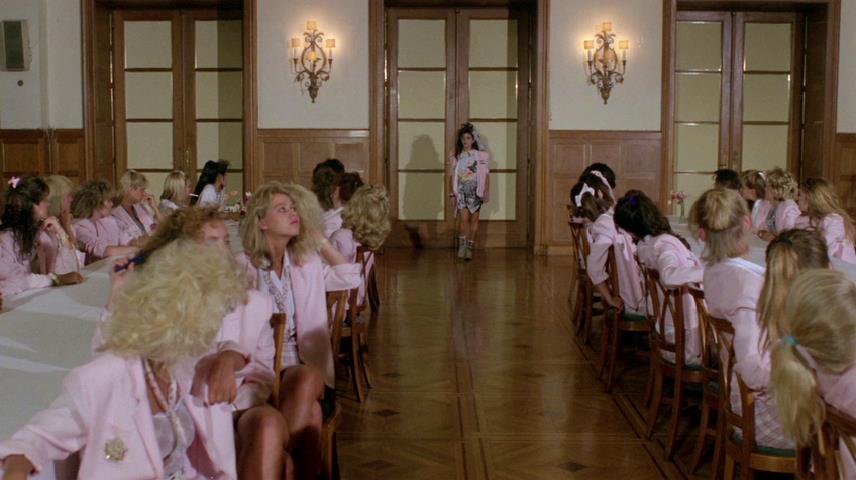 Dennis Cole, who appeared mainly on TV crime shows, is the school's tough headmaster Richard Crawley who keeps the girls in line. He seems to favor the elite group of girls giving them special privileges and such to everyone else's resentment. We soon learn his secret- in his office he has a TV and VCR set up connected to hidden cameras in the girls' rooms where he can watch and record them doing typical things that you'd see schoolgirls do behind closed doors- having sex, taking showers, pillow fighting and boxing. Enjoying some fine wine while watching, he also sells tapes of them to business associates along with arranging drug smuggling.

Even without the hidden-camera shenanigans the cast finds plenty of other chances to appear nude onscreen, including some impromptu topless sunbathing during an outside class- and of course this was what I loved the most about this movie first seeing it at age 15. There's not much other substance here other than a running joke with guided tours randomly barging into classrooms- explained as one way the property owner makes ends meet. There's one girl who carries a portable VCR and camera, a bit before the advent of camcorders, around for no particular reason and also a group of Swedish girls all named Ingrid who are learning to speak English and taught how to say "My dog has an unusually low testosterone level" as basic conversation. In the 80s these attempts at humor were laughable enough, but more than 30 years has qualified Pretty Smart as an amusing relic of the decade, making it even easier to ask "what were they thinking?" at many moments. Almost qualifying as a character in the movie is one of the most repetitive synth scores you'll ever hear, which I'm going to try to bang out next time I'm near a piano or keyboard. It'll be playing in your head after viewing and you'll either love it or hate it. 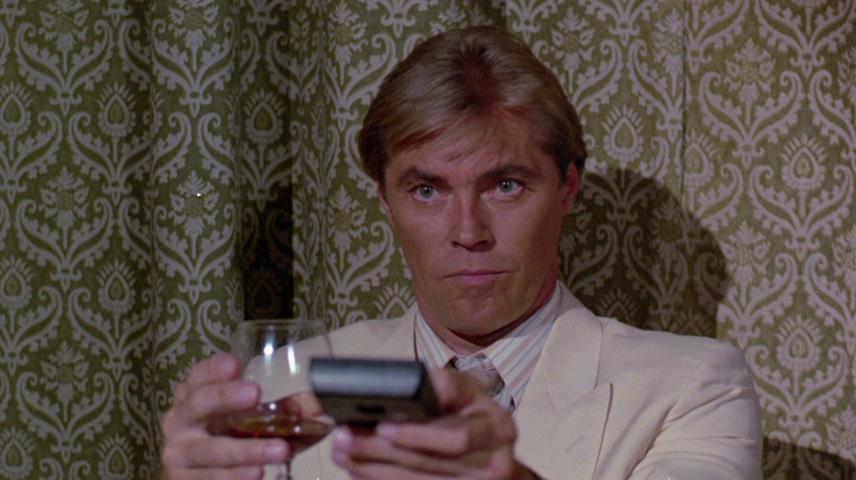 Relegated strictly to VHS until now (a DVD was announced from Anchor Bay back in the format's heyday, but never materialized) this Blu-Ray of Pretty Smart seems to have been made from one of the few 35mm prints that exist. It's in a full 1.78 ratio and shows a few minor signs of damage in some parts but good overall, showing far more detail than the old VHS tape from New World- you can see what brands of VHS blanks Crawley preferred. A bit of clean-up appears to have been done, as the changeover cues are absent but the sound (detailed in the next paragraph) makes the reel change points obvious. Having been shot in the 1980s, there is so much pink here that it's almost blinding.

The audio doesn't fare nearly as well- I was rather floored by the amount of background hiss, noise and occasional thumps in the sound- a film print has to be damaged pretty badly for the sound to suffer as much as this, suggesting that the print used here wasn't in great shape but the picture was able to be cleaned up. Not having experienced the joys of a film to video transfer I don't know exactly what's involved there, but it seems no work was done on the sound. Sadly, I must say that the audio quality on the VHS tape was far better. It's a mono sound mix, and though the Blu-Ray DTS Master Audio track is 2-channel the optical track was transferred in mono mode- as it's supposed to be, but I enjoy hearing the noise in stereo when it's present as has been done on a few other titles and when I would sneak in screenings of older films at theaters I worked at. The effect of such mangled audio with a relatively clean picture is rather odd, but that's what we get here. Hearing-impaired subtitles are included. 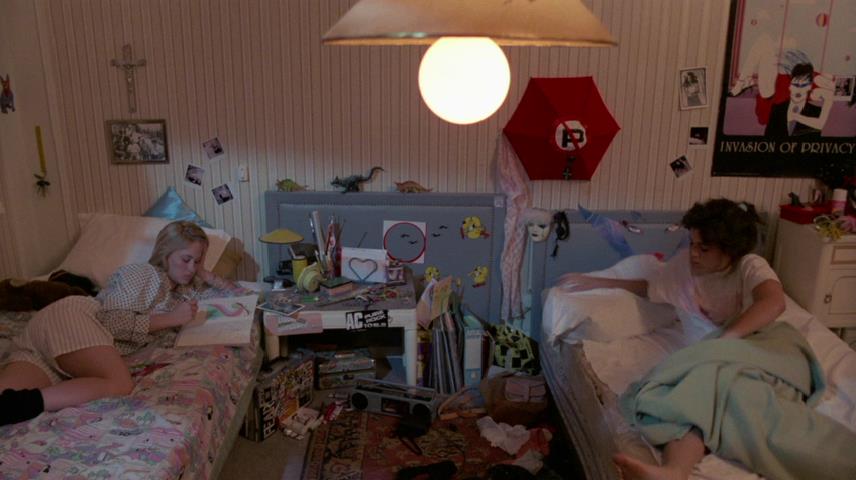 The back cover promises the "Original Trailer" and we do get that, but it appears to have been taken directly from a copy put on YouTube- it's in low resolution with compression artifacts everywhere. A number of other trailers have also been included in the same quality: Fraternity Vacation, Talking Walls (which looks like a REALLY weird movie), Delivery Boys, Bad Manners and Night Patrol AKA the Unknown Comic Movie. A proper widescreen film transfer of American International's California Dreaming trailer is the only one of decent quality. Annoyingly the trailers are authored as separate "titles" but play together as one menu option, so accessing just one of them at a time is a pain. 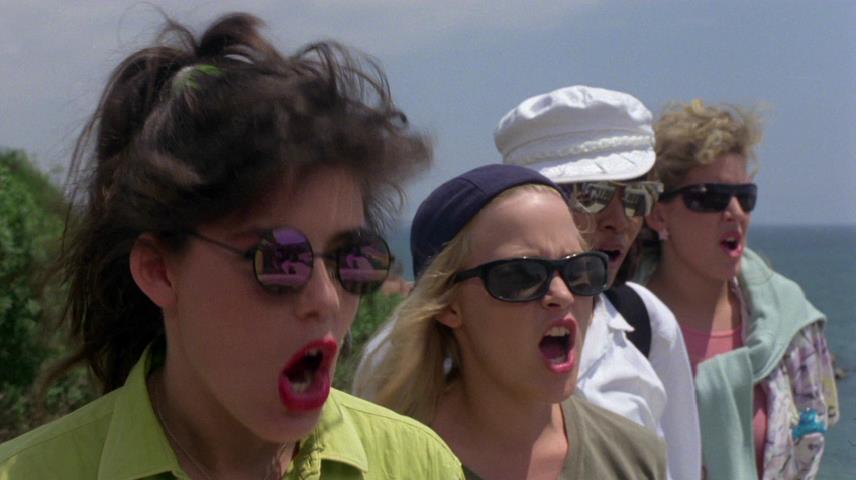 Pretty Smart is pretty silly, but sometimes that's just what you want and it certainly delivers. If you're a fan of cheesy 80s comedies with gratuitous nudity and bad synth music you owe it to yourself to check this out, but if you want anything resembling a good movie then stay far far away! Having watched this for years on VHS with no better format available, it's a welcome sight on Blu-Ray but the poor audio quality, possibly the worst I've ever heard on a Blu-Ray disc, is a bit of a let-down.