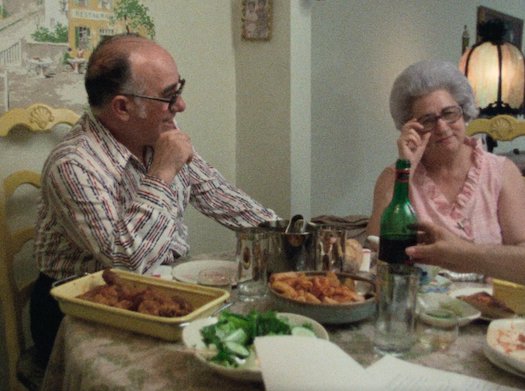 There are few filmmakers whose early student short films are worth watching, let alone reviving nearly sixty years after their initial completion. But the films that Martin Scorsese made in his early 20s at NYU, which close out Criterion's new collection dubbed Scorsese Shorts, are much more than precocious juvenilia or surprisingly slick calling cards portending a career-to-be. These shorts display Scorsese's passion for the medium and his restlessly experimental spirit. Certain shots and scenes would appear again in more refined form in his professional features.

But let's not get ahead of ourselves. Kicking off Criterion's program are two documentaries from the '70s, Italianamerican (1974) and American Boy (1978). Each of these films is kind of like a "B-side" to two of Scorsese's hits. Italianamerican is a long conversation between Scorsese and his parents about their heritage and their New York neighborhood that compliments the soundstage-created Little Italy of Scorsese's Mean Streets. American Boy is another long conversation, this time with Steven Prince, a showbiz character who appeared briefly as the gun salesman that pitches Travis Bickle on the contents of his suitcase arsenal in Taxi Driver.

Scorsese isn't shy about his fondness for New York filmmaker Shirley Clarke, and both of these films seem at least partially modeled on Clarke's outstanding Portrait of Jason. Clarke's documentary takes place over one heated, drunken night, as her subject tells stories that can be alternately charming and harrowing. American Boy more closely resembles this model, with Prince a natural raconteur who revels at a small gathering that gradually empties as the hour gets later and the stories get more -- pardon my French -- fucked up. Meanwhile, there is an overall looseness and meta awareness in Italianamerican that also ties it to Clarke's work. Scorsese's father, Charles, chides his wife, Catherine, for "putting on" for the camera. "Talk natural... You're not an actress!"

With Italianamerican, Scorsese explores the early-20th-century immigrant experience in a way that suits him best: by keeping it centered in the personal. He doesn't try to draw big conclusions; he just lets his parents talk about their family and their friends and their experiences. It certainly helps that Charles and Catherine are as entertaining to listen to as their son.

To paraphrase the conversation between the Safdie brothers and Ari Aster included on this disc, if Italianamerican is like the dutiful son having a nice lunch with his parents, then American Boy is that same boy cutting loose with his friends. While nothing stronger than a bottle of Pepsi is glimpsed anywhere in American Boy (and that bottle gets knocked over), the jittery speech patterns and dilated pupils of the involved parties suggests some off-camera "inspiration" to keep up a convivial atmosphere. Scorsese guides Prince through stories of his army brat youth, as well as his time stage-managing in the theater and road-managing for Neil Diamond. Along the way, Prince also picked up a heroin habit that only somewhat interfered with his work. Quentin Tarantino clearly must have seen American Boy in his video store days, because the OD/adrenaline-injection episode in Pulp Fiction matches one of Prince's anecdotes beat-for-beat. Prince also has harrowing tales about seeing a young man accidentally electrocute himself and about shooting a robber when he worked late nights at a gas station. (Richard Linklater had Prince re-tell that last story in Waking Life.) 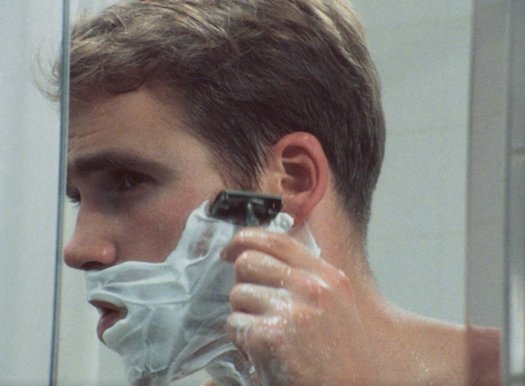 To complete the program, Criterion presents three '60s-era shorts in reverse chronological order. The Big Shave (1967) is possibly Scorsese's best-known short, partly because the old Janus/Home Vision VHS of Italianamerican tagged it on at the end. It also contains such startling and vivid imagery that it's hard to forget once you've seen it. Scored to Bunny Berrigan's "I Can't Get Started," the film consists of a single surreal scene. A young man walks into a pristine white bathroom and shaves. Once he's done, he keeps shaving over and over, drawing blood. Before long, his face is completely ripped up and gushing. Scorsese has said it was conceived as an oblique comment on the senseless bloodshed of the Vietnam War, but the half-hilarious/half-horrifying result is potent even without being loaded down with "important" subtext.

The other two narrative shorts, It's Not Just You, Murray (1964) and What's a Nice Girl Like You Doing in a Place Like This? (1963), are funny and playful, revealing the heavy influence of the French New Wave. Murray tracks the less-than-stellar gangster career of its title character and features an early instance of Scorsese's signature use of first-person narration for ironic juxtaposition. He also throws in a fairly large-scale musical number for a student film, and closes it out with a hilariously bizarre tribute to Fellini's 8 1/2. What's a Nice Girl meanwhile tells the story of a neurotic young writer who becomes obsessed a photograph until he meets a nice young woman and is momentarily able to forget his obsession. Like Murray, the style is arguably more notable than the story. Scorsese throws all sorts of tricks at the screen, from cleverly deployed stills to no-budget stop-motion animation to more of that unreliable narration. The way he frames images and designs his cuts not only recalls early Truffaut experiments in Jules and Jim and Shoot the Piano Player, but recapitulates the same restless vibe as Brian De Palma's contemporaneous work on The Wedding Party.

The films included in Scorsese Shorts are fascinating for the way they anticipate Martin Scorsese's beloved features (or reflect them in offbeat ways, in the case of the documentary shorts), but that is not their only value. These are just five well-made, extremely entertaining films. They are well worth discovering -- and then revisiting. 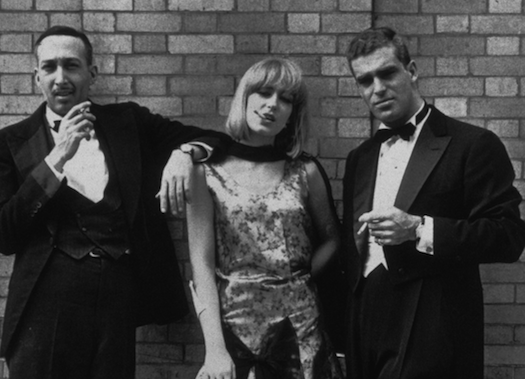 The Blu-ray
Scorsese Shorts is packaged with a booklet featuring an essay by Bilge Ebiri, credits, stills, and various bits of ephemera related to Martin Scorsese's early filmmaking career.

The Video:
All five films have been remastered in 4K, and look relatively stunning in these AVC-encoded 1080p 1.33:1 presentations. There are the inevitable limitations of 16mm shooting stock in terms of stability and clarity, but the black-and-white films have beautifully balanced contrast while the color films are appealingly natural and lifelike.

The Audio:
Like the visuals, the accompanying LPCM mono audio tracks have been painstakingly cleaned up. Some of the source music cues sound a little wobbly, but that's literally part of the charm. The dialogue and sparingly employed sound effects cut through sharply and cleanly. An English SDH option is offered.

(HD, 43:37) - Billed as a conversation, but noted talker Scorsese pretty much holds court. He discusses his early days as a cinephile and how that impacted his first efforts at filmmaking, eventually drawing connections to his most recent works.

Final Thoughts:
These shorts are much more than little-seen curiosities. They are as ingenious and well-crafted as Scorsese's better-known work. While these five shorts have illicitly floated around cinephile circles for ages, it's nice to have a full restored official Blu-ray, complete with informative and entertaining supplements. Highly Recommended. 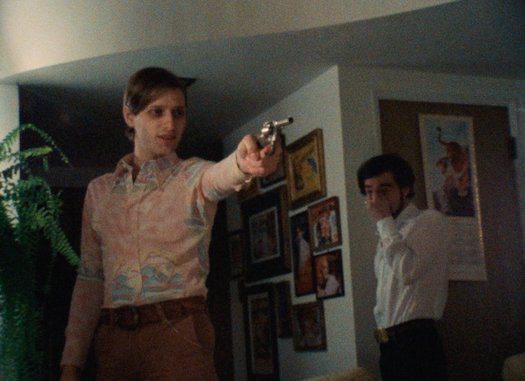