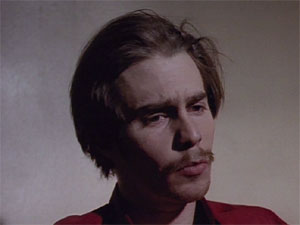 I'll admit it. The only reason I wanted to review this movie was Sam Rockwell. I've yet to see a performance by him that didn't leave me satisfied. In fact, his work in Confessions of a Dangerous Mind made me a fan for life, despite the opinion of my honorable colleague, Mr. Beierle. His ability to be likable, yet dangerous, is one I find to be a wonderful trait.

So with this Rockwell Love out in the open, let me introduce you to one of his early films, 1996's Mercy. This low-budget thriller is directed by Richard Shepard, who is quickly becoming a go-to guy for independent films. It's hard to find someone who really dislikes him films, as they're all at the very least interesting, with some big-name actors, including Adrian Brody, Maura Tierney and now, with his next film, Pierce Brosnan and Greg Kinnear. Each film he's made has been an advance in style and ability for him, so it's interesting to watch what was really his first big movie.

The story may be familiar to those who saw Ransom, as Shepard says that some of the execs behind that Mel Gibson hit originally had optioned this screenplay. A rich man's daughter is kidnapped, and is forced to run a gauntlet in order to get her back. The meat of the story is the kidnappers' motivation for their actions, as the present day actions are explained by revealing their back stories.

There's some real tension as the plot progresses, with a mental breakdown on the part of the father, Frank (John Rubenstein), that's reminiscent of Michael Douglass' crack-up in Falling Down. As he traverses the city again and again, his money is of no help to him, and he must simply find a way to get to the next ringing payphone.

The actors in this film are a mix of professionals and amateurs, but none stand out as being out of their element, which in itself is an impressive feat. The performances here run the gamut, from the tight (Frank's young daughter, played by Rhea Silver-Smith) to the unhinged (Amber Kain's over-the-top Ruby), but not one of them hurts the telling of the story. Rockwell's trademark quirks are in full display, from his dancing to his easy-going smile, and his character actually has an arc that's made easy to believe through his nuanced acting.

The movie is very dated, as it was produced in New York City in the early 1990s, so you see shots of the Twin Towers and a pre-Guiliani Times Square, along with cell phones that look nearly 20 years old. (Note to directors: avoid using cell phones, as the technology moves way too fast to stay relevant.) Despite the nailed-down time frame, the film still works, mainly due to Shepard's efforts to shoot a '70s movie, using old film techniques and trying to find old film stock. The clash of time frames actually results in something of a timeless look. It's almost like an homage to films like Taxi Driver and their gritty, street-level realism, that was actually mainly a result of the technology and materials available.

There are moments in this film, one in particular that I am loathe to give away, where events occur that stretch one's ability to suspend disbelief to new levels. In fact, I don't think I would be amiss in saying that there are moments that are downright bizarre. Even the director has admitted this. But overall, this is a solid film with a good cast, and, of course, Sam Rockwell. If you've enjoyed his work, this is definitely a film worth checking out. Even if you don't like him, it's worth the time to track Mercy down at Blockbuster. 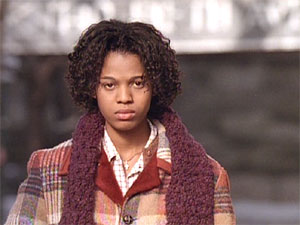 The DVD has an atmospheric, if low-budget looking animated full-screen menu, with a choice of scene selections, trailers and extras. The scene selections break down the film into 10 chapters, each with a scene name and brief video clip. There are no subtitles available.

The video is in full-screen pan and scan, which frustrates the director to no end, according to the commentary. The film was shot in 1:85:1 on 16mm film stock, giving it a gritty, '70s-era Scorcese feel. The encoding averages about 5 mbps, which doesn't help the grainy source material. The colors are somewhat dull during indoor scenes, likely due to the guerilla (read: lowlight) filming techniques used, but outside, they are bright and lifelike. The blacks are pretty good considering the rest of the colors.

Mercy has a standard 2.0 soundtrack that gets its point across well, with a nice mix when music and dialogue meet. The dialogue was "looped" on set, so the dubbed-in sound is very natural. 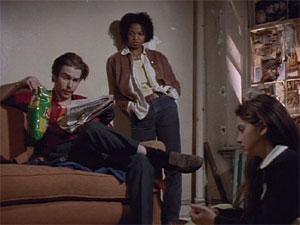 There's one real film-related extra included, but it's a very in-depth bonus. A screen-specific audio commentary with the director is a combination history for Mercy, low-budget film school and editorial on filmmaking as a whole. Shepard is very conversational in his delivery, and there are no holes to be found. He's got a lot to say about everyone and everything even remotely connected to his movie, which, as he explains, cost $52,000, and every penny ends up on the screen. Though he can fall into the "This is great" trap, he is not at all hesitant to criticize the film and himself when he doesn't like what he sees. It's almost as if he's re-editing the movie in his head as he watches.

Also included are five trailers, including one for Mercy, as well as previews for Liar's Poker, Dance with the Devil, Drive and the insane Jack Frost.

After watching Mercy, it's clear that Richard Shepard knows how to deliver a very good genre film that exceeds all expectations brought on by its budget, by many times over. And what's great is that, since this movie, he's only improved. He's also truly a fan of the DVD medium, providing a textbook example of what a commentary can truly bring to the table. Anyone interested in how to make a movie on the sneak and the cheap will be well served to check this disc out. I have no problem recommending this film at its bargain basement price. 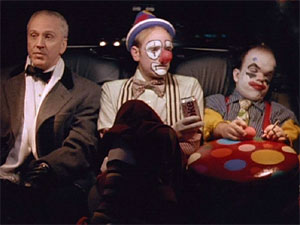