When I first started watching PTU, I was not quite sure what to think about it. The movie started off very slowly and pretty much continued along at a similar pace for the rest of the film. For a while it felt like it was drudging along without much rhyme or reason. About a third of the way into the movie, I started to get a better idea about where it was headed and towards the end of the movie I finally understood it more. It became clear PTU is not a movie to entice viewers with flashy action, absurd melodrama, or bits of slapstick comedy, instead it entertains you by making you think. The movie ends with a realization and understanding about the notion of how a single event can have such a provocative impact amongst many by generating a sequence of events. 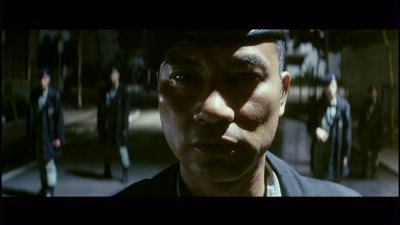 The story behind PTU is about a sequence of events and how they connect several cops together. The cause of the events is a stolen gun. The first character the movie focuses on is Sergeant Lo Sa of the Anti-Crime Division. Lo goes into a restaurant for a meal, where he runs into a punk named Ponytail and his group of ruffians. Ponytail is the son of a gangster named Bald Head, who is a man feared by his peers and even the police. However, Lo has no fear of the man's son. So he disrupts young Ponytail's meal, which leaves him furious. Seeking retribution he has his friends deface Lo's car. When Lo leaves the restaurant, he runs into one of Ponytail's gang members covering his car with paint. Lo chases after him and he is later ambushed by the rest of the Ponytail's friends. Lo gets beaten up and they steal his gun in the process.

Then the next major player in this movie is introduced. Sergeant Mike Ho of the Police Tactical Unit (PTU) reports to the scene where Lo was beaten and his service revolver was stolen. Lo and Mike decide to work together to find Lo's missing gun to keep him out of trouble. After they part, Ponytail is murdered and the next character is introduced. Homicide detective Leigh Cheng from the Criminal Investigation Department is in charge of the investigation into Ponytail's death. After a brief analysis of the situation, it comes to Leigh's attention there is something terribly wrong with Lo. He has clear connection with crime lord Eyeball, who happens to be Bald Head's greatest rivals and also the most likely suspect as Ponytail's murderer. 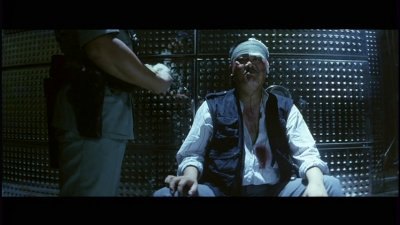 The movie begins to focus on the events created by these situations. Mike and Lo desperately try to find the missing firearm, Leigh is convinced Lo is a corrupt cop and she is determined to uncover the truth, and crime lords Eyeball and Bald Head are at each other's throat with Lo caught in the middle. The suspense builds slowly as these events unfold into something much more complex. The movie is not just about Lo trying to get his gun back. Instead it is more about the unfortunate luck of how the single event could develop as such and affect everyone involved.

Overall I thought PTU was a decent movie. At first it wasn't terribly entertaining and quite frankly, at the end, I wasn't memorized. I thought the movie was appealing because it made you think. It is one of those films I think is worth watching (even though it can be hard to sit through at times), but it is definitely not one I could imagine wanting to watch over and over again. 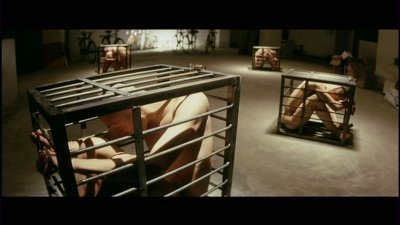 
Video:
The video is given in 2.35:1 ratio anamorphic widescreen color. The picture quality looks great. PTU is a very dark movie and it handled its darks in the picture very well. Many DVD releases get pretty heavy with grain in darker scenes, but this was not the case with PTU. While there is a slight grain with minor compression artifacts, it still looks pretty sharp.

Audio:
The audio comes in 5.1 Dolby digital surround in Cantonese and Mandarin. There is also a 6.1 DTS track in Cantonese. I couldn't sample the DTS track, but the 5.1 tracks sounded good. They were dynamic and took advantage of the surround sound setup quite well. This release also comes with subtitles in English, traditional Chinese, and simplified Chinese.

Extras:
The special features included with this DVD release are not particularly exciting. There is a Trailer for the movie, Data Bank, a movie synopsis and cast & crew information (in Chinese and English), Best Buy, a trailer for an odd looking show, and Director Actor Interview, a seventeen minute interview featurette in Chinese. I didn't find any of the extras include too exciting.

Final Thoughts:
When I first started watching PTU, my impressions were pretty low. However towards the end of the movie they changed and once the movie started to make sense, it was much more tolerable. I think PTU turned out to be something much better than it appeared to be. It unfolded a sequence of events from a missing handgun and connected several characters together in manner that was not necessarily entertaining, but intriguing. PTU while not a great movie can still be entertaining to watch.