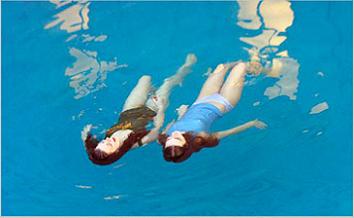 The Film:
On a crowded street corner somewhere in Argentina Amalia (Maria Alche), a fifteen years old catholic girl, experiences something strange. A middle aged man, Dr. Jano (Carlos Belloso) intuitively brushes up against her and quickly disappears in the crowd. Confused, intrigued, and somewhat puzzled Amalia begins to question the century old dilemma of religious morality versus sexual liberation. Amalia appears visibly engrossed by Dr. Jano who is in town for a medical convention which incidentally happens to be in her family-run hotel.

Deeply reminiscent of some of Pedro Almodovar's more recent controversial works (Bad Education comes to mind) Lucrecia Martel's latest film La Nina Santa (The Holy Girl) is an extremely subtle tale that plays with the moral perceptions of a society where religion is considered very seriously. Not to sound too cliché but I did indeed watch this film twice to see "how deep the rabbit hole goes". There is certainly plenty of suggestive material in La Nina Santa and Argentinean-born Lucrecia Martel most definitely has created a colorful mix of human characters where everyone has a secret story to reveal.

In the family hotel where Amalia spends most of her time there are plenty of temptations that are in harsh contrast with the utterly serene atmosphere reigning in this battered by time building. Latin passions often run rampant and though not directly shown on the screen the mischievous deeds of those living in the hotel are certainly detectable from what we learn in the dialogs exchanged between the main protagonists. Things however turn out even more complicated with the arrival of Dr. Jano who quickly captivates the attention of Helena (Mercedez Morgan), Amalia's mother. Quickly Dr. Jano finds himself trapped between a needy mother and her equally curious daughter who is convinced that she must deliver the doctor from his sins. But can a fifteen years old girl change the life of a man with a respectable profession and unquestionably different understandings about life?

La Nina Santa certainly feels like a modern-day Argentinean take on the classic Lolita where religion has been used as the foundation for a complex film that indirectly targets the country's perception about morality. Make no mistake however the masterful camera of Lucrecia Martel is anything but judgmental. Suggestive, partially revealing, perhaps inviting discussion, yes, but it is certainly not disparaging. That is why I think Lucrecia Martel is a step behind Pedro Almodovar as typically he appears more daring in his films taking on well known controversial subjects or simply challenging societal perceptions. Certainly however the impact which Almodovar has had on this film could be sensed through the manner in which the narrative is structured. After all he does appear to be La Nina Santa's executive producer. 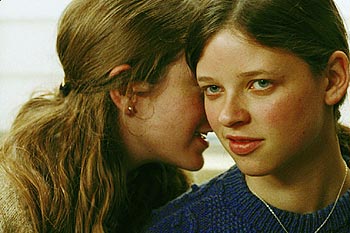 With inspiring performances that elevate La Nina Santa to more than a morality tale with a few dramatic overtones this recent Argentinean feature offers just about the right mix of style and substance. At times the film actually comes off as more convincing than one might have hoped it would be-the acting is strong, not overdone as it might have been given the subtlety of the plot, and the camera work superb. The strongest quality of La Nina Santa however is its elusive nature, the ability of the film to deny its viewers immediate gratification. We hardly see films anymore that invite their audiences to interpret what they have seen long after the end credits roll. It seems like the standard nowadays is to make everything as transparent as possible and neatly pre-masticate it for the audiences to swallow. La Nina Santa is a pleasurable exception.