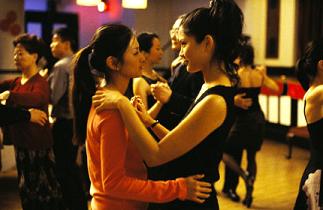 When talented Manhattan surgeon Wil (Michelle Krusiec) discovers that her 48-year-old mother Hwei (Joan Chen) is pregnant she is literally out of words. How can her quiet, often-reserved, and extremely conservative mother make such a mistake? How will the local Asian community respond to the news once everyone finds out about it? There is no time to waste…Hwei will have to find a decent man to marry and partially save the fading reputation of her family. But it seems like finding Mr. Right for Mom may not be the only problem in town. Wil has just met Viv (Lynn Chen) and is now madly in love with her. That's right…Will is gay!

Films that deal with immigrant communities and the rules according to which they exist have often been a hit-and-miss story for me. Some of them I liked quite a bit (Little Odessa) and some of them I didn't (Blood In Blood Out) but I always found it fascinating to see that different directors tend to focus on different aspects of what we perceive as the "immigrant experience". Director Alice Wu's Saving Face seems to be offering a very interesting look at the Chinese-American community and its often strict understandings about sexuality, morality, and everything that comes in between. The film certainly brings a fresh look at two different generations of Asian-Americans struggling to overcome the social stigma which their own culture has imposed on them.

Saving Face is clearly a film about perceptions, the right, the wrong, the unfortunate ones. Under the safe veil of a comedy feature which does not take itself too seriously Alice Wu's Saving Face goes deep behind the clichés your average domestically born and bred American is likely to have about Asian-American communities (in this particular case the Chinese-American community). The importance of tradition, the emphasis on preserving the mother-tongue, the inability of the older generation to accept the fact that a "normal" girl could fall in love with another girl…these are all issues that Alice Wu addresses in a uniquely subtle way.

Unfortunately for a long time the film tiptoes undecidedly between being a comedy with a twist and a more serious film asking some important questions. I absolutely loved the manner in which the story evolved yet towards the end of the film I felt a bit disappointed as it seemed to me that Saving Face decided to bet on the "safer" genre and therefore be a comedy that would appeal to as big of a crowd as possible. I thought that the film had a much bigger potential and the acting was more than convincing had Saving Face decided to explore a different direction and adopt a rather edgy look. 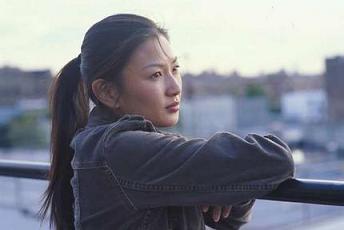 Regardless of how you see this film, a comedy or an honest depiction of a certain immigrant community and its struggles to adapt, Saving Face is indeed a surprisingly good film. Being Alice Wu's debut feature I am pleased to see such a mature approach to some very delicate issues that could have easily transformed this picture into a total disaster. The cultural taboos which Saving Face challenges and especially the portrayal of the love relationship between the two young Asian girls were presented with a finesse that many established Hollywood directors can only wish they had in their arsenal. I think that the future is certainly bright for Alice Wu and I look forward to her next project.

-An audio commentary with the director Alice Wu

-Behind the Scenes of Saving Face

-a gallery of trailers for other Sony Pictures releases