I have decided to begin my review of Ziad Doueiri's Lila Dit Ca a.k.a Lila Says in a rather unconventional manner. I would like to address Sony Pictures and their decision to digitally manipulate/blur a portion of the film which they deemed unsuitable for the North American market.

It seems like every once in awhile someone in America enthusiastically adopts the role of a judge, censor, and morality watch-dog, all at the same time, by making some very strange decisions. With the upcoming release of Ziad Doueiri's Lila Says, winner of the Best Actor Award (Mohammed Khouas) and the Best Screenplay Award (Ziad Doueiri) at the Gijon International Film Festival in Spain, Sony Pictures have decided to digitally blur approximately 15 seconds from a scene revealing a comics book conveying a sexual act between a girl and two men. I am stunned and utterly disappointed to see such blatant act of censorship from a studio which prides itself as being one of the leaders in the business of film distribution.

I wonder sometimes what are the motives behind such a decision, how "degrading" it is to see such a scene in a foreign-produced film, how many parents will now sleep better knowing that a "morally-disturbing" film has been successfully sanitized for the domestic market? I also wonder how individuals such as the one at Sony Pictures who initiated and more importantly approved such ridiculous intrusion in the work of a foreign-based director (did anyone bother asking Ziad Doueiri for permission) would have acted if he/she would have had the power to "revisit" the works of Rembrandt or Balzac? I wonder if I should trust the studio with their plans to "celebrate" one of the most important directors of our time, Pedro Almodovar, with a commemorative set including his most renowned works, currently planned for a 2006 release. I wonder if someone would step up and claim responsibility for this most disturbing act of censorship I have witnessed in recent years? 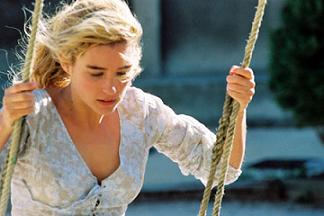 Somewhere on the outskirts of Marseilles Lila (Vahina Giocante) has just captivated the heart of Chimo (Mohammed Khouas), a lonely Arab with a passion for writing. Unfortunately Chimo's friends, most of them poor and unemployed men from the local Muslim community, have now laid eyes on the beautiful blond girl as well. In a part of town where there are more satellite dishes than trees and more unemployed men than running cars it seems like this would be one long and hot, very hot summer.

A beautifully shot film that would undeniably spur some, in my opinion well-deserved, comparisons with the classic Stanley Kubrick film Lolita (1962) Ziad Doueiri's Lila Says most certainly deserves all the controversy that followed its European premiere. Delicate, full of passion, at times intentionally provocative, this is a film that combines perfectly the sweet charm of Jean-Pierre Jeunet's Amelie (2001) with the brutal reality of Mathieu Kassovitz's La Haine (1995). Delivering an uncanny feel of eroticism, pure and innocent, with a steady dose of cinema verite Lila Says is one pleasurable journey of a film. 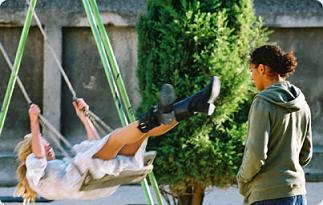 Based on the controversial work by Chimo, a mysterious writer whose book became an instant bestseller in France, Lila Says seems to be enjoying the fame of a film too risky for mainstream audiences yet too charming to resist. Certainly the explicit dialog, the provocative camera work, and the unconventional finale of this film have done their fare share to grant Lila Says a fame that most "true" love stories shy away from. There is simply too much in this film that anyone unfamiliar with the racial tensions in France (it is somewhat ironic seeing this film receive its US premiere only weeks after the deadly riots that swamped France) would deem as too naïve, perhaps a bit pretentious. Nothing could be father from the truth. With an excellent lead actress, an elegantly put together script, and a mesmerizing soundtrack relying on the hypnotic beats of Air, Nitin Sawhney, and a wave of fresh French-Persian artists this film is easily the best romantic story to reach American shores in 2005.

There is plenty in Lila Says that would force the little prude in you to nervously move in your comfortable chair wondering precisely where the story is heading. From the moment Lila asks the speechless Chimo if he would like to "see her pussy" to the almost documentary-like depiction of a group of Muslims being interrogated in a most uncompromising manner by the French police this is certainly a film that feeds off visual contrasts. However, aside from the visual power Lila Says unveils there are also plenty of social overtones which address the variety of cultures modern-day France seems to be harboring. Whether or not they manage to compliment each other in a society where racial tensions are running high you would have to see Ziad Doueiri's film and find out for yourself. 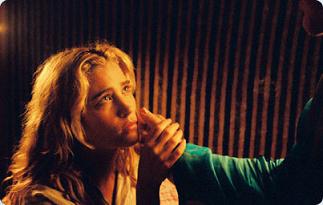 I find it more and more difficult nowadays to discover that special film where the performances, the story, and the music all blend together in something unforgettable, something special that would leave you breathless long after the end credits roll. Almost six months ago Lila Says did the impossible. I managed to obtain an early Dutch copy of this beautiful film and I suppose it is fair to say that ever since the DVD arrived in Chicago I have seen it a dozen times. There is also a bit of a mystery with this film as until recently there was hardly any information to be found regarding the soundtrack to Lila Says. At least finally the film has made it to North America…though badly "sanitized". 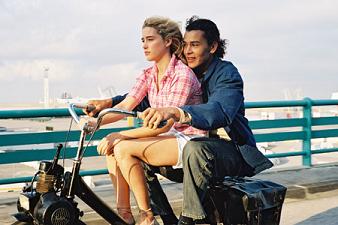 Presented in its original aspect ratio of 1.85:1 and enhanced for widescreen TV's Lila Says looks quite well. Flesh tones are well rendered, contrast appears satisfactory, and edge enhancement is kept to a minimum. I did notice a bit of mosquito-noise during the second half of the film but to be honest I don't think that it would detract from your viewing experience. Furthermore, the print appears to be in excellent condition and I did not notice any damage or distracting "dirt". All in all this could have been a great package if not for the insulting digital manipulation. (*Please note that all photos in this review are "media-shots" and are not directly taken from the DVD herein discussed).

Presented with a French 5.0 audio track the DVD sounds quite well. The excellent dreamy soundtrack comes along rather well though I can not stop thinking that Lila Says would be quite an experience if one were to view it with a crisp and sharp DTS track. Wishful thinking I guess…it is a foreign "unconventional" film after all and we are talking about a major US studio here. With optional yellow English subtitles.

Nothing but a few trailers for other upcoming Sony releases!! (Did you expect anything else…).

What a beautiful film!! Edgy, poetic, honest, and above all simply mesmerizing! The story is almost hypnotic. And with a soundtrack that rivals some of the best that the famous Buddha Bar series have delivered Lila Says must make your top 10 list this year. I am torn between granting Lila Says a HIGHLY RECOMMENDED mark (the film is certainly one of a kind) and soothing the angry man in me with a SKIP IT mark (for presentation purposes). I waited more than six months for a nice English-friendly release, and now that I have the official R1 release in my hands the disappointment which Sony have provided me with has left a bitter, almost painful feeling in me. They (Sony) should certainly recall this disc and provide the US-market with a deserving, untouched by the hands of prude-censors, release which Lila Says rightfully deserves. Or place a big sticker on the cover announcing that "this film has been digitally corrected/blurred for your viewing pleasure/displeasure". At least people would know what and who they are supporting with their hard-earned dollars.