Hostel is not a "boo!" sort of horror flick. It's not about stalkers in dark corners or monsters under the bed. It's about the evil that men often do, if not necessarily in real life, then certainly within really nasty horror flicks like Hostel. It's the kind of movie that leaves you walking out of the theater on a horror-high, but also quietly thrilled that you're still safe, sound, and presently flipping through a DVD's extra features on the comforts of your own couch. This is a grim, gory, and unapologetically grungy piece of "survival horror," and if the flick takes its good, sweet time getting to the meat of the matter, it's because Roth is having such a good time teasing you with the promise of inevitable unpleasantries. 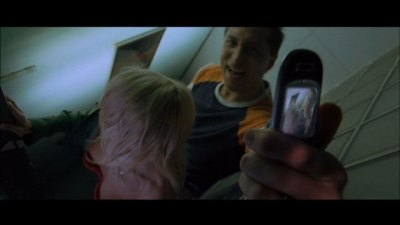 Yeah, it's that kind of movie, which means that if you go see it and you get all offended, you've nobody to blame but yourself.

If the second half of Hostel is laden with grimy gore, sleazy slashers, and disturbing dispatches, then the first is more or less a mild remake of An American Werewolf in London, mixed with liberal doses of Porky's-style boobiness. It's during this stretch that we get to know our three semi-heroes: Josh is the sensitive guy, Oli is the goofy horn-dog, and Paxton is the petulant leader. Some might argue that the "non-horror" section of Hostel (which runs about 40-some minutes) is too long, leering, and indulgent, but I found that this section lulled me into somewhat of a "comedy" vibe, so when the gristle really started hitting the grills, many in the audience simply weren't prepared for it. (Suckers!)

And if you bother to look for it, Hostel actually contains some fairly nifty subtextual themes. The three young men are ruled by their libidos to an almost satirical degree, and all they're interested in is getting their hands (and other parts) on some fine female flesh. But there's a satisfying turnabout that occurs as Hostel grows darker, because our three horny heroes are now the "meat" -- and the way their own flesh is utilized by others is pretty damn alarming. In addition to being "about" nasty jolts, bare breasts, and goopy gore, Hostel is also about the ways in which we use the bodies of other people, and how it's rarely done in a wholesome or unselfish fashion. 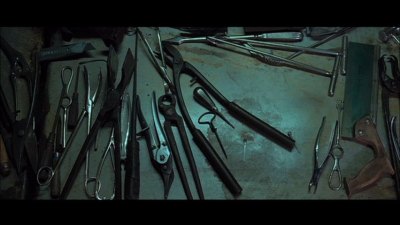 As he proved with his first effort, 2003's Cabin Fever, writer/director Eli Roth has a real passion for fratboy humor and hardcore splatter, and Hostel balances both components quite effectively. While the movie's never fall-down funny or terrifyingly scary, Roth combines the ingredients with enough of a balance to keep you off-kilter. The film is made for people who like "extreme" horror, and while that's obviously not a guarantee that all gorehounds will dig the Hostel menu, I'm of the opinion that this flick is a whole lot better than most of what passes for "horror" these days. Frankly I'd take the last 40 minutes of Hostel over just about any genre film with a big-studio label on it, because, great movie or not, this scrappy little movie exhibits a real affection for the old-school grindhouse horror flicks.

("Unrated" Note: This is the theatrical cut with "27 seconds of extra eye goo," as Roth puts it.)

Video: Anamorphic Widescreen (2.35:1), and it's quite an excellent transfer indeed. 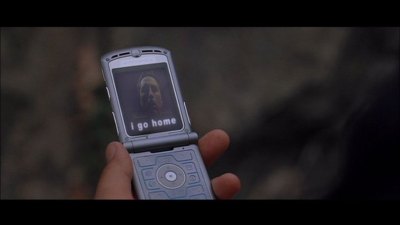 Four, count 'em, four audio commentaries come attached to the flick, which should give the horror fans some extra value for the money. Plus they'll have a new track or two to enjoy next time they're really bored.

#1 is writer/director Eli Roth and executive producers Quentin Tarantino, Boaz Yakin, and Scott Spiegel. (I spun track while writing this review; it's as fun as I thought it'd be, with Roth and QT running the show, and Spiegel & Yakin providing some solid input throughout.)

#2 is Roth, actors Barbara Nedeljakova and Eyethor Gudjonsson, editor George Folsey Jr., and web author Harry Knowles. This is a very good track, which begins with Roth and his pal/hero George Folsey for about 33 minutes, moves into Roth and AICN's Harry Knowles (via phone) for about 20 minutes, and the filmmaker finishes up with his sexy leading lady (Nedeljakova) and (also by phone) his insane Icelander (Gudjonsson) for the remainder of the movie. As usual, Roth acts as both commentator and interviewer, squeezing some solid answers from his co-conspirators.

#3 is Roth, producer Chris Briggs, and documentarian Gabriel Roth. This one is the "producer's" commentary in which Roth, his brother, and one of the flick's producers focus on the nuts & bolts production angle. This one's a bit more laid-back than the other tracks, but it's still full of fan-friendly tidbits and information.

#4 is Roth, all alone and by himself. The enthusiastic filmmaker says this track is for the aspiring filmmakers, and he rambles through another 90 minutes of pre-production inspirations, on-set war stories, and various other topics. Despite this being chat-track numero cuatro, Roth just never runs out of stuff to talk about.

Hostel Dissected is a 3-part behind-the-scenes piece that runs about an hour. It's actually an excellent little documentary that's full of pre-production in Prague, on-set mayhem, grungy gore effects, off-kilter interview segments, and (of course) a tongue-in-cheek vibe that runs throughout. Very fun stuff.

Kill the Car! (Multi-Angle) allows you to switch between three alternate cameras as a bunch of Czech kids go nuts and destroy a car.

Rounding out the extras is a trailer bin full of When a Stranger Calls, Silent Hill, The Cave, Underworld: Evolution, The Exorcism of Emily Rose, Boogeyman, The Fog, and Ring Around the Rosie. 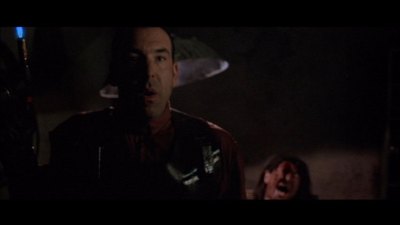 I suspect that Hostel will, as many genre flicks do, divide moviegoers right down the middle, regardless of whether they're hardcore horror-heads or not. Some will see a simplistic and transparent take on concepts cribbed from the original Texas Chainsaw Massacre, while others will see some familiar conceits dressed up with a nasty new coat of paint. Me, I think it's a pretty darn fine piece of horror-making ... although obviously stuff like this is not for everyone. If hardcore horror is your cup of tea, consider this DVD Highly Recommended.

(Portions of this review have been reprinted from my theatrical review of Hostel -- cuz I wrote the thing 80-some days ago!)