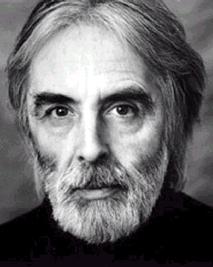 For Georg (Dieter Berner), Anna (Birgit Doll) and their young daughter life could not be any better - he has been just promoted, she is madly in love, their daughter is healthy and strong. Yet, the melancholy that has overtaken the big suburban house where the young family resides is slowly but surely taking its toll. Out of nowhere Georg and Anna decide to demolish everything they have.

A film of extraordinary power Der Siebente Kontinent a.k.a The Seventh Continent (1989), Michael Haneke's directorial debut, is a disturbing chronicle of self-destruction told over the span of five years. The story is structured in a manner that very much reflects the director's minimalist ideology where music, prolonged dialogs, or fancy camera moves are completely omitted. In fact, much of the narrative in Der Siebente Kontinent is presented in a manner where it almost feels as if one is viewing a made-for-TV reality show. Between each scene Haneke often allows three to four seconds of complete darkness asking his viewers to recollect their thoughts.

In an interview provided for this DVD release Haneke explains how he came up with the idea for Der Siebente Kontinent while on a trip to Greece. The director then proceeds to explain his intentions of creating a film with a heavy social message reflecting on an issue many modern societies are plagued with: alienation. And indeed I could hardly think of another film that unveils such a disastrous picture of a family forced to channel their frustration through some quite abnormal deeds. Or at least so they seemed to me after I followed the first part of Der Siebente Kontinent where nothing unusual happens. The finale to this film is indeed unexpected, shocking, and most disturbing.

I became exposed to Der Siebente Kontinent much later in my affair with the Austrian director, in fact, long after he had achieved deserved recognition with Funny Games (1997). At the time I had only seen Benny's Video (1992) and the sheer anger these two films revealed was so foreign to me that I had no basis for comparison whatsoever. The minimalist style, which obviously was something Haneke was fascinated with even in Der Siebente Kontinent, became an element of his work that I would always find intriguing. His stripped of unnecessary glamour narrative was what separated Haneke from the rest of the European directors and to this day he has hardly changed anything about his creative philosophy.

The films of Haneke rarely seek to understand the actions of its protagonists. In Der Siebente Kontinent what the viewer sees on the screen is a product of the director's desire to raise awareness, alarm societies, make a statement. It is reality that the Austrian director seeks to critique and those unable to handle the ugliness of the world we live in will have a difficult time understanding his mission.

Those of you who have already seen the reviews for Funny Games and Benny's Video probably have a good idea what to expect here: a PAL-NTSC port of Der Siebente Kontinent. This is indeed the case once again however there are even more issues with this release which I am unsure how to justify. While the French print for this film appears of near pristine quality what KINO have offered here is quite puzzling. The print is quite jittery, colors are often unstable, and in the first 15 minutes of the films I noticed (for about 15 seconds) a tiny white line that splits the screen in half. This is indeed quite disappointing because while the other two releases were indeed improper ports at least they had a manageable video quality. With this release I would not go as far as to claim that it is acceptable for an evening viewing. Indeed this is once again a missed opportunity by KINO who had the chance to establish themselves on the market in the light of the upcoming CACHE release and the fact that at present there is no other English friendly release of this film. Presented in 1.78:1 and enhanced for widescreen TV's.

Presented with its original Dolby Digital German 2.0 track the film sounds acceptable but not great. Occasionally I would hear minor hissing which could have been cleaned up a bit (and yes I am aware of the low budget status of this film). All things considered the audio presentation just about matches up the video presentation which is not that great of a compliment!! With optional English subtitles.

In a familiar fashion this DVD release offers another segment from the lengthy interview with Michael Haneke found on the French set. This time around the director speaks about Der Siebente Kontinent and the manner in which the film was made possible. This is indeed a fascinating interview as it practically provides everything you might want to know about Haneke's directorial debut.