Charming 35 year old virgin Nello Balocchi (Neri Marcore) is sent to a school in the heart of Bologna where he must teach Latin literature. At ease with poetry but incapable of winning women's hearts Nello will encounter a special person (Vanessa Incontrada), who will finally teach him the secrets of love and carnal pleasure. But when Nello's father Cesare (Giancarlo Giannini) arrives in Bologna to meet the woman who has stolen his son's heart something unusual happens.

Winner of the David di Donatello Award for Best Director Pupi Avati's charming Il Cuore Altrove a.k.a Incantato (2003) about a man who would learn that there is always more in love than what the eye could see is indeed a film of subtle beauty. The warm colors, the breathtaking locations, even the period costumes very much fit the formula Pupi Avati has been following in his recent films, including his Venice-screened hit La Seconda Notte di nozze (2005), where emphasis on detail is practically overwhelming.

Playing out as part comedy with a twist and part Italian melodrama where the characters are as colorful as one would expect them to be Incantato could have easily been something that Giuseppe Tornatore would scribble. The story offers just the right amount of humor mixed with that typical for Italian period pictures sentimentality creating an environment that many will find quite exquisite. In addition, Pupi Avati has also assembled a cast that appears excellent at improvising their own lines thus breaking the limitations of the script.

What truly elevates Incantato a notch above the rest Pupi Avati has directed in his career is the naivety of the main protagonist (pay close attention how Nello speaks) whose struggles to finally become a man are both laughable and sad. Nello Balocchi's attempts to outgrow the strict family credos engrained in his mind by the preaching of his father are something one would likely associate with a boy, not a man who happens to be a college professor. Yet, we see time after time how the mid-age man struggles to comprehend the reasoning behind his lack of success with women. How unusual, a man who can recite endless Latin poems would often act like a child!! 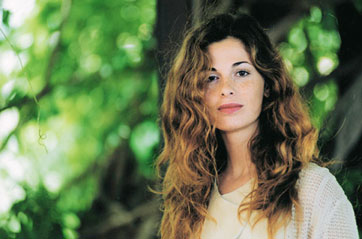 The finale which Pupi Avati has chosen for Incantato is not surprising yet it is particularly effective. Avoiding the heavy tasted and often disappointing resolutions that romantic stories tend to follow in their search to become as pleasing as possible Incantato ends in a very convincing fashion. Whlie leaving plenty of questions unanswered the director's choice provides enough credibility without diminishing the overall very high quality of this production.

Romantic stories could be both quite successful, if done right, and utterly boring, if scripted with a lack of sincerity. Fortunately enough Pupi Avati's Incantato manages to remain believable while being exceptionally charming. The film is full of life and its characters are amongst the most enjoyable I have seen in recent months. The film's success amongst filmgoers at the Cannes Film Festival is well deserved and it is a shame that Pupi Avati and Co. did not walk away with the coveted Palm d'Or.

Incantato was part of the Official Selection at the Cannes Film Festival in 2003 (nominated for Palm d'Or). The film also won the David di Donatello Award for Best Director (Pupi Avati) as well as the Silver Ribbon Award for Best Actor (Neri Marcore) granted by the Italian National Syndicate of Film Journalists.

Incantato comes to North America relatively late, in fact, long after the film made its existence known around Europe and Asia. Unfortunately R1 distributors Wellspring have chosen to rely on a secondary print thus resorting to a PAL master. The result is once again an improperly done PAL-NTSC port which should bother those with progressive high-end set-ups. There is a noticeable degree of "ghosting" present and even though the print is virtually in an immaculate condition the final product is rather disappointing. With this said, everything else is quite pleasing: colors are steady and lush, contrast is of exceptionally high quality, and the print is practically free of any damage. The fact remains however that Wellspring should have converted this print properly. Incantato is presented in its original aspect ratio of 2.35:1 and is enhanced for widescreen TV's.

Presented with a Dolby Digital Italian soundtrack and optional yellow English subtitles Incantato sounds rather well. I am however a bit puzzled why the two English-friendly versions of this film the R4 Australian disc and now this R1 affair offer only a 2.0 mix when the soundtrack so hauntingly beautiful and the Italian R2 DVD boasts a perfect 5.1 mix. If there is a reason for the exclusion of the 5.1 mix (could it be a financial one?) then I would like to hear about it. As it is it is a bit disappointing that English speakers are once again limited only to what appears to be the most basic of options.

Aside from a gallery of trailers for other Wellspring releases there is nothing else to be found (yet other regions offer a tiny bit more).

Some of the best films Pipi Avati has directed are practically impossible to see in North America and we won't discuss why, it is an old story! I was very excited to see Wellspring release this film but why does every European film have to be a PAL-port (once again it is getting old especially when we are now talking about the next generation of DVDs). With this said, even though this DVD has its flaws I am going to recommend it as opposed to giving it a "rent it" mark as I strongly believe that you will enjoy the acting quite a bit. Take Incantato home to your significant other and enjoy the night together!!