When I was a kid, my sister and I had a bunch of "stay up late movies" -- flicks that our mom would always allow us to skip our bedtime for. Some of them were pretty obvious choices: Willy Wonka, The Wizard of Oz, The Sound of Music, etc. But she also thought flicks like The Poseidon Adventure, Silver Streak, and The Frisco Kid were special enough to warrant a late-night bedtime and an extra bowl of popcorn. 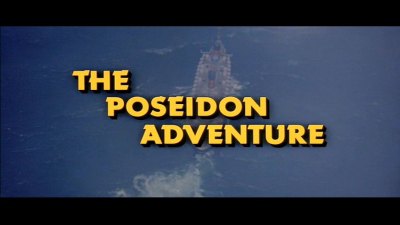 Back in those days, movies like The Poseidon Adventure were the most dazzling treats imaginable ... and with TV commercials they seemed to run about five hours apiece.

My affection for these films has remained strong over the years, so when I learned that an all-new Special Edition of The Poseidon Adventure (AND The Towering Inferno!) were on their way, the semi-dormant nine-year-old who resides inside my brain, well, he woke up and took notice. "We'll stay up late and watch the lovely new transfer and ALL the extras!" is specifically what he said, if you must know.

To my now-sadly-old eyeballs, The Poseidon Adventure holds up just as well today as it did 20-cough years ago. Even as a kid, I knew a lot of it was trite and obvious and a little corny -- but even MORE of it was packed with colorful characters, crazy escapes, creepy occurrences, and a half-dozen truly dazzling death scenes. (Oh, come off it. The death scenes are the icing on the Disaster Movie Cake!)

The U.S.S. Poseidon is enjoying its very last New Year's cruise when an underground earthquake yields a shockingly massive tidal wave ... and flips the giant ship on its head. Inside said ship, nearly everyone dies save for a collection of ten plucky survivors who must now travel up to the bottom of the ship if they hope to earn any sort of rescue.

And it truly is one hazardous adventure.

Along for the water-logged trek are a bossy preacher (Gene Hackman), a gruff policeman (Ernest Borgnine), a former hooker (Stella Stevens), a sweet-natured bachelor (Red Buttons), a shell-shocked singer (Carol Lynley), an efficient waiter (Roddy McDowall), a lovable old married couple (Jack Albertson & Shelley Winters) and a pair of plucky kids (Eric Shea & Pamela Sue Martin). Their goal is to beat the invading waters, circumnavigate an upside-down hell-hole, and avoid the various traps that are created when a giant ocean liner ends up in such an unnatural position.

Obviously, not all of 'em make it to safety.

I think it's the "nasty streak" of Irwin Allen's best adventures that keep them so darn watchable. Every time something gets too sweet or treacly, a character we like is subjected to a particularly nasty demise, and all of a sudden we're glued to the proceedings -- hoping the rest of the gang find a sanctuary, but giddily anticipating the next batch of wet, screaming death. 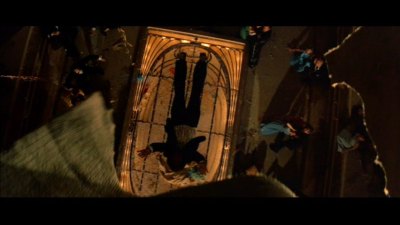 In order for this to work, you need to have some characters worth caring about. And since Stirling Sillphant's screenplay doles out only the most cursory character developments, it's a good thing we have pros like Hackman, Borgnine, Winters, and McDowall to keep the viewers interested. Spectacle can only go so far before a viewer becomes overwhelmed and/or bored, so it's the human connection that keeps Poseidon afloat between the rather intense action bits.

Despite its smoothly-balanced nasty streak, The Poseidon Adventure is pure big-movie escapism of the most engaging variety. The very concept -- escape from a capsized ocean liner -- is enough to keep a movie-watcher interested, but uber-producer Irwin Allen (and director Ronald Neame) are sure to balance the adventure with equal parts wit and broad-yet-likeable humanity. Irwin Allen may have run his formula into the ground before the 70s were through, but his first two tries still stand up surprisingly well today, and if we're making picks for the most entertaining disaster flicks ever made -- my enthusiastic vote goes to The Poseidon Adventure. Easily.

(Three things to focus on during your next trip on the Poseidon: 1. The giant Christmas tree really smooshes a pair of screaming escapees, which is an awesome special effect. 2. Leslie Nielsen plays the ill-fated (and very straight-faced) ship's captain. I kept waiting for him to trip over something or make a goofy face. 3. Gene Hackman sure does scream a lot in this movie.) 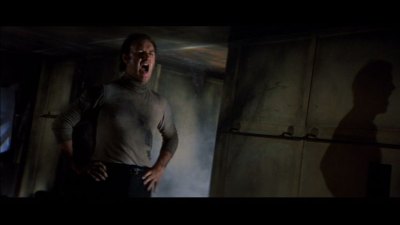 Video: As a lifelong Poseidon fan, I bought the bare-bones release from a few years back, and I'd call this one a huge upgrade. The anamorphic widescreen (2.35:1) transfer represents The Poseidon Adventure at its most consistently eye-pleasing ... and surprisingly crisp. Audio: Dolby Digital 2.0 Stereo (English), Spanish (Mono), or French (Mono). Optional subtitles are available in English and Spanish. Audio quality is quite strong, with tons of creepy groans and underwater moans.

On disc one you'll find a pair of audio commentaries, one with director Ronald Neame, and the other with actresses Pamela Sue Martin, Stella Stevens, and Carol Lynley. Neame's solo-track is classy and crisp, providing lots of insights and anecdotes with only the smallest of slow spots. Also included is a nifty little "Follow the Escape!" option, which allows you to access an on-screen Poseidon map whenever the icon appears during the film. Slight but fun. 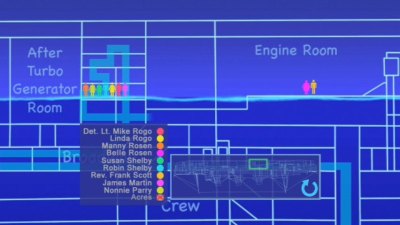 That piece is fine and all, but the brand new featurettes are what the fans will want to check first.

The Cast Looks Back (5:38) -- Sheila Allen, Red Buttons, Stella Stevens, Carol Lynley, Pamela Sue Martin, and Roddy McDowall share their fondest memories from the Poseidon shoot, which is a little strange since Mr. McDowall passed away about seven years ago.

Falling Up with Ernie (4:06) -- Ernie Orsatti, who played Terry in the film, explains how he ended up delivering one of the most memorable "fall" stunts in the history of disaster cinema.

The Heroes of the Poseidon (9:46) -- Vogler, Morrell, Stevens, and professor Christopher Heard discuss the iconic and relgious underpinnings found in this adventure.

R.M.S. Queen Mary (6:21) -- Here we get a little backstory on the legendary ship that helped to inspire Irwin Allen's fictional cruise ship.

Conversations with Ronald Neame holds a trio of interview segments with the filmmaker: Sinking Corridor (3:15), Generations of Fans (3:13), and Turning Over the Ship (2:21).

An American Cinematographer Article from 1972 has been reprinted here, complete with clickable pictures.

Under Galleries you'll find three headings: Marketing (posters and magazine ads), Publicity (head shots and photos), and Behind the Scenes (on-set snapshots). And rounding out the (rather stocked) supplemental disc is a trio of Storyboard Comparisons: Ship Capsizes, The Vertical Shaft, and Saving Reverend Scott. 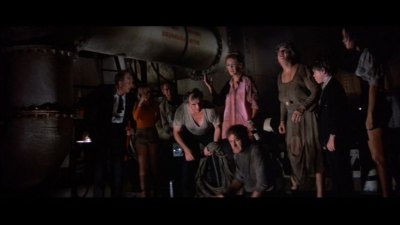 To call this Special Edition an improvement over Poseidon's previous DVD would be a massive understatement. To call it one of 2006's most enjoyable DVD releases so far ... would not. DVD Talk Collector's Series all the way. Get the Towering Inferno SE and have yourself one nostalgically disastrous double-feature!