Warner Bros. // R // June 13, 2006
List Price: $27.98 [Buy now and save at Amazon]
Review by Scott Lombardo | posted June 11, 2006 | E-mail the Author
Opening Thoughts: 2005 turned out to be a mixed bag in regards to films released in the US. King Kong failed to ignite the box office as expected, while Wedding Crashers raked in cash by the truck load. Then along comes a movie like Kiss Kiss, Bang Bang which received acclaim from both critics and fans, but barely reached 200 theaters and went unseen by the masses. Now that the film is available on DVD, does it live up to the buzz it created? 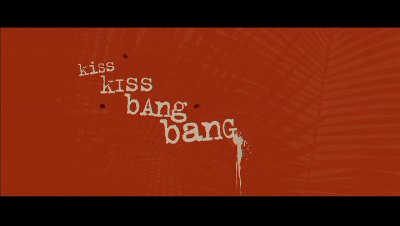 Movie: Trying to summarize the plot of Kiss Kiss, Bang Bang would be an exercise in futility. You know, like trying to skate on an ice rink filled with Jell-O. Kiss Kiss, Bang Bang is one of those films where the less you know about it, the better the experience is. In a nutshell, it's just like any other great drama, mystery, black comedy, suspense, action, noir, romance, thriller. There's plenty of violence, parties, cigarette smoke, cars, murder, severed limbs, bad guys, fog, werewolves, gunplay, sex, torture, robots, fist fights, cops, hospitals, cell phones, ninjas, booze, pirates and pretty girls. Phew... Okay, so I lied. There aren't any pirates or ninjas in the film. But, I'm pretty sure if there were, a lot more people would have saw Kiss Kiss, Bang Bang in the theaters.

One thing that Kiss Kiss, Bang Bang does so well is it doesn't take itself that seriously. This is a film rife with cliché's, but acknowledges what they are and has fun with them. Just when you think something is going to play out like expected, the filmmakers throw in a zig where you thought it would zag. For the most part, this helps the film remain somewhat unpredictable. Even more entertaining is having the narrator (Robert Downey Jr.) be self aware of the film as well as the audience. This engages the viewer directly and provides a more personal experience while watching the film. Not to mention it's pretty hilarious hearing the narrator curse at himself or ask questions to the audience. On the other hand, Kiss Kiss, Bang Bang did feel a little to convoluted at times. However, due to the film's laid back disposition towards itself, it never felt like much of an issue. 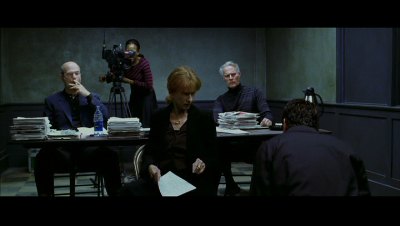 Writer/Director Shane Black does a wonderful job in his directorial debut. Everything from the pacing, editing, shot selection and composition stuck me as being first rate. The film feels like it was helmed by someone with far more experience than Black. Kiss Kiss, Bang Bang was based in part from Brett Halliday's novel "Bodies Are Where You Find Them". While I've not read the book, Kiss Kiss, Bang Bang doesn't feel like it was adapted from any source material. This is no doubt due to the fact that Black has been writing screenplays for almost 20 years, including all the Lethal Weapon movies.

Robert Downey Jr. is better than ever now that's he's supposedly clean and sober. He delivers a very solid performance as Harry Lockhart, the main character of Kiss Kiss, Bang Bang. Co-starring is none other than the "Iceman" himself, Val Kilmer. I've been saying for years that Kilmer has been knocking out some wonderful performances in smaller pictures such as Spartan , The Salton Sea and Wonderland. Proving my theory right, once again he delivers another stellar performance in Kiss Kiss, Bang Bang. Downey and Kilmer share quite a bit of screen time together and that's one of Kiss Kiss, Bang Bang biggest strengths. The pair displayed great chemistry together and it shows what two talented, seasoned actors can bring to the table. Michelle Monaghan (no relation to Dominic Monaghan of "Lost" and "LOTR's" fame) play's Harmony Faith Lane and she lights up the screen with her good looks. Unfortunately, I felt that she was somewhat outclassed by her fellow actors Downey and Kilmer. While this doesn't necessarily hurt the film much, it would have been nice to see a more experienced actress in the role. 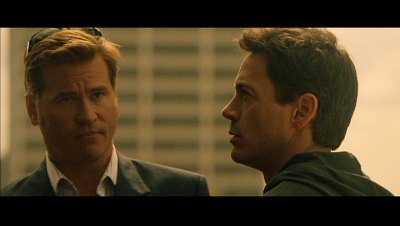 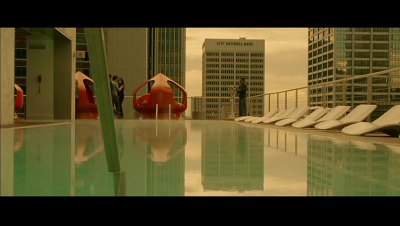 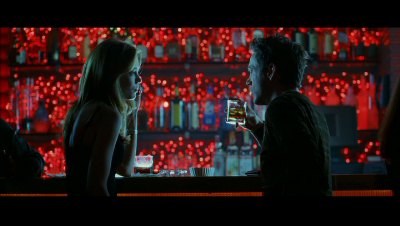 Final Words: Kiss Kiss, Bang Bang only grossed about a third of its $15 million dollar budget in the box office and I find that to be a shame. Much like another of 2005's overlooked movies The World's Fastest Indian, Kiss Kiss, Bang Bang is a refreshingly fun cinematic experience that seems to be so rare these days. With its release on DVD, I think Kiss Kiss, Bang Bang will finally find its audience and get the recognition it deserves. Even though this DVD is lacking in the extra's department, the film itself has great replay value and I can't recommend it highly enough.