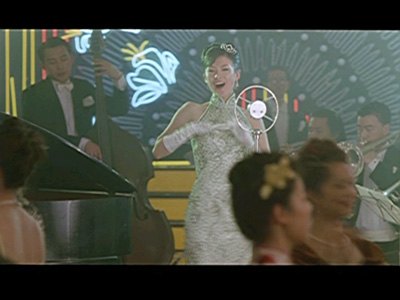 Spanning five generations, Jasmine Women is a multiple-hankie "women's picture." Based on a novel by Su Tong (also the author of Raise the Red Lantern), this grand epic of the struggle of mothers and daughters has a classic Hollywood feel, but replacing the sudsy gloss with a more realistic melodramatic approach Chinese filmmakers have always had a special handle on. Think Zhang Yimou directing Imitation of Life.

Jasmine Women begins in Shanghai in the 1930s. Mo (Ziyi Zhang, House of Flying Daggers) lives alone with her mother (Joan Chen, Saving Face). The two run a photo studio that Mo's mother intends to pass on to her daughter to support the family she'll eventually have. Except Mo has other plans: she wants to be a movie star. The lascivious Mr. Meng (Wen Jiang, Warriors of Heaven and Earth) signs her to his studio, making her dream a reality; that is, until the Japanese invade and he takes off for Hong Kong, leaving Mo pregnant and broke.

Mo and her mother are the beginning of a cycle. The women of their family will always be alone, always left to somehow fend for themselves. Sometimes it is the fault of the man, like the selfish Xia Du (Ye Liu, The Promise), who leaves Mo's granddaughter, Hua, rather than give up his pursuit of a higher education; other times, the man tries to do right, but he can't make it work, such as when Mo's daughter, Lily, goes mad, and her husband (Yi Lu, Seven Swords) is unable to cope. The title song of the movie links all three women, its lyrical narrative not too far afield from the "gather ye rosebuds while ye may" cliché: essentially, cultivate the good now, because tomorrow may not be so bright. 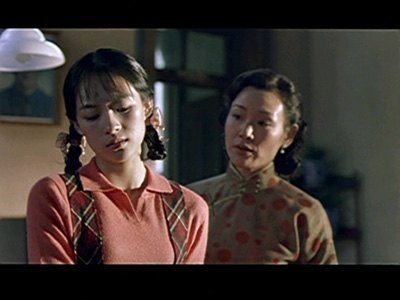 Both Chen and Ziyi play multiple roles. Chen starts off as Mo's mother and then takes over the role of Mo when the younger woman grows older. Ziyi, who won China's Golden Rooster for her performance, plays the young version of Mo, and then the offspring Lily and Hua. Both women are excellent, making each character distinct beyond simple wardrobe and hair changes. As the matriarch, Chen is rigid, but as Mo she is more fragile, a woman who has been hurt and is trying to stand tall in a changing world. Ziyi has more drastic changes to contend with. For her, both Mo and Lily are restless women, both searching for something and finding only disappointment. One woman's failures bring anger, the other insanity. Hua completes the cycle, eventually finding the strength to be self-sufficient that all of her relatives have been striving for, something she can hopefully pass on to her own daughter. Ziyi Zhang has never been better. She is completely assured in her portrayal of the three women, settling once and for all into her much-hyped position as the new queen of Chinese cinema.

Jasmine Women is the second directorial effort of Yong Hou, who is perhaps better known as the cinematographer for Zhang Yimou's late '90s pictures (including The Road Home, Ziyi Zhang's feature film debut). As co-writer of the script, he has structured Jasmine Women into three chapters: "Grandmother," "Mother," and "Daughter." He gives each chapter its own unique color palette. For the first one, set in the '30s, everything is bright green or purple, including the many lovely dresses worn by the actresses at Mr. Meng's film studio. Chapter two spans the '50s and '60s, as communism really took root, and red is the primary color, eventually fading into browns. Finally, in Hua's chapter, set in the '80s, green returns, but more the olive drab of an army uniform. As Hua gains her ground, the colors become stronger, too, giving over to more pure blues and whites. This careful attention to art direction makes the awful DVD transfer more of an atrocity. These colors should come through vividly with all the power Yong Hou intended.

Make no mistake, Jasmine Women is a tearjerker, but except for the last scene, it manages to avoid schmaltz. This is mainly to the credit of the two fine actresses at the heart of the picture. Given all the obstacles their characters must face, one can even forgive the final lapse into treacle, as it feels like its about time one of these ladies got a break. For all the broken promises suffered by its subjects, Jasmine Women comes through when it counts, and as a viewer, the reward gained is a reward shared. 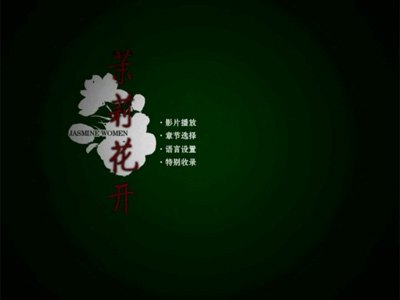 Video:
The picture quality for Jasmine Women is appallingly bad for such a wonderfully shot film. Edges are soft and colors are muted throughout, and there are quite often shifts in consistency that are obvious to the naked eye. Even worse are the flat out errors in quality control. In several instances, when the camera is panning, the picture stutters, stopping momentarily before moving on. Sometimes, phantom lines also appear, almost like shadows being cast by Venetian blinds.

The presentation is letterboxed at 4:3 aspect ratio.

Sound:
Two different Mandarin Chinese mixes: 2.0 and 5.1 DTS, and a third in Cantonese 2.0. The mix is fine, not too tinny and easy to hear, but at different times in the movie, the sound drops out for a second. In one instance, it's particularly frustrating because when it comes back, the sound level (and the picture color) also changes.

The English subtitles are quite poor. Most of the time it's not too tough to make out what is intended, but at other times, several lines of dialogue are run together and kept onscreen until all of the lines are spoken--even when there are pauses in between. Given a notable lack of punctuation, I had to dissect what line went where to suss out the true meaning. There are also Chinese subtitles.

Extras:
Two photo galleries: one of promotional stills, one of various poster designs. There is also a DVD-ROM feature, which I assume is the script broken up over three Microsoft Word documents. It is in Chinese.

The disc also comes in a nice slipcase.

FINAL THOUGHTS:
Rent It. Though Jasmine Women is an involving historical epic, the DVD presentation so far leaves a lot to be desired. Definitely see it, as Ziyi Zhang and Joan Chen's performances are not to be missed, but until someone else puts out a higher quality disc, don't shell out the money to have it in your collection. 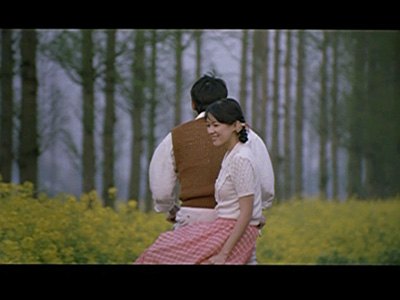