2005 was a banner year for the sport of Mixed Martial Arts and PRIDE FC helped spread MMA across the globe. Pride Fighting Championship is arguably the biggest organization in MMA and boasts some of the best fighters from around the planet. For their 2005 Middleweight Grand Prix, Total Elimination 2005, PRIDE FC put together a downright amazing card. Could it possibly live up to the hype? 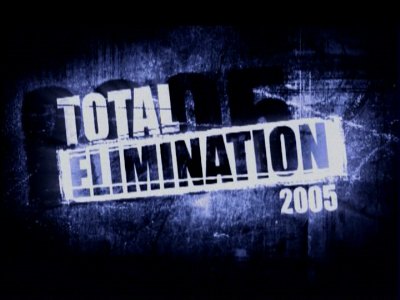 On April 23rd, 2005 at the Osaka dome in Japan, 16 of the worlds best Middleweight fighters (183-205lbs) convened for the first round of a three round MMA tournament, Total Elimination 2005. Some of the biggest names in Mixed Martial Arts from around the globe participating in this event included Wanderlei Silva, Quinton Jackson, Vitor Belfort, Kevin Randleman, Hidehiko Yoshida, Kazushi Sakaraba, Dan Henderson and Antonio Rogerio Nogueira. PRIDE FC is known for their amazingly well produced shows and this one doesn't disappoint. The opening ceremony/parade of fighters was toned down compared to some of PRIDE's other events, but is yet still remarkable. The fight commentator's for Total Elimination 2005 are none other than Bas Rutten and Mauro Ranallo, two of the best in the business. Bas Rutten is not only one of the mostly knowledgeable MMA experts on the planet, but a natural born entertainer that adds a unique voice to the events he covers. Now onto the fights! 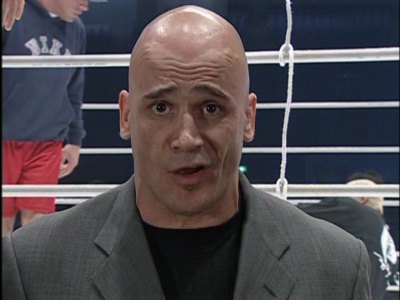 PRIDE FC uses very similar rules compared to UFC and other MMA events except for the following: 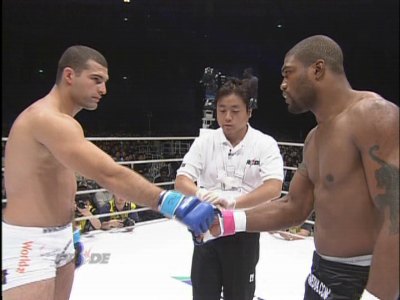 ***SPOILER ALERT*** DO NOT read the rest of this section unless you want to know the winner of each match. 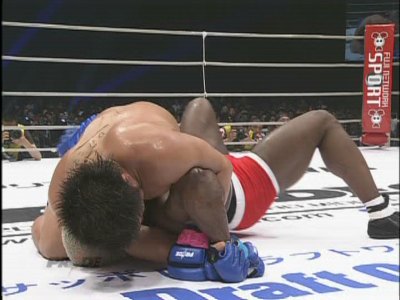 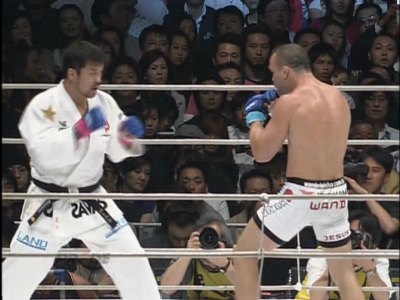 I must say, I was somewhat disappointed after PRIDE FC Total Elimination 2005 came to a close. I expected many of these great matchups to be more exciting and entertaining. And let's face it, nobody likes to see half of the fights of a MMA event to go to decision. On the other hand, these results set up some interesting fights for the second round of the Middleweight tournament, Critical Countdown 2005. In the end Total Elimination 2005 was far from the worst PRIDE FC event, but it was miles away from the best.