International - Yesasia.com // Unrated // June 8, 2006 // Region 2
List Price: $59.95 [Buy now and save at Yesasia]
Review by Scott Lombardo | posted August 2, 2006 | E-mail the Author
NOTE: Although this Japanese Import DVD is NTSC, it is coded for playback in Region 2 only. In order to watch this disc, you'll have to have either a player coded for Region 2 or a Region Free DVD Player.

In 2005 Always - Sunset On Third Street swept not only the hearts of the Japanese people, but also captured 12 of 13 possible awards at the '06 Japanese Academy Awards. With the massive buzz coming out of Japan about this film, I was more than eager to find out what all the commotion was about. I'm usually skeptical about films that garner both critical acclaim and popularity with the masses, but then again I'm more than willing to be proven wrong. 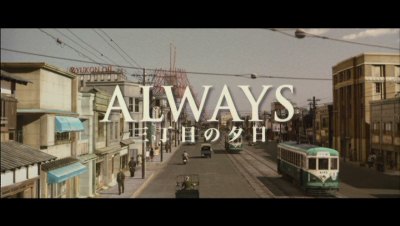 Set in Tokyo in 1958, Always - Sunset On Third Street takes place primarily on 3rd street and follows the lives of some of the residents living there. The film starts off with a young woman from the countryside named Mutsuko Hoshino (Maki Horikita) arriving in Tokyo via train to start her new job at an automobile company. At the train station, Mustuko meets her new employer Norifumi Suzuki (Shin'ichi Tsutsumi) and soon finds out where she'll really be working much to her surprise. Mr. Suzuki does not actually own an automobile company, but merely owns and operates a small, car repair company out of his home called "Suzuki Auto". Mustuko ends up moving in with Mr. Suzuki, his wife Tomoe (Hiroko Yakushimaru) and his young son Ippei (Kazuki Koshimizu). After some initial confusion and some harsh words exchanged, Mustuko (who's now called Roku by the family) settles down and works side-by-side with Mr. Suzuki repairing automobiles. 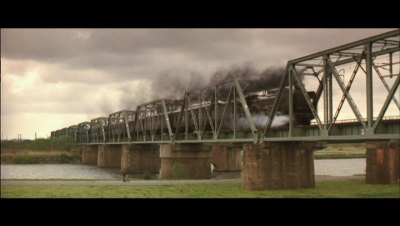 Right across the street from Suzuki's lives Ryunosuke Chagawa (Hidetaka Yoshioka) the owner of a toy/candy store. Ryunosuke is a writer who's fallen on hard times and instead of writing fine literature, he writes children stories for a monthly publication. This has led him to not only be shunned by his family, but made fun of by some of the other residents on 3rd street. One night Ryunosuke finds himself at the local bar down the road swooning over the beautiful bartender Hiromi (Koyuki). Hiromi has recently been entrusted with a young boy named Junnosuke (Kenta Suga) whose mother has abandoned him. After a little too much Sake and some eye-batting by Hiromi, she manages to convince Ryunosuke to watch over Junnosuke. The next morning Ryunosuke wakes up to find Junnosuke in his home and immediately regrets the decision. Before long Ryunosuke discovers that Junnosuke is a fan of his writings and the two grow closer together.

The remainder of Always - Sunset On Third Street deals with both families, their neighbors and everyday life on 3rd street. Seasons go by and it becomes obvious that times are changing in Japan. Throughout the film in the background, the Tokyo Tower is slowly being built. Technology and Western influence are invading everyday life in Tokyo where televisions, refrigerators and Coca-Cola are becoming household items. Despite being just 13 years after the war, effects are still being felt in Toyko by its residents. In the end Always - Sunset On Third Street is a nostalgic "slice of life" that is uplifting, fulfilling and very entertaining. At some points Always - Sunset On Third Street seems to go a little overboard with melodrama, but never quite feels overwhelming. Whatever minute shortcomings the film has seems insignificant to what it ultimately delivers, lasting quality entertainment. 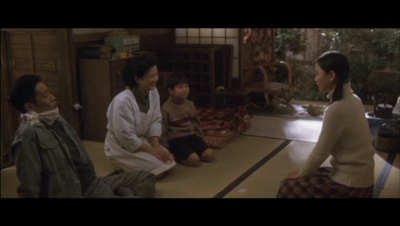 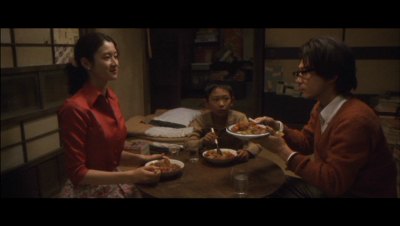 Much of Always - Sunset On Third Street success has to do with the fine performances turned in by many of its actors. Kenta Suga and Kazuki Koshimizu are a few of the best child actor's I've seen in some time. Hidetaka Yoshioka, Maki Horikita and Shin'ichi Tsutsumi also turn in wonderful performances and really help bring you into the film. Of course none of this would have possible without the passion that director Takashi Yamazak brought to Always - Sunset On Third Street. Back in 2002, Takashi Yamazaki impressed me with his sci-fi action romp, The Returner . While it was hardly unique and had several shortcomings, the film made great use of CGI (including Transformer like planes) and was ultimately very entertaining. With Always - Sunset On Third Street, Yamazaki has taken his visual effect knowledge and integrated it perfectly into a traditional setting. The recreation of Tokyo circa 1958 is breathtaking as elaborate sets and CGI blend together to provide an enthralling backdrop. I for one can't wait to see what Yamazaki tackles for his next project. 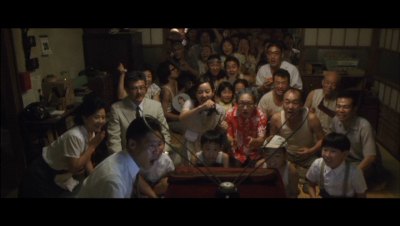 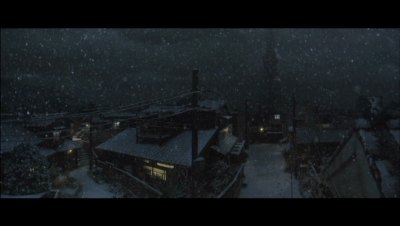 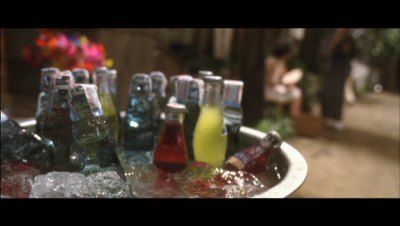 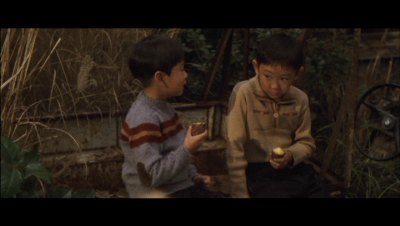